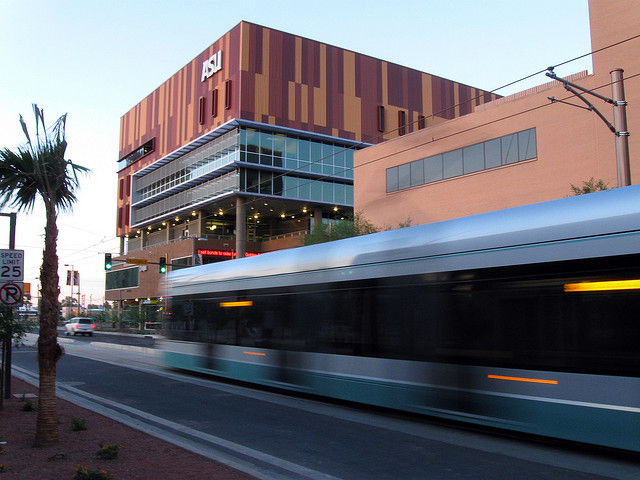 The Downtown Phoenix Partnership has released a new collateral piece that illustrates commuter activity at the eight METRO light rail stops in and around the city’s urban core.  The information represents total boardings in 2012 along the line from McDowell Road & Central Avenue on the north to the stop located near Chase Field at Third and Jefferson streets.  The totals were taken from Valley Metro ridership reports that can be found on their website at valleymetro.org.
The highest number of boardings occurred at the two stops located at Central Station on Van Buren Street.  The boardings drop at the Encanto Station north of McDowell and at the Twelfth & Jefferson Station to the east of Downtown.  This shows that employees, students and visitors are taking advantage of the METRO light rail to access Downtown Phoenix in particular.
A copy of the new piece can be found on the Downtown Phoenix Partnership website at downtownphoenix.com/business/downtown_research along with a wealth of information on Downtown Phoenix.  If you have any questions about Downtown or are looking to locate your business in the most vibrant, urban location in the Valley please contact David Noble at dnoble@downtownphx.org or by phone at 602-744-6408. 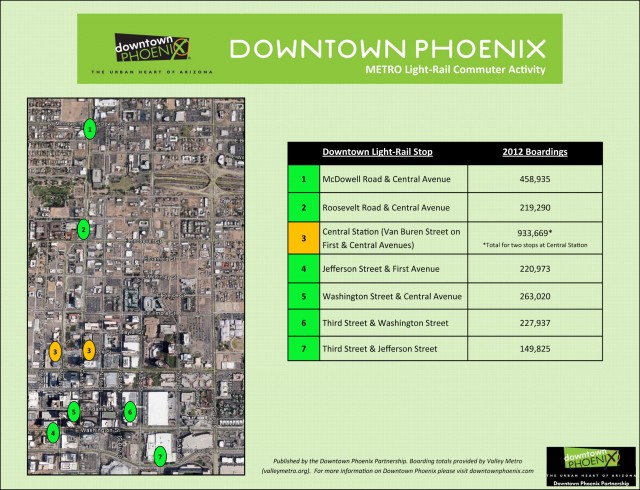