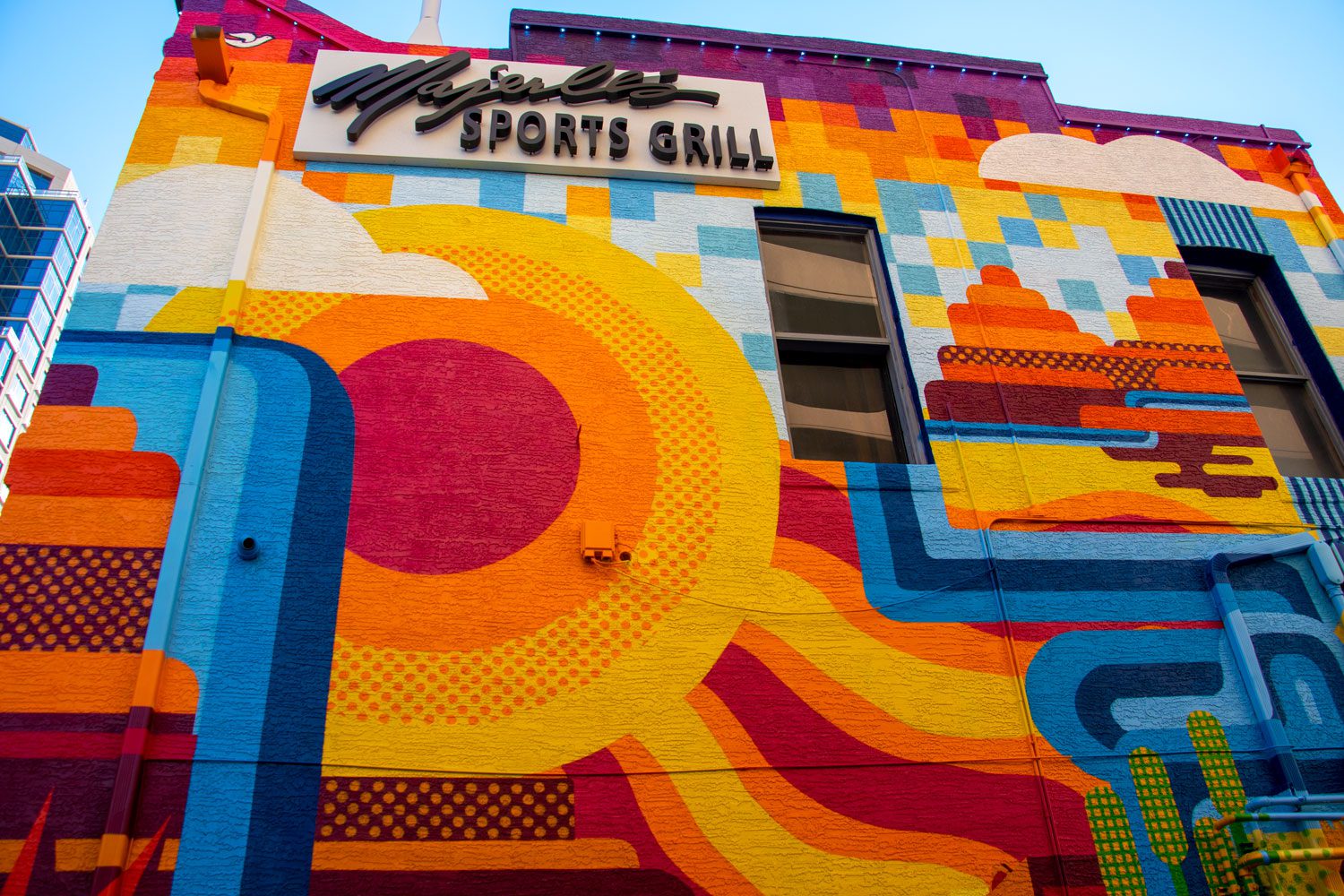 The Fry Building in Downtown Phoenix is one of the city’s oldest surviving buildings. It’s now the home of a new vibrant mural that will also stand the test of time.

“It’s not often that we get such a unique opportunity to bring a dynamic piece of public art to such a historically important building and business,” said R. J. Price, chief marketing officer of Downtown Phoenix Inc.

Located on the northwest corner of Second and Washington streets, the two-story Fry Building was built in 1885 and has served the Phoenix community as a drug store, meat market and the Plaza Boardinghouse on the upper level.

The building has operated as Majerle’s Sports Grill, owned by Phoenix Suns legend Dan Majerle, for more than 25 years. 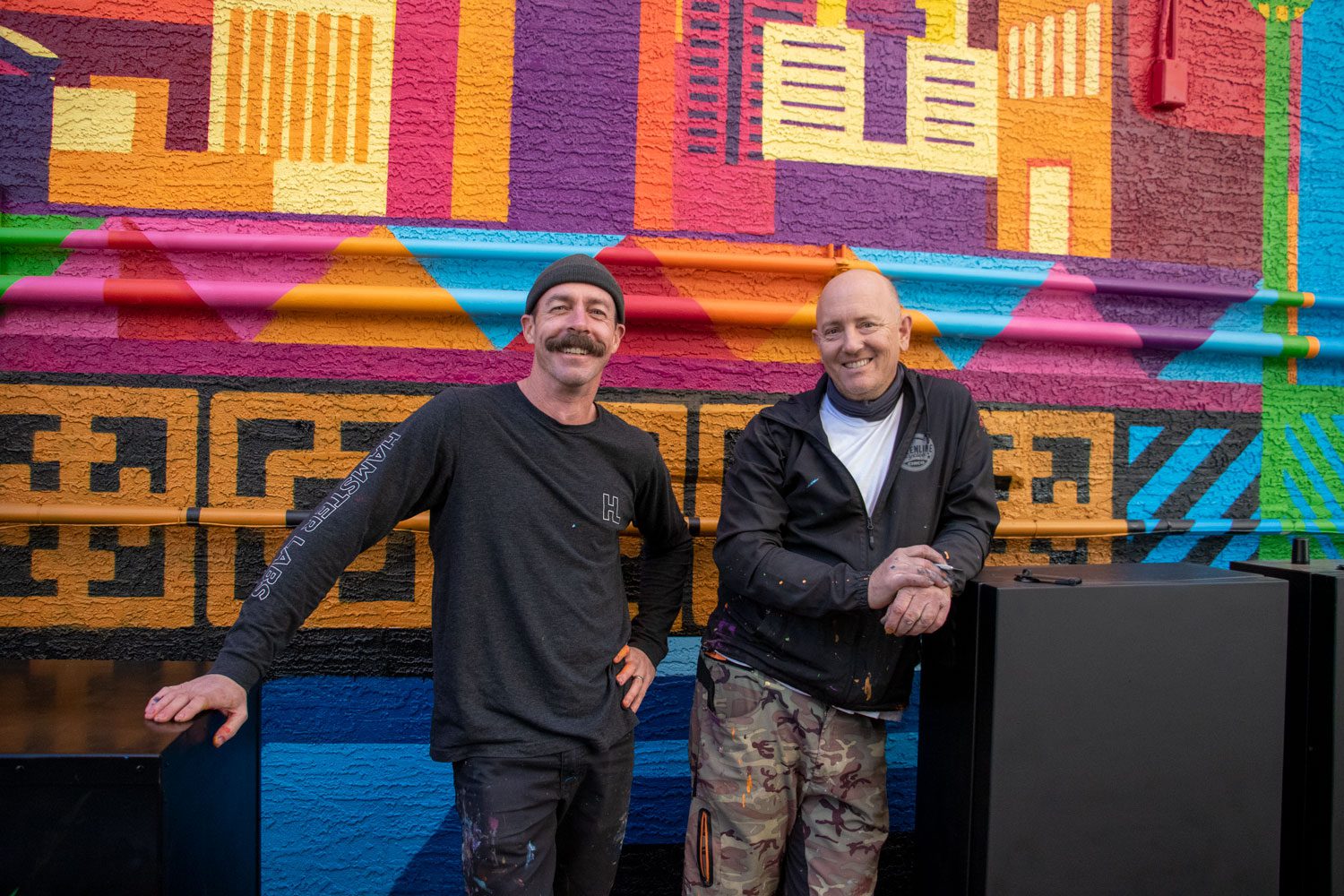 ‘Tells a captivating and inspiring story’

Artists Jake Early and Quinn Murphy were the artists selected to paint the mural after an artist call was hosted by Majerle’s and local arts nonprofit, Artlink.

“Jake and Quinn have delivered an installation that is not only visually unlike any mural in downtown, but also tells a captivating and inspiring story about the history of this place we all love so much,” Price said.

The mural is bright, colorful and intricate, featuring a yellow sun at the center surrounded by a warm toned mountain range, and a mosaic sunset sky. With a closer look you will see the Downtown Phoenix skyline, agave, corn husks and a large river that flows across the entire piece.

“We brought it all the way back to what Phoenix was created on, essentially farming and good land. We had to figure out a way to run the water through, through Phoenix, which they did with the canal. It’s a loose representation of water coming in, going through, and keeping it going in a big circle. Which turns into a city, Downtown,” said Quinn Murphy, who owns local design and print shop Hamster Labs. 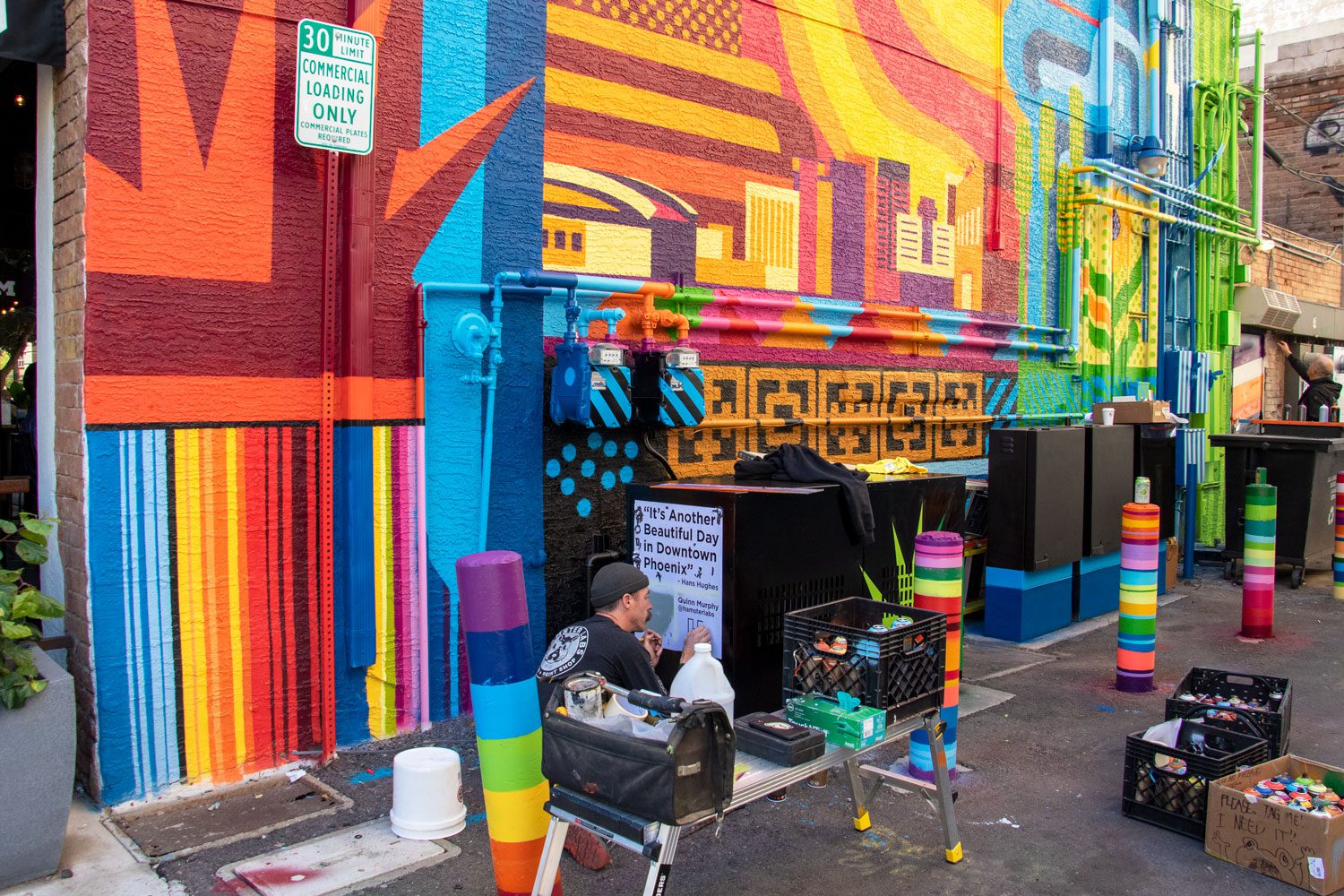 The title of the mural is sentimental to many in the Downtown community: “It’s Another Beautiful Day in Downtown Phoenix” the quote is a tribute to the late Hans Hughes, who was a Downtown Phoenix Ambassador.

“It’s deeply rewarding to our organization that the artists and stakeholder wanted the mural to include an homage to our fallen DTPHX Ambassador and friend Hans Hughes, who was tragically killed in a bicycle accident last year. It’s another testament to how beloved Hans was and will continue to be,” said Price.

There is also a sunflower within the mural. Hughes was known for his love of nature and support of Downtown’s community gardens.

“Look at [the mural], like it, see it however you want to see it. It’s open to your interpretation, Murphy said. “Ultimately, we just wanted something we could both be proud of.”