Given the orchestral nature of many of Led Zeppelin’s classic rock songs, it makes perfect sense that the band’s beloved catalog would get a symphonic treatment at Dodge Theatre Jan. 29 when Windbourne Music presents The Music of Led Zeppelin & Queen.
Zebra front man Randy Jackson, who takes the vocal reins for The Music of Led Zeppelin, talked to Downtown Phoenix about how the project started and what fans can expect at the show. 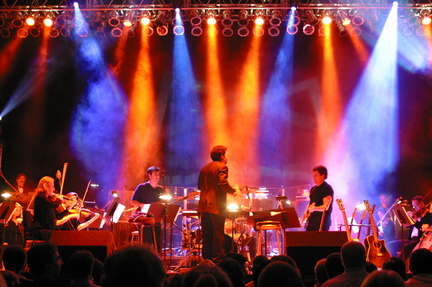 Q: How did you end up joining the Music of Led Zeppelin tour?
“1996 is when I came on board. [Windbourne] started it in ‘95 in Virginia Beach, VA. They had put the show together as a concept of playing the music of one rock band and had chosen Led Zeppelin to start. After the first show they wanted to go a different direction vocally. One of the partners had seen my band Zebra years before when we came through Virgina Beach and knew we played some Zeppelin so they called me. If this was a Zeppelin tribute band sort of thing I would have paused but the orchestral aspect made it very enticing to me. So I did a couple of shows and have been touring with them ever since.”

Q: So did you grow up a fan of Led Zeppelin and that brand of early hard rock?
“Yeah I’m a huge fan. I saw Zeppelin in New Orleans in 1973. [Led Zeppelin lead singer Robert] Plant was very influential on me growing up and getting into music, as were The Beatles and the Moody Blues. And all the way through high school and college I played baritone horn so I’m very familiar with the music from a classical standpoint. But the last thing I ever thought I’d be doing is singing Zeppelin songs in front of a full orchestra.”
Q: When the band and orchestra begin the first song of the Led Zeppelin, how would you describe the average crowd’s reaction?
“The people who come to the show are way into Led Zeppelin and the people who haven’t seen the show before get into it very quickly. We just played in Clearwater, Fla., last week and they were into from song one. The lights are right the sound is right and it goes over very well because we’ve done it a long time. People who are expecting a Muzak version of Zeppelin’s music learn quickly that that’s not what this is.” 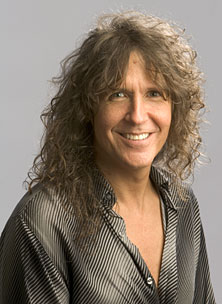 Q: What are the strengths of the symphonic rock hybrid in terms of bringing out the most in Led Zeppelin’s catalog?
The way [conductor] Brent [Havens] has gone about scoring the show, if the song had already been orchestrated–like ‘The Rain Song’ or ‘Kashmir’–he sticks to what [Led Zeppelin] did. It’s the songs that weren’t previously orchestrated, like ‘Ramble On’ and ‘Since I’ve Been Loving You’ where the orchestra really adds a whole new level to the music.”
Q: What kind of feedback to you get from die-hard Led Zeppelin fans?
“They genuinely enjoy the show. A lot of people never got to see Zeppelin and appreciate seeing the music live. If you want to see the music now you have go to some bar and see a tribute band. This tour allows fans to see the music played live in a true concert venue.”

Q: Your hair is very Robert Plant-esque. How much rock power do you get from your mane?
“I’ve kept it this way since ’75. I just like it. I tried shorter hair in the 80s but went back to wearing it long right away. It’s just me. I’ve had it for so long I don’t know what it would be like without it. Robert Plant went back to wearing his hair long too so he must feel the same way.”