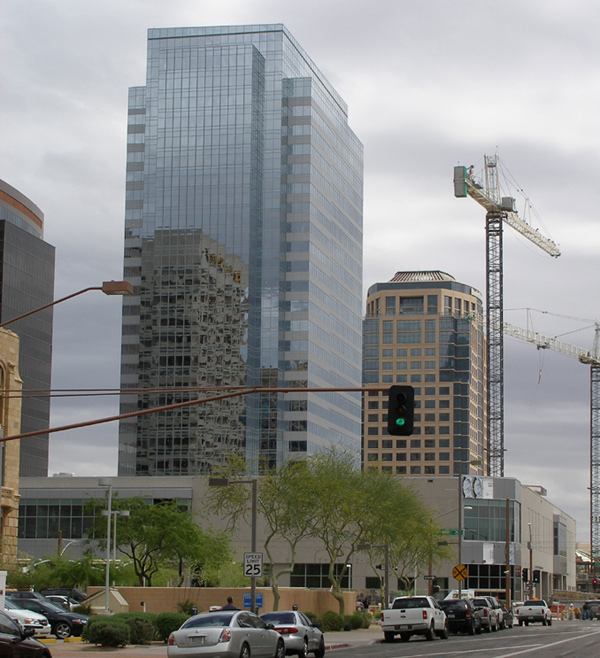 Gannett Company announced last week that KPNX Channel 12, the local NBC affiliate, will vacate the facility located at 1101 N. Central Avenue and will join the Arizona Republic at 2nd Street and Van Buren.  Plans call for renovation of the first floor of the building to accommodate a main studio. The Phoenix Business Journal reports that an outdoor studio and a cooking set are also in the works. While the move is essentially a cost-cutting measure, the new studio will add a new attraction to Downtown Phoenix as pedestrians will be able to view live programming from the sidewalk. The Republic Media building is also home to La Voz and AZCentral.com.
Another week brings another round of newly announced CityScape retail tenants. While office tenants move in, RED Development announced that Doyle Restaurant Group will open three restaurants and one lounge when the retail portion is complete later this year. Le Crepe Nanou will feature a French café menu, while BrewPublic Craft House will feature craft beer and a standard grill menu. Huey’s 24/7 diner will be open 24 hours and feature “inexpensive comfort food.” Perhaps the most intriguing future tenant is the Rasputin Vodka Bar, which plans to be a hip “DJ inspired ultra lounge”.  All four ventures are expected to open in October. For more information please visit:  CityScape bringing 3 restaurants to downtown.