Our Best Weekend Ever

Pardon me while I hyperbolate, but Downtown Phoenix is enjoying one of its best weeks ever.
Don’t believe me? Well peep this!
Thursday, April 7
Forks & Corks
Baseball returns. Snowbirds depart. The weather is idyllic. Another rite of Spring is Forks & Corks,  a yearly gathering of the Valley’s culinary Who’s Who, now in its 8th year. This dizzying spectacle of fine food, wine, and bodacious craft beers takes place from 5:30 p.m to 8 p.m. at CityScape, in the heart of Downtown. For ticket information and a complete list of attendees, visit the Forks & Corks official site. 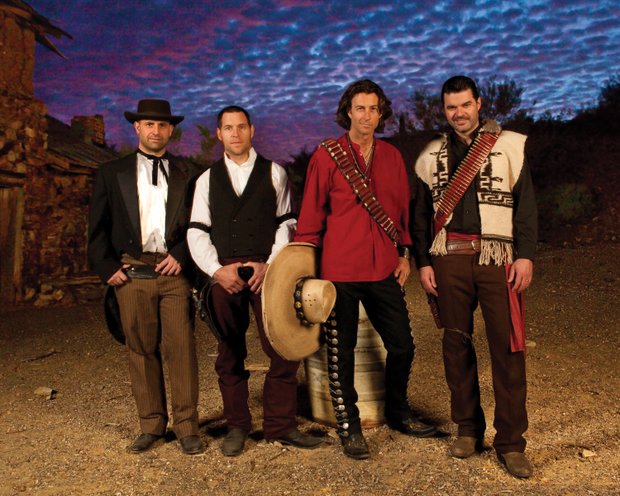 Friday, April 8
Opening Day Tailgate
The Boys of Summer make their long-awaited return to Downtown on Friday and to celebrate we’re throwing an all-day tailgate rage at CityScape, featuring Roger Clyne & The Peacemakers, a beer garden, succulent grilled meats by incoming CityScaper Oakville Grocery, game tickets and other prize giveaways, interactive games, family fun, and much, much more leading up to the 6:40 p.m. first pitch against the Reds.
And if you don’t have a ticket you can stay and watch the game on the plaza. We’ll keep the party going until after the 15-minute postgame fireworks. The day’s events support Foundation for Blind Children so come Downtown and support the Diamondbacks and a great cause.
And the great deals aren’t limited to CityScape! Dozens of Downtown businesses are offering special Opening Day discounts to Diamondbacks fans. Here’s the complete list.
The D-backs are getting into the deal spirit by offering 2-for-1 tickets at www.ticketmaster.com when you enter the promo code OPENER.

Saturday, April 9
Urban Wine Walk
Experience our core’s fine dining and wine scene at the third Urban Wine Walk, sponsored by Mix 96.9, Evian, Westin Downtown Phoenix, and Muve Music. This light rail-inspired event encourages large groups to park-and-ride into Downtown, the Central Corridor, and Tempe to enjoy 17 restaurants offering wallet-friendly wine and snack samples. The event goes from 11 a.m. to 6 p.m. and you can use the link above to print your official wine scorecard, map of the route, and complete list of the wines and snacks being offered. Oh, and Phoenix Public Market is giving away 500 gift bags. Come early or risk missing out on some serious SWAG.
Sunday, April 10
Oyster Race
The Oyster Race Series 2011 Tour kicks off at Heritage Square Park in Downtown Phoenix and pits teams of 3-6 people against each other in an ultimate urban race on foot, bike, and other modes of transportation. Teams don’t know the route ahead of time which adds another layer of mystery to this 7-year-old event.
And now I’ll leave you to digest all that fun-ness. See you Downtown!