Adding to Downtown Phoenix’s growing reputation as a nightlife entertainment destination, the owner of Lucky Strike Lanes has announced the opening of a new, high-end nightclub right next to its highly popular bowling lounge. Gypsy Bar, a modern nightlife concept located at 50 W. Jefferson in CityScape, will launch at its Grand Opening party on Saturday, October 6. 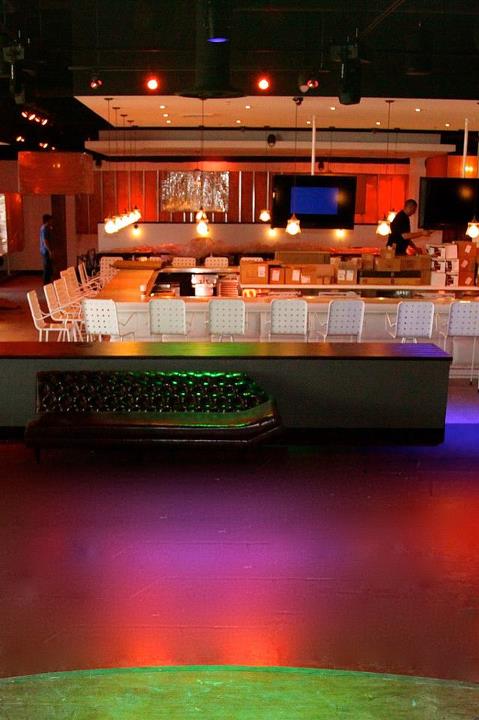 Although Gypsy Bar will be physically connected to Lucky Strike, it boasts a hip look and feel of its own. Among the club’s focal points is a raised stage and DJ booth flanked by massive state-of-the-art video screens and scrimmed vignette cut-outs that will feature go-go dancers, live music and light shows.  The dance floor is surrounded by a variety of special effect equipment including confetti cannons, CO2, snow and hazer machines.
“In light of the overwhelming support we’ve received from the public since opening Lucky Strike in downtown Phoenix, we’re thrilled to be rolling out yet another fun nightlife experience, “ said Steven Foster, owner and CEO of Gypsy Bar and Lucky Strike. “Gypsy Bar will provide guests with everything from great DJs and a dance floor to an adult-oriented game lounge and a delicious menu.  With neighbors such as US Airways Center, Chase Field and ASU’s downtown campus, it’s exciting to be a part of the area’s continuing evolution as a nightlife destination.”
Another unique component will be Gypsy Bar’s fully-loaded game lounge which will feature 40 arcade games in an adult-oriented environment, including 2 Minute Drill, 2 Fast & Furious, Deal or No Deal, Guitar Hero, NBA Hoops, Pac-Man Battle Royal Deluxe, Super Bikes and Super Cars.  Games will be easily accessible through an electronic rechargeable game card which accumulates reward points that can be redeemed for prizes ranging from iPods and high-end electronics to Pez dispensers. Cards can be purchased with a credit card or cash.

In addition to the game lounge, Gypsy Bar will offer a full dinner menu featuring everything from tacos and hamburgers to lobster and prime rib. The club also features a large, three-sided island bar and contemporary lounge sofa sectionals perfect for dining, drinking and socializing.

The public is welcome to join the fun at Gypsy Bar’s grand opening party, Commotion, which will take place on Saturday, October 6 starting at 10 PM. Entertainment for the evening will include the #1 Video DJ in the World, DJ Roonie G. Media interested in covering the grand opening or the VIP pre-party, which starts at 7 PM, are asked to contact the SLE representatives listed above.
With over 10,000 sq. ft., the venue will hold approximately 380 people and will be open seven days a week:  Sunday – Tuesday from 11 AM. until 12 AM. and Wednesday – Saturday from 11 AM until 2 AM.  Reservations for dinner or bottle service can be made by calling 602-732-5490. The upscale atmosphere calls for proper attire including neat, casual and fitted clothing.
For more information please visit gypsybarphoenix.com. For daily updates follow Gypsy Bar on Facebook at Facebook.com/GypsyBarPHX and Twitter at @GypsyBarPHX.