First Street is undergoing a makeover this month, placing more emphasis on pedestrian and bike-friendly uses with temporary and permanent improvements installed by the City of Phoenix. The project is a demonstration of lower cost alternatives that can be put in place quickly to transform a street to be more amenable to pedestrians and cyclists. Through permanent and temporarily planted trees – which will provide more shade for those walking in our Urban Core – as well as expanded walkable space created with paint, First Street will have a different look and feel by the end of October.
Construction started earlier this month between Moreland and Washington streets and significant progress is already visible. We took a walk down First Street and captured some of the changes, which we showcase here along with renderings of the design: 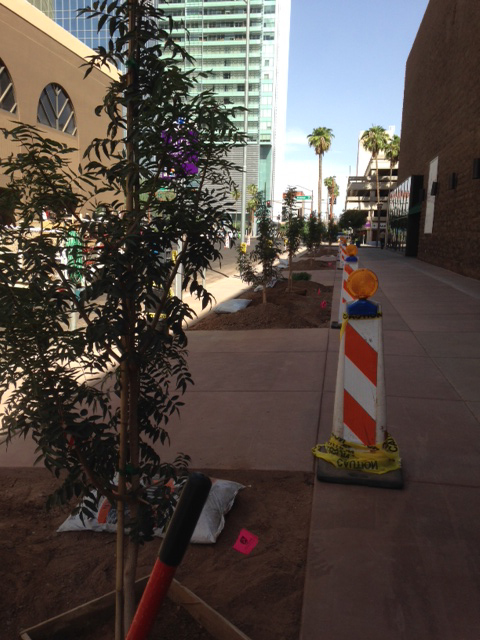 Trees between Adams and Monroe streets
Visible from the windows of the Hyatt Regency, the block between Adams and Monroe streets will become a shady escape with 15 new Chinese Pistache trees. With no shade, wide concrete sidewalks and the block construction of the Hyatt, this stretch of First Street was measured to be the hottest in Downtown Phoenix during the Downtown Phoenix Urban Form Project in 2008.  The permanent tree wells were not originally a part of the First Street Project – with the trees slated for temporary planters – however staff from the Downtown Phoenix Partnership was able to find a solution and give them a permanent home in the sidewalk. The dormant street-level irrigation system was fixed, and the trees will be maintained by the Partnership. With these new trees, the street should cool down making it more comfortable for pedestrians. 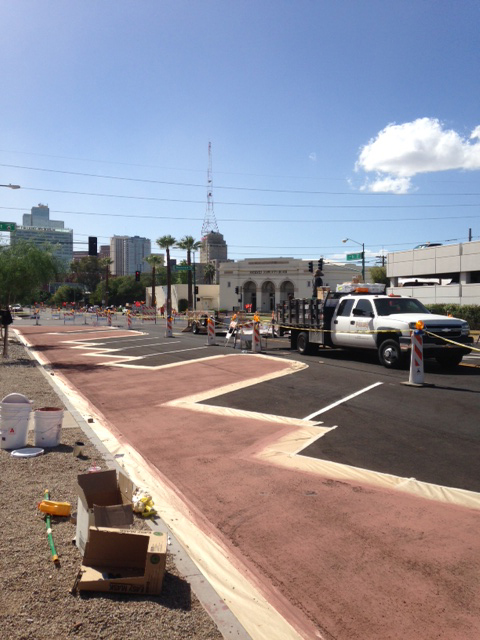 Construction Progress
Construction is well underway between Roosevelt and Portland streets – with angled parking and space where planters with trees will be installed. 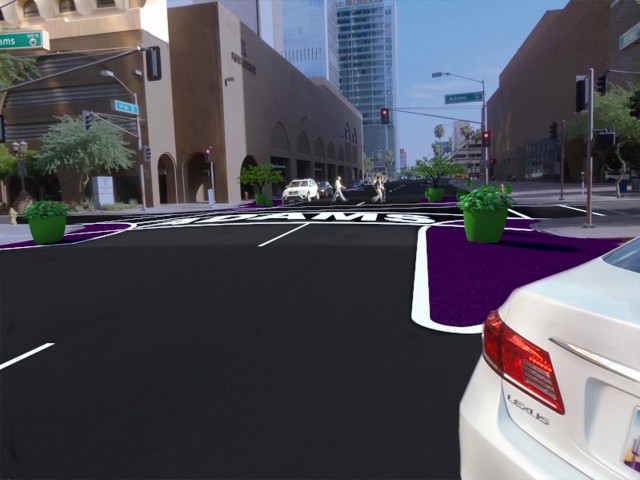 First Street Rendering courtesy of the City of Phoenix
The angled parking and expanded pedestrian space seen in the rendering above will span the length of First Street. The street’s use will be modified with purple street paint and green planters. 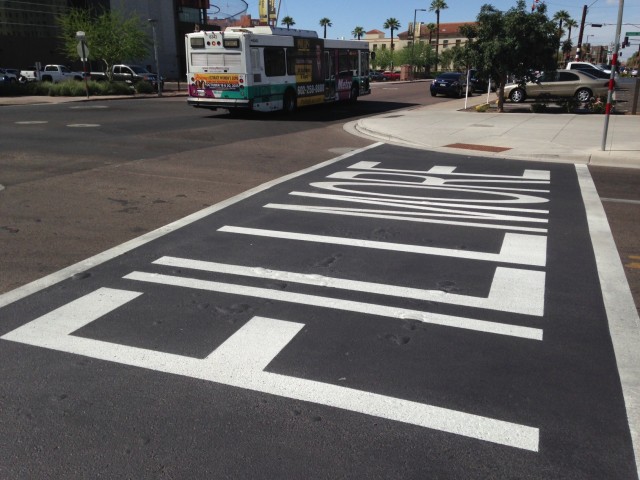 Painted Street Names
The design for First Street includes these painted-on street names and many intersections have already been completed. 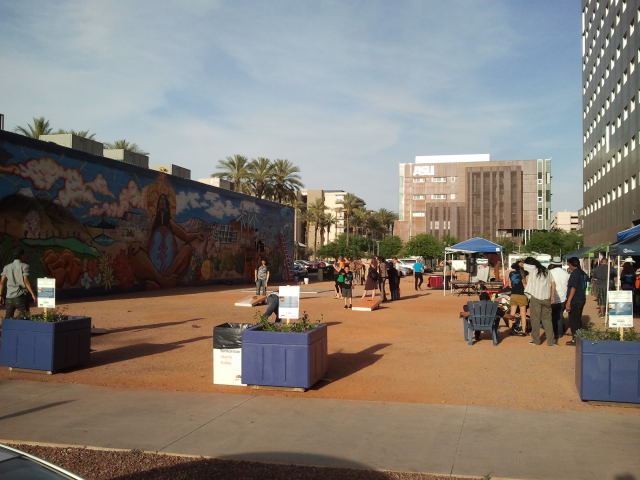 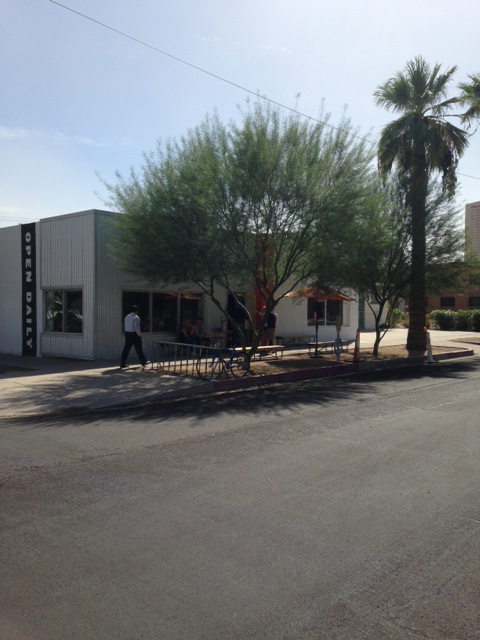 Parklet
Finally, waiting your turn to eat at Matt’s Big Breakfast just got a whole lot easier thanks to a soon-to-be built parklet. It may not look like much now, but the rendering below – courtesy of the City of Phoenix – is a great visual of what’s to come.

What do you think of the changes for First Street? Leave your comments below.
*This post was written by Anna Consie and Brandi Porter with significant help from Ray Cabrera. Additional information and design renderings were provided by the City of Phoenix.