It Is Good To Be Orange 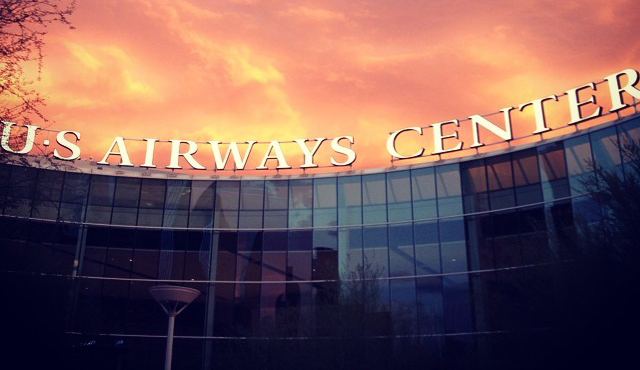 The NFL isn’t the only game in Downtown Phoenix this month.

Your Phoenix Suns (22-16) are climbing up the Western Conference standings and have nine (9!!) home games between now and Feb. 2.
Even better there are three Suns Night Out games in January. What’s that rad-sounding thing you ask? Well, for every Friday and Saturday home game fans can purchase 2-4 tickets and receive a FREE round-trip ride to and from the arena (up to $20 each way) from Uber. [Follow this link for details and restrictions.]

1. Jan. 13 vs Cleveland
Some James fella plays for the Cavaliers now. He’s a kind of a big deal.
**2. Jan. 16 vs Minnesota
Rookie of the Year candidate Andrew Wiggins makes his Phoenix debut. It’s also #OrangeFriday with the first 5,000 fans receiving an orange towel.
3. Jan. 19 vs L.A. Lakers
It’s incredibly gratifying to mock the Lakers when they’re down, especially in person.
4. Jan. 21 vs Portland
One of the teams the Suns are chasing in the standings. Also the Gorilla’s birthday bash, with first 10,000 fans receiving a Gorilla dress-up magnet.
**5. Jan. 23 vs Houston

Another team the Suns trail in the playoff chase. It’s also #OrangeFriday with the first 5,000 fans receiving an orange towel.
6. Jan. 25 vs L.A. Clippers
The Suns’ closest competitor, currently holding the sixth seed in the Western Conference playoffs. It’s also Miles Plumlee Growth Poster Night with first 2,500 fans under age of 16 receiving the prize, which is exactly what it sounds like.
7. Jan. 28 vs Washington
Did you know that the Wizards have the fourth-best record in the Eastern Conference? That’s crazy, man.

**8. Jan. 30 vs Chicago
Da Bulls boast the Eastern Conference’s second-best record. It’s also another #OrangeFriday, with the first 5,000 fans receiving an orange towel.
9. Feb. 2 vs Memphis
One of the league’s toughest teams. This is Isaiah Thomas Bobblehead Night with the first 5,000 fans receiving a commemorative statue of the diminutive sixth man spark plug.
So you see, January provides excellent opportunities to spend some intimate time with your local basketball squad.
[**denotes Suns Night Out opportunity]