From local bars to microbreweries, Downtown Phoenix is increasingly becoming a destination for nightlife entertainment — possibly now more than ever.
On Wednesday, June 17, a new line was drawn around Downtown Phoenix, one that gives microbreweries, bars, nightclubs and other business owners the chance to open up shop in the city center. 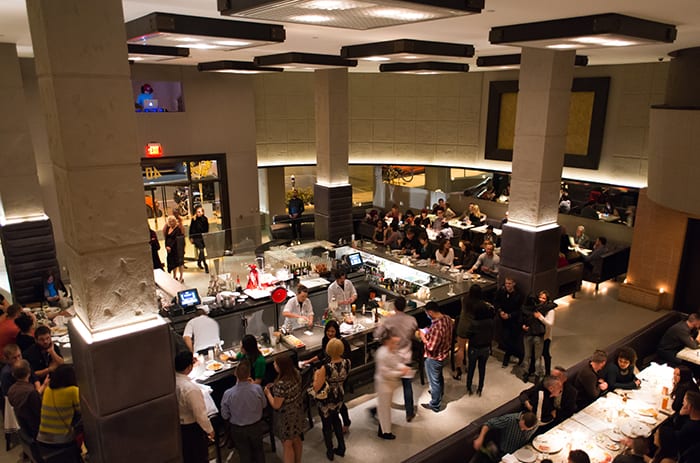 This “Entertainment District” encompasses about one-square mile of Downtown Phoenix and is intended to foster economic development by bringing more businesses to the area.
Previously, potential bars, microbreweries and nightclubs were prohibited from applying for a liquor license if they were within 300 feet of a church, per Arizona State law. But after much community outreach, the rules have changed.
These business owners now have the opportunity to apply and go through regular city and state processes for a liquor license. However, there’s still no guarantee they’ll receive one, as they’ll have to pass both City Council and Arizona State requirements.
Dan Klocke, vice president of economic development at Downtown Phoenix Inc., said that the district will benefit both existing businesses located near churches as well as future ones.
For instance, businesses like the nonprofit jazz venue The Nash, which neighbors the Roosevelt Community Church, could now potentially apply for a liquor license to serve beer and wine during its performances.
In addition to economic development, Klocke said the Entertainment District is almost an adaptive reuse tool, as it could mean activating old buildings that have sat vacant for years. 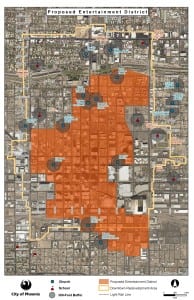 “There are buildings that are rotting away that would make perfect microbreweries,” he said. “It’s going to open up the doors for the types of uses in buildings that weren’t available (before).”
The Entertainment District generally encompasses the area between Seventh Avenue and Seventh Street and going as far north as Moreland Street (to Hance Park) and as south as Hadley Street (to the Warehouse District).
Klocke said there’s been no conflict amongst pastors and community members, as they have all been supportive of the Entertainment District and the opportunities it provides business owners.
We know you have instagram
#DTPHX