The public art program is one of the many ways that the Commission, together with the Office of Arts and Culture, fosters and preserves the development of the cultural community in Phoenix.

And in honor of the Commission’s anniversary, we’ve put together a list of nine public art projects in Downtown Phoenix — all of which were commissioned by the Office of Arts and Culture. 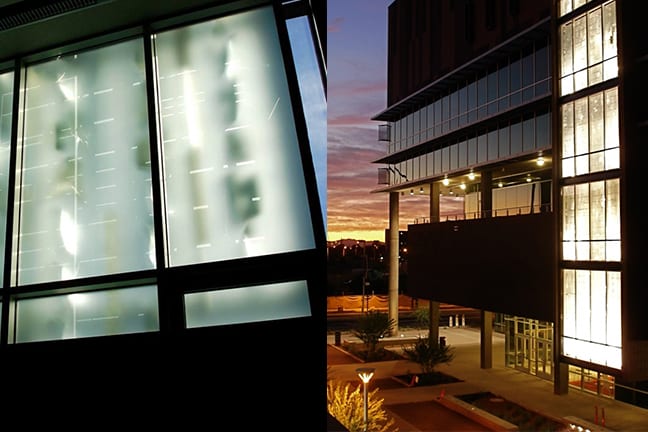 This stunning installation by artist Paul Deeb features an ever-changing display of light and color, viewable from both the in and outside of the Walter Cronkite School building. As the day wears on, the reflections become more spectacular when heat from the sunlight accelerates the movements of the optical lenses, prisms and reflectors spinning within. The project is lighted at night, giving the artwork a special luminous appearance. 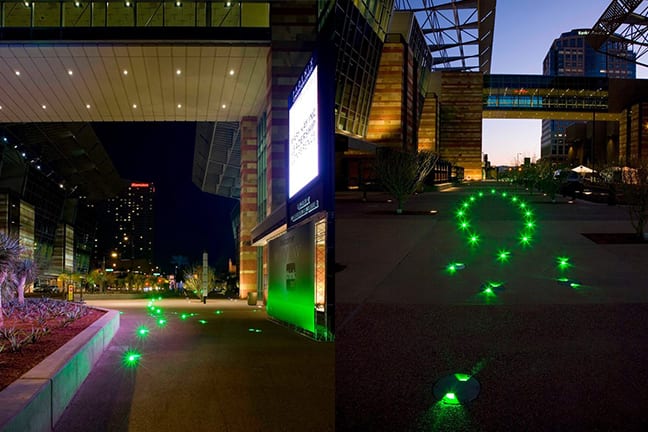 In a spectacle of light and color, 140 blue and green LED runway lights fan across the sidewalks surrounding the Phoenix Convention Center. The blue depicts the flow of a river, while the arc of green lights represent the native, night-blooming cereus plant. 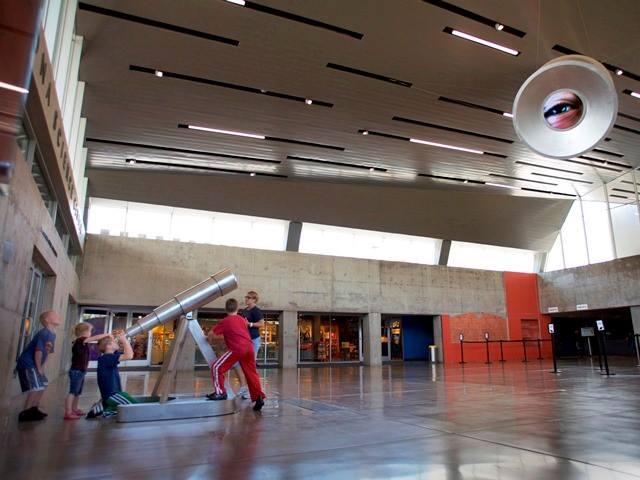 This aluminum sculpture of an oversized telescope resides in the lobby of the Arizona Science Center. The interactive art piece encourages you to peer into an eyepiece and see video clips of blinking and moving animal eyes. The eyepiece projects viewers’ eyes on a large telescope suspended from the ceiling, turning the viewer into the viewed. 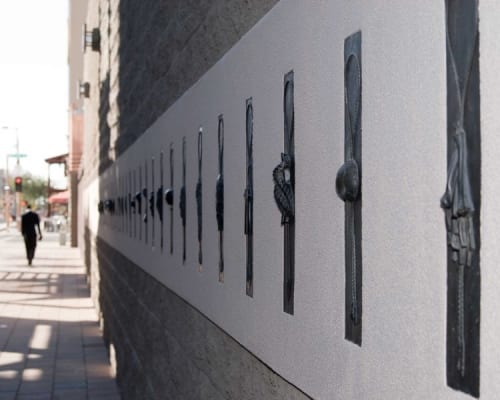 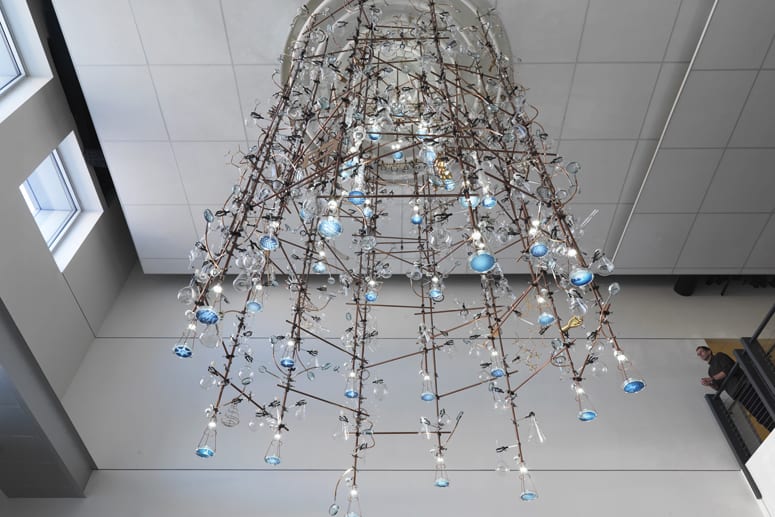 This chandelier is made of a variety of laboratory tools and equipment to celebrate the art of forensic science. Steel rods and laboratory clamps support hundreds of glass beakers, flasks, test tubes, pipettes, and magnifying glasses. An array of artist-made forms are interspersed throughout: fingerprints, DNA strands, and pop cultural references to police work. 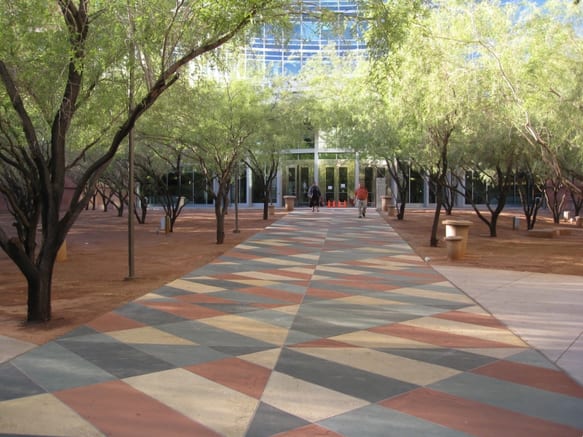 Brad Golberg created this calming, shady plaza that resides in front of the Phoenix Municipal Courts Building. The artist-designed site features three multi-colored stone carpets, low-lying desert plants, and a grove of mesquite trees — which call attention to the cultural significance of this Sonoran Desert tree. 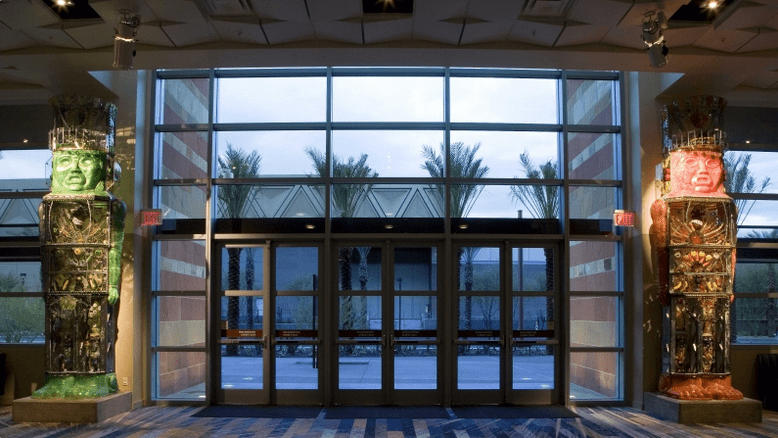 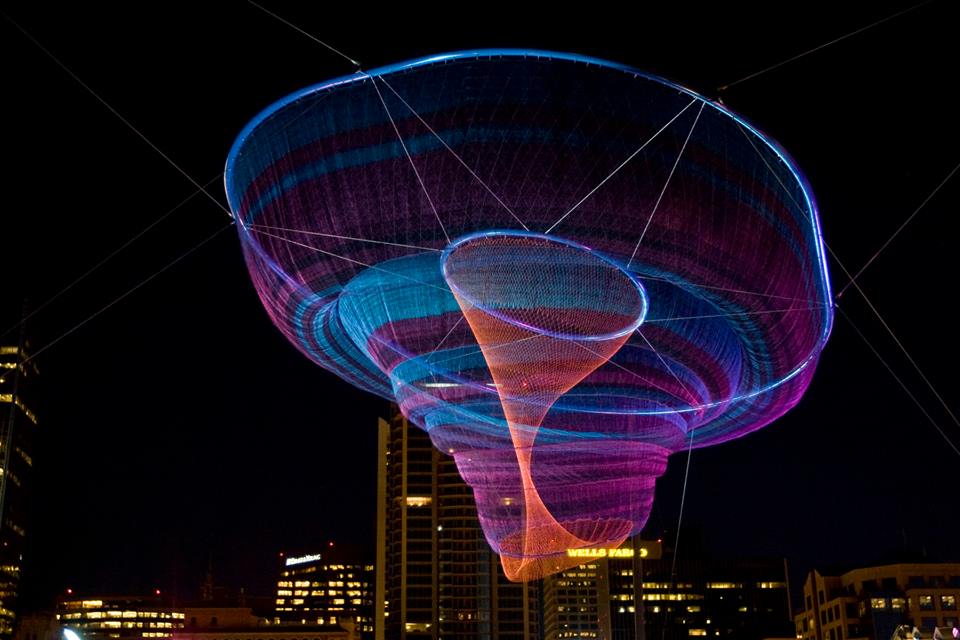 Installed in 2009, Her Secret is Patience has become an iconic feature in the Downtown Phoenix skyline. The 145-foot-tall aerial sculpture was inspired by monsoon cloud formations and saguaro cactus flowers and is the centerpiece of Civic Space Park. The installation is made up of flexible polyester netting suspended 38 feet above the ground on a framework of steel rings, cables and poles. Paul Deeb developed the lighting, which gives the structure its nighttime glow. 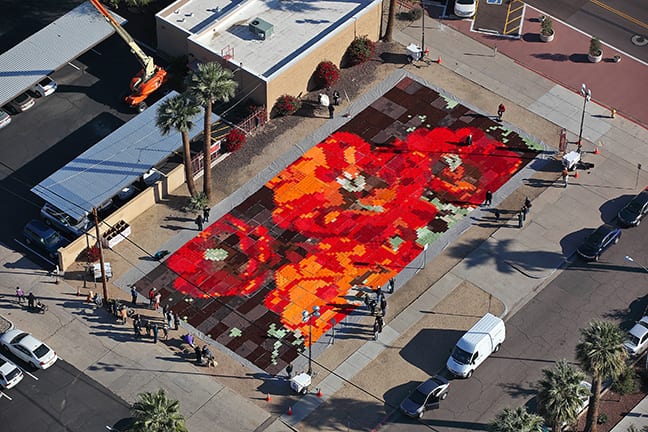 In 2013, the Ground Cover public art project enlisted nearly 600 volunteers to make 300 blankets that were installed and ultimately donated to persons experiencing homelessness. The “blanketeers” knitted, crocheted, wove, and quilted individual pieces of the blanket, which put together created a large image of lush desert blooms — a “ground cover” — installed in a vacant lot in Downtown Phoenix in December 2013. After the installation, the blankets were given to various organizations that serve the homeless, who then gave them to those in need of cover.