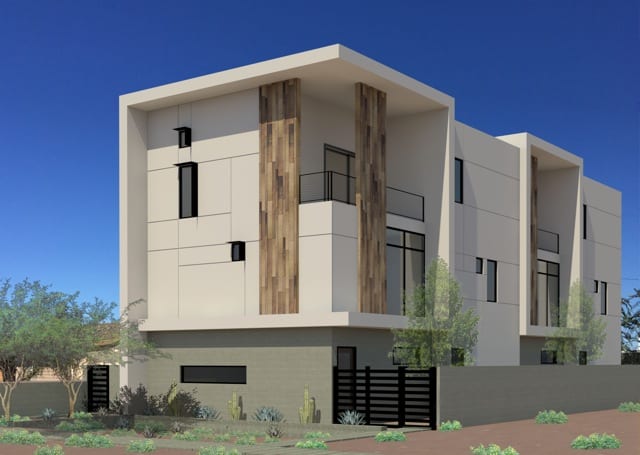 When Cole Van Norman walks into a room full of other construction developers, he usually gets a few quizzical looks like — “who is this guy?”
At 24 years old, Van Norman is typically the youngest person among his counterparts. But with four parcels of downtown land in development and one slated for completion in early 2016, people are starting to take him seriously.
“You have to know what you’re talking about, especially developing in transitional areas,” he said. “There was a lot more contract and zoning understanding than I thought I would ever need to know.” 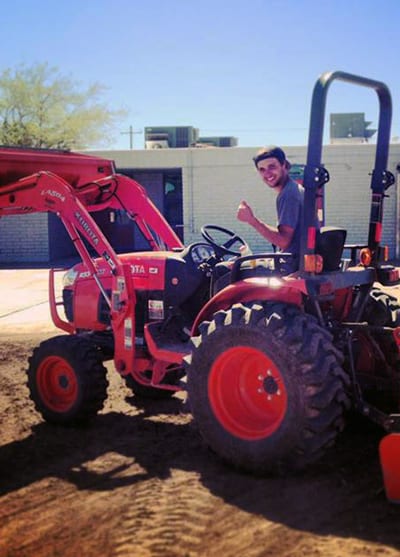 Van Norman on the site of Grand Avenue Lofts in the Triangle Neighborhood of Downtown Phoenix. (Photo: Cole Van Norman)

Van Norman’s first project, Grand Avenue Lofts, sits in the heart of one of Downtown Phoenix’s most up-and-coming neighborhoods known as the Triangle. Grand Avenue serves as the hypotenuse of this hip ‘hood, jutting off at an angle from Van Buren Street, bordered by Roosevelt Street to the north and Seventh Avenue to the east.
With its proximity to the Downtown Core, high-density zoning, bike lanes and funky art activation projects — Van Norman said the Triangle was the perfect place for an urban infill project.
“There’s culture down here and it’s just different,” he said. “Because the Triangle is such a small land area and it’s surrounded by a lot of cool things, I think it’s one of the areas in downtown that will see a lot of momentum in the next couple years.”
He’s not the only one anticipating this area’s growth. Developers have been eyeing the Triangle for years according to Dan Klocke, vice president of development for Downtown Phoenix Inc. With upcoming projects like Containers on Grand, Center 8 Townhomes and the newly completed White Stone Studios, Klocke said it’s encouraging to see young architects and developers getting a piece of the pie. 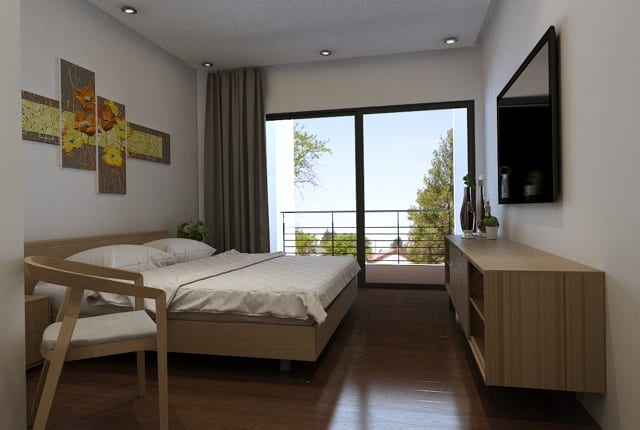 The master suite has a third-story deck with sweeping views of the Valley. (Rendering: Van Norman Development)

“It’s these kind of folks that have a good urban sense — that’s who we need,” he said. “They will be the future large developers for downtown because they will have already built stuff on small lots, learned from their mistakes — because everyone makes them — and understand all the nuances of getting it done.”
The three-story, four-loft complex breathes life into a longtime vacant lot, with a keen eye towards modern design and how the structure interacts with the built environment. Van Norman said he hopes it will become somewhat of an icon for the Grand Avenue area. 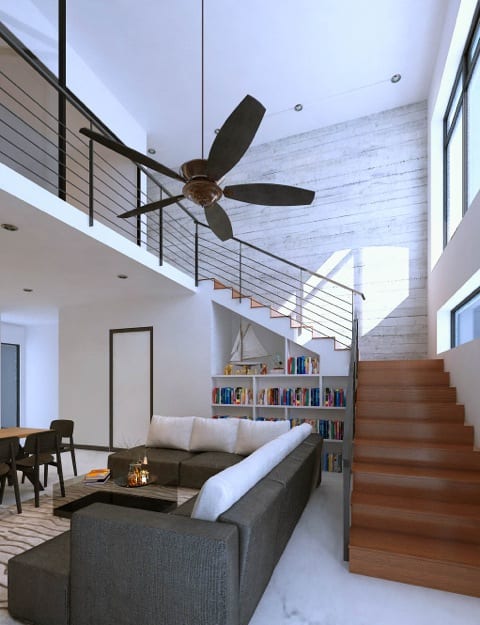 After graduating from the ASU School of Sustainability in 2012 and working on a couple real estate financing and development projects, he decided to start his own company, Van Norman Development LLC. With the help of his dad, who brings many years of construction expertise to the table, Van Norman hopes to focus on urban infill, developing each of the four downtown parcels in phases.
In terms of sustainability, Van Norman said Grand Avenue Lofts encourages energy efficiency through increased insulation, allowing easy hookups for rooftop solar panels and above all — location, location, location. Situated walking and biking distance to everything, a car-free lifestyle, or at least a less-reliant one, can reduce resources significantly.
“Growing up in Mesa, there was nothing you could walk to,” he said. “Now I can literally go a mile and a half in any direction and come across multiple cafes, multiple restaurants, so many different entertainment options — things to actually do.”
Van Norman lives, works and hangs out in Downtown Phoenix, and hopes residents of Grand Avenue Lofts will too.
At 1,250 square feet, two and 1/2 baths, each unit is designed with spacious interiors, an open kitchen layout, large windows and a third-story deck with sweeping views of the Valley. Prices start in low 300s.
For more information about Grand Avenue Lofts, contact Van Norman Development.
We know you have instagram
#DTPHX