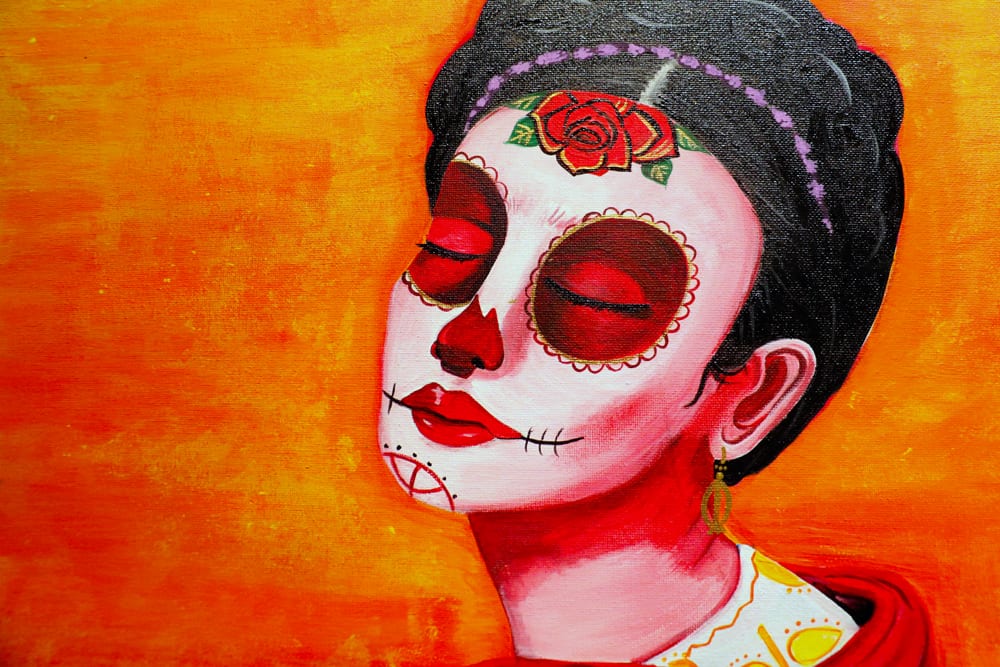 It’s time to celebrate the most universal, inevitable and equalizing force in nature: Death.
Celebrated across the Americas every November 1 and 2, on All Saints Day and All Souls’ Day respectively, the festivities known as Dia de los Muertos — Day of the Dead — recognize death as a natural and meaningful part of the collective human experience.
A national Mexican holiday with deep Catholic roots, Dia de los Muertos honors the lives of the deceased with prayers, flowers, food, drink, art and entertainment.
In an art-centric event hosted by Arizona Latino Arts and Cultural Center (ALAC), Dia de los Muertos en ALAC features altars, paintings, music and more on First Friday, Nov. 6 from 5-10 p.m. 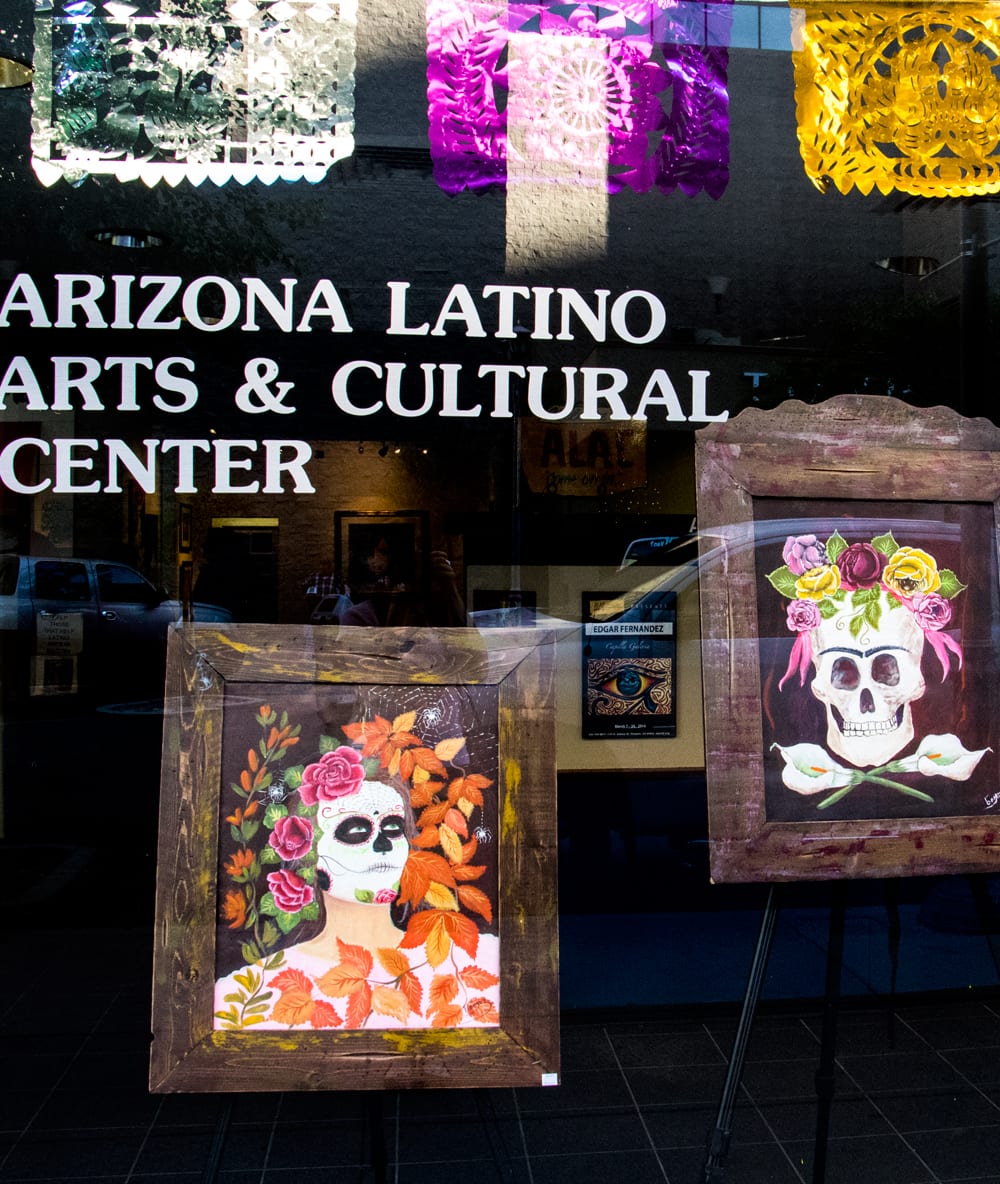 “Dia de los Muertos is a celebration of the life, not death , of your ancestors,” said Jose Andres Giron, ALAC curator and artist in residence. “So you celebrate what they used to celebrate while they were enjoying life — what they liked to eat, drink, dance, whatever.”
Despite the incorporation of calacas and calaveras — skeletons and skulls — it’s certainly not a day filled with with doom and gloom, according to Giron. In fact, some believe the souls of the dead return each year during this time to visit with the living — so it’s a time to eat, drink and be merry.
Located at 147 E. Adams Street in the heart of Downtown Phoenix, ALAC promises to deliver an evening full of “arte, musica y cultura.”
At this family-friendly event, guests are invited to view ofrendas, alters created by local Latino artists, honoring the memory of loved ones, community leaders and historical icons. They often include intricately-placed flowers, candles, food items and personal mementos — ranging in scale and subject.
“A couple of years ago I built an alter for Father Albert, who was a priest in the old barrio near the airport where I lived,” said Giron. “He was a decorated chaplain during World War II, had Purple Heart and everything — most people don’t know that.”
By creating this ofrenda, Giron was able to educate people about a little-known local icon, in addition to paying tribute to “a really great guy” and strong spiritual leader for many Latinos in south Phoenix.
In addition to alters, ALAC artists will be selling their wares at a sidewalk mercado featuring face painting, food, photo booths, Mariachi performances and a short ritual procession through downtown.
So come be a part of the community — living and dead — at Dia de los Muertos en ALAC. Click here for more info.
We know you have instagram
#DTPHX