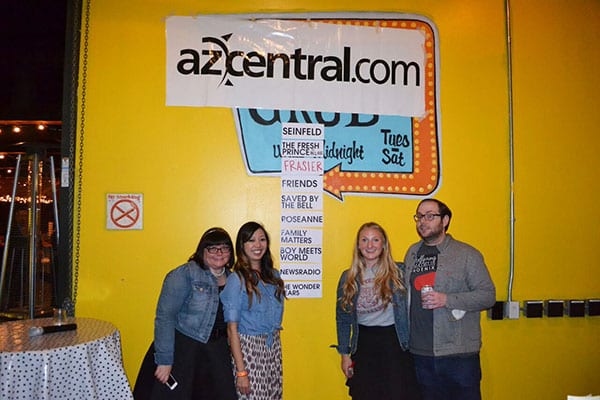 Are you interested in pop culture? Do you consider yourself to be fairly witty? Then look no further.
Once a month, Downtown Phoenix Inc. teams up with azcentral.com and a different local bar or restaurant to host Radical Rankings, a pop culture-themed happy hour designed to bring members of the community together.
“I am all for the revitalization of downtown — getting people to live, work and play here,” said Sara Anderson, director of events for Downtown Phoenix Inc. “For us, it’s really impactful to get people to meet their neighbors, try out a bunch of different establishments and congregate over similar interests.” 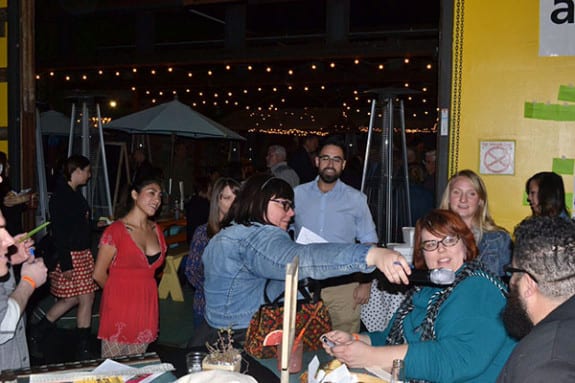 On Thursday, Nov. 19, The Duce hosted a ’90s sitcom-themed Radical Rankings, complete with trivia, commentary and prizes for correctly answering the most pop culture questions. Each month, the theme changes and participants rank their favorites and least favorites, culminating in a top 10 list that’s decided by the group.
“Seeing passionate people who are really into pop culture, or really anything, is fun,” said Kellie Hwang, entertainment reporter for The Arizona Republic/azcentral.com and co-creator of the event. “Getting to know the community is important to me.” 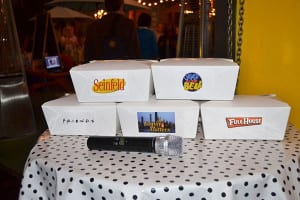 The Duce is an upbeat 15,000-square-foot warehouse in the heart of the former produce district of Downtown Phoenix. According to Steve Rosenstein, co-owner of The Duce, nowhere else in the world can you encounter such an interesting mix of people.
“I like the diversity, I like the fact that it is such a hodgepodge that makes so little sense to some people, but some people love that so much about it,” he said. “That, to me, is what makes it so fun and so cool – you can’t really put it in a box.”
Radical Rankings started out on a busy Thursday evening at The Duce, with the names of 20 popular ’90s sitcoms displayed across the wall. Each attendee was given three green cards (for) and three orange cards (against).
Throughout the evening, attendees filled out their colored cards with fond memories, catch phrases and reasons why certain shows should make it to the top 10, or end up forgotten.
After the shows were discussed, each attendee quickly scribbled the order in which he or she thought the shows should be ranked and the votes were tallied.
Then it was time for the big reveal!
The top 10 ’90s sitcoms were:

On Wednesday, Dec. 16, Downtown Phoenix Inc. and azcentral.com are teaming up again at FilmBar, located at 815 N. Second Street Phoenix, from 6:30 to 8:30 p.m. Radical rankers will vote for and discuss the top 10 best Star Wars characters, just in time for the premiere of “The Force Awakens” in theaters Friday, Dec. 18.
The event is free and open to the public, so get ready to destroy the Death Star, er, I mean the competition, and brush up on your Star Wars trivia before coming out to the fourth installment of Radical Rankings.
May the force be with you! 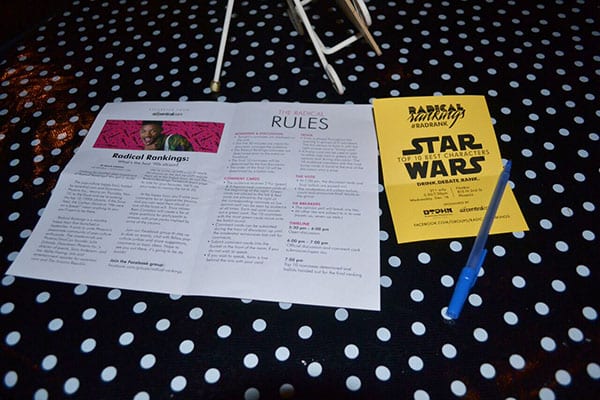 In a galaxy far far away, Radical Rankings will unveil the top 10 best characters to save the day. (Photo: Skylar Clark)