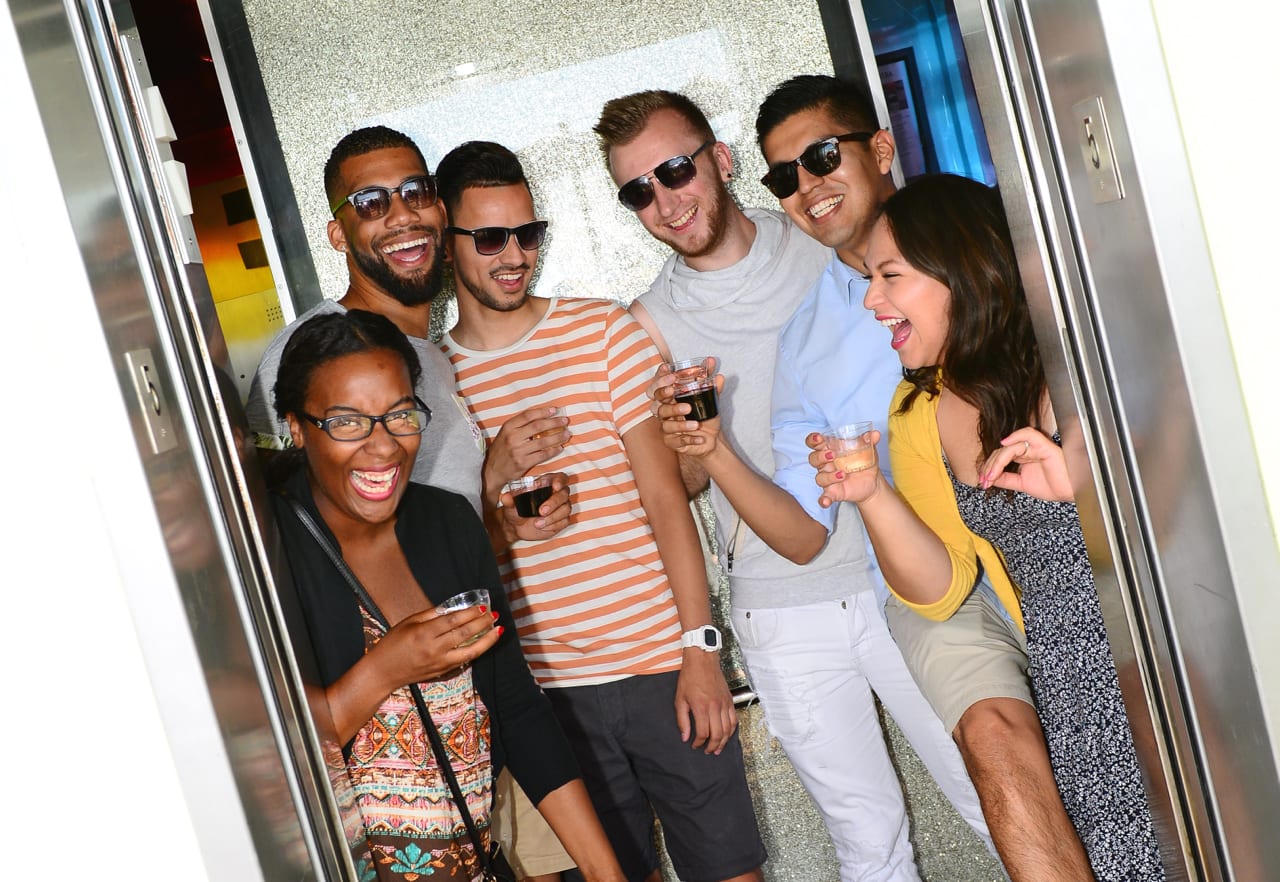 On Monday, Jan. 11, thousands of football fans will descend upon the Valley for the College Football Playoff (CFP) National Championship. The game will be played in Glendale but Downtown Phoenix will be the epicenter of fan activity. 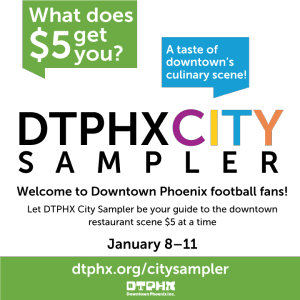 Downtown is known for its culinary scene — so what better way to welcome visitors than with a taste of the city? Launched by Downtown Phoenix Inc. during Super Bowl XLIX, DTPHX City Sampler is a self-guided culinary tour of local dining establishments — making it easy and affordable to become a downtown foodie.
The way it works is simple: Participating locations offer two samples (three to six ounces or more) of specialty food and drink items — all for just $5.
The four-day culinary adventure is available Friday, Jan. 8 through Monday, Jan. 11 —  so participants are encouraged to plan their routes early. Here are some helpful tips to make the most of DTPHX City Sampler.
Near the Championship Campus:
For a great latte, soft serve or hand-crafted pizza, Spoonz Café, Yogurt Time Downtown Hangout and Fired Pie are all located inside the Championship Campus footprint across the street from AT&T Playoff Playlist Live. As is Copper Blues Rock Pub & Kitchen, which boasts the largest selection of craft beer in Downtown Phoenix.
To harangue those hunger pangs, Steve’s Greenhouse Grill is located right across the street from Playoff Fan Central at the Phoenix Convention Center, offering delicious street tacos or a chipotle slider and a beer for just five bucks.
For connoisseurs with discerning tastes, Province Urban Kitchen and Bar has a fabulous selection of specialty wine and a seven-hour braised beef short rib over Tillamook Cheddar grits, located just one block from the Championship Campus.
Roosevelt Row:
Locals love it. With its beautiful street murals, funky boutiques and great selection of local bars and restaurants, the Roosevelt Row Arts District is truly a downtown gem. Short Leash Hot Dogs, Chambers on First, Carly’s Bistro and DeSoto Central Market (with four participating locations inside) are within a four-block radius — and offer a great variety of sampling choices. Pita Jungle Downtown and The Vig Fillmore are both located on the west side of Central Avenue and are just a hop, skip and a jump from DeSoto.
Uptown Options:
On the way to or from downtown, The Newton PHX is an obvious choice. First Draft Book Bar and Southern Rail Restaurant are both located in this hip, adaptive reuse building — conveniently located just west of the Central Avenue and Camelback Road light rail stop.
CLICK HERE to see the full list of DTPHX City Sampler options and locations.
Cheers!
We know you have Instagram
#DTPHX
You may have noticed this historic beauty on the w