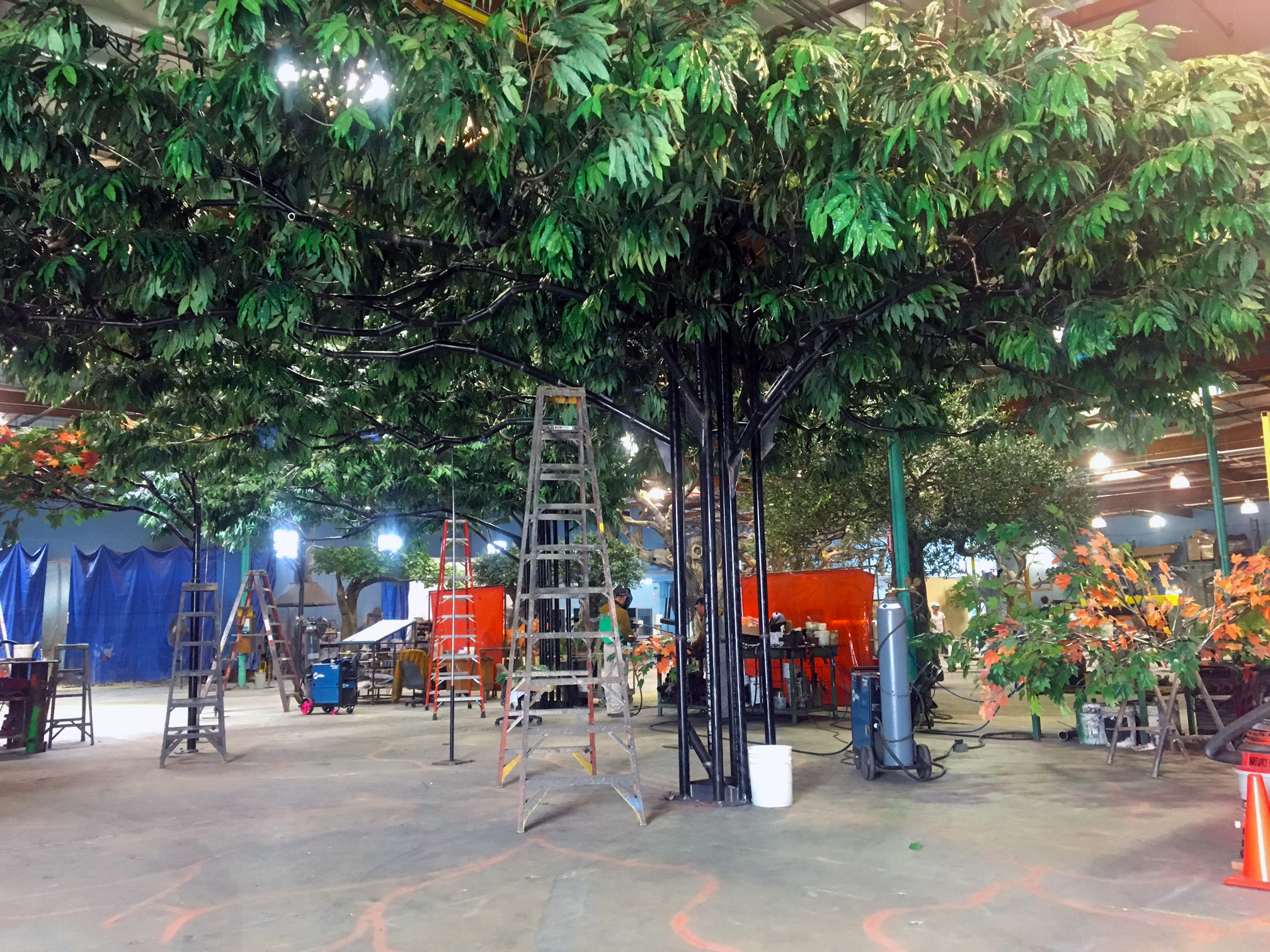 Two artificial trees spanning up to 35 feet each are currently being manufactured for The Park Street Food Bar by NatureMaker in California, a company that specializes in lifelike tree sculptures. (Photo: The Park)

The former Stoudemire’s Downtown restaurant in Collier Center may not look like much now, but come October, you might just discover an indoor oasis blooming inside The Park Street Food Bar.
“It will have an urban park feel that’s also a cool foodie place,” said Phil Richard, managing partner of The Park. “The view inside is going to be crazy.”
The Park harnesses many of the things people love about Downtown Phoenix and bottles it up in a restaurant concept — great local entertainment, world-class parks and fantastic food.
Riding the wave of the food truck culinary movement, The Park won’t have its own menu, but rather, feature a couple of top items from 15-20 rotating food trucks, ordered at one counter and prepared by a central kitchen team.
Design plans include white-washed brick, distressed wood, antique-style streetlamps, lots of comfy booths and a bar made from a shipping container sawed in half. Part of the restaurant will have artificial turf and lawn games, and each corner of the 11,000-square-foot space will be anchored by two massive, handmade trees.
Meant to look incredibly realistic and the greatest construction expense so far, according to Richard, each tree spans up to 35 feet wide with branches weaving in and out of the rafters, creating the sensation of a dense tree canopy. 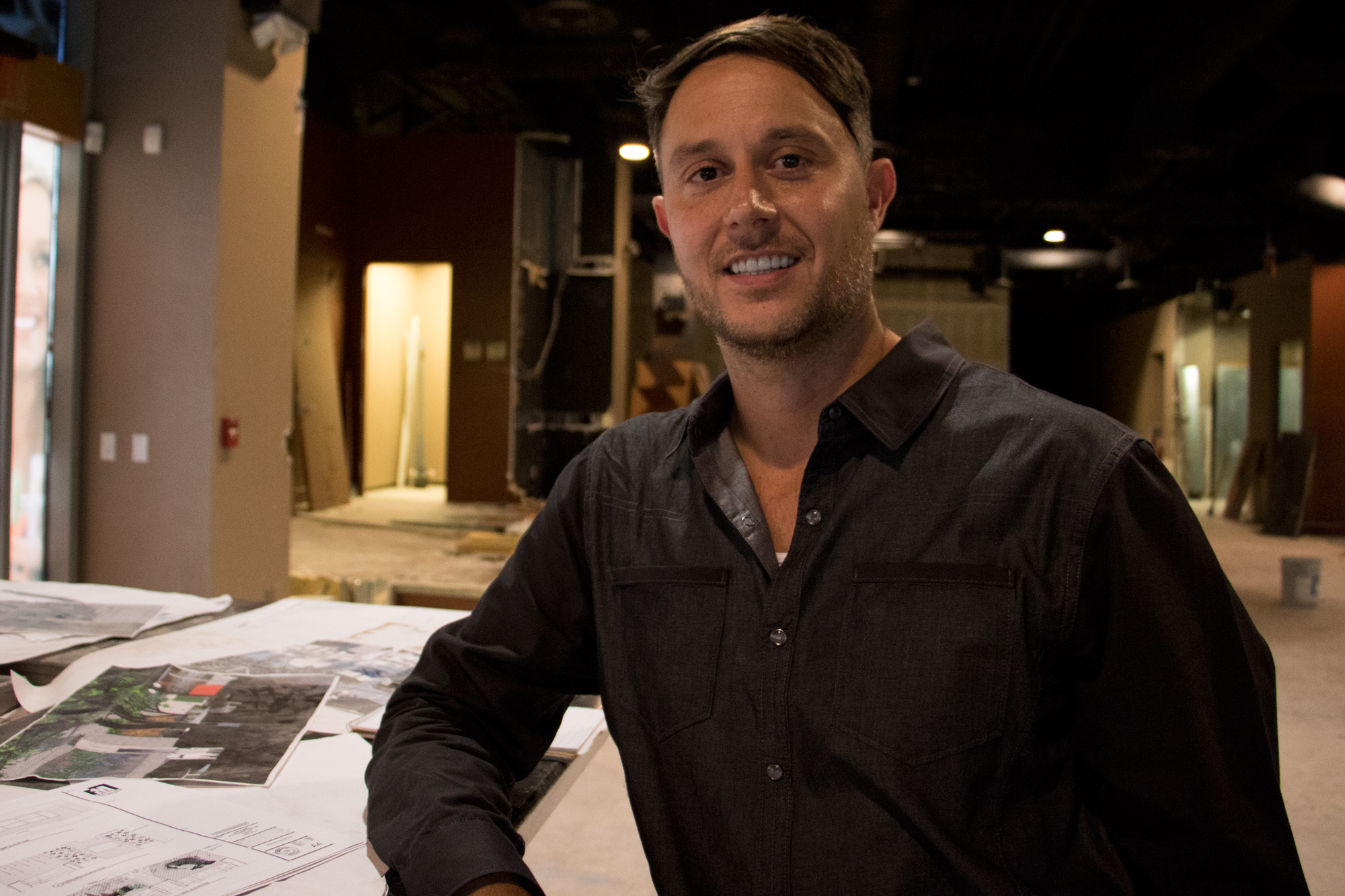 A stage for live music and events is already taking shape inside, which will be followed by the installation of huge LED screens, two full bars (one of which is indoor-outdoor) and garage-style doors covering the wall facing Second Street. But right now, getting the kitchen build-out complete is priority one.
“What drove me to this concept was the flexibility of the kitchen and the passion these guys have for food,” Richard said. “Why not get the best of the best, who have been perfecting their family recipes for years?”
Besides this project, Richard is also working on an indoor-outdoor food truck-inspired restaurant concept in Scottsdale, which is slated to open sometime next year.
So far, food vendors like Frites Street, Paradise Valley Burger Co., Maine Lobster Event, Indah Sushi Truck, Pho King (and many others) have already signed on at The Park, in addition to a partnership with Pedal Haus Brewery for a pour-your-own craft beer station. 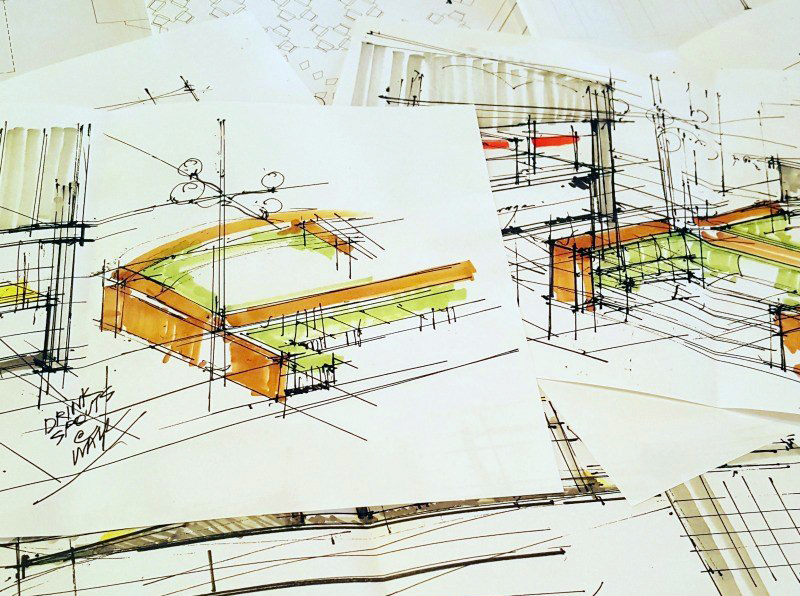 Located in the Collier Center next to Hard Rock Café, The Park makes the most of its expansive 11,000-square-foot indoor space, and will feature a small patio with outdoor access to the bar. (Photo: The Park)

“For food trucks that are aspiring to have their own brick-and-mortar, expand their footprint and get branding and exposure downtown, this is a great opportunity,” Richard said.
For quality control and consistency, the food trucks will be extremely hands-on in training The Park’s kitchen staff, according to Richard, but all the cooking and logistical aspects will be handled in-house.
Together, Richard along with owner-investor Bob Garland, a founding member of VA Angels out of Scottsdale, hope this street food-meets-indoor beer garden concept will be a hit with game-day goers, ASU students, downtown residents and the daytime commuter crowd.
For a complete list of food partners and updates on the opening, check out the website http://thepark.bar.
We know you have instagram
#DTPHX