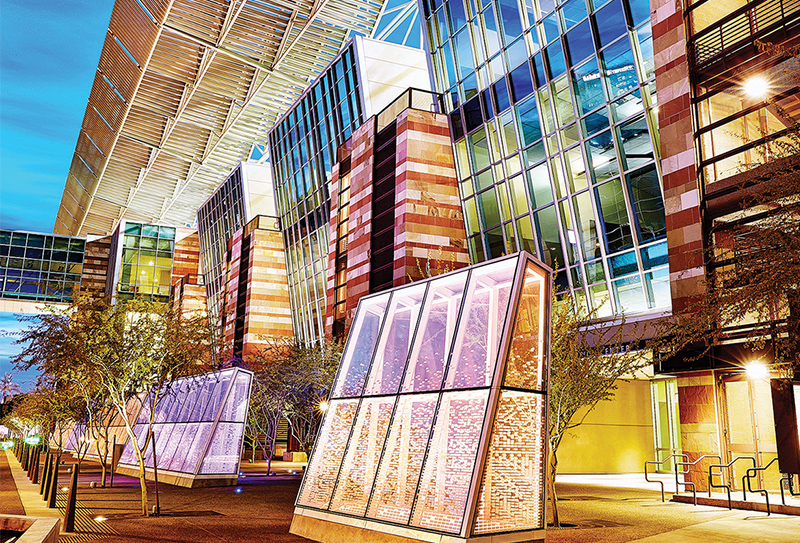 When the original convention center opened in 1972, known as Phoenix Civic Plaza, Downtown Phoenix was a far cry from the bustling urban center it is today.
Even after expansions in the ‘80s and renovations in the ‘90s, the 300,000-square-foot building failed to attract big conventions. Sports and performing arts were on the rise — in fact, Symphony Hall remains one of the last living relics of the original Phoenix Civic Plaza — but that was essentially it, according to David Krietor, president and CEO of Downtown Phoenix Inc. (DPI). Downtown was mostly dormant.
When the multi-phase, $600 million demolition and expansion of the new and improved Phoenix Convention Center (PCC) finally wrapped up in 2008, a domino-effect of downtown redevelopment was set into motion.
Light rail and the Sheraton Grand Phoenix came online the same year, the Phoenix Biomedical Campus and Arizona State University Downtown grew by leaps and bounds, followed by the Westin Phoenix Hotel and entertainment options like Crescent Ballroom and CityScape Phoenix.
“For the first time, we’ve got this beautiful building that’s the right size, we have six hotels and a seventh one getting ready to open, and the full amenity package of restaurants, bars and live music,” Krietor said. “It’s a tipping point.”
Despite the recession, $4.6 billion was invested in downtown over the course of the past decade — in crucial areas of transportation, education, research, real estate, arts, culture, sports and hospitality. 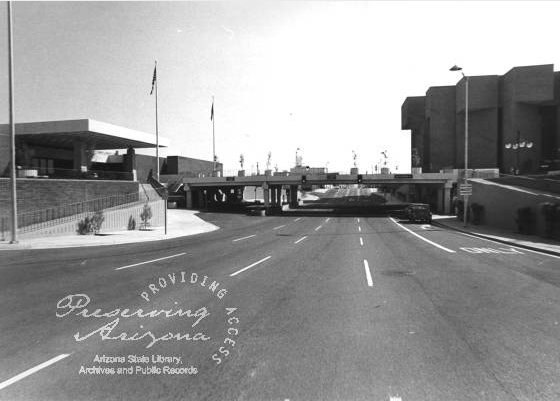 All the new developments, including the Fry’s grocery store mixed-use project approved by city council on Oct. 5, are game-changing, according to Melissa Gogel, vice president of marketing, tourism and communications for Visit Phoenix.
“Now we have an urban story to tell,” she said. “When people are visiting, they want to know what’s new, and right now that’s our new thing — the downtown product.”

Residents and visitors agree that Phoenix is a very different place than Los Angeles, Chicago or San Francisco. But PCC is finally poised to compete with other major cities — and winning bids for major events.

No other city has hosted the Super Bowl, College Football Playoff National Championship and NCAA Final Four back-to-back, and much of that is due to the convention center and downtown package.

According to Jerry Harper, deputy director of PCC, approximately 227,028 conventioneers are expected this year, and the projected number for 2017 is 307,056. That’s a 35 percent increase in one year.
Part of the uptick can be attributed to the 65,000 people coming for the NCAA Final Four Fan Fest in April. But in general, big conventions are becoming the norm. The American Farm Bureau Federation, American Traffic Safety Services Association and National Association of Basketball Coaches, just to name a few, are all scheduled to bring upwards of 10,000 attendees each in the spring.
With more than 180 restaurants and 3,000 hotel rooms — 425 more coming in 2017 with the Luhrs Marriott Residence Inn & Courtyard — Downtown Phoenix can finally host and entertain a large volume of guests.
In fact, the center had a record number of conventioneers in 2015, according to Harper, and future projections are just as positive.
“We’ve finally moved beyond just marketing the building itself and are now trying to talk about the overall experience,” he said. “Because that’s what people take away with them.”