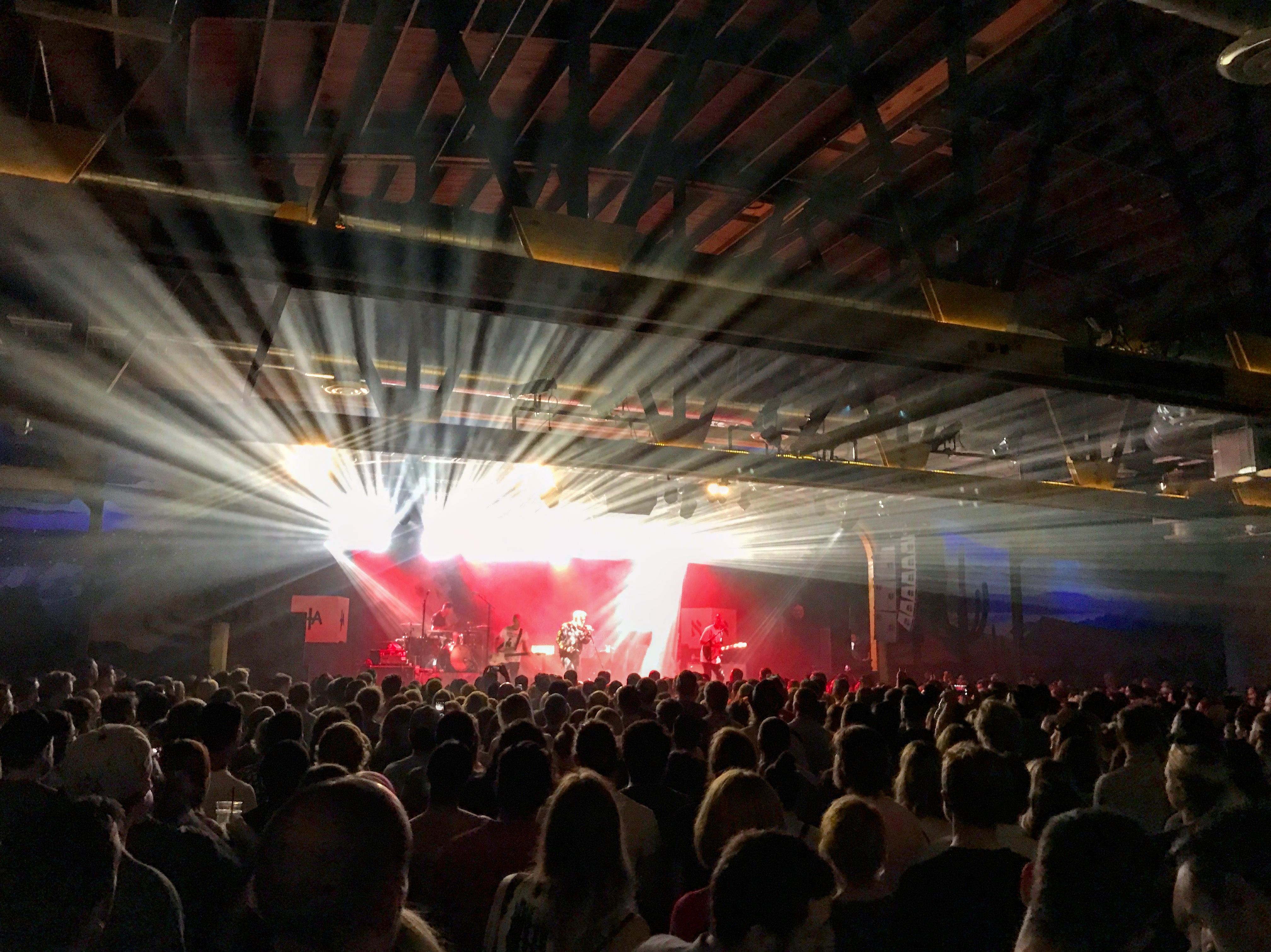 The story of how Downtown Phoenix transformed from a ghost town into a vibrant music and entertainment destination is a nuanced one.
But there are a few short answers and some key players whose names rise to the top.
Business leaders, artists and a Valley-wide fan base of music lovers definitely helped shape downtown’s scene. But key economic and infrastructure developments provided the catalyst.
During the 1990s, significant investments in America West Arena (now Talking Stick Resort Arena) and performing arts centers like Symphony Hall and Herberger Theater Center paved the way. In 2002, the Dodge Theatre (now Comerica) opened, followed by clubs like Crescent Ballroom, The Nash, Monarch Theatre, Last Exit Live, The Pressroom and Valley Bar.
With the grand opening of The Van Buren on Wednesday, which has a capacity of 1,900, Downtown Phoenix now offers venues at nearly every occupancy level — ranging from 200 to 18,000 people.
But venues are only as strong as the talent filling them. 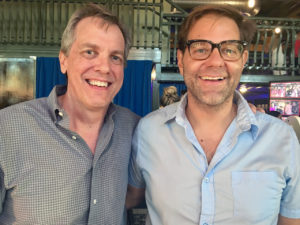 Promoters like Terry Burke of Live Nation and Charlie Levy of Stateside Presents have been bringing live music to Downtown Phoenix for decades. (Photo: Fara Illich)

That’s where promoters like Terry Burke of Live Nation and Charlie Levy of Stateside Presents come in.
As the president of Southwest music for Live Nation, which books and oversees operations at Phoenix’s largest venues — Comerica Theatre and Ak-Chin Pavilion, in addition to booking most of the shows at Talking Stick Resort Arena — Burke helps bring the biggest and brightest stars to town.
“We’ve been doing shows here since forever,” he said. “What you see now is just the evolution of what we’ve been doing for a long time.”
On the opposite end of the spectrum, Charlie Levy owns and books talent for Valley Bar and Crescent Ballroom, which can fit between 250 and 500 people respectively — facilitating smaller touring acts and filling the local music niche.
Perhaps better known for booking big names and selling millions of tickets (it merged with Ticketmaster in 2010), Live Nation Entertainment is actually “in the club business in a big way,” according to Burke. But the right scenario in Phoenix never popped up — until recently.
Bigger than Crescent and smaller than Comerica, the 20,000-square-foot Van Buren music venue originally housed a car dealership, and underwent a complete renovation over the past year, restoring it to 1930s splendor.
In July, Stateside Presents announced a partnership with Live Nation Entertainment, which will bring the The Van Buren under its subsidiary — House of Blues Entertainment.
“We’ll be able to lean on them for things we’ve never done before,” Levy said. “We’ve never had a venue this size and they own clubs around the country.”
According to Live Nation’s 2016 annual report, the company owns, leases and operates nearly 200 venues globally, and half of those are smaller clubs and theaters.
It helps that they’re all friends too. Levy used to work with some of the Live Nation Phoenix staff, including Burke, back in college at Danny Zelisko’s Evening Star Productions. Later, the small promotion company went through a series of acquisitions, eventually becoming the Live Nation local office. 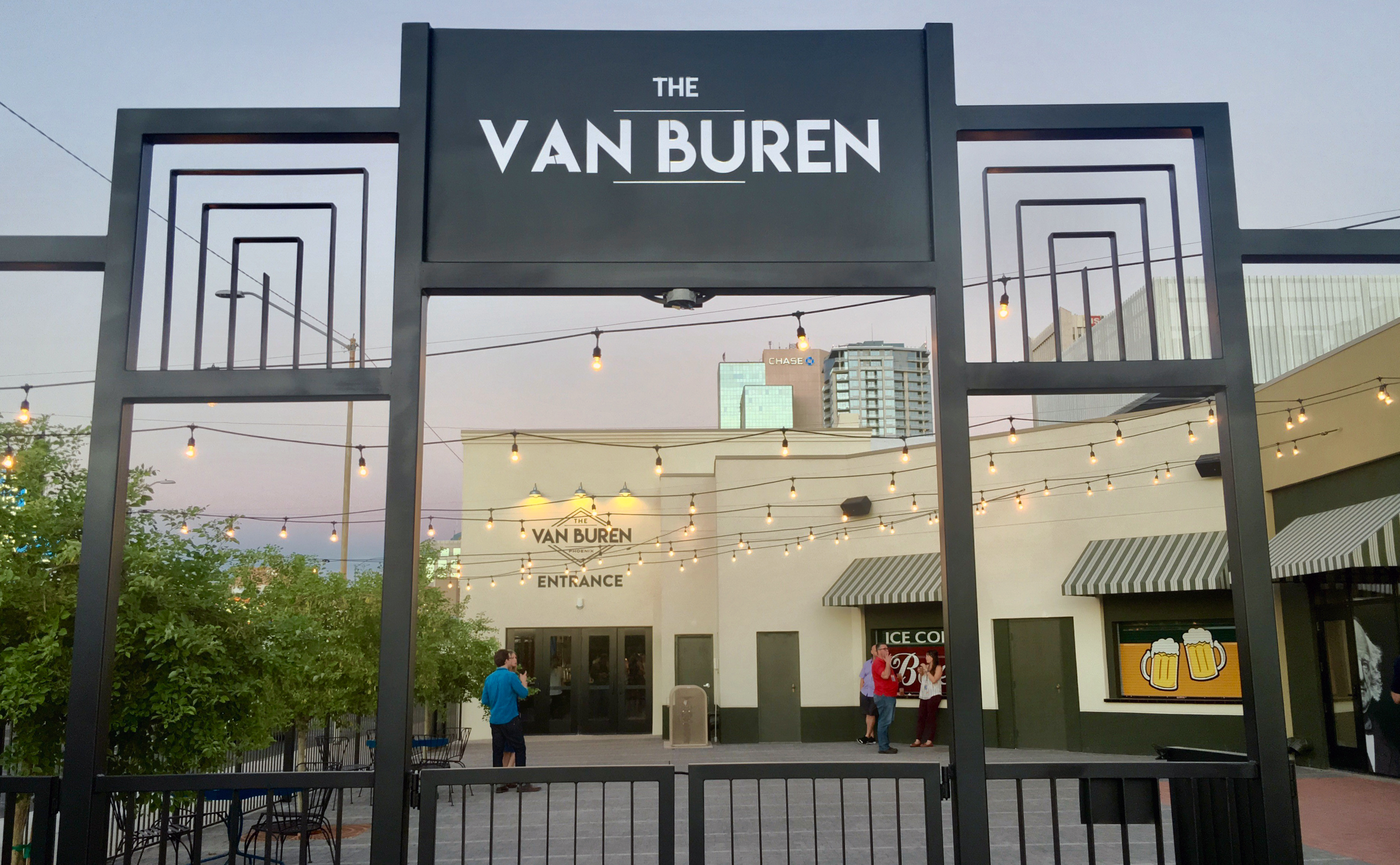 The 20,000-square-foot Van Buren originally housed a car dealership and underwent a complete renovation over the past year, restoring it to 1930s splendor. (Photo: Fara Illich)

Even though it’s now part of the largest entertainment company in the world, the same core group of people have been bringing live music to Phoenix since the 1980s.
This deep-seated knowledge of where downtown came from is key to understanding its potential, according to David Krietor, president and CEO of Downtown Phoenix Inc.
“I think people who are new to the market don’t really understand where we’ve been and how fundamental the changes are — just in the number of people who are interacting with and connected to downtown,” he said. “It’s the epicenter for live music in the entire region, there’s just no question about it.”
Downtown’s “big shift,” as Krietor explains it, is apparent to people like Terry Burke, who have watched the influx of restaurants, entertainment facilities and residents over the years. In fact, Live Nation just moved its local office from central Phoenix to the One North Central building in July.
“It felt right to be downtown,” Burke said. “It’s no different than anyone else moving downtown — there’s a vibrancy here.”
For Levy, having the knowledge base that Burke and the rest of the Live Nation team brings — in addition to being physically located here — benefits the venue, the bands that play and the people who come to shows.
“To have someone with that kind of stature right downtown is a pretty big deal,” Levy said. “It’s exciting to live and work downtown and just to see it grow, and be a part of it.”
We know you have instagram
#DTPHX