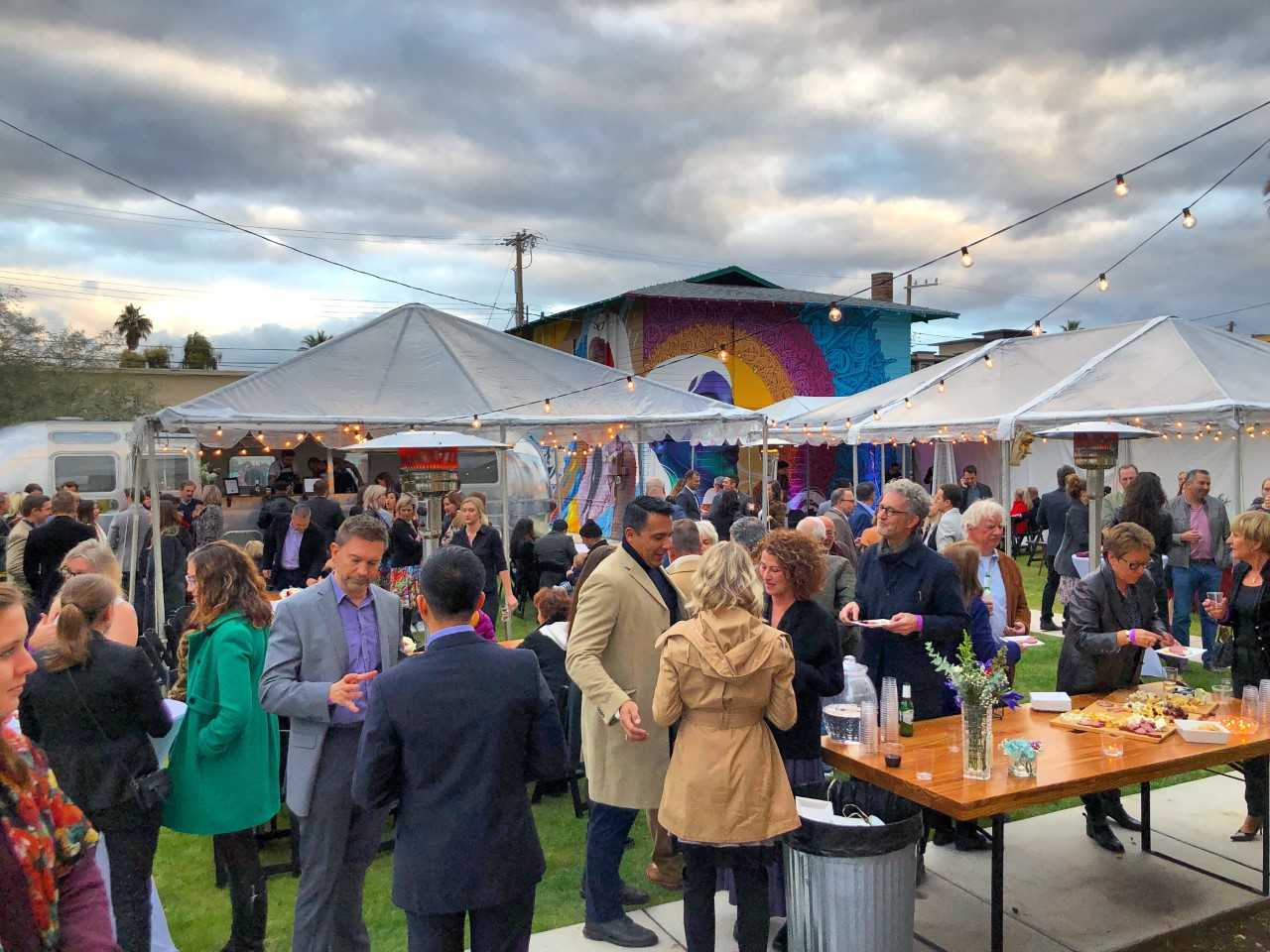 A special Super Bowl-themed Garden Party is happening Sunday, Feb. 3 at the historic Pemberton House in Roosevelt Row. Recently renovated by True North Studio, this 1920s prairie-style home is one of the few remaining in the Valley. (Photo: Lauren Potter)

Super Bowl LIII kicks off at 4:30 p.m. on Sunday, Feb. 3 in Atlanta — but the best watch parties are right here in Downtown Phoenix.

3 p.m. / 308 N. Second Avenue / 602-716-2222
Crescent’s Pabst Blue Ribbon-themed party, “Pabst it to me, I’m open,” returns again this year, with the game projected on the big screen in the lounge, plus two additional TVs. For Super Bowl snacks, try the homemade street tacos, burritos, chips and salsa or cheesy bean dip. Wash it down with a local draft beer or specialty cocktail. Seating is limited, so get there early.

11 a.m. / 333 E. Jefferson Street / 602-293-3332
Formerly Coach’s Corner Grill, the space is now half-owned by The Rose and Crown, which closed its Heritage Square location in November 2018. At the new Crown Public House, you’ll find some of the best parts of Rose and Crown, including many menu items and support of Liverpool Football Club. If you’re a Patriots fan, this is the place to watch the game with food specials like clam strips, lobster rolls, clam chowder and Fenway-style franks. Drink specials begin at 3 p.m. featuring $4 drafts and $4 well drinks.

11 a.m. / 24 N. Second Street / 602-253-0118
Owned by Grand Canyon University Basketball Coach and Former NBA All-Star Dan Majerle, Majerle’s Sports Grill is a great place to watch the Super Bowl (or any game for that matter). There aren’t any specials on Sunday, but Majerle’s is known for great prices, gourmet burgers and an extensive list of appetizers (check out the Old School Nachos or Thunder Fries).

10 a.m. / 330 E. Roosevelt Street / 602-281-2930
Enjoy fresh-grilled carne asada, pollo asada, hotdogs and hamburgers on the patio, in addition to beer pong, ping pong and corn hole. The Big Game will be broadcasted on a massive LED video wall, with plenty of drink specials to quench your thirst including $3 bottled beers and mules, $5 margaritas and $12 beer buckets.

3 p.m. / 1121 N. 2nd Street
This event is part of the new “Garden Party” series, happening the first Sunday of every month. During Super Bowl, several big screen TVs will be spread throughout the property, and beer, cocktails, and gourmet BBQ curated by Grace Unger of Tuck Shop will be served. General admission is free (just requires an RSVP) with à la carte food and beverages available. All-inclusive tickets are also available for $50 per person, which includes all-you-can-eat BBQ and two drink tickets.