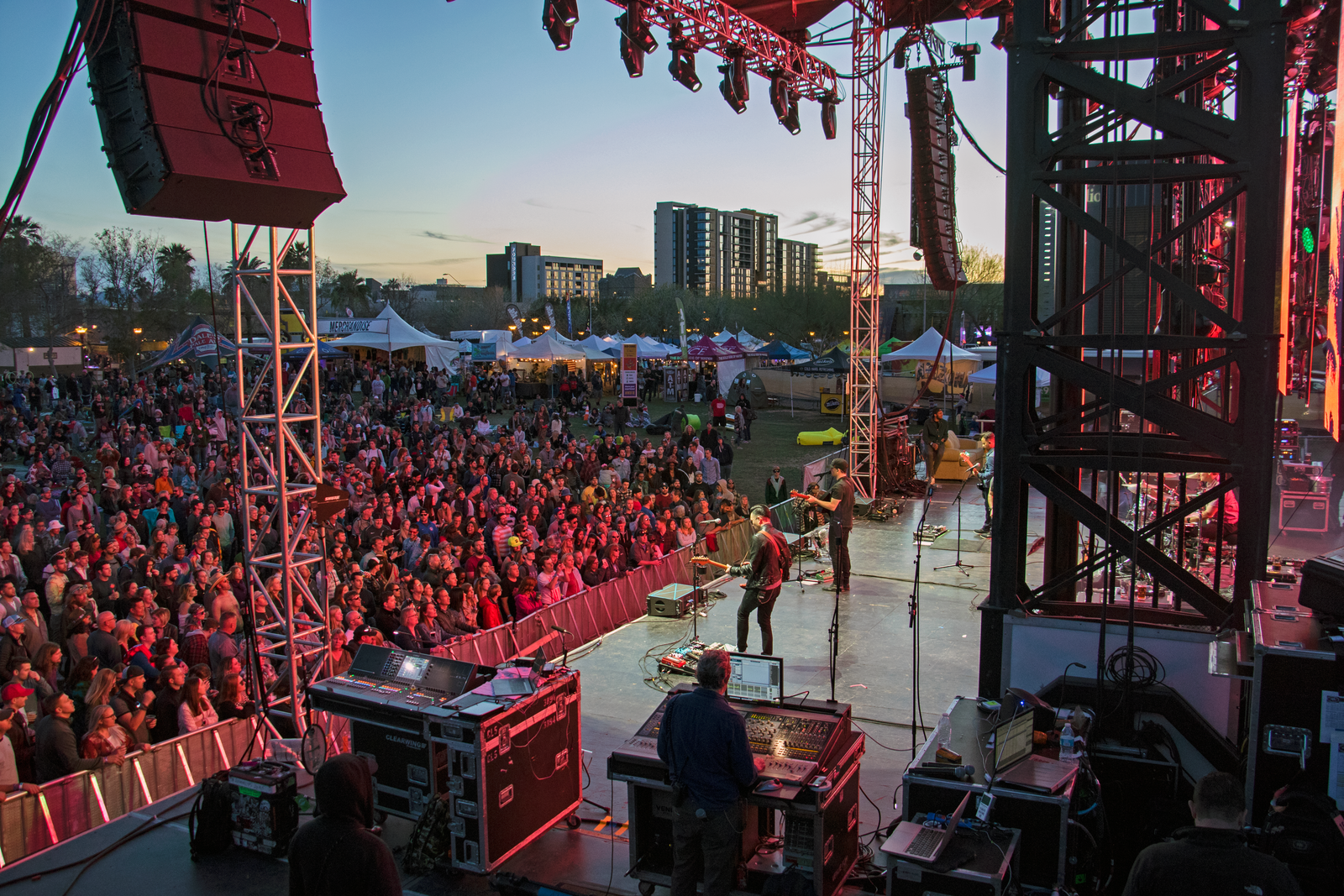 M3F Fest (McDowell Mountain Music Festival) returns to Margaret T. Hance Park in Downtown Phoenix March 1-3 for another weekend of must-hear music, community building and fun.
Now in its 16th year, M3F is known for its eclectic lineup of music. This year is no different with national headliners like Odesza, Empire of the Sun, Kurt Vile and the Violators, Umphrey’s McGee, plus our favorite local bands and DJs.
While it has become a well-known destination for festival-goers, we’ve got some lesser-known tidbits about M3F that might surprise you.

One of the coolest things about M3F is that it’s a family-friendly music festival. Not only are kiddos aged 10 and under free, there’s even a dedicated Kid Zone that has tons of fun, free activities like arts and crafts, face painting, engaging sustainability activities and more.

Using more than 100 of its employees — and their logistical expertise — Wespac Construction puts on the entire three-day music festival. Wespac founder John Largay says it’s really no different to a construction job site, except the stage and sound of course.

The festival is 100 percent nonprofit

Once all the bills have been paid (bands, vendors, etc.), all the money that M3F has leftover is donated to the Phoenix Children’s Hospital Music Therapy Program, Habitat for Humanity of Northern Arizona, and the Leukemia and Lymphoma Society. That means for every ticket sold, money is being invested back into organizations that are making a huge impact on our community.

Volunteers are the backbone of the festival

Remember that team of 100-plus Wespac employees? Well, when they’re wearing their M3F hats, they’re also in volunteer mode, meaning they don’t get paid. And you’ve got to admit it’s pretty awesome that they get together on their own time to create such an amazing event in our community.

It has donated more than $1M to local charities

Unlike your average music festival, M3F is nonprofit and has always has been. Founder John Largay is passionate about giving back to the community, and just last year alone, donated $65,000 to local charities. Since its inception 16 years ago, the festival has donated more than $1 million.

Local and national bands are featured

While major headliners like Odesza, Empire of the Sun and Umphrey’s McGee are an awesome excuse to check out M3F, it’s also a great way to experience the best music Arizona has to offer. From experimental electronic like House of Treezus to the funky, soulful sounds of Phoenix Afrobeat Orchestra, there’s a lot to love about the local lineup.

M3F is a sustainable festival

From compost to recyclable beer cups, M3F aims to be a zero-waste festival. It also integrates tech, too. Instead of using a printed program, M3F has a smartphone app (yay for saving trees!). Compost generated at the event is donated to local farms and as an extra bonus, festivalgoers get a discount on beer when they reuse their recyclable beer cup. Cheers to that.
For more info and ticket prices, visit the website.