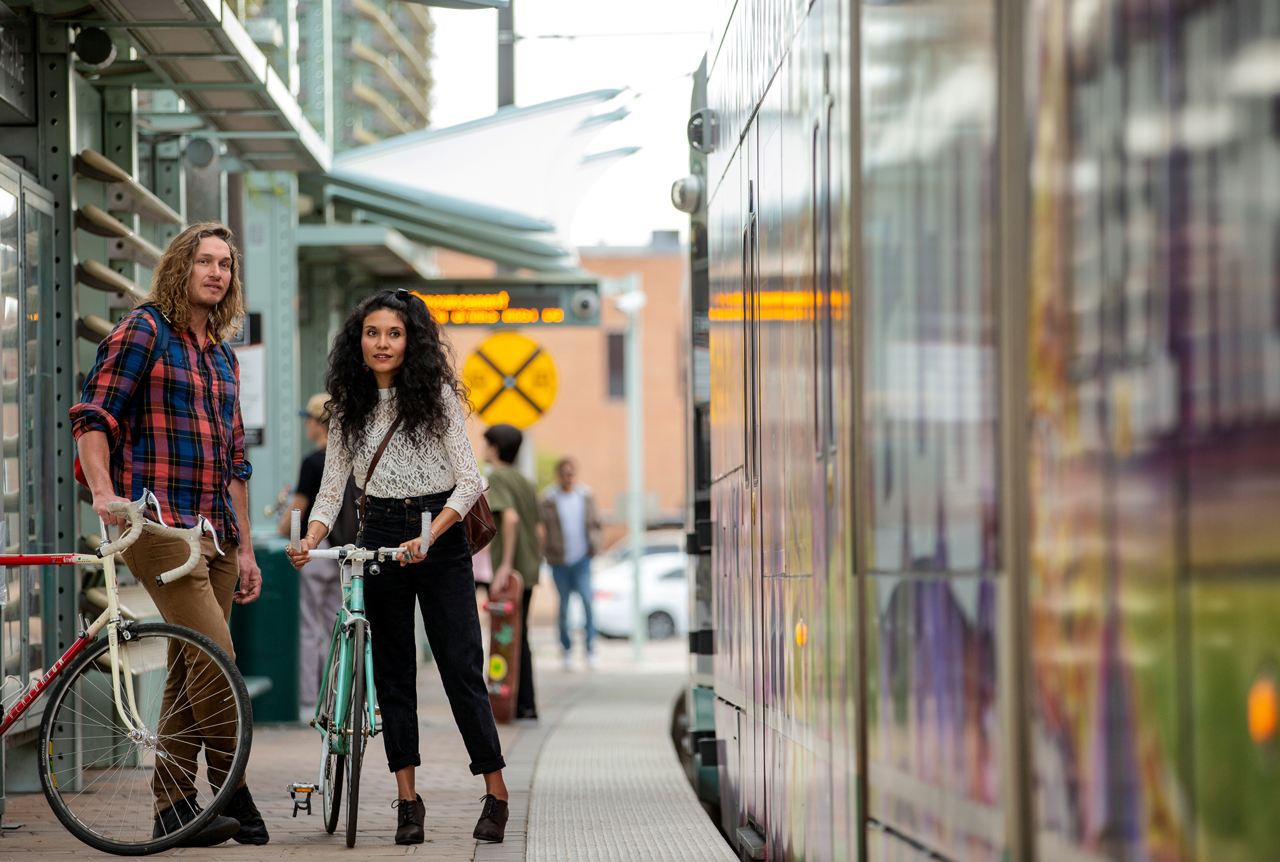 More than 50,000 riders rely on light rail everyday, with about 60 percent using it to get to work or school, according to Valley Metro. (Photo: Jill Richards)

The Aug. 27 Phoenix Special Election is right around the corner, with early voting going on now through Aug. 23. The ballot includes two propositions that, if passed, would dramatically affect the city’s future. The first measure, Prop 105, pertains to light rail, and the second, Prop 106, pertains to City of Phoenix pensions.
Prop 105 “Building a Better Phoenix Initiative”
A yes vote would end construction of light rail and redirect City funds from current rail projects to other transportation infrastructure improvements in Phoenix. It would also prohibit future light rail development, with an exception for PHX Sky Train. Read more about the “Yes” campaign here.
A no vote leaves funds allocated toward current and future light rail projects as they are, in accordance with existing city charter provisions and codes. Read more about the “No” campaign here.
• Prop 105 was drafted by opponents of the South Central Light Rail Extension. Its authors contend that light rail is too costly, and negatively impacts the communities it passes through.
• If passed, Prop 105 would redirect the City of Phoenix transportation sales tax away from light rail toward other transit improvements. Billions of dollars in regional and federal funds already earmarked for light rail would be forfeited.
• If voted down, current light rail extensions, which have been planned for more than a decade, will stay on track.
• Light rail is currently funded through a city transportation sales tax (0.7 percent), federal grants, regional funds and passenger fares. Voters have approved light rail three times: 2000, 2004 and 2015.
Prop 106 “Responsible Budget Act”
A yes vote would require annual assessments of pension debt and limit city spending if pensions are not 90 percent funded. Only public safety services (police and fire) are exempted from this limitation. Read more about the “Yes” campaign here.
A no vote would keep the existing pension debt repayment plan, allowing the City of Phoenix to pay down its $4 billion in pension liability (money owed retiring employees) over the next 25 years. Read more about the “No” campaign here.
• Prop 106 was drafted by a national political nonprofit called Responsible Budgets and backed by a small group of local conservatives.
• If passed, Prop 106 would help pay down the pension liability faster than currently proposed by limiting city spending, potentially lowering interest on the debt over time, and helping reduce the City’s deficit.
• If voted down, the City would have more flexibility to pay down pension debt over the next 25 years, addressing long-term funding concerns without forcing significant cuts to public services.
• The spending freeze proposed by this initiative could impact neighborhood services like libraries, cultural attractions, community centers, parks, public swimming pools, road repairs, in addition to the City’s contract with Downtown Phoenix Inc. Police and fire would be exempt.