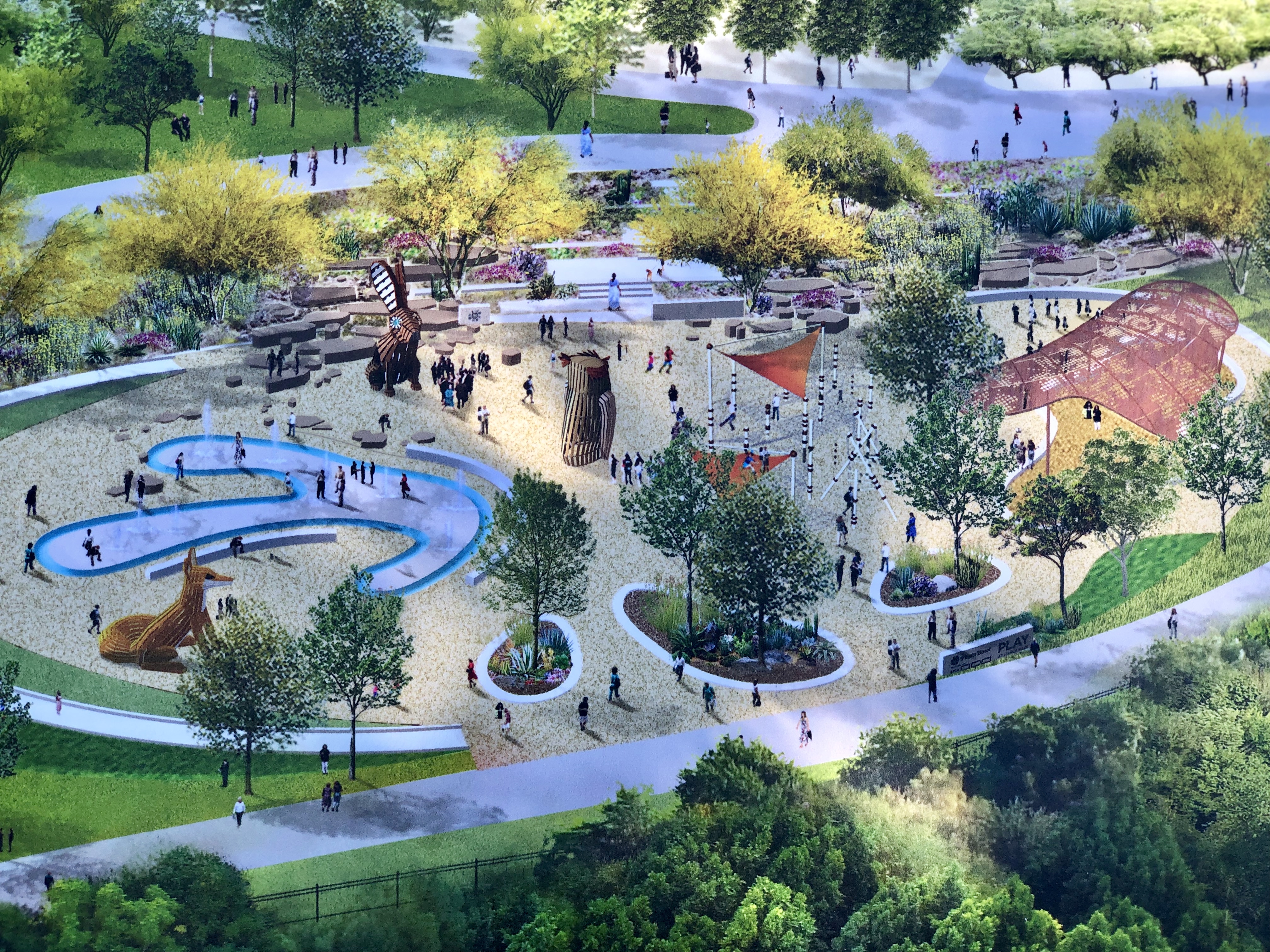 At the center of every world-class city is a world-class park, and the Fiesta Bowl organization is donating $2 million to help get Phoenix closer to that vision.

The Hance Park Partner Coalition unveiled plans for the new “Fiesta Bowl Play at Hance Park” on Monday, marking the first piece of the park’s revitalization project to receive a seven-figure donation.

The 20,000-square-foot, state-of-the-art playground area will be geared toward families and people of all ages. Constructed on the west side of Margaret T. Hance Park in Downtown Phoenix, the goal is to create a multi-generational city asset that millions of Arizona residents and visitors can enjoy.

“It reminds you of when your kids were little, or when you were a kid,” said Bob Whitehouse, Chief Operating Officer with Fiesta Bowl, “and you’re able to just forget all the issues that are going on in the world and enjoy life.”

Phoenix Community Alliance (PCA), Hance Park Conservancy and the Phoenix Parks and Recreation Department are the three arms of the public-private coalition, formed in 2017. Shade trees, a splash pad, restaurant, amphitheater and new playground represent just some of the big changes coming to the park.

“As a mom and a mayor, I am so happy we will have a world-class playground,” said Mayor Kate Gallego, who called Hance Park “one of the most special places in Phoenix.”

Built atop the Interstate 10 tunnel and commonly referred to as deck park — Hance Park is home to annual events like McDowell Mountain Music Festival, the St. Patrick’s Day Faire, Chinese Culture and Cuisine Festival, and many others. According to Gallego, the playground will help draw people into the 32.5-acre park on a daily basis, while still allowing for large-scale events.

During Monday’s announcement, representatives from the City of Phoenix, Phoenix Community Alliance and Fiesta Bowl spoke of the importance of Hance Park in driving economic development, attracting and keeping residents, and being a cultural hub for the community.

In addition to hosting Arizona’s first college football bowl game, the Fiesta Bowl organization helps develop and champion a number of charitable causes involving youth, sports and education as part of its mission. This playground is an extension of that, according to Bob Whitehouse.

“We were all on board to make this park pristine and a model for other cities,” he said. “We’ve done several parks over the last 40 years in Arizona — the closest is about a mile from here – and this will be 10 times the size.”