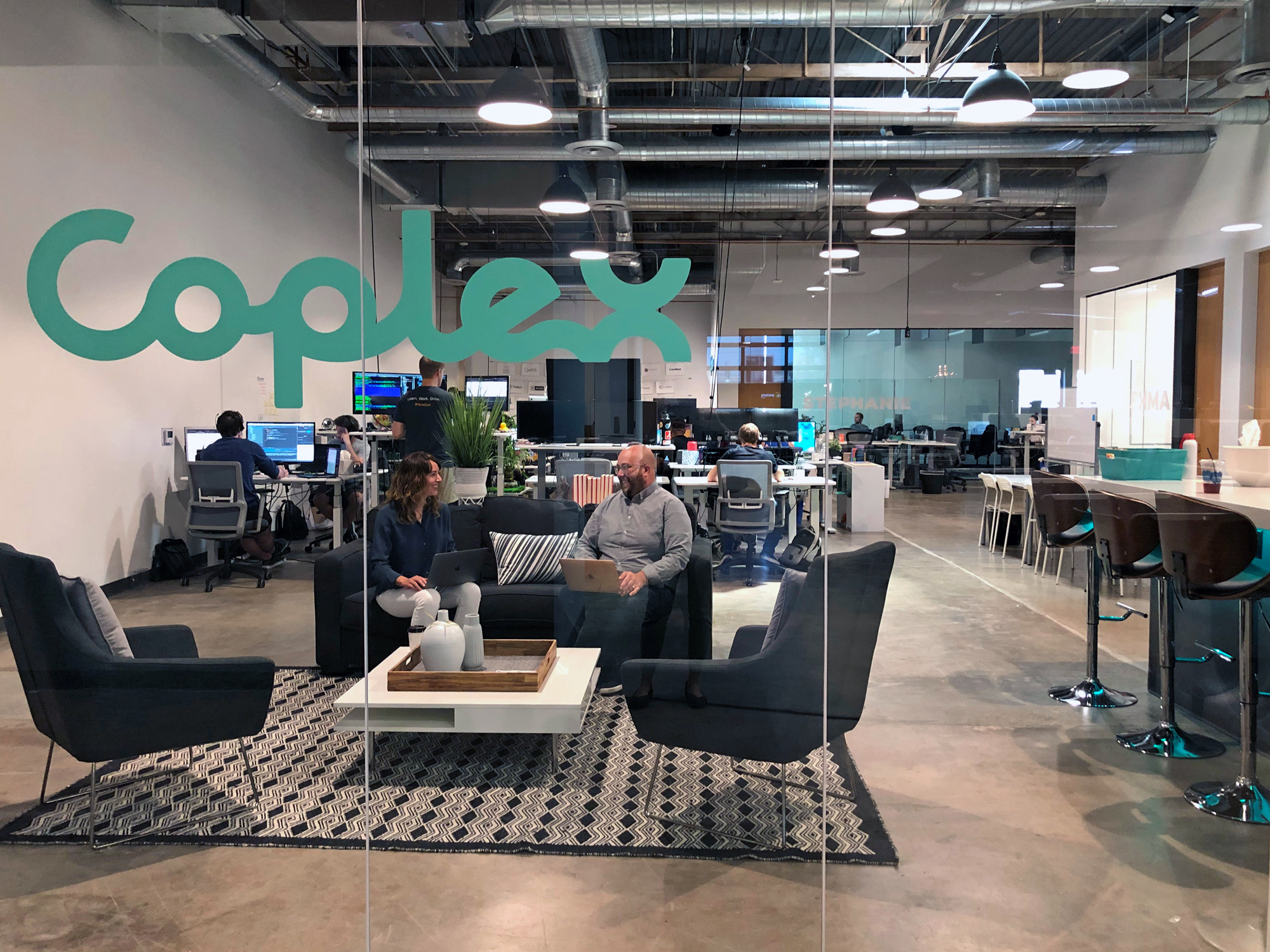 One of the largest office tenants at Galvanize in the Warehouse District, Coplex is a “venture builder,” giving tech startups the tools to launch and grow successfully. (Photo: Fara Illich)

Since 2016, technology and coworking companies have leased 620,000 square feet of office space in Downtown Phoenix – a 1.7-square-mile area that many thought would never attract tech.

For decades, companies looking to open or relocate passed over downtown for places like Chandler, Scottsdale or Tempe. The popularity of suburban office parks in the ‘80s and ‘90s didn’t help.

A pervasive stigma lingered over downtown, and even after that began to turn around in the 2000s, some developers and commercial real estate brokers still pigeonholed Phoenix’s urban core as a place with no parking, amenities or workforce.

It required a concerted effort on the part of the City to really cut through that mantra, according to Christine Mackay, who left Chandler to become the City of Phoenix’s community and economic development director in 2014.

“The first thing they told me when I got here was your tech days are over — you’re not working with tech companies anymore, and I said, ‘that doesn’t make any sense,’” Mackay said.

But it was bigger than changing the narrative around downtown, according to Mackay. The City really had to nurture downtown’s innovation economy — promoting projects and policies that increased walkability, higher-ed institutions, and the array of entertainment options that attract tech companies and keep talent.

“With our universities, with our bioscience campuses, with our workforce that lives here — we can really bring it all together in a package and market the Warehouse District, our downtown and Roosevelt as an innovation core,” Mackay said. 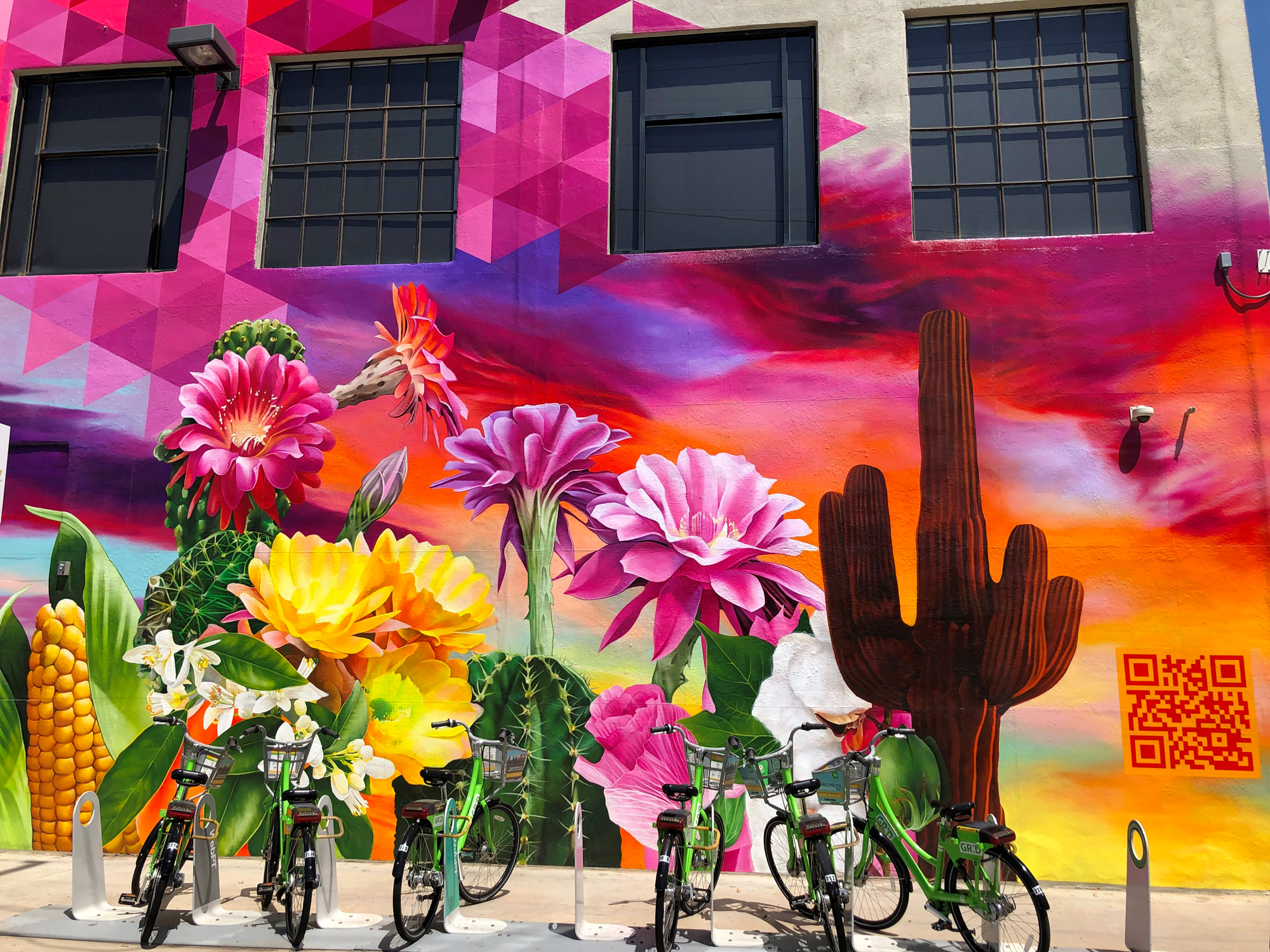 Laying the groundwork for innovation: the physical space is part of it

Attracted to the gritty, urban feel of renovated warehouses, a number of tech, architectural and creative firms have moved in just south of the tracks from downtown’s highrises.

When Galvanize opened its tech education and coworking campus in the Warehouse District in 2017, it housed 48 companies and a school. There are now 140 companies that operate out of Galvanize, ranging in size from small startups to companies as large as Banner Health and McKesson.

Beyond training the next generation of tech talent, it often serves as “the place for the conversation to happen,” according to Diana Vowels, general manager of Galvanize.

“Everyone in this building is transforming something, and that’s where the energy comes from,” she said. “The City of Phoenix worked tremendously hard to get us here, and they were very flexible in putting together a program that was very attractive. Chris Mackay, her team, and Mayor Stanton were very personally involved, saying, ‘Phoenix needs this.’”

As a councilmember for District 8, which encompasses the Warehouse District, Kate Gallego (now Mayor Gallego), also championed urban renewal in the area, and the growing increase of knowledge-based jobs.

Galvanize is first and foremost a school, with programs in software engineering and data science.

Right now, Galvanize has a job placement rate in the 90 percentile range, according to Vowels, and an average starting salary of $78,000 for software engineers and $110,000 for data scientists.

For big players like Banner Health and McKesson, opening inside Galvanize isn’t about needing more office space, it’s about getting plugged into the community.

As a company that helps venture founders start, launch, and get funding, Coplex relocated from Tempe for the same reason.

“It’s a very lively tech space,” said Adam Leidhecker, Coplex’s brand strategist. “To be around other innovators in our space just seemed like a natural pairing.” 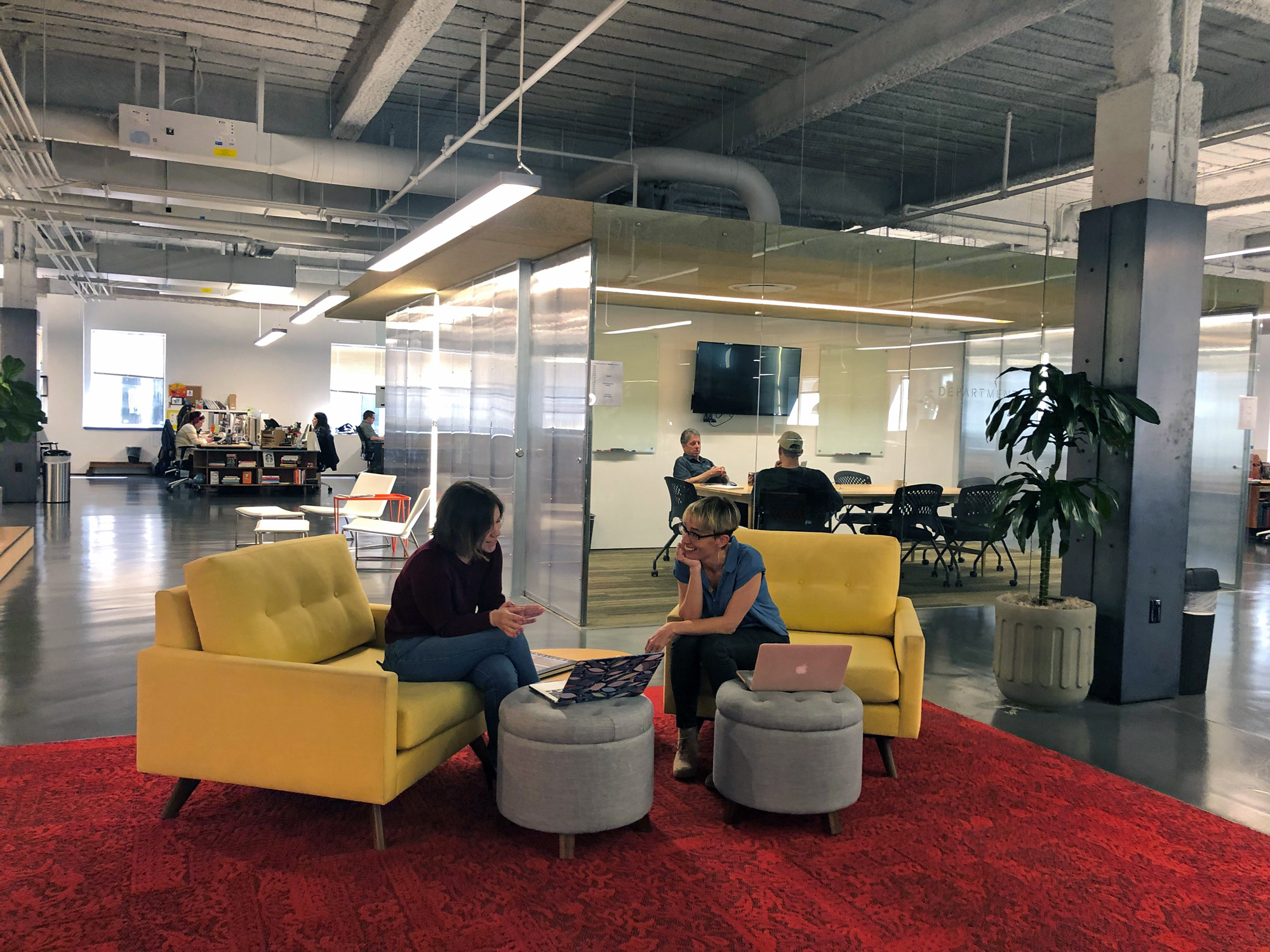 The Department is one of the most affordable coworking spaces in Downtown Phoenix, catering to small businesses and nonprofits. About 40 percent of members are tech founders or small teams. (Photo: Fara Illich)

The Proliferation of Coworking

Tech growth often happens in clusters, and the proliferation of coworking spaces, maker spaces, small business incubators, and events like Phoenix Startup Week help foster that growth. These places give the tech and startup communities a place to come together, share ideas, collaborate and innovate.

WeWork recently leased four floors at the 101 North building, and just announced another two floors of space in the yet-to-be-finished

Novel Coworking purchased the historic Heard Building in June, with plans to open at the beginning of 2020, and The Department, which opened in 2016, is expanding to two floors. When the build-out is complete, it will offer 50 offices and 30,000 square feet of coworking, complete with a seventh-floor balcony and lactation lounge.

In all, there are six coworking companies currently in operation in downtown, with more than 380 members. Some of those are law firms, nonprofits or other non-tech tenants, but having tech-friendly spaces are important, according to Kyle Frazey, managing director of The Department Coworking.

“Coworking spaces are like those hubs where you can find people in the same or similar industries,” he said. “It’s just really helpful for the broader ecosystem.”

Even with the coworking boom downtown, Frazey said there’s enough room in the market for everybody. The Department is nearly leased up, which he chalks up to downtown’s growing desirability.

“Being in the heart of Downtown Phoenix — that’s hard to replicate,” he said. “If you’re trying to recruit talent, obviously having all the restaurants, walkability — all those things are really important. Tempe is doing really well, but downtown has better amenities overall.”

Phoenix’s proximity to the Bay Area, relatively cheaper rents and amenities make it a national competitor.

Office spaces rent for about $26 per square foot, according to a report by CBRE, which is one-third the rate in New York and San Francisco.

“I can tell you in one word why they’re coming to Phoenix: it’s workforce,” said Chris Mackay. “We’ve got incredible universities that are spinning out this great workforce. Phoenix and Arizona used to be the second producer of tech talent for Silicon Valley — we’re actually keeping our knowledge economy here now.”