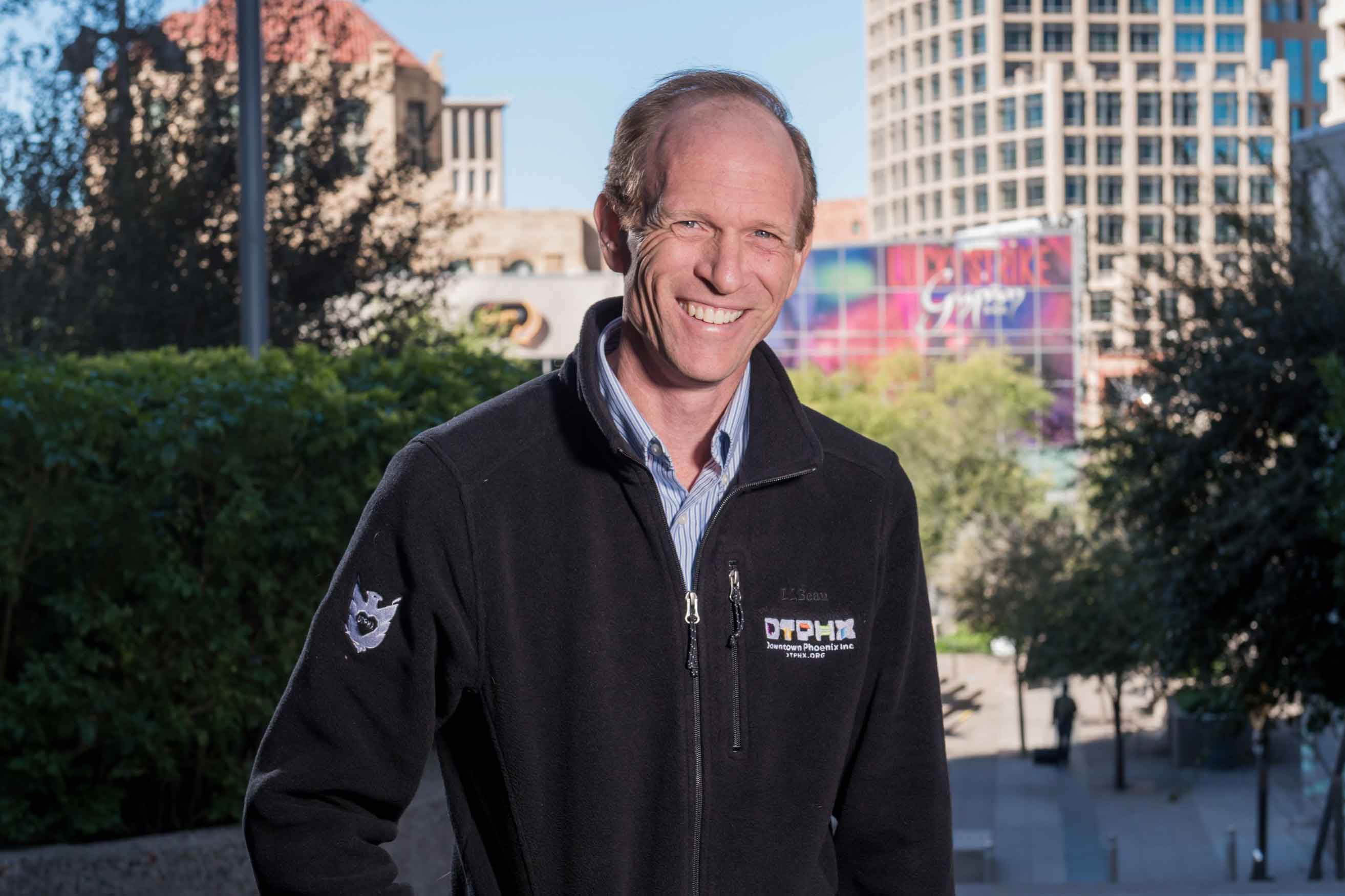 After nearly 20 years of helping Downtown Phoenix grow into a vibrant, walkable and connected neighborhood, Dan Klocke has stepped down as executive director of the Downtown Phoenix Partnership (DPP).

“When I started 17 years ago, this was a very different place,” Klocke said in a written statement. “Our little downtown has become something special — a neighborhood where all people can find something fun and interesting, and most importantly, feel welcome.”

After earning a bachelor’s degree in history and government from the University of Notre Dame and a master’s degree in law and diplomacy from Tufts University, Klocke served as executive director of the Charles Village Community Benefits District in Baltimore. This began a life-long passion for working in downtowns.

Klocke and his family settled in the FQ Story historic neighborhood, and he quickly developed many relationships at the City of Phoenix and inside the Valley’s development community.

Soon Klocke was named DPP’s vice president of economic development. He also continued to give his time and passion to a variety of city-building groups, including the Garfield Organization and City of Phoenix Historic Preservation Commission, where he currently serves as chair.

“We have come a long way and have further to go,” Klocke said. “Enjoy the journey.”