The Arizona Brewing operated for more than 50 years as the state’s lone brewery and produced what became Arizona’s most popular beer, A-1 Pilsner. (Arizona Brewing billboard from the 1930s: Duke University)

For decades, workers in Downtown Phoenix always knew when it was 5 o’clock. The company that was the source of happy-hour refreshments made sure of it.

People set their watches by the steam whistle of the Arizona Brewing Company, which blew four times a day at the plant located just east of downtown at 12th and Madison streets. The company operated for more than 50 years as Arizona’s lone brewery and produced what became the state’s most popular beer, A-1 Pilsner.

Arizona had been dry since 1915 when two brothers, Martin and Herman Fenster, opened Arizona Brewing after Prohibition ended in 1933. Their first batch was called Arizona Brew Beer, which changed to Sunbru Beer after a naming contest. 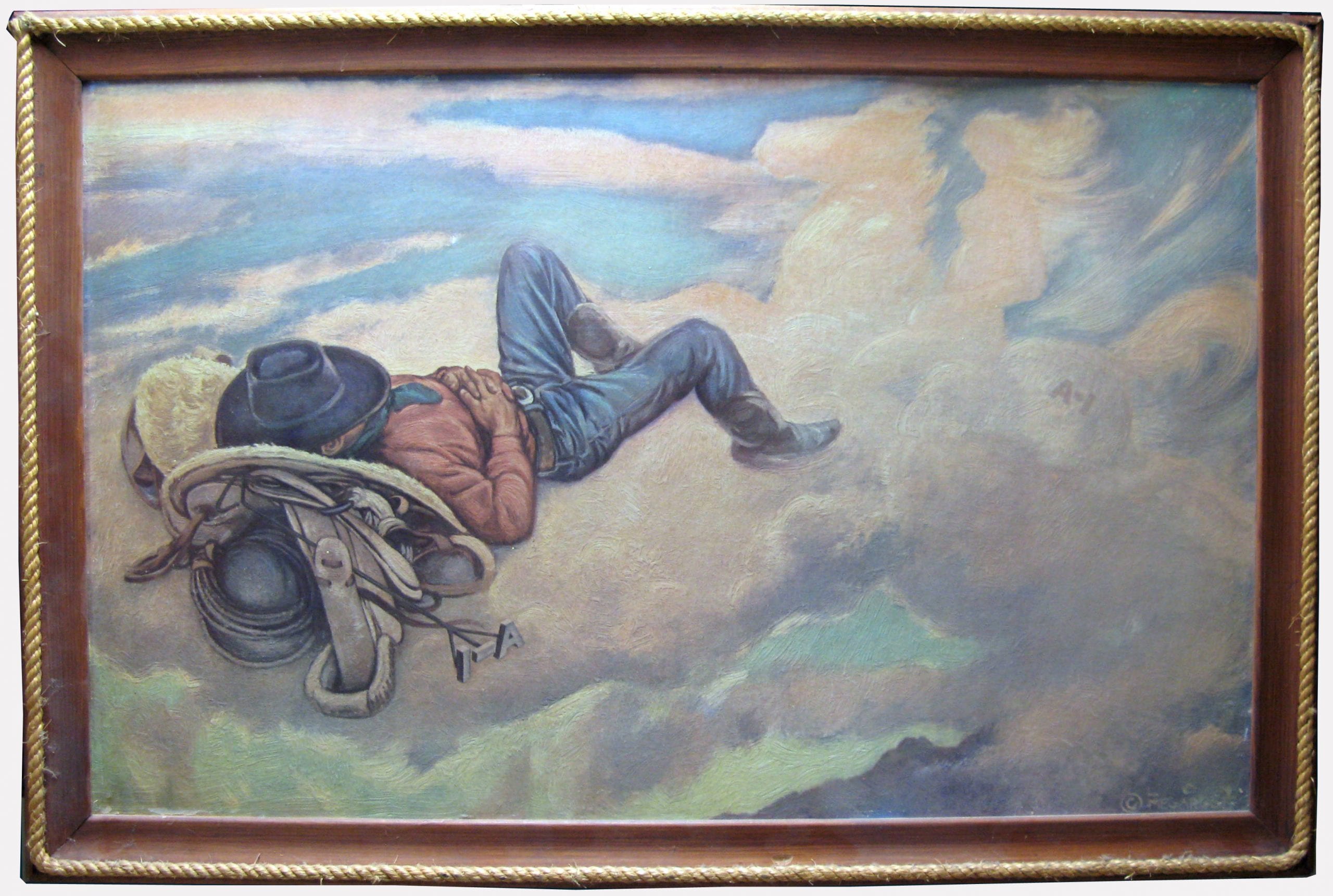 The Arizona Brewery commissioned Western artist Lon Megargee to produce four paintings to promote A-1 in the late 1940s, one of which was “Cowboy’s Dream.” (Source: Douglas Towne)

The brewery subsequently changed its main label to Apache Beer, “The Chief of Them All,” and created an array of brands, hoping one would go viral. These included Agila, Canyon Lake, Dutch Treat, English-Type Ale, Hopi, Sin Rival and Wunderland beers.

In 1943, Arizona Brewing produced its prize beer, A-1, which became the largest-selling brand in Arizona during the late 1940s and early 1950s. The beer was touted as “The Western Way to Say Welcome.”

The brewery commissioned Western artist Lon Megargee to produce four paintings to promote A-1 in the late 1940s. 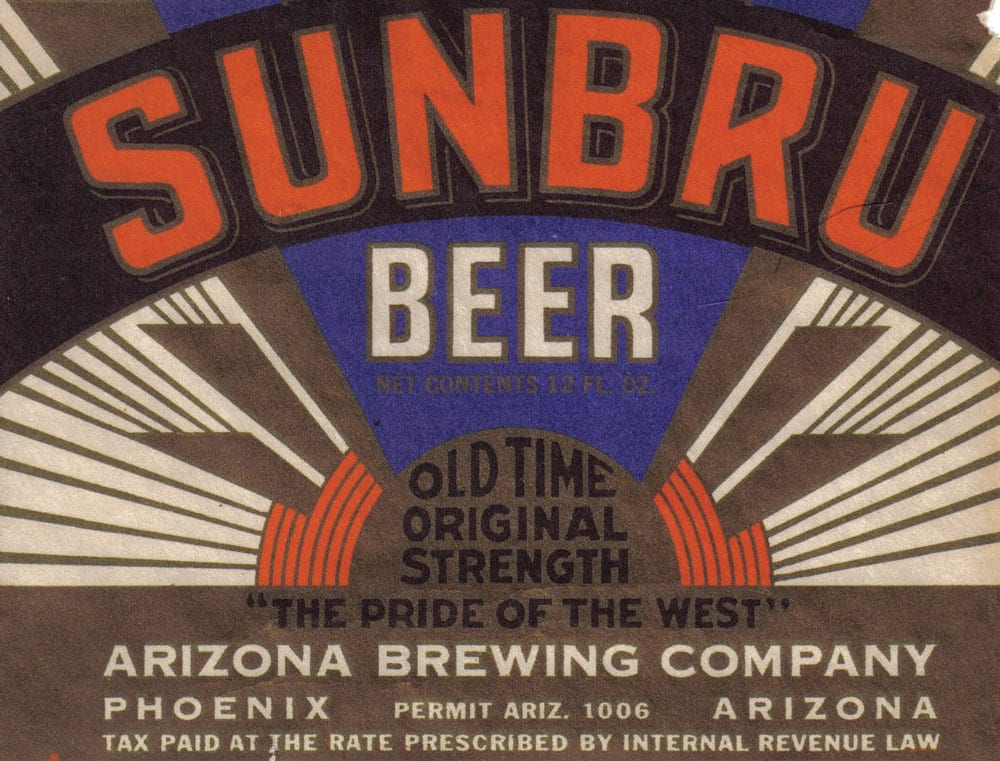 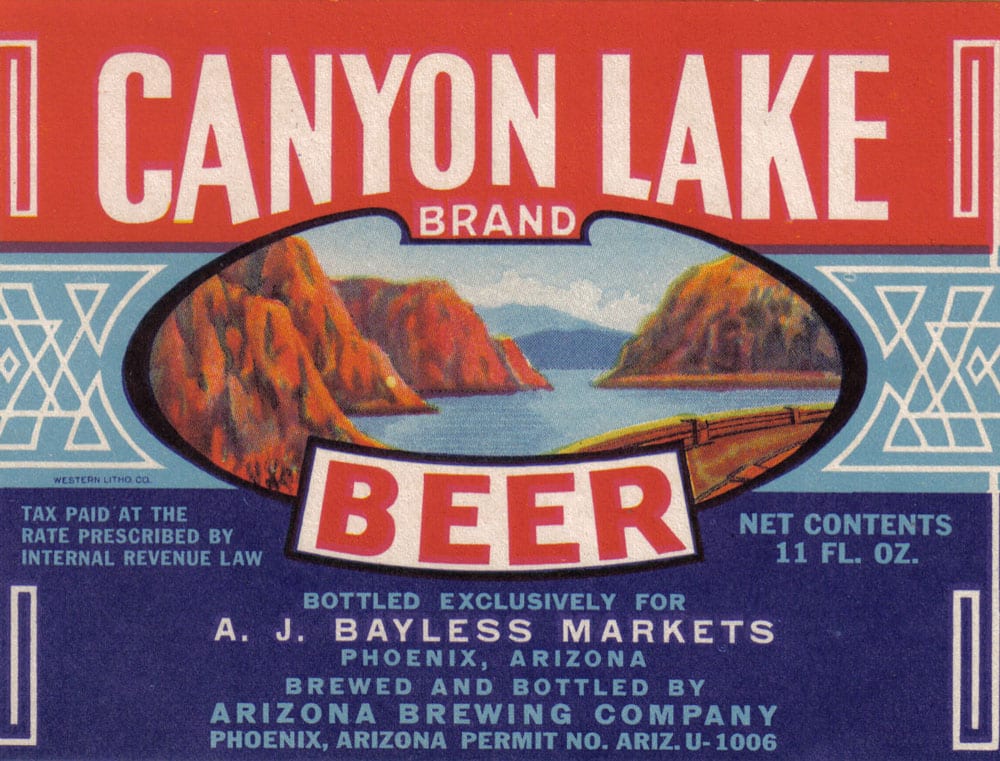 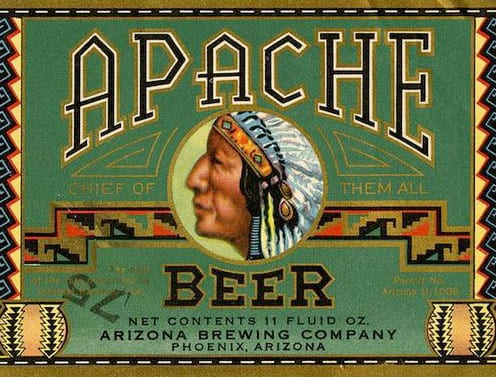 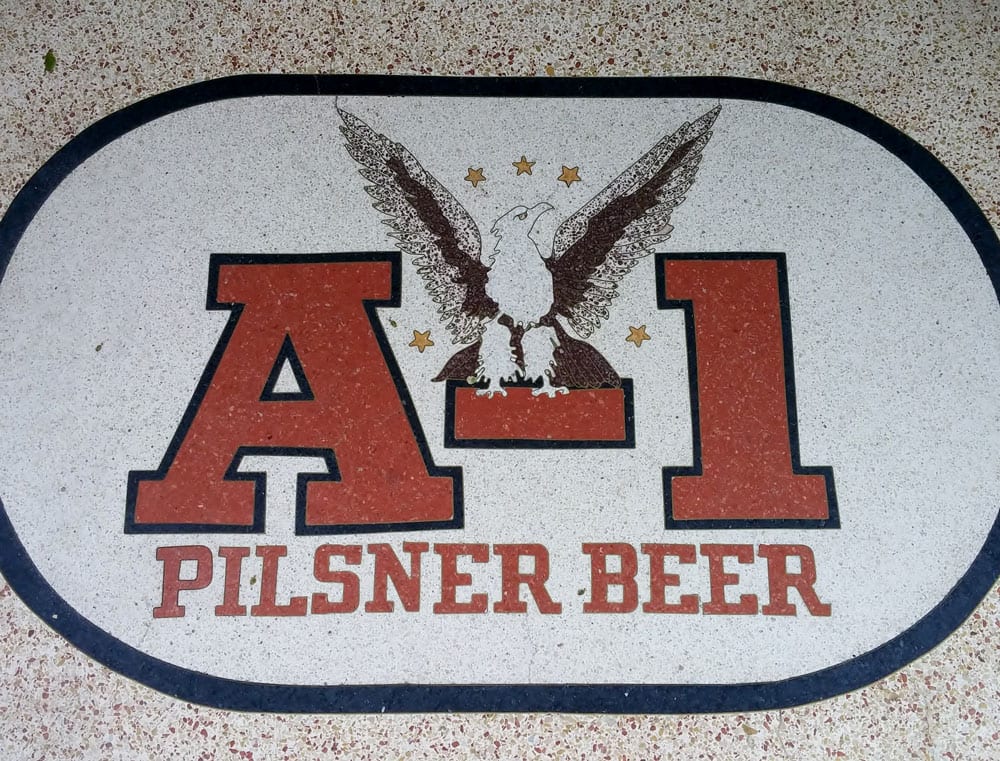 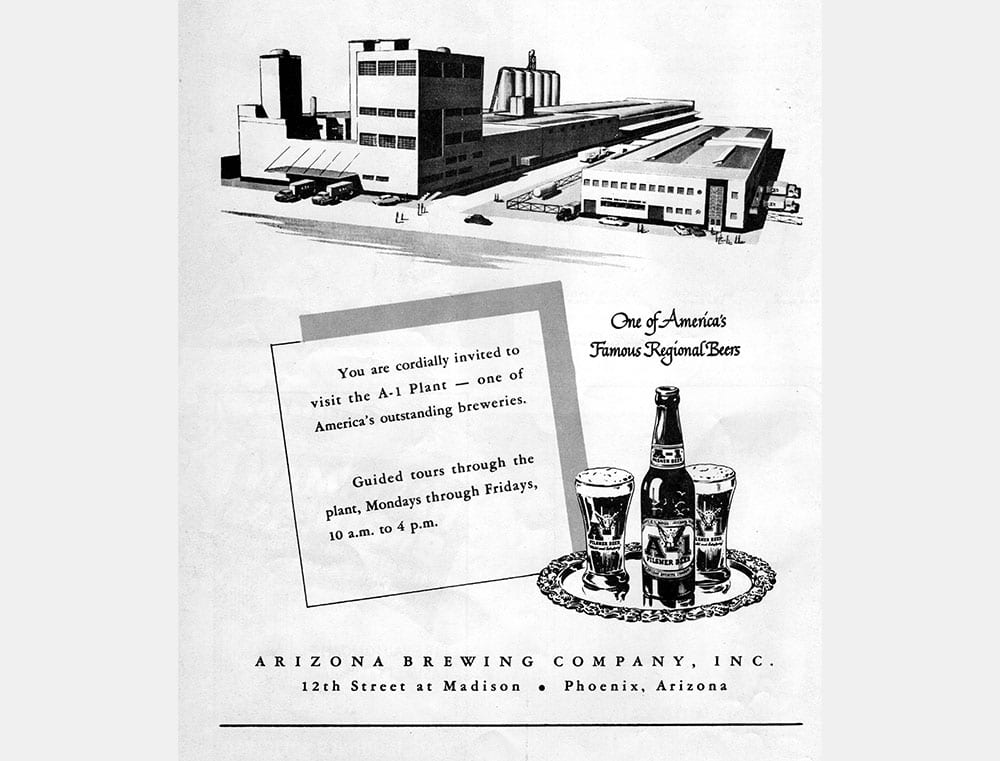 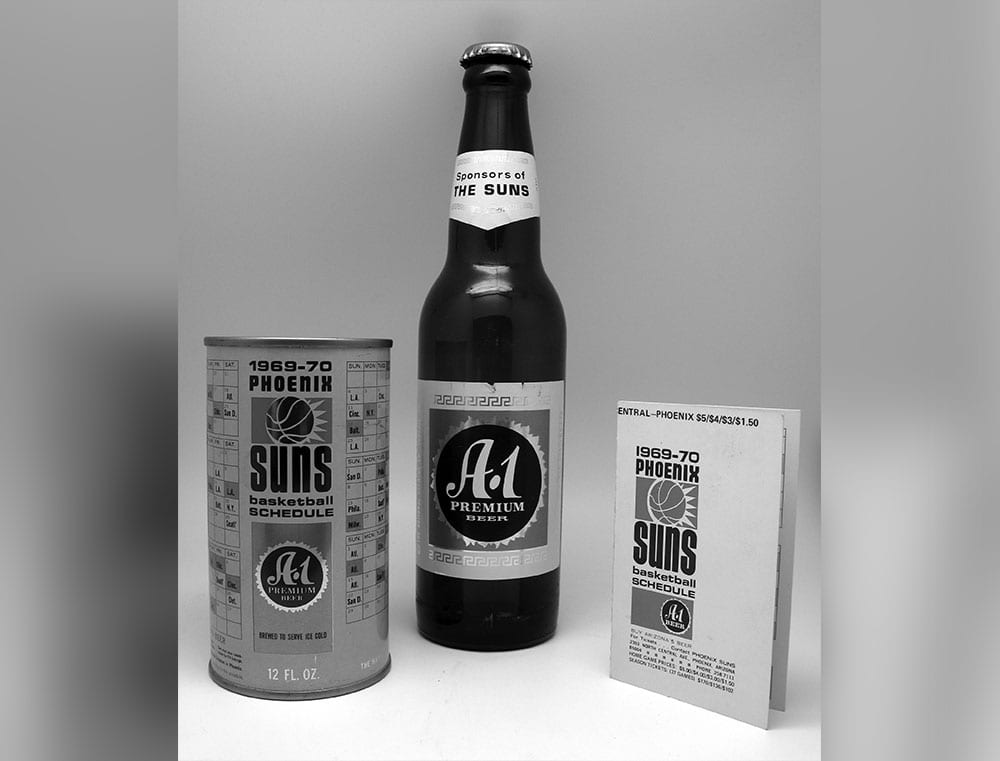 To further connect with the community, the brewery became a supporter of Valley sports teams after World War II. These included the Phoenix Suns, the Phoenix Roadrunners hockey team, the Phoenix Stars baseball team, and the A-1 Queens women’s softball team.

Arizona Brewing peaked in the mid-1950s, with 150 employees and distribution throughout the Southwest.

“For a while, people supported A-1 because it was the local product,” said Jerry Lewkowitz, a former Phoenix City Council member. “But then it lost its glamour as the national beers like Budweiser and Coors began distributing in Arizona.” 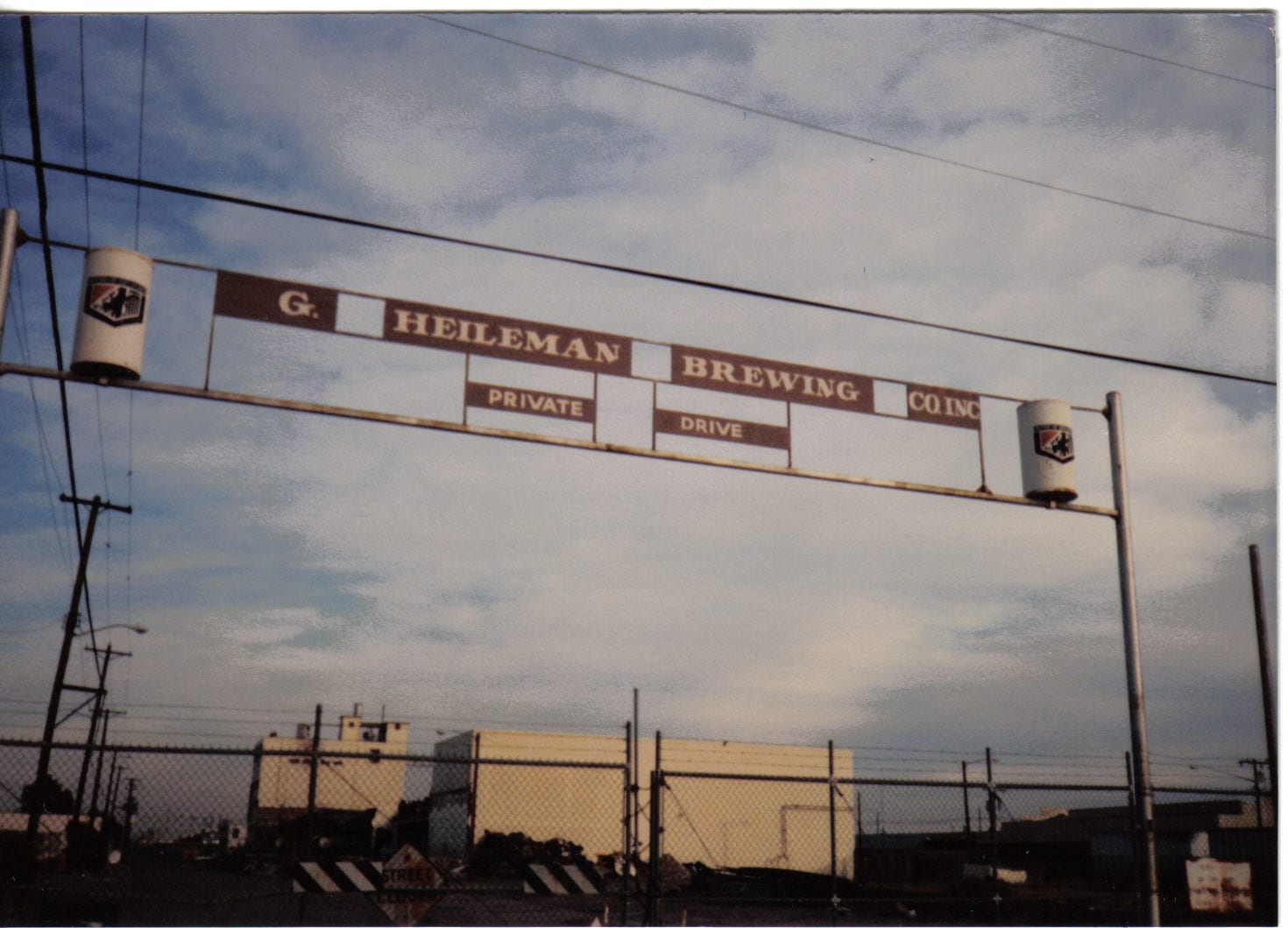 The Arizona Brewing was sold in 1964 and changed hands a number of times, eventually becoming of Heileman Brewing, pictured in 1993. (Douglas Towne)

In 1957, Anheuser-Busch even threatened the brewery with a lawsuit that made them drop the eagle symbol from their A-1 label.

Some people loved A-1, others, not so much. But there was no doubt that the brewery was a laid-back place to work. Former employee Bill Grant fondly recalls his job interview at the plant in the early 1980s, during which they offered him a beer.

“Suspicious, I asked if this was a test,” he said. “They said that drinking on the job was okay. We just couldn’t be stumbling-down drunk. I replied, ‘Oh my gosh, this is going to be fun!'”

The brewery was eventually sold in 1964 and operated in succession by Carling, National, Carling-National, and Heileman brewing companies. Although the plant branched out with brands such as Carling Black Label, Tuborg, and Colt 45 Malt Liquor, the brewery closed in 1985. 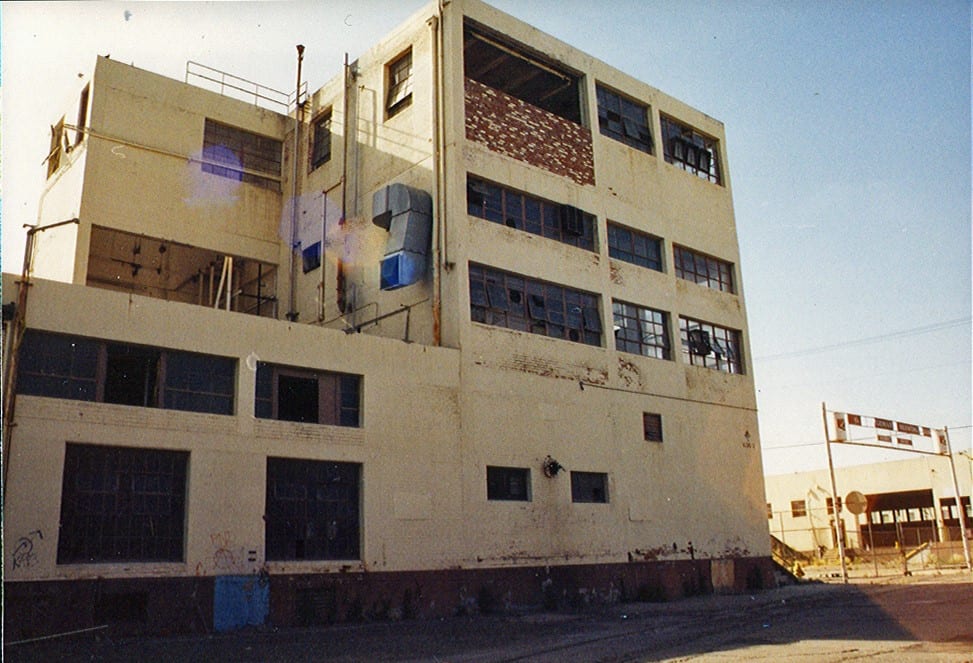 The building was razed in 1992, and the Phoenix Fire Department administration office was constructed at the site.

A-1’s legacy is perhaps best summed up by Arizona State Historian Marshall Trimble. “It might not have been the best-tasting beer around, but it was our beer, made right here in Arizona,” he said.

About the author: Freelance writer, photographer, historian, hydrologist and artist, Douglas C. Towne has been collecting beer cans since the age of 10, and still has the collection displayed in the garage, much to his wife’s dismay.