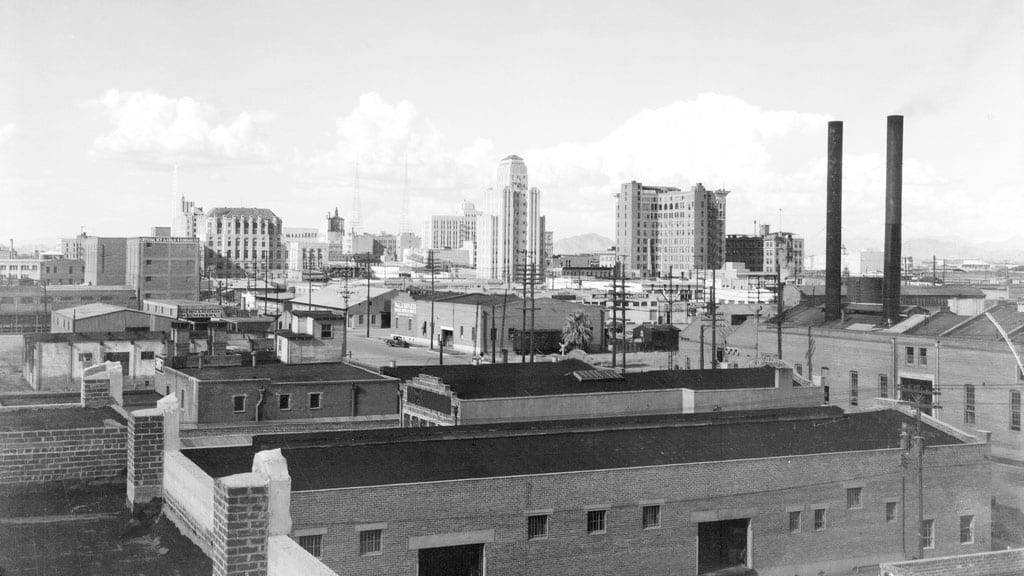 Today, we have an area just south of Downtown Phoenix called the “Warehouse District.” There are some varying definitions, but for the purpose of this story, we will define this area as bounded by Jefferson Street on the north, Buckeye Road on the south, Seventh Avenue on the west and Seventh Street on the east. Today, this area abounds with new and exciting businesses including restaurants, bars and offices. 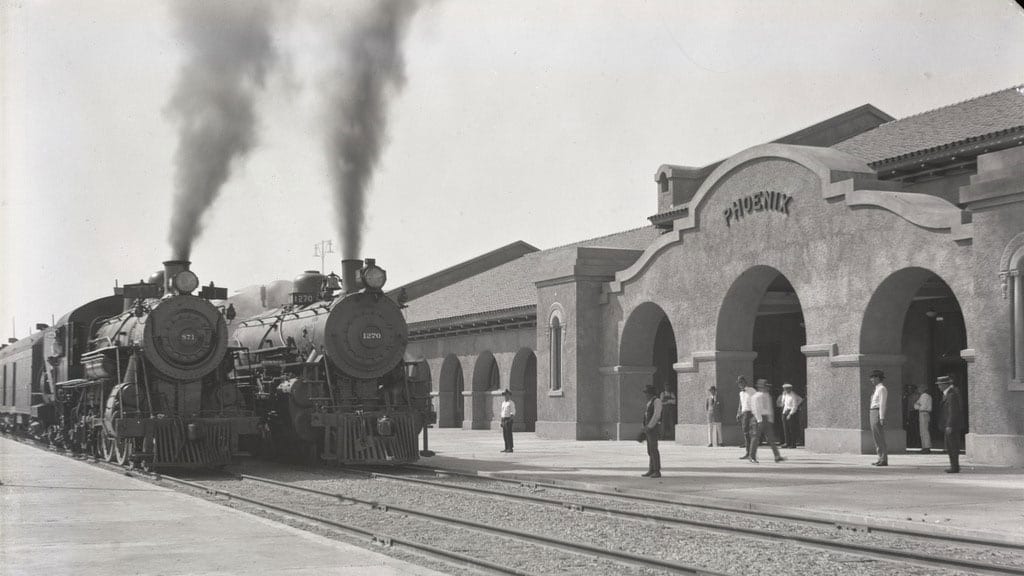 Distribution centers and produce sheds cropped up near Phoenix’s rail yard in the early 1900s, leading to the formation of the Warehouse District south of the tracks. Phoenix Union Station (pictured here in the 1930s) was the transportation hub. (Photo: McCulloch Brothers / Arizona State University)

Creating a sense of place amidst poverty, discrimination

In Phoenix’s early years, the Warehouse District was home to many minority communities, and to a crime-infested area called “The Deuce.” The largest minority community was Mexican-American, but it was also home to a substantial African-American community and Phoenix’s Chinatown. In general terms, it was an area where minority families lived and worked, mixed with substantial crime and prostitution. 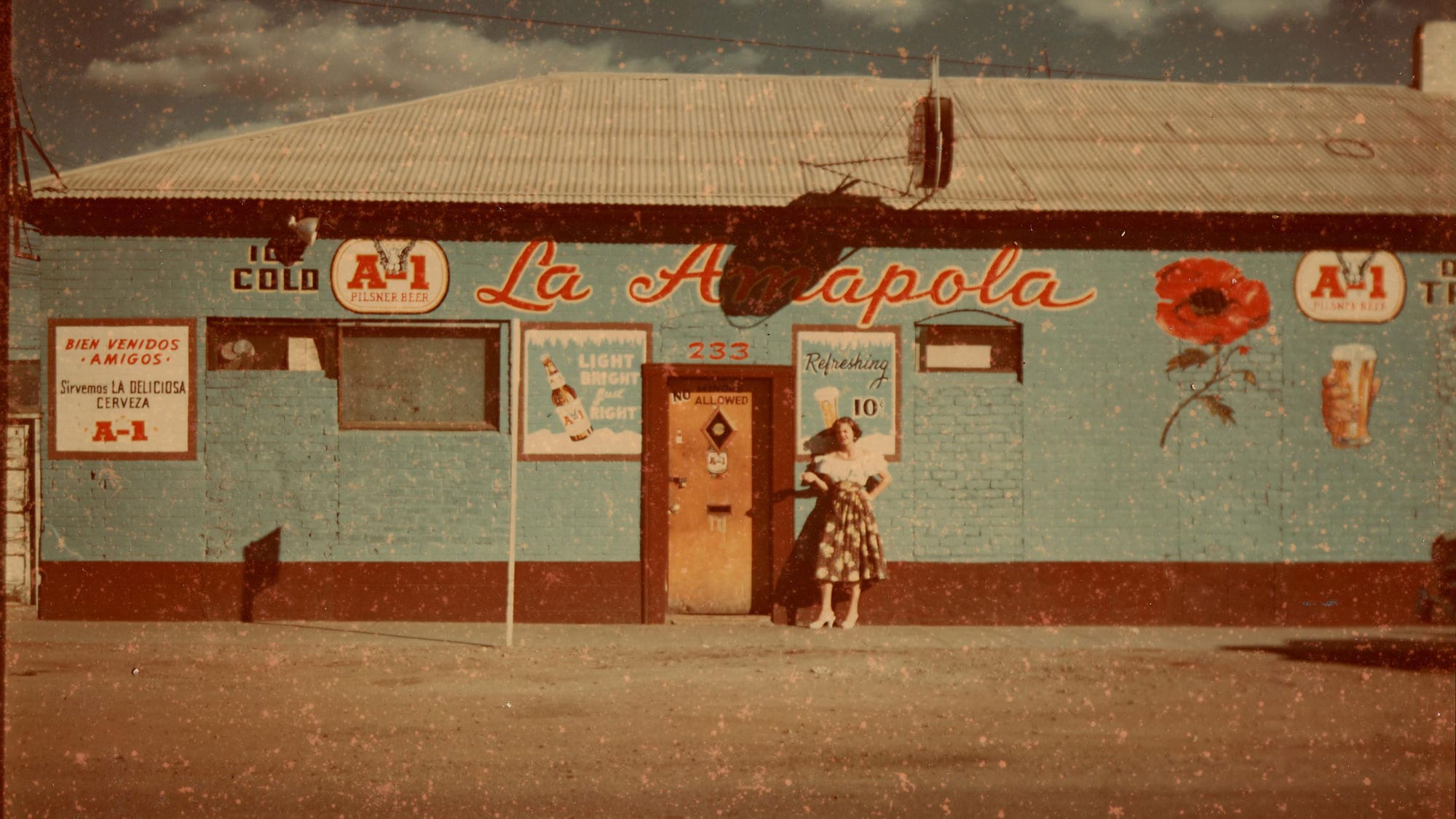 The Amapola Bar is the location where Ernesto Miranda was killed in 1976. (Photo: Al Romo)

The first Phoenix cemetery was located in the Warehouse District between Fifth and Seventh avenues, between Madison and Jackson streets. In 1881, the bodies were moved from their graves to a new cemetery on 15th Avenue and Jefferson Street, today called the Pioneer and Military Memorial Park. Many buildings are now located over the original cemetery, including the Maricopa County Sheriff’s Office.

At the corner of Second and Jackson streets was the location of the Amapola Bar, where Ernesto Miranda was killed in 1976. Mr. Miranda was made famous because he was arrested and not given his rights, which eventually led to the creation of “Miranda rights.” Today, Miranda rights are used throughout the country to notify people of their rights before they are arrested. 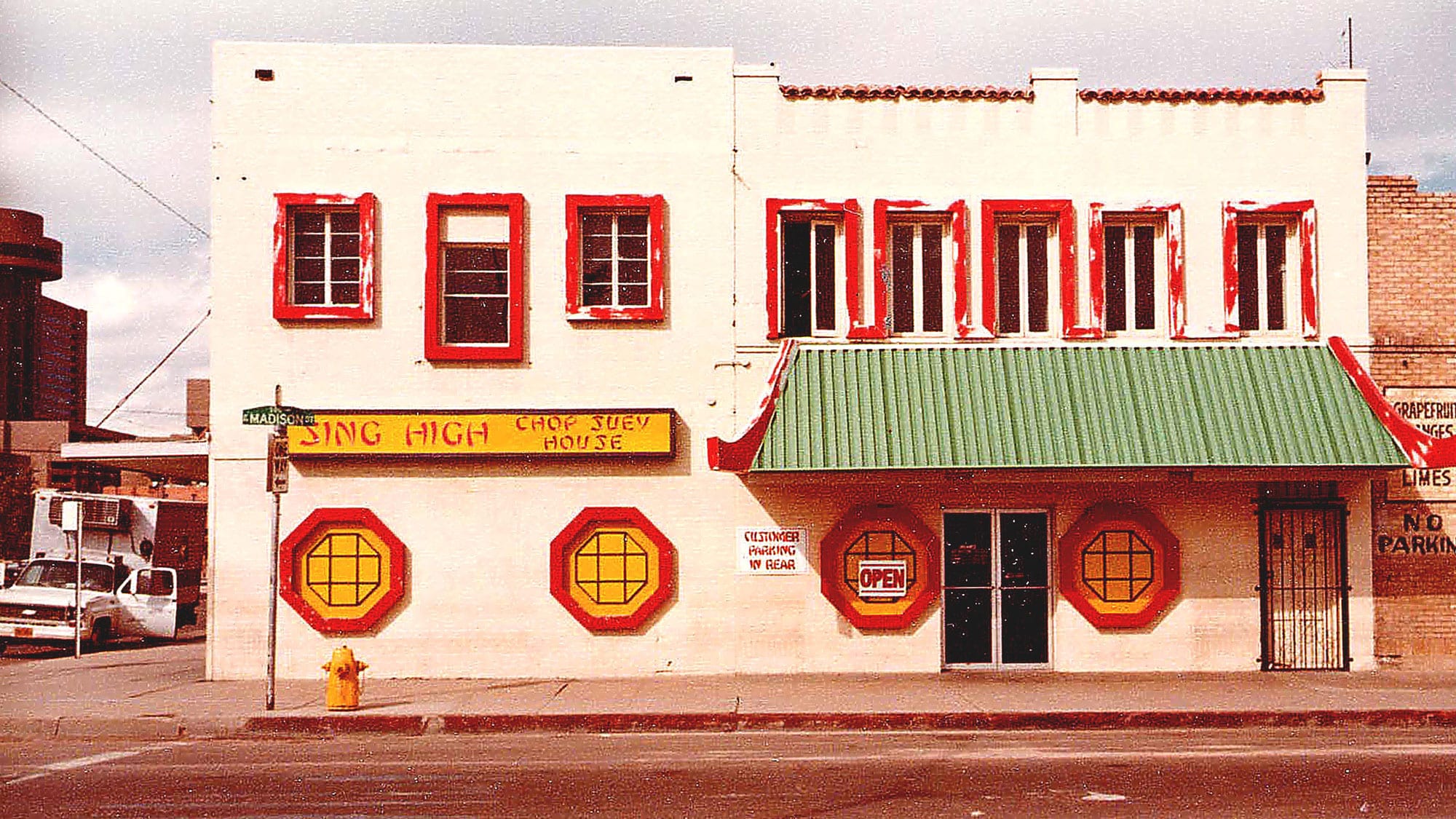 I have very fond memories of the Warehouse District. In 1907, my mother was both born and raised in a home located at 229 S. Fourth Street. As with most residents in this area, her first language was Spanish and her second language was English. As a child, I remember my parents going out for dinner in Chinatown located on First and Second streets, along the Madison Street area. The premier restaurants were Sing High and the Mandarin. Today, we see a resurgence of this historical area and only the memories of the past remain.

About the Author: Frank M. Barrios is a Hispanic historian with deep family roots in Arizona. His entire working career has been in water resource management, including serving on the Central Arizona Project Board of Directors from 2003 to 2006. Since retiring, Mr. Barrios concentrated his efforts on Arizona history and community service, including serving as president of the Phoenix St. Vincent de Paul Board of Directors from 2014 to 2017.