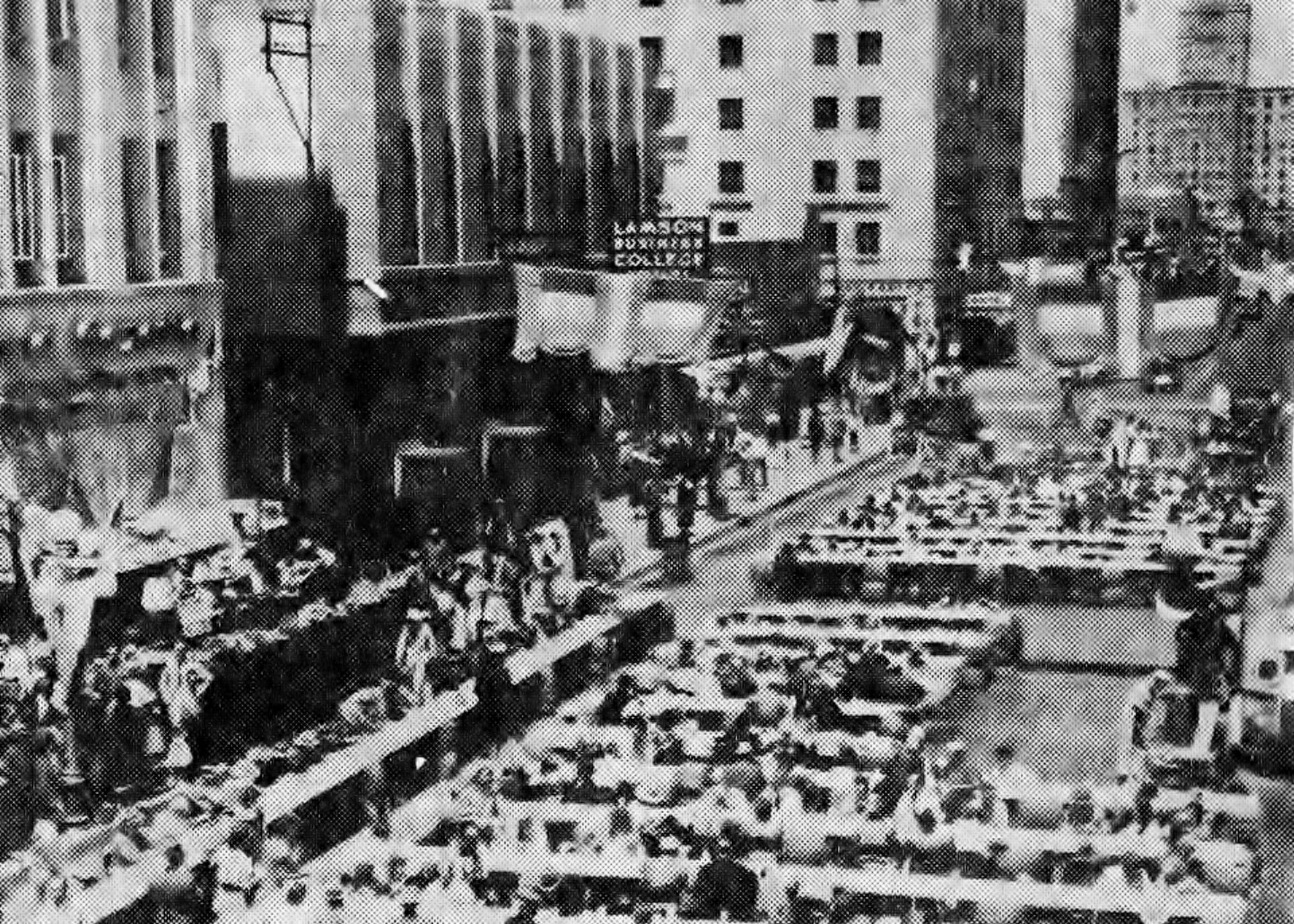 Governor Sidney Osborn declared a “Day of Thanksgiving for Water” on April 26, 1941. Central Avenue was transformed into an oversized chuckwagon restaurant for 500 diners, using tables improvised from pine boards and hay bales. (Photo: “The Arizona Republic”)

Whether your tastes gravitate to pizza, beer, mariachis, or dressing up your pooch for “Howl-o-ween,” there’s always a good excuse to have fun at a fiesta in Downtown Phoenix. But one of the biggest bashes downtown ever hosted occurred more than 80 years ago when the city gathered to give thanks for that most basic of resources — life-sustaining water.

The occasion was the end of a prolonged drought, similar to the sustained dry period often cited for the collapse of the Valley’s Hohokam civilization in the 1400s. 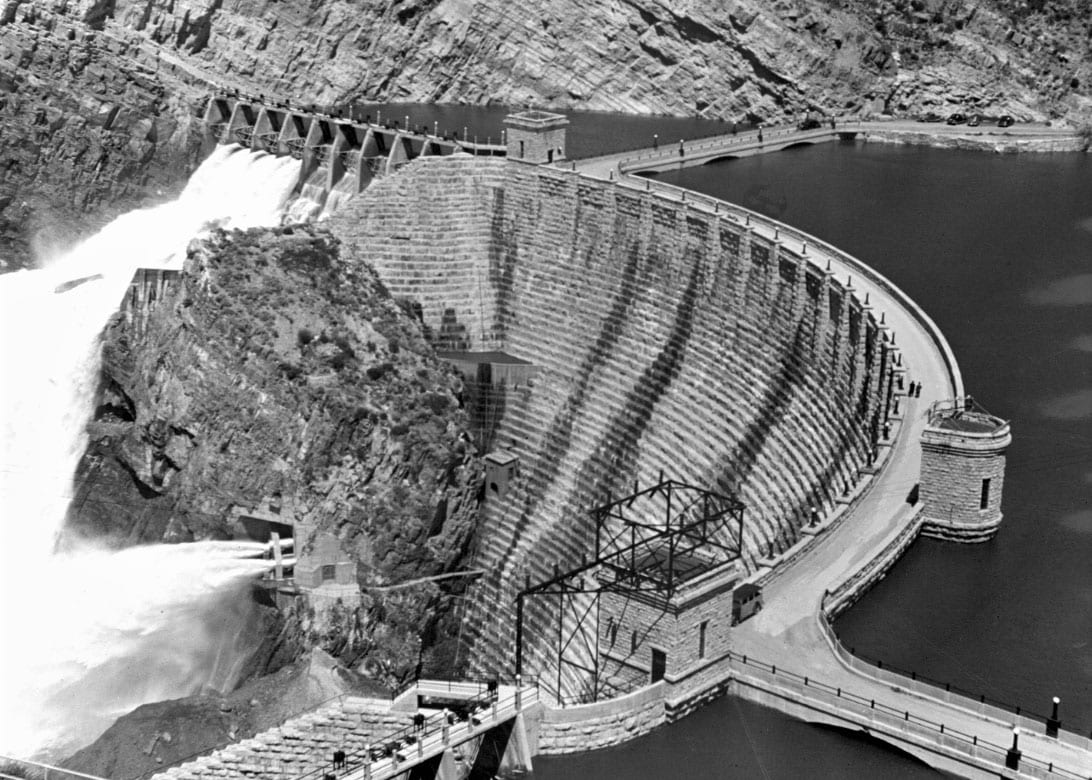 With the completion of Theodore Roosevelt Dam in 1911, Phoenix appeared to have built an adequate water infrastructure to handle Mother Nature’s vagaries. The new dam, the Valley’s primary water source, quickly filled, and the dam’s spillways overflowed four times by 1920.

But that same year, there was below-average precipitation, and it continued for almost two decades. The drought created a water crisis in Phoenix as lawns turned brown and public swimming pools went unfilled.

“Those planning to visit Roosevelt [Lake] should pack their own water in with them,” advised Lin B. Orme, president of the Salt River Water Users’ Association, in a 1940 Arizona Republic article. 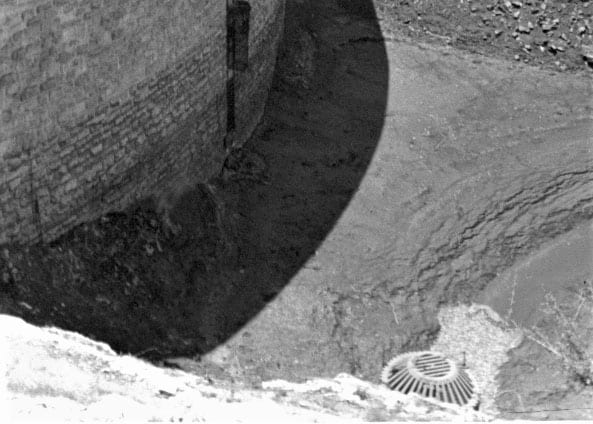 A draught that lasted nearly two decades created a water crisis in Phoenix. Roosevelt Lake (pictured in May 1940) completely dried up. (Photo: SRP)

The skies finally opened up in late 1940. Generous rains allowed Phoenix to rescind water use restrictions in October, and the heavy precipitation continued into March. The subsequent runoff filled Roosevelt Lake and the five other Salt River Project reservoirs for the first time, and the excess water caused flooding in the Valley.

Agriculture was still the most important sector of the economy.

“The measure of water in our reservoirs is the measure of our prosperity in the Salt River Valley,” Orme told the Republic. 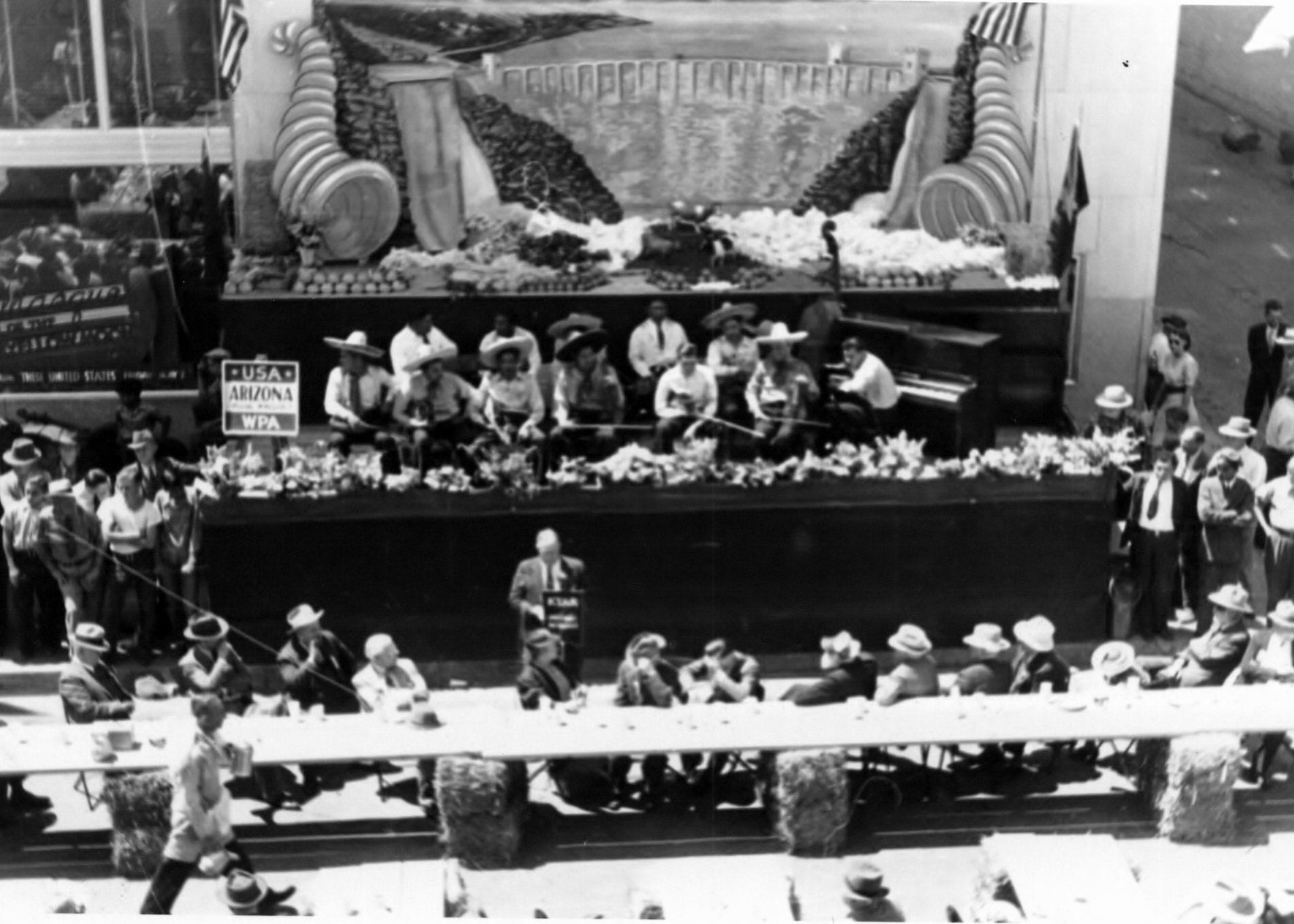 A stage was built in front of the Heard Building with a 24-foot-by-16-foot replica of Roosevelt Dam for the water festival in 1941. (Photo: SRP)

To celebrate the end of the drought, Governor Sidney Osborn declared a “Day of Thanksgiving for Water” on April 26, 1941. Revelers were encouraged to dress in either Western wear or Mexican fiesta outfits. To create a suitably rollicking atmosphere, organizers assembled the largest band ever to play in Arizona, made up of 500 musicians from Valley high schools and colleges.

About 50,000 revelers descended on Downtown Phoenix for speeches, music and dancing — at a time when the city’s population was 65,000. Central Avenue was transformed into an oversized chuckwagon restaurant for 500 diners, using tables improvised from pine boards and hay bales.

A stage was built in front of the Heard Building with a 24-foot-by-16-foot replica of Roosevelt Dam. Water poured over the model’s spillways to symbolize Arizona’s new bounty of rain. Cornucopias overflowing with the Valley’s crops flanked the dam. 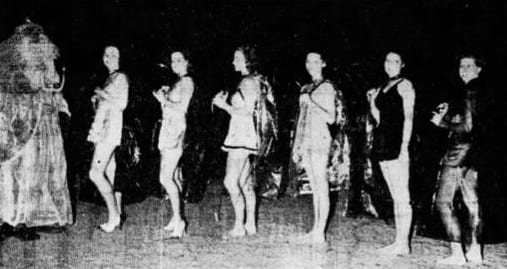 A number of events took place in honor of Phoenix’s “Day of Thanksgiving for Water,” including a show at the Arizona State Fairgrounds featuring King Neptune and some sea sprites. Photo: (“The Arizona Republic”)

Additional festivities took place at the nearby Arizona State Fairgrounds. King Neptune, trident in hand, appeared with his court of swimsuit-clad sea sprites who were recruited from Arizona State Teacher’s College. A “Welcome Water to Arizona” show followed, with dancers kicking up their heels beneath fireworks that went on past midnight.

But the fiesta de H2O wasn’t done. The next day, churches held special services to give thanks for the months of rain. However, the historical record lacks information on how crowded the services were after one of the city’s largest celebrations.

About the author: Douglas C. Towne began his 30-year hydrology career with the state of Arizona by investigating water rights in the Salt River watershed, and concluded it by publishing a groundwater quality study of the basin.