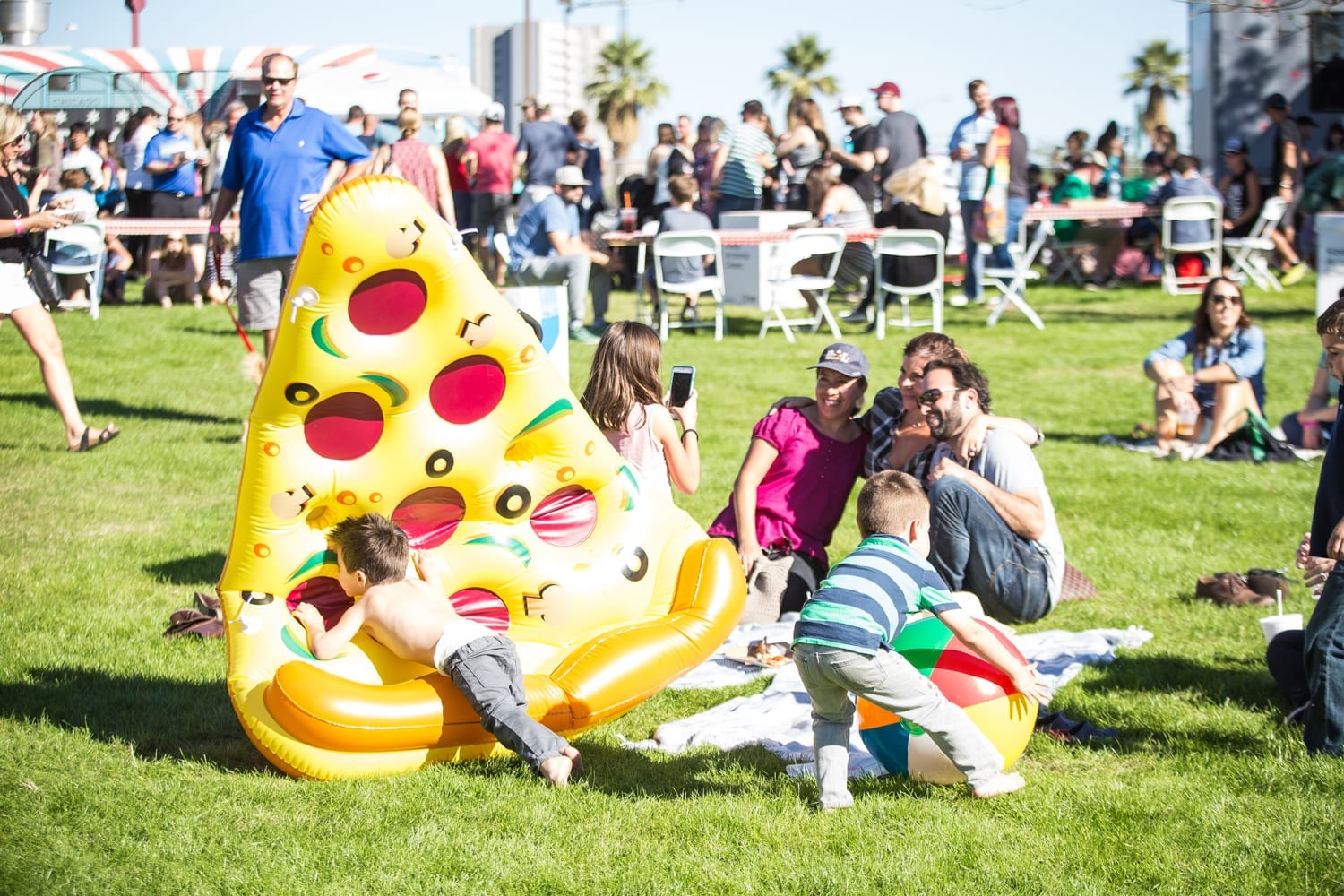 The month of November is a very event-dense time for Downtown Phoenix. As for what would’ve been the fall festival season of 2020? We’ll never know. But we can certainly reminisce, and take a moment to appreciate the preparation it takes year after year to produce our favorite downtown events.

For one carb-tastic weekend in November, David Tyda (or “Tyda” as we downtowners like to call him) along with business partner Lisa Duffield, take our taste buds and bellies to another level with two back-to-back festivals: Phoenix Pizza and Downtown Donut.

So who are the people behind all the carb-y and community goodness?

Tyda started his decade-long festival career by writing a food blog, making friends with some barbecue carnies (his words!) and hitting up several barbecue competitions. From there, he started brainstorming on how to turn his love for barbecue into a festival. The first Arizona Barbecue Festival was held in Scottsdale in 2010, and based on its success — he threw the first taco festival later that year.

In producing both the Arizona taco and barbecue festivals, he realized that his number one mission for all of the festivals he would soon produce is to be very inclusive. 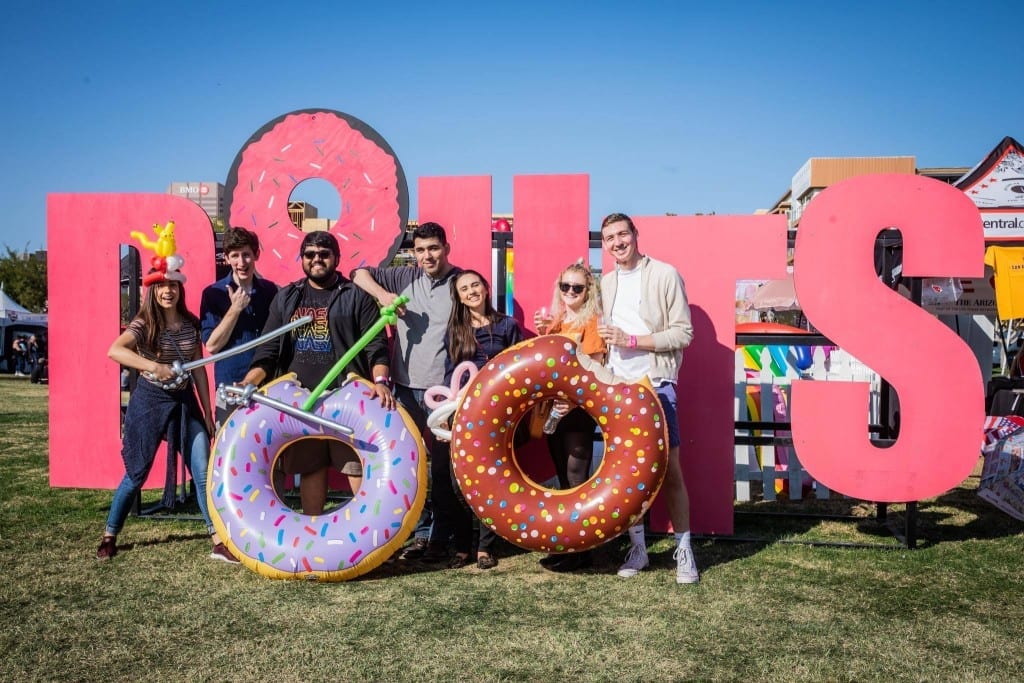 Held the day after Phoenix Pizza Festival, Downtown Donut features from more than 20 local purveyors in addition to craft beer, mimosas, coffee, music and activities for the little ones. (Photo: Jacob Tyler Dunn)

How Phoenix Pizza Festival was born

Having an office in the MonOrchid, helping with M3F Fest, being a long-time member of Local First Arizona, and being close friends with Downtown Phoenix Inc. — he knew it was time to branch out into other food groups and into the downtown festival scene.

In 2014, Tyda sent a group of interns out to survey people on what food group deserved its own festival. Pizza overwhelmingly won, and the first-ever Phoenix Pizza Festival was held at Civic Space Park in 2015.

From there, he knew he wanted to add a second day, and the inaugural Downtown Donut Festival was born in 2018.

The newest food festival by Tyda and Lisa Duffield is Fried: A French Fry & Food Festival, which had its debut in 2019 — and is just as wildly popular as his other events. 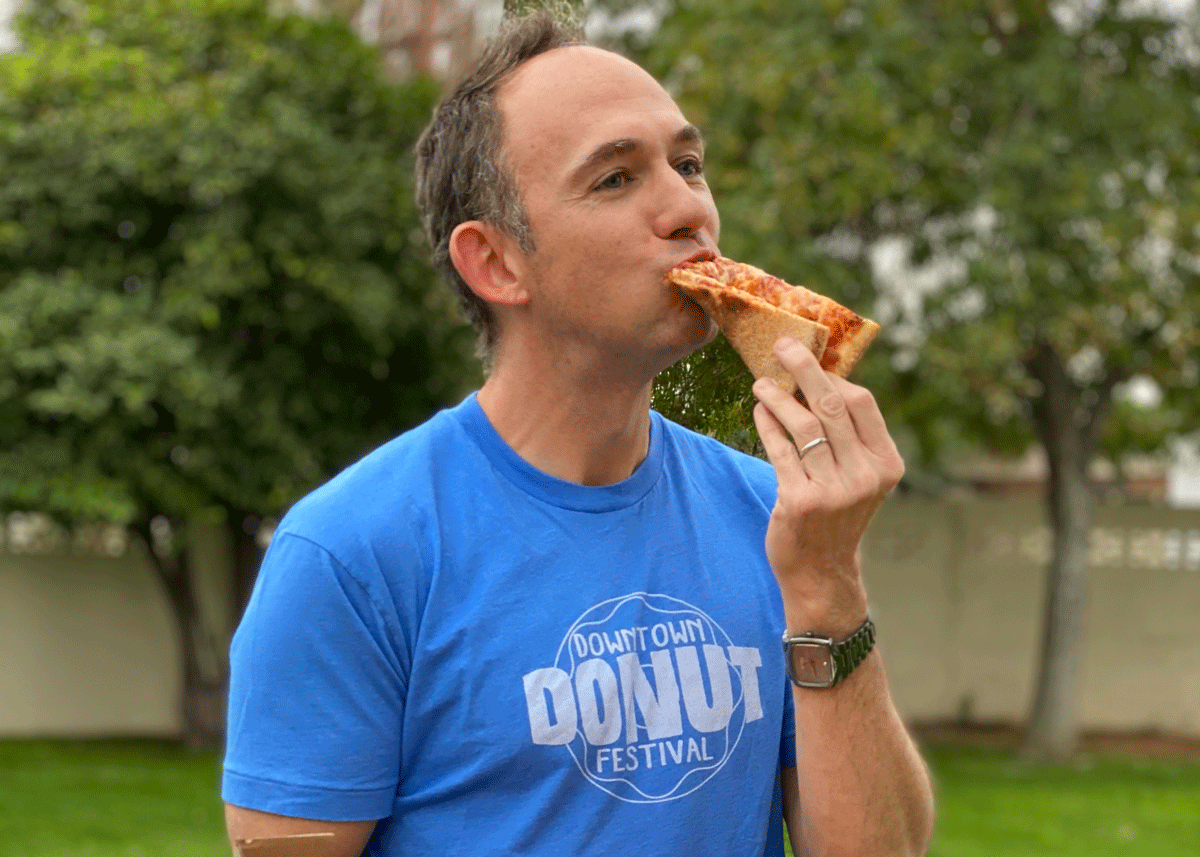 A magazine editor turned food festival producer, David Tyda cares just as much about the community’s heart as its stomach. (Photo: David Tyda)

What’s next is anybody’s guess

Like many other event producers, the novel coronavirus has taken a toll — with all special events cancelled indefinitely. But in true Tyda form, he is focusing on good energy and positive vibes.

Even though we are unsure of what the future holds, he wants to remind people to support local restaurants and show your solidarity by simply wearing a face mask. Local restaurants and food trucks are not only crucial to the success of his events, but help make downtown a culinary destination.

From barbecue, tacos, pizza and donuts to fries, we’re excited to see what comes next from David Tyda — the unsung king of good vibes, good energy and tasty carbs in Downtown Phoenix.