The Women Who Built Phoenix: Flora Rosson and the Women of Heritage Square 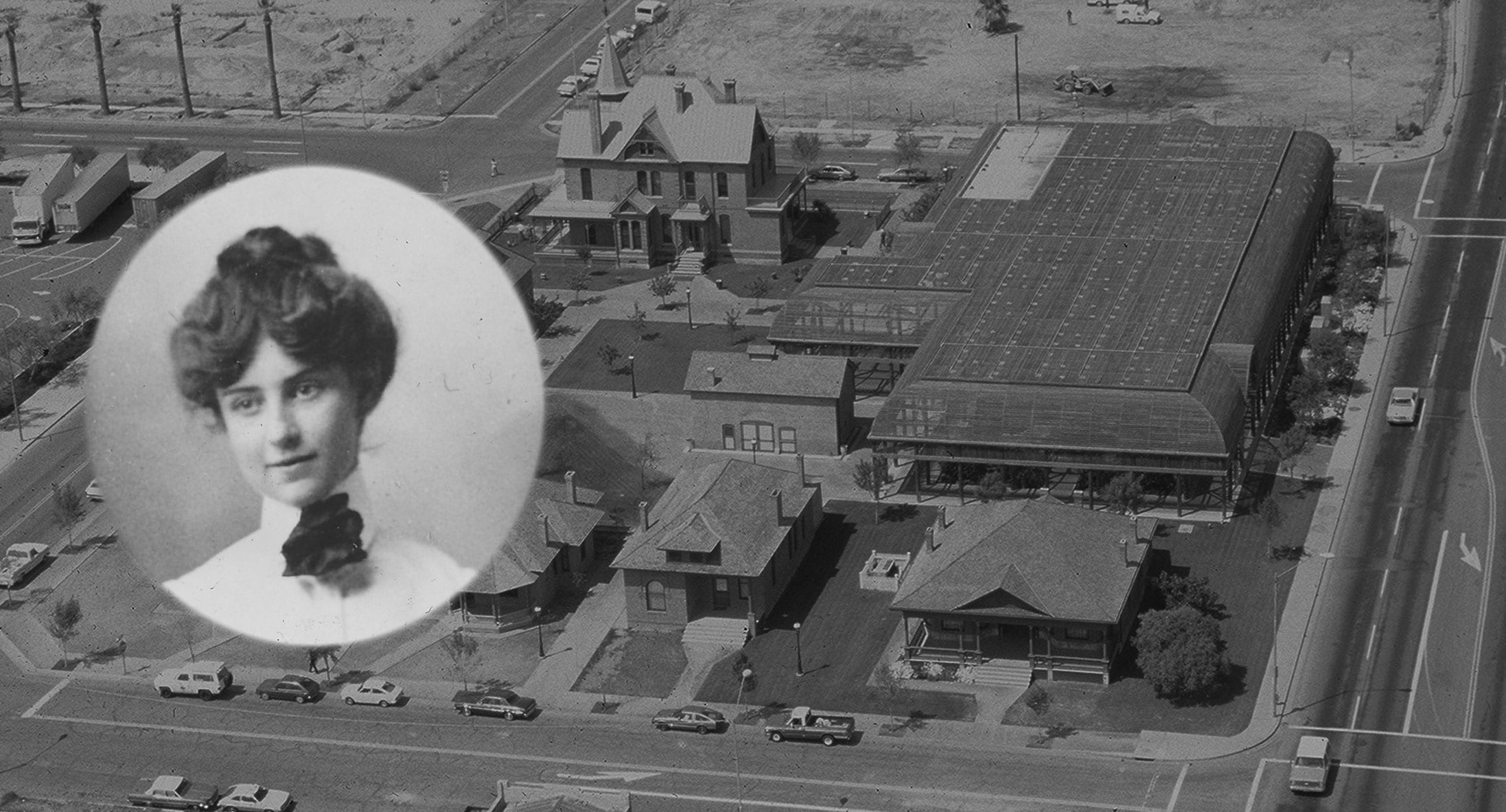 It was Flora Rosson who purchased all of Heritage Square in 1882 and gradually divided up the block – becoming one of Phoenix’s first female developers. (Photos: Heritage Square Foundation)

What we fondly call Historic Heritage Square is actually a city park. A park that contains the last intact residential block of Phoenix’s townsite, which celebrated its 150th anniversary last year. This park is the centerpiece of Phoenix’s history, and much of it was built by women.

All the historic buildings have names associated with either the first family who lived there, or in some cases, the second family. And thus, you will find a hyphenated name on two of the buildings. The Rosson House is perhaps the best known family so it’s time to discover those who gave their names to the other original buildings.

For some background, it was Flora Rosson who purchased ALL of Block 14, currently known as Heritage Square, from an older sister. And Flora gradually divided up the block selling lots along the Adams Street side.

Mary Hughes purchased two lots from the Rossons in 1897, but didn’t build. She sold the lots to Constance Stevens, a widow, in 1900. Mrs. Stevens then built a house on each lot in 1901 (604 and 614 E. Adams Street) as rental properties, which is where the Stevens name originates for both houses. One is now a gallery and the other is called The Bungalow, a museum store.

Purchasing those homes in 1911, Edward Haustgen gave them to his two sisters, Anna and Marguerite, who arrived from Luxembourg in 1914. Dressmakers, they initially lived in 614 which is why this house has a hyphenated name. Around the time her sister died in 1921, Marguerite had a duplex built “behind” the Stevens House on Sixth Street. Buying and selling property through the Valley for many years, Marguerite resided in one of those three dwellings until her death in 1952. 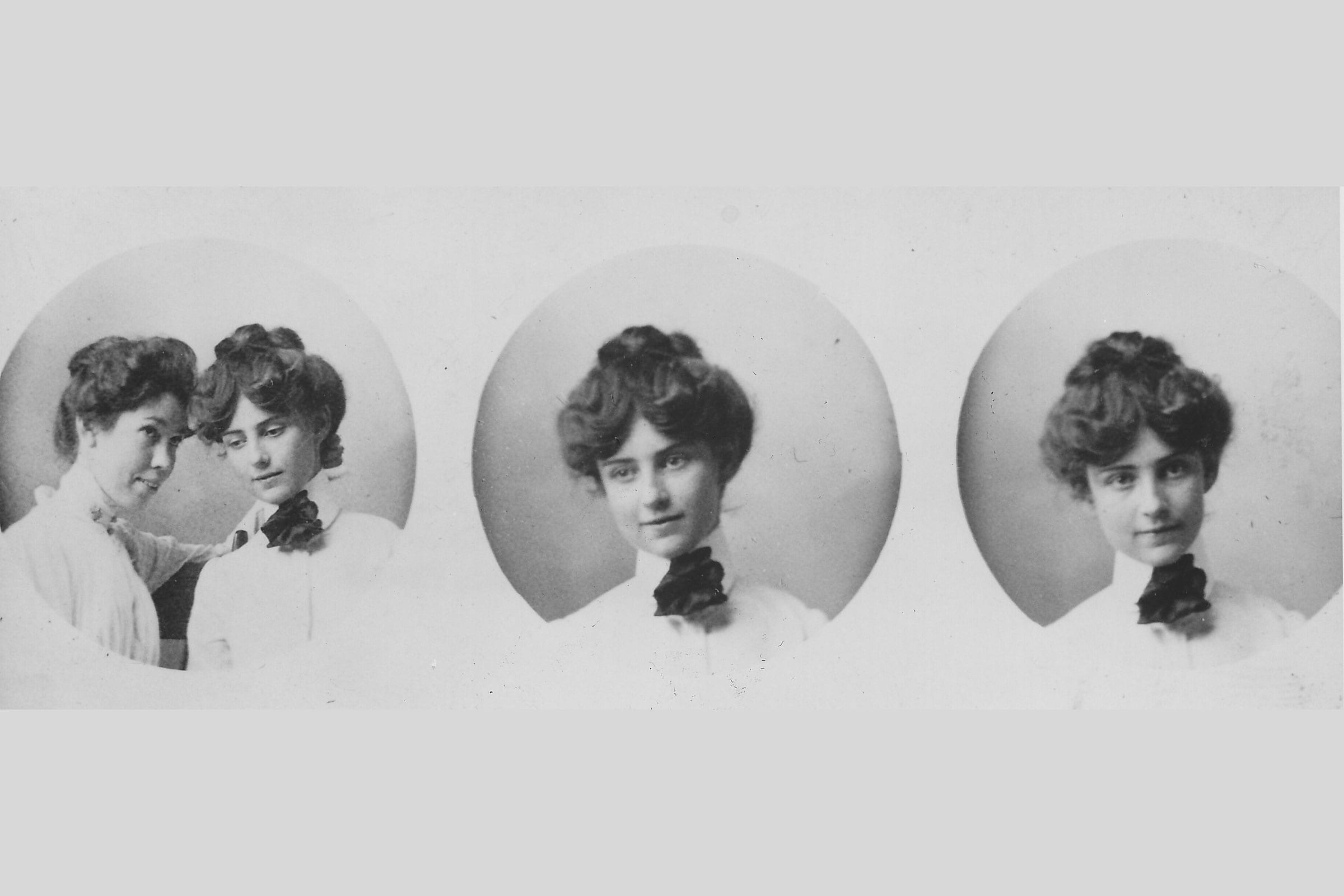 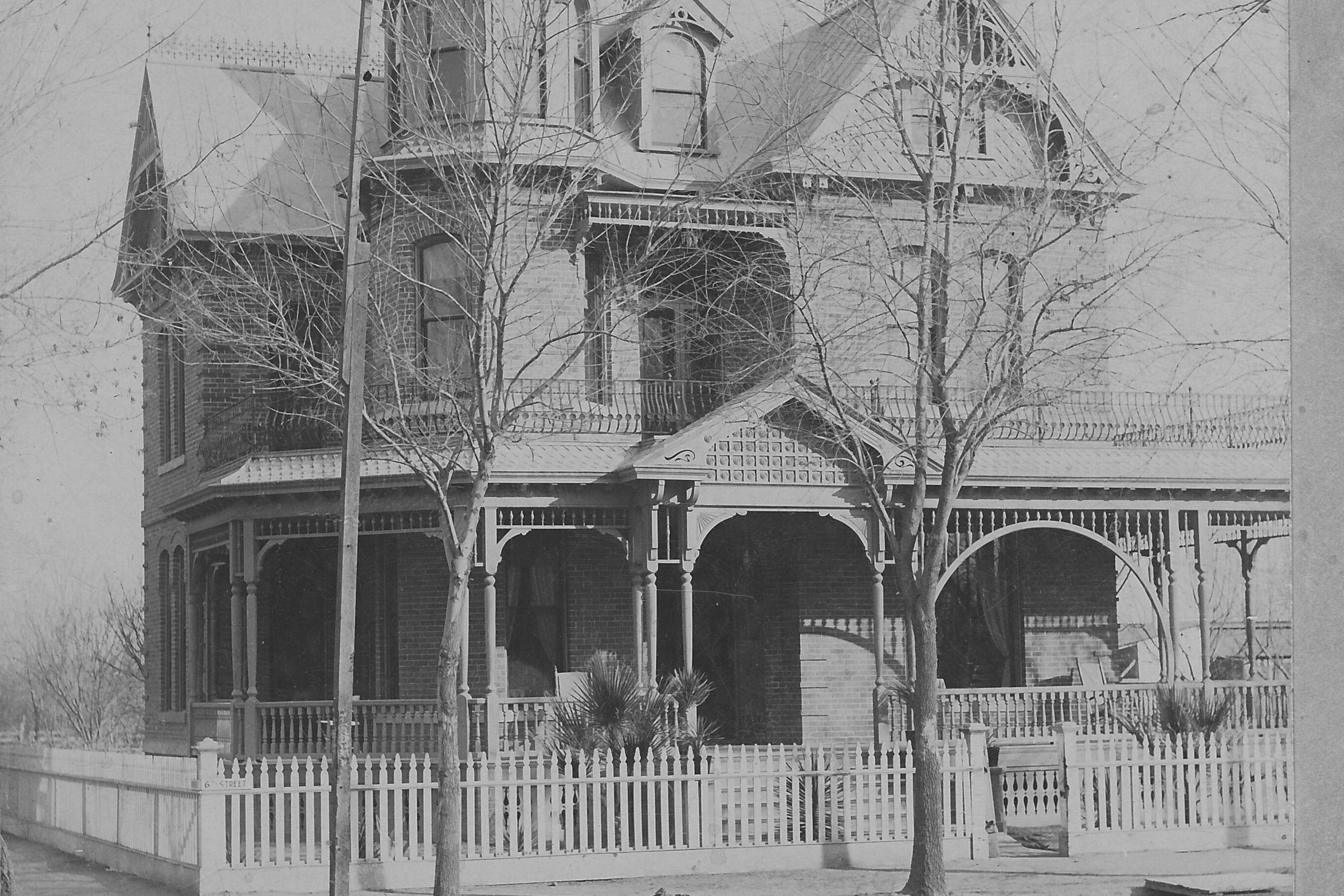 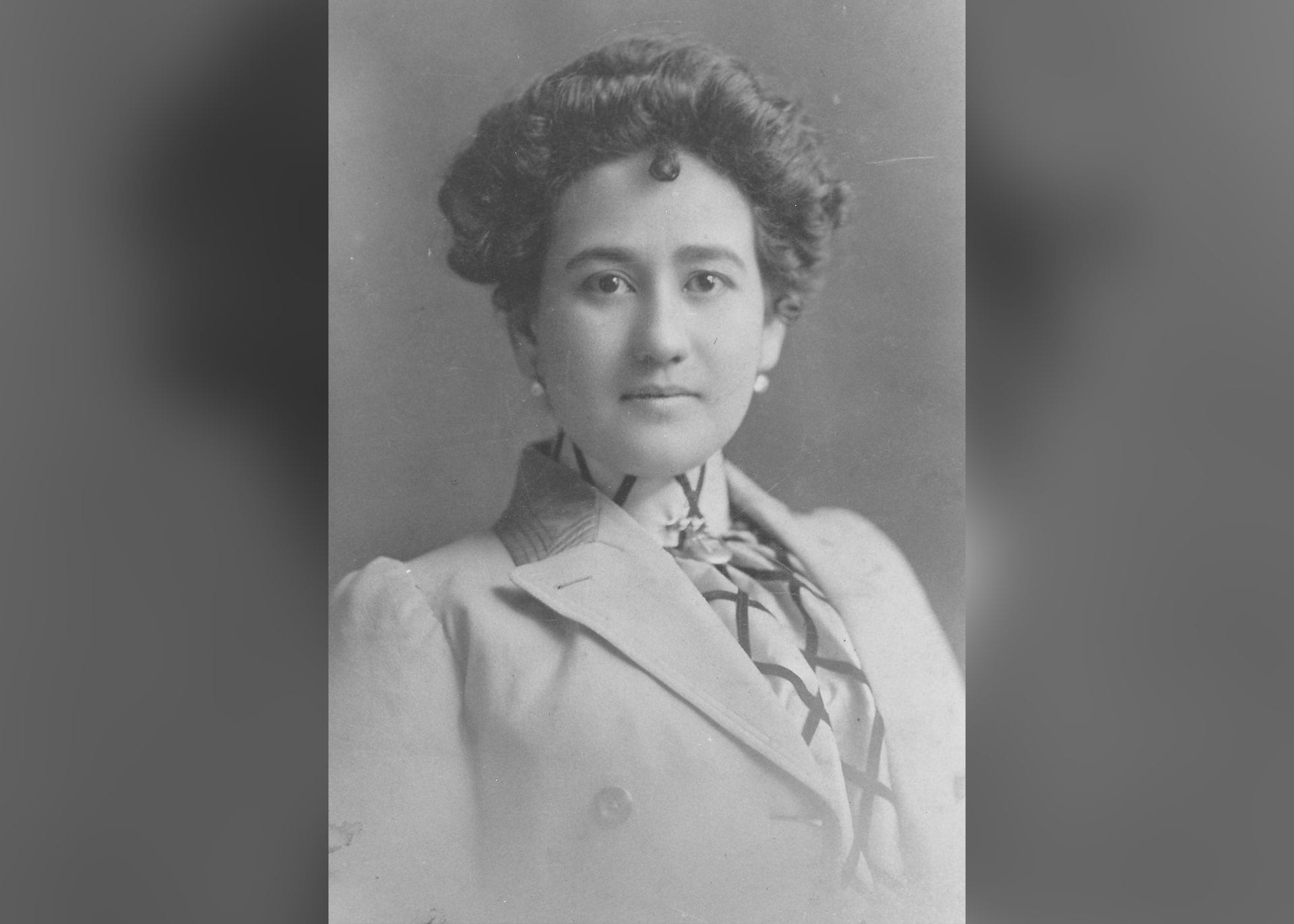 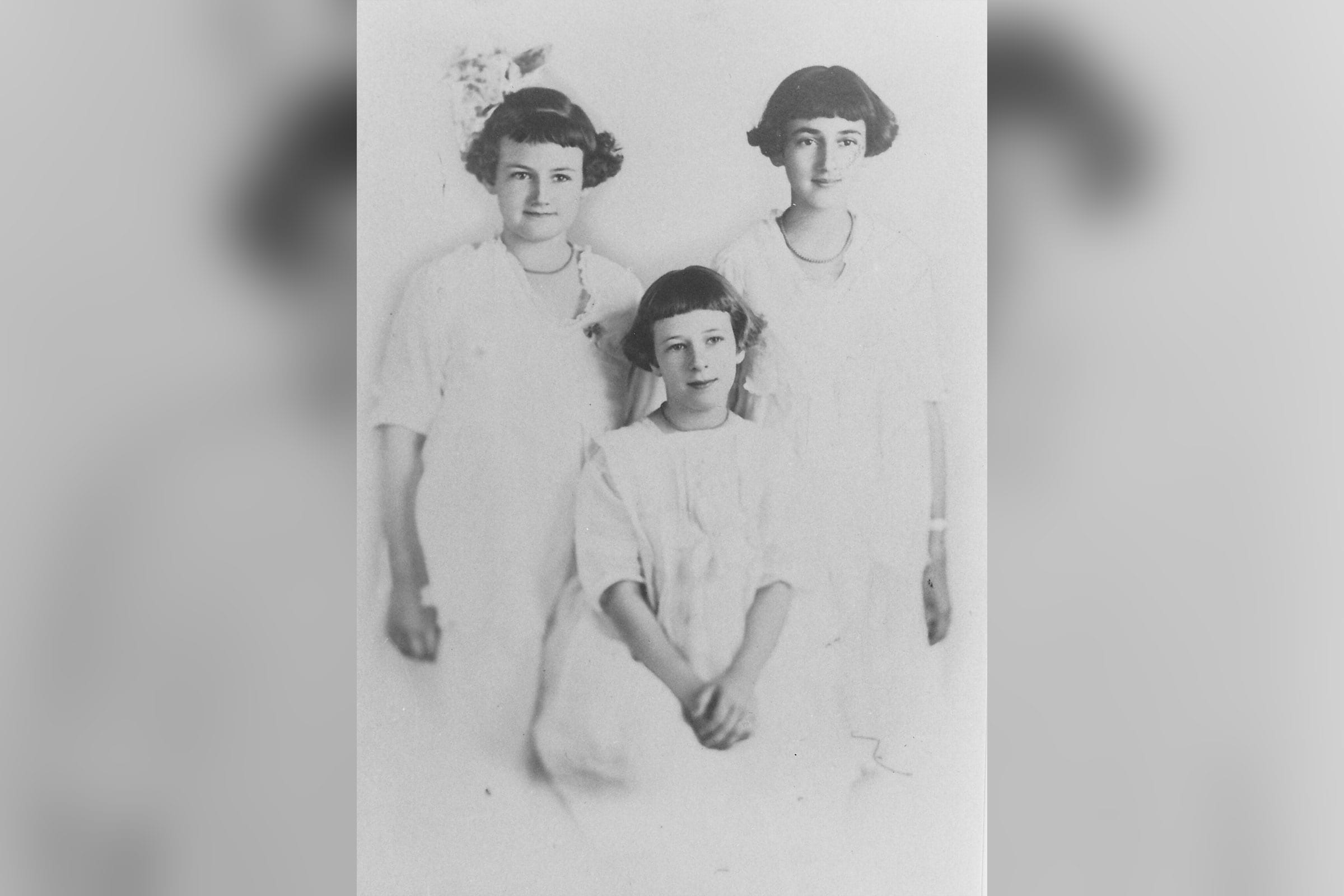 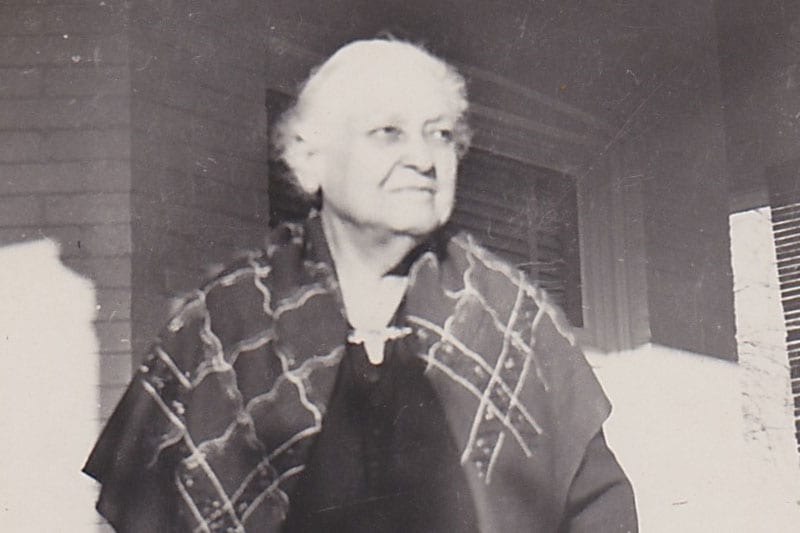 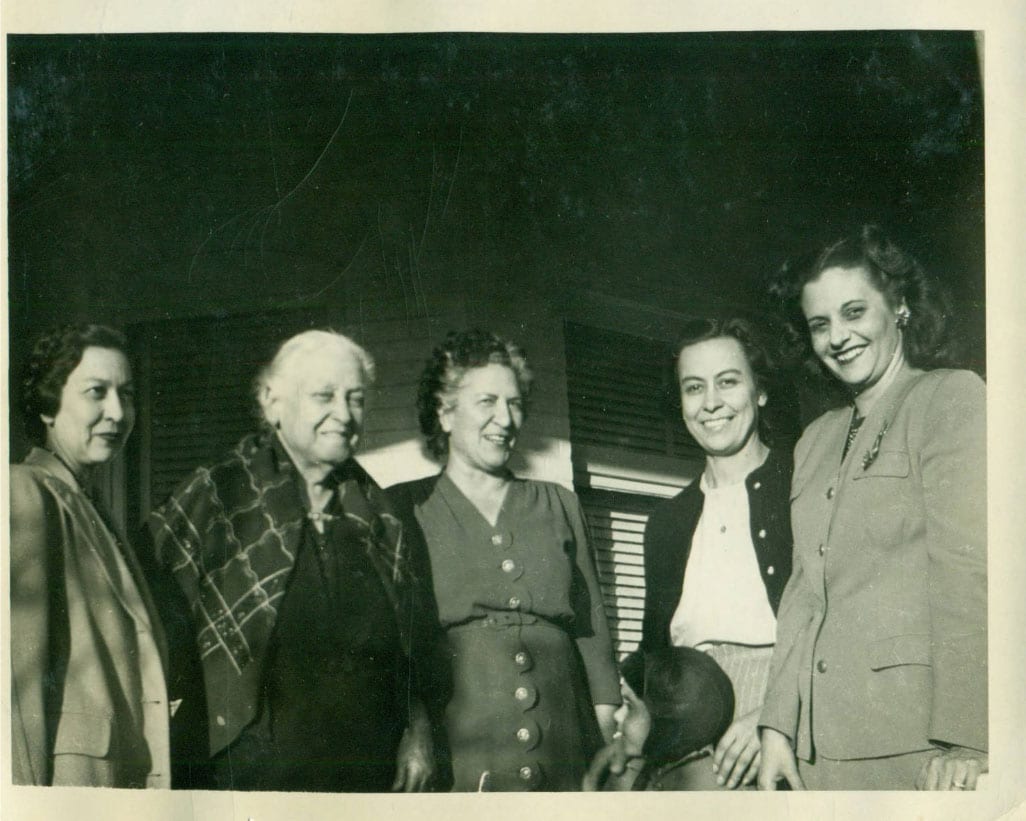 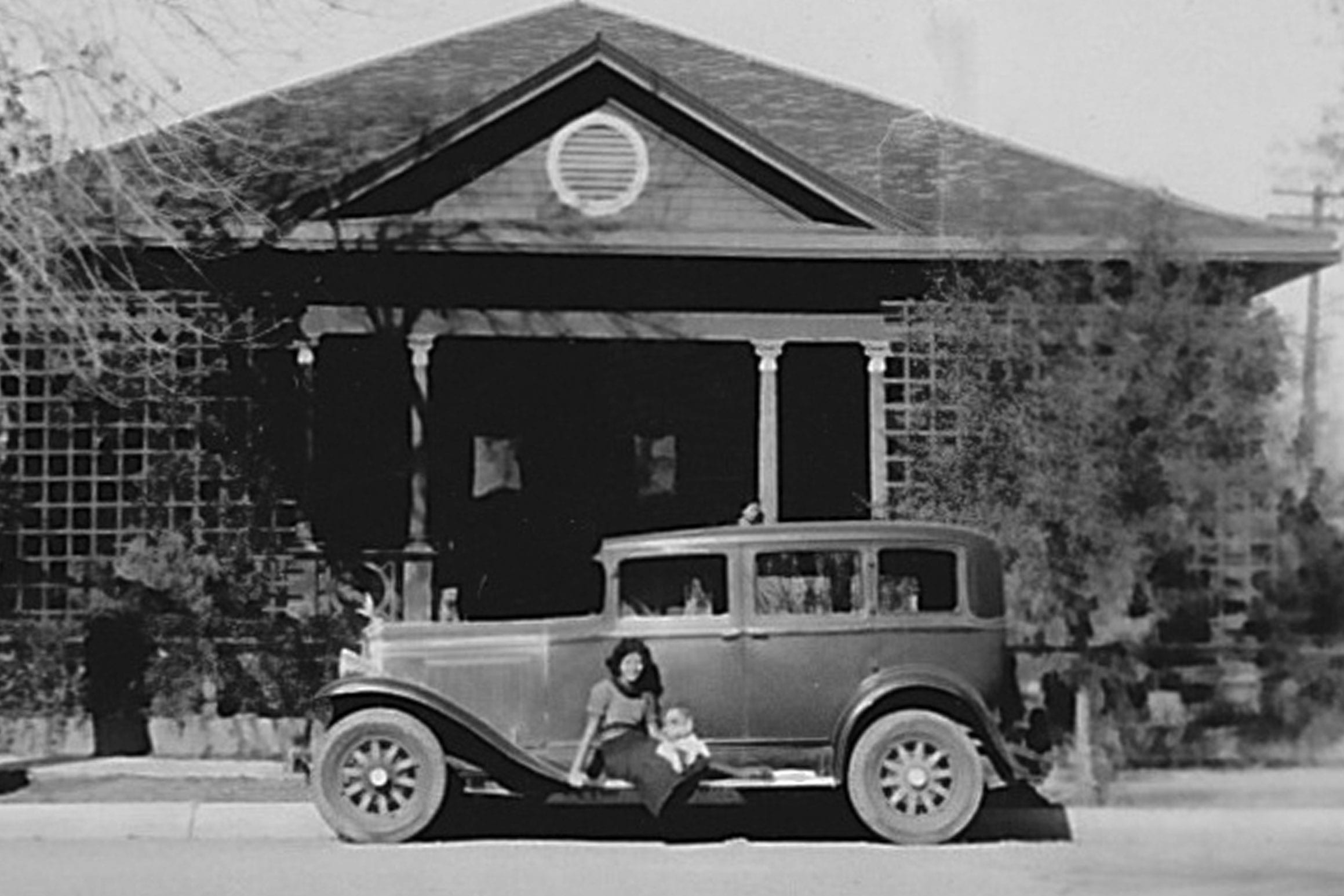 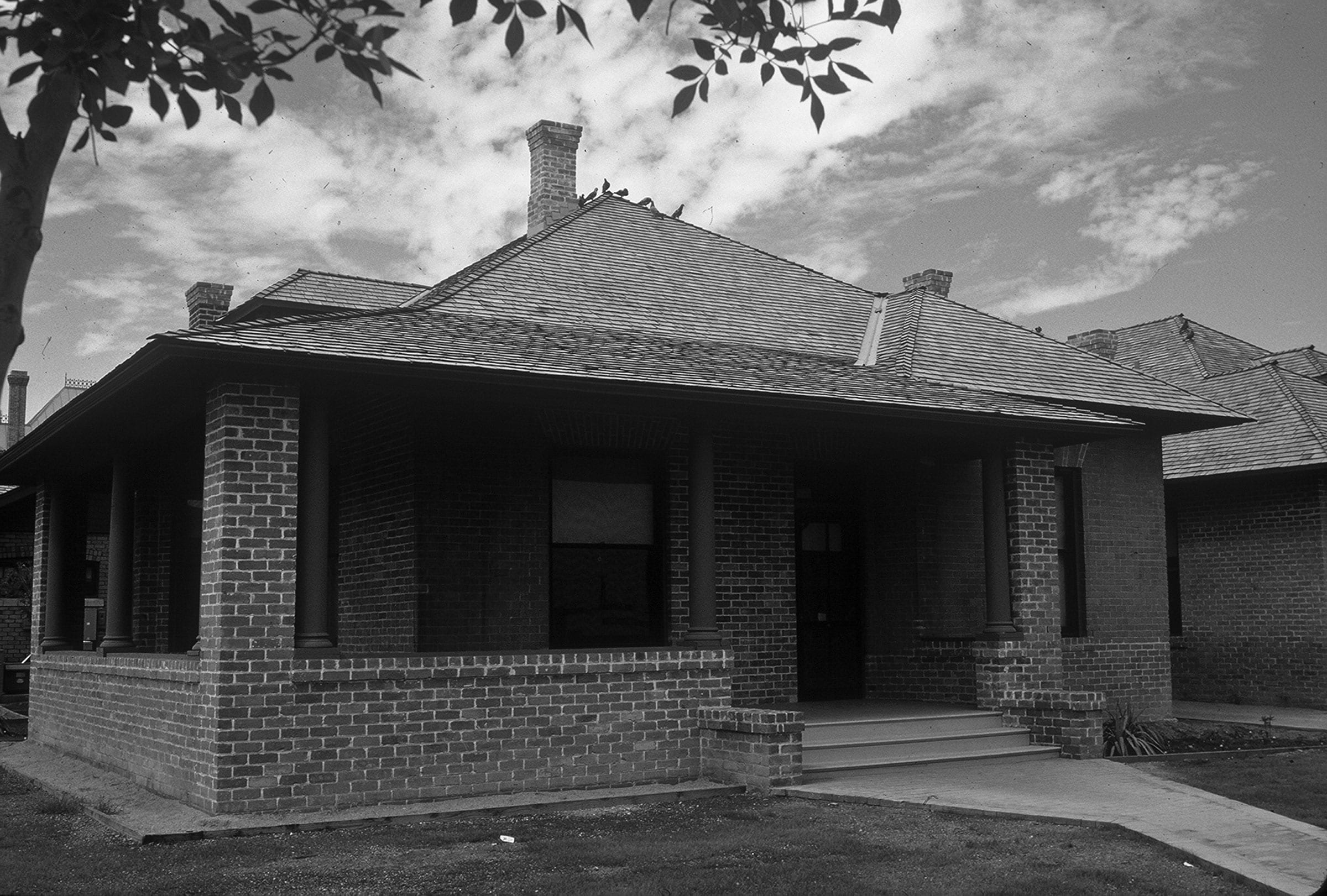 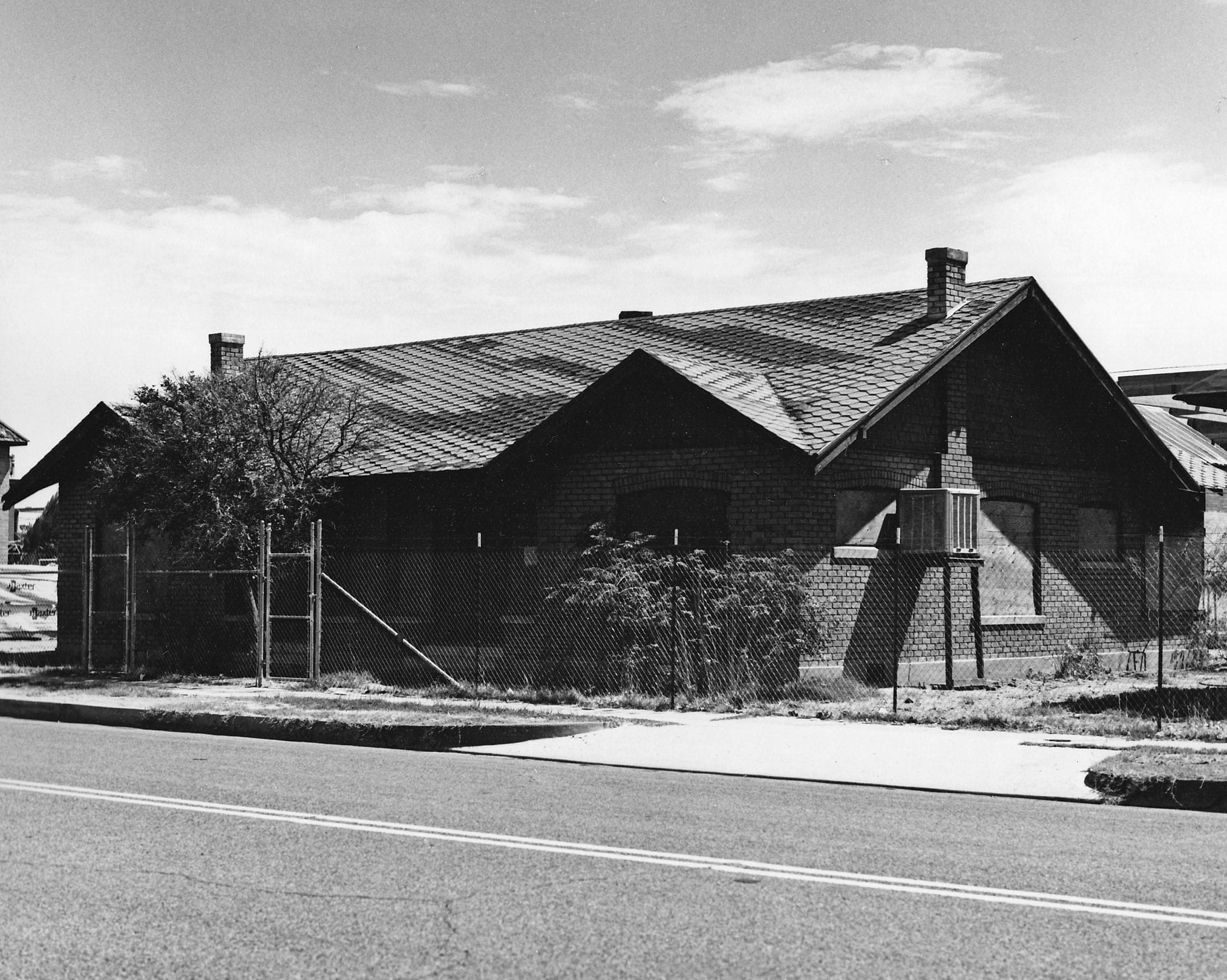 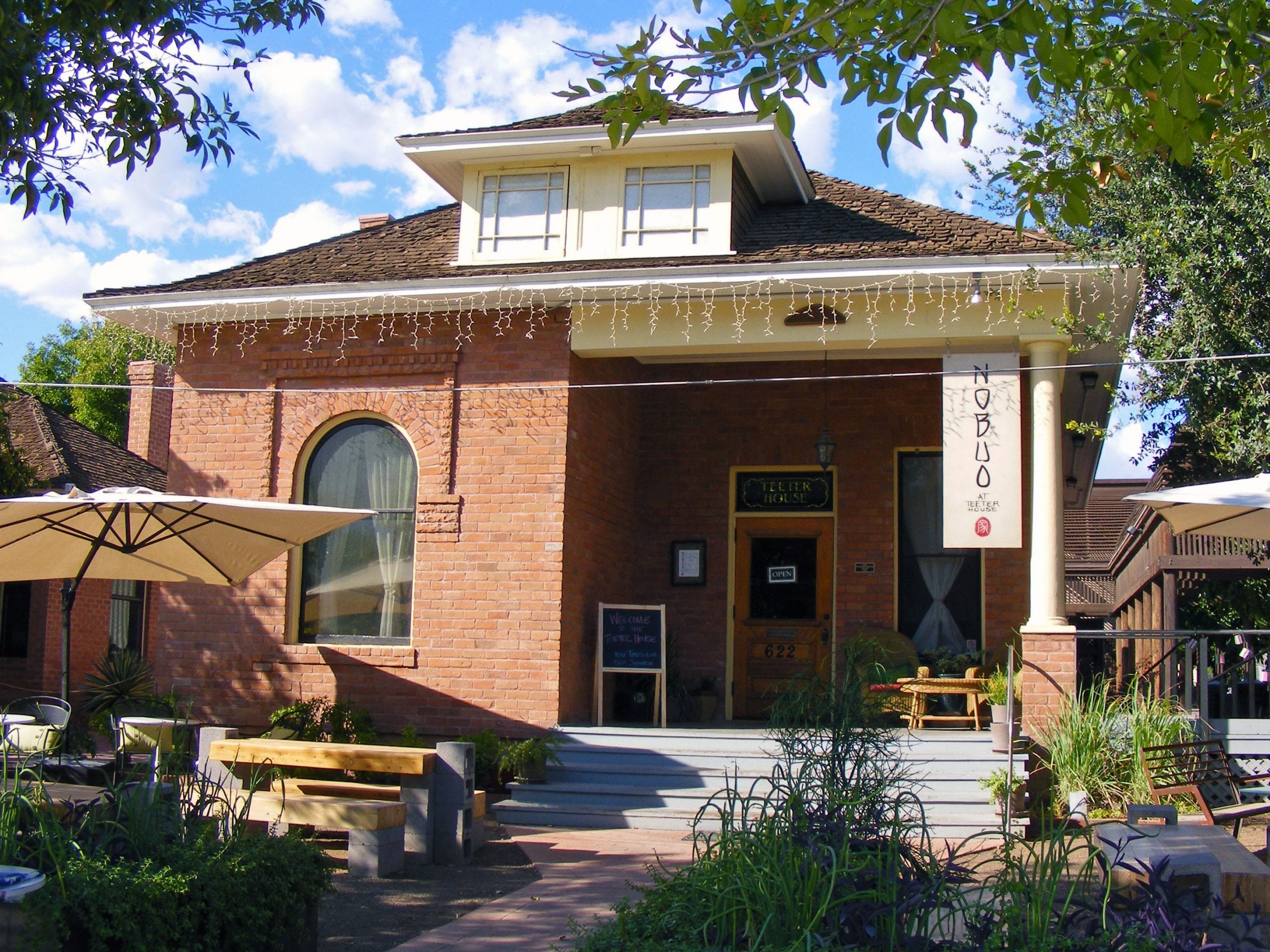 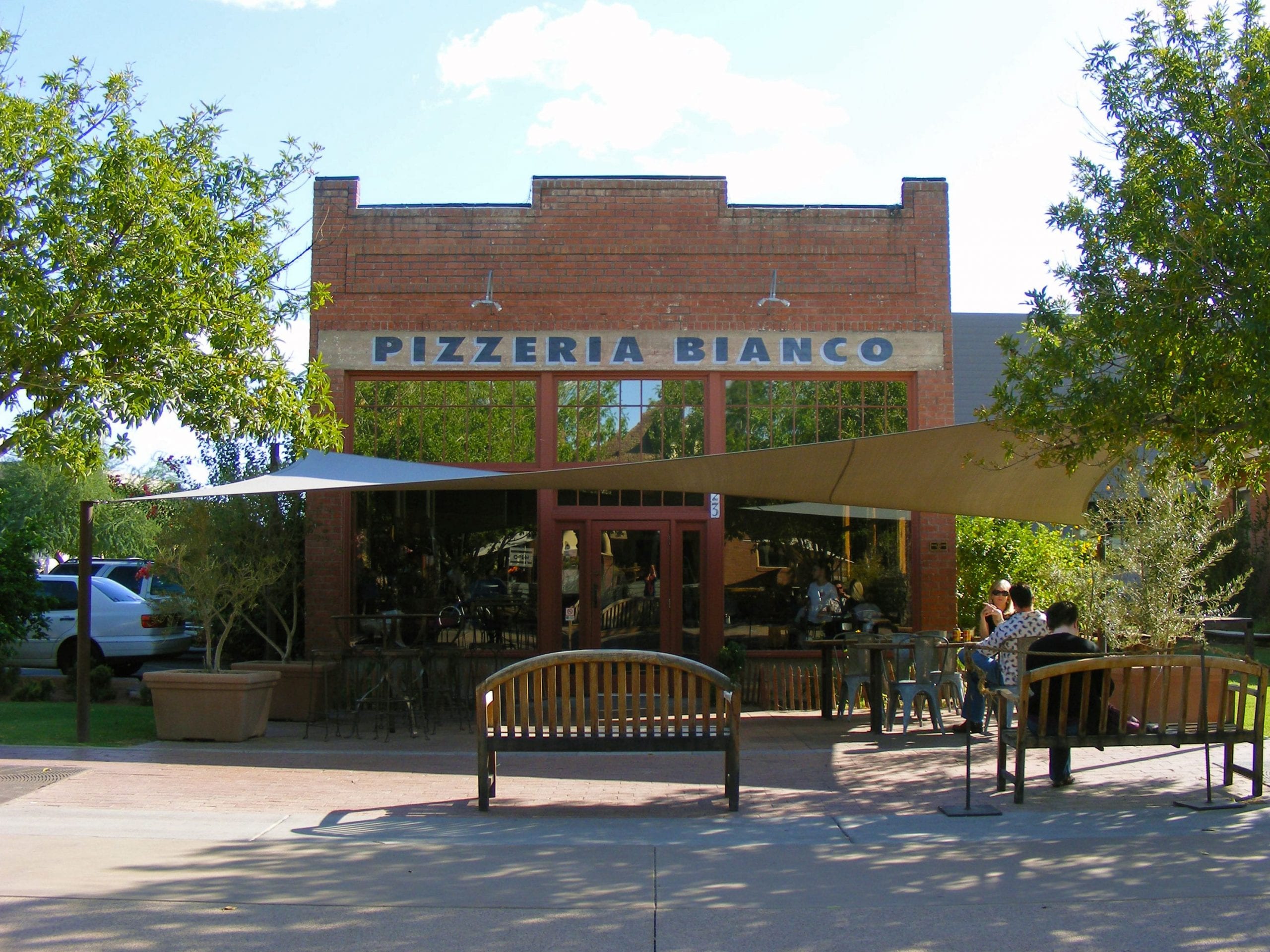 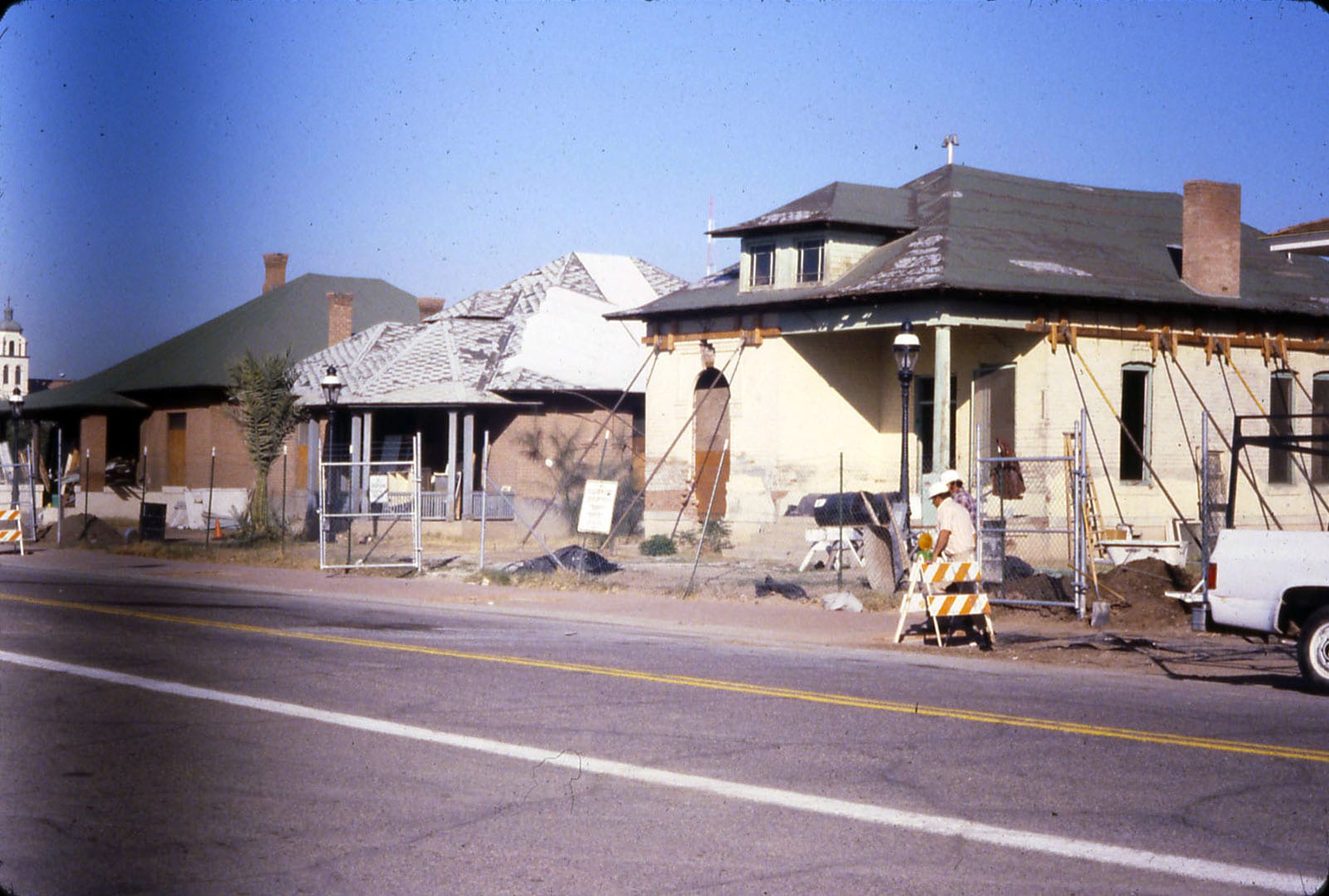 Leon Bouvier purchased a lot from the Rossons in 1899, and built his house at 622 E. Adams Street. In 1911, Eliza Teeter, a widow, apparently tiring of farm life, sold her Tempe property and purchased the Bouvier House. Although she initially rented it out, Eliza eventually moved in and lived there until her death in 1965. Another hyphenated named house in the square.

The Silva House probably should be hyphenated too, but it’s not. A.F.C. Kirchoff, a liquor distributor, purchased the corner of Adams and Seventh Streets and built his home at 628 E. Adams Street. He died in 1904, and his widow sold the house to Alejandro (Alex) and Maria Silva in 1906.

Farmers in the West Valley, the Silvas did not move into the house for a few years. Alejandro died in 1925, but Maria, and two young relatives, Frances Miramon and Marian Silva, stayed. Marian inherited the house when Maria died, and Frances remained following Marian’s death in 1963. She sold the house to the city in 1977, and it’s now Anhelo, a New American-style restaurant.

Across from the Teeter House stands the Baird Machine Shop (or Pizzeria Bianco). Katherine Baird received monies from a wrongful death suit involving her husband and built the shop in 1929. She and her son Arthur ran it for a number of years.

Because we know very little about some of these women except what can be gleaned from newspapers and public records, the Heritage Square Foundation is always looking. We can see patterns of purchasing the house, renting it, and then later moving in. But, what other stories can be discovered? 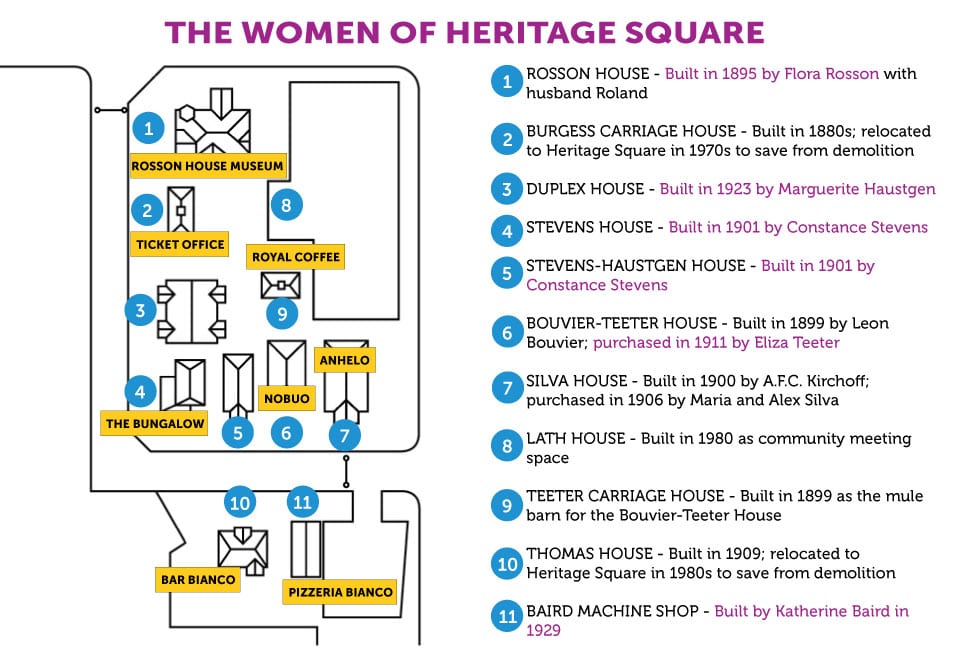 About the author: Donna Reiner has spent more than half her life in Arizona and cannot think of any other place to live. A historian and writer now, she’s also a trained classical musician. A jigsaw puzzle fanatic since the age of two, she usually completes at least a 500-piece puzzle every couple of days for relaxation. She takes longer with 1000 pieces.