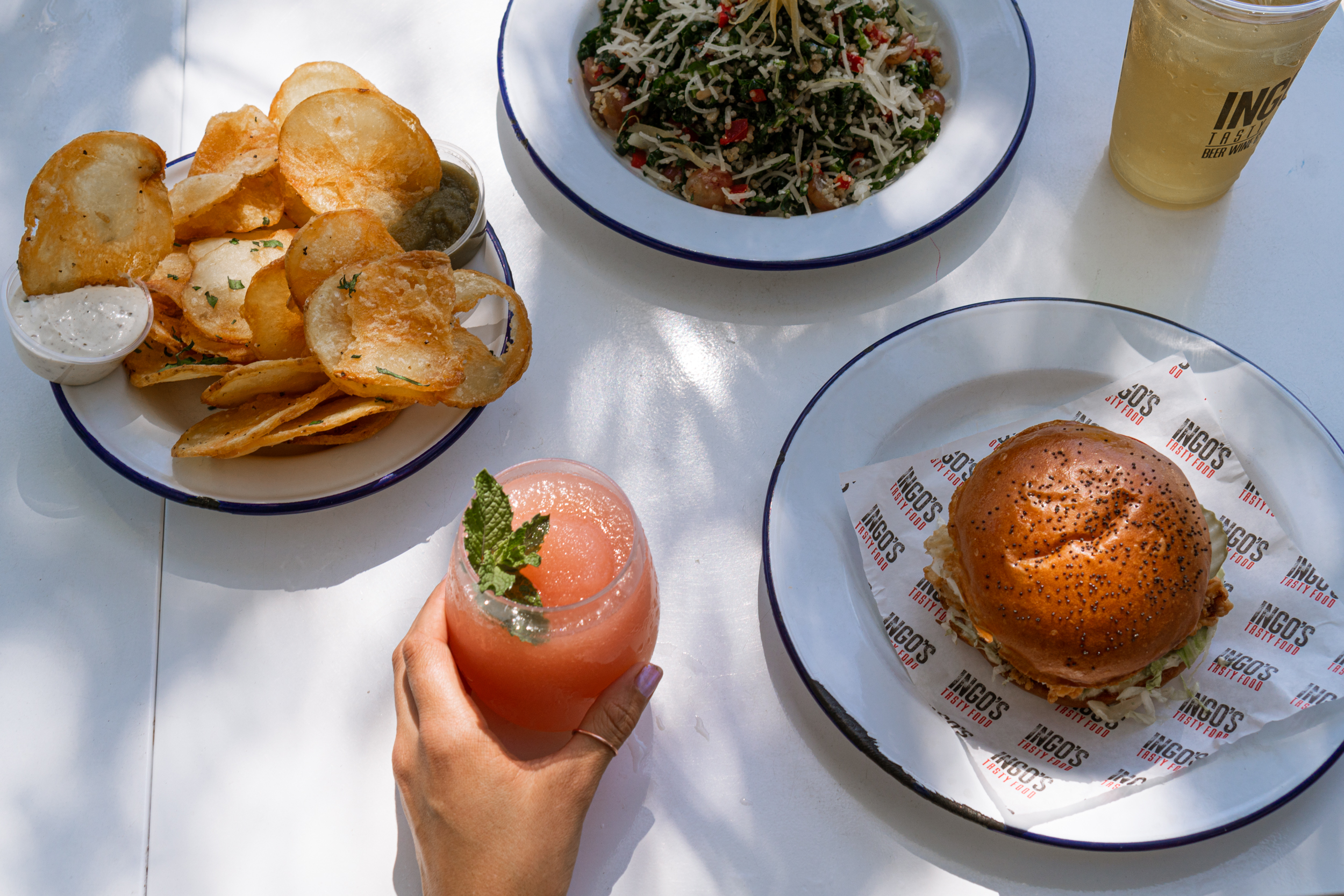 Known for its gourmet burgers and sammies, Ingo’s Tasty Food opened its second Arizona location in Downtown Phoenix at the end of August with a new menu, homemade pastries and espresso program.

Located on the ground floor of Block 23 on the corner of First and Washington streets, Ingo’s original location was founded in 2013 in Phoenix’s Arcadia neighborhood.

“Downtown Phoenix is absolutely thriving, filled with continuous growth on every corner, and leading the charge as a model for the next generation of truly energized, urban city living,” Emily Collins said in press release. Collins is the vice president of growth and development for LGO Hospitality, the restaurant group behind Ingo’s.

The two-story location features yellow tile and massive windows on the exterior opening onto First Street, making the sidewalk presence really bright, sophisticated and inviting. Dark woods, black and white accents, and a second-floor mezzanine make the 2,000-square-foot space feel just as modern and airy as the outside.

Ingo’s offers both curbside service and delivery with the Ingo’s Tasty Food App, in addition to no-touch pick-up experiences. Ingo’s is open Monday-Thursday from 7 a.m. to 9 p.m., Friday 7 a.m. to 10 p.m., and weekends opening soon.

LGO Hospitality started in 2002 with La Grande Orange grocery in Arcadia, and has since opened more than a dozen businesses in both California and Arizona, including local Phoenix favorites like Chelsea’s Kitchen, Buck & Rider oyster bar and Ingo’s.