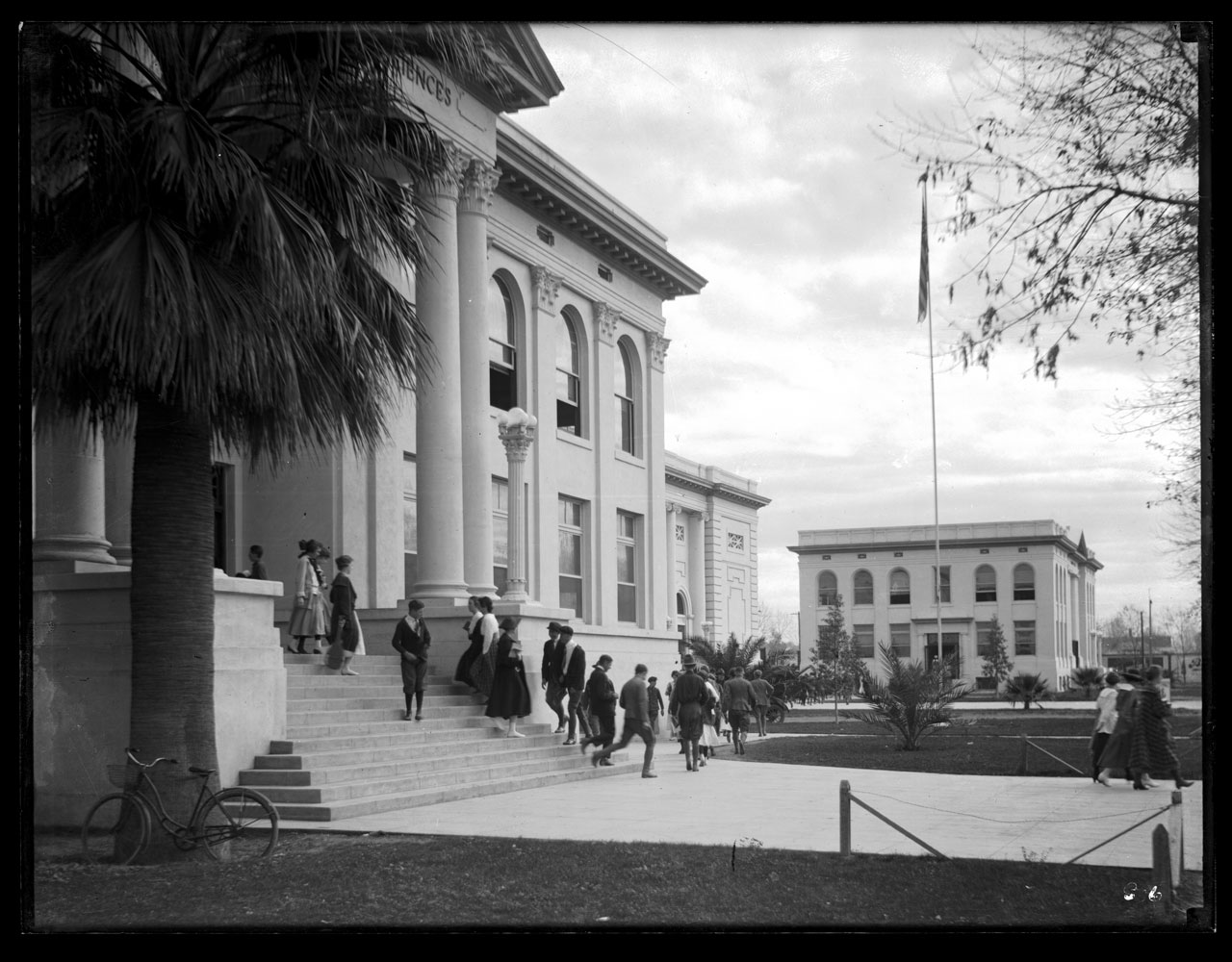 When E.L. Sutherland opened the High School Pharmacy in August 1920 at 401 E. Van Buren Street, he had no idea how advantageous the site would become.

Phoenix Union High School was just a couple of blocks away on E. Van Buren Street and St. Mary’s High School was a block south on E. Monroe Street. In 1925, St. Mary’s Elementary School opened directly across the street on the southwest corner of Fourth and Van Buren streets. 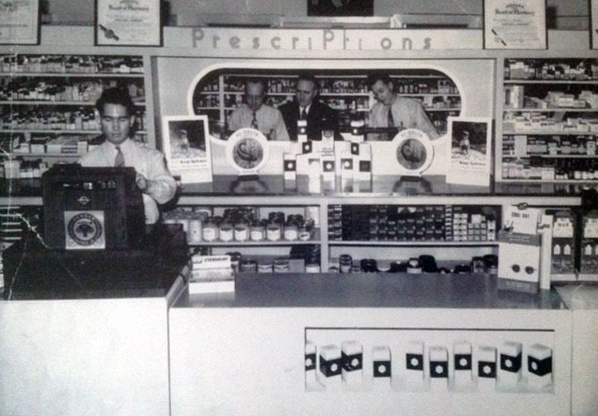 Yes, this was a business that was the perfect hangout for students. The soda fountain was a popular destination for teenagers at lunchtime and after school. For elementary school students, it was the best place to get bubble gum, a candy bar, or school supplies while waiting for the bus to come.

Due to poor health of the owner, the High School Pharmacy eventually changed ownership and names. It became the Dorsey-Burke Drug Company, but still retained its status as a hangout for students.

It also had another important role in the downtown community, and would intersect with the lives of many. 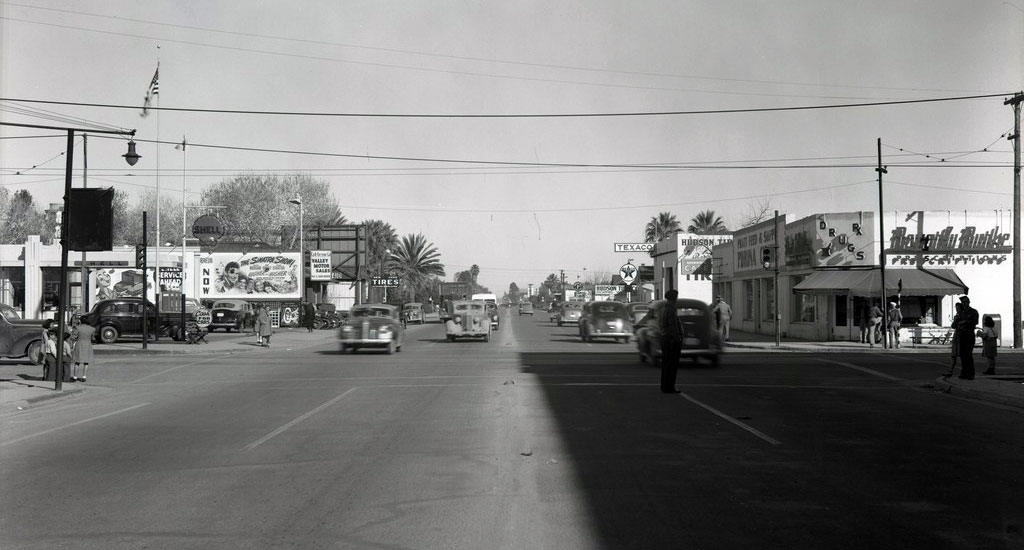 Alfred “Benny” Ashley went to work for Dorsey-Burke as a very young delivery boy in the late 1920s. St. Joseph’s Hospital was on Polk and Fourth Street at the time, and had no in-house pharmacy. The Dorsey-Burke druggists would make up the prescriptions from a chemical formula the doctors sent over. Then Benny would deliver the drugs to the hospital (it was only a block away from the store), and he continued to do this throughout high school. 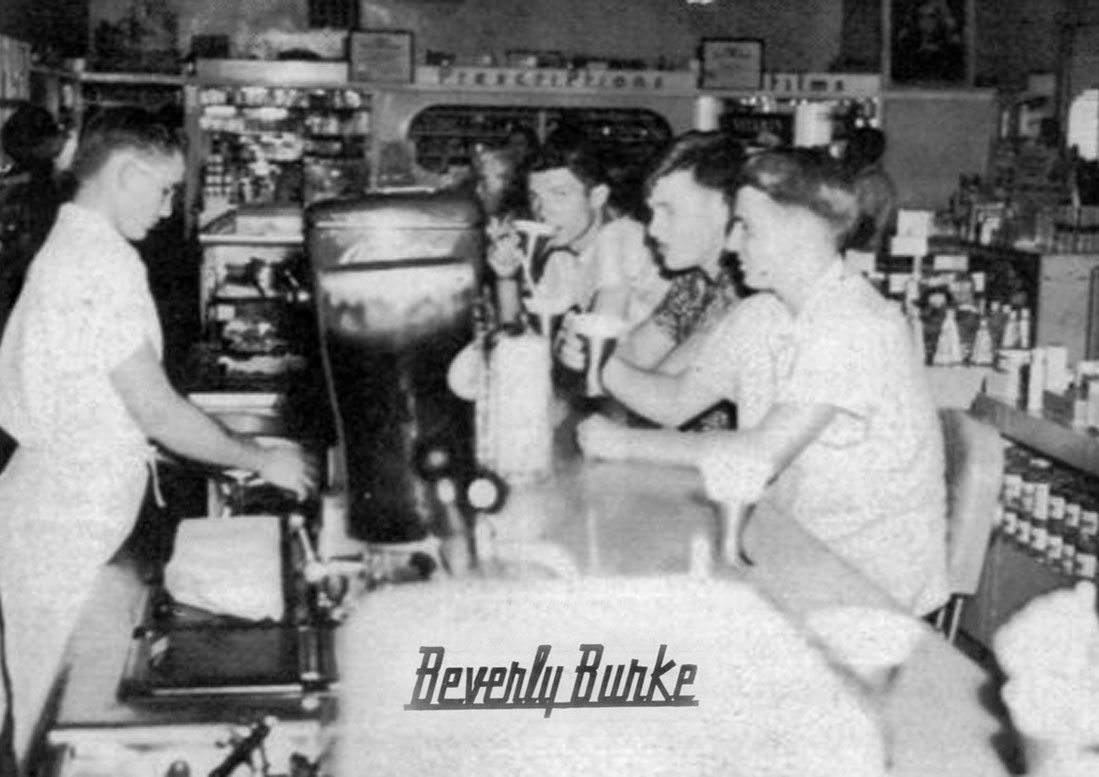 Beverly Burke, yes, that was his name, bought out Dorsey in 1935, but did not change the store’s name to Beverly Burke Drug Company until 1942. The name change made no difference to the students, it was still the same popular hangout.

During this time, two young brothers, Alfred and Edward Madrid, began to work at the store. At the time, it was possible to apprentice at a pharmacy and then take the state pharmacist exam. Alfred passed his test in April 1939 and continued to work for Burke. Edward later passed his exam and started the El Centro Pharmacy. 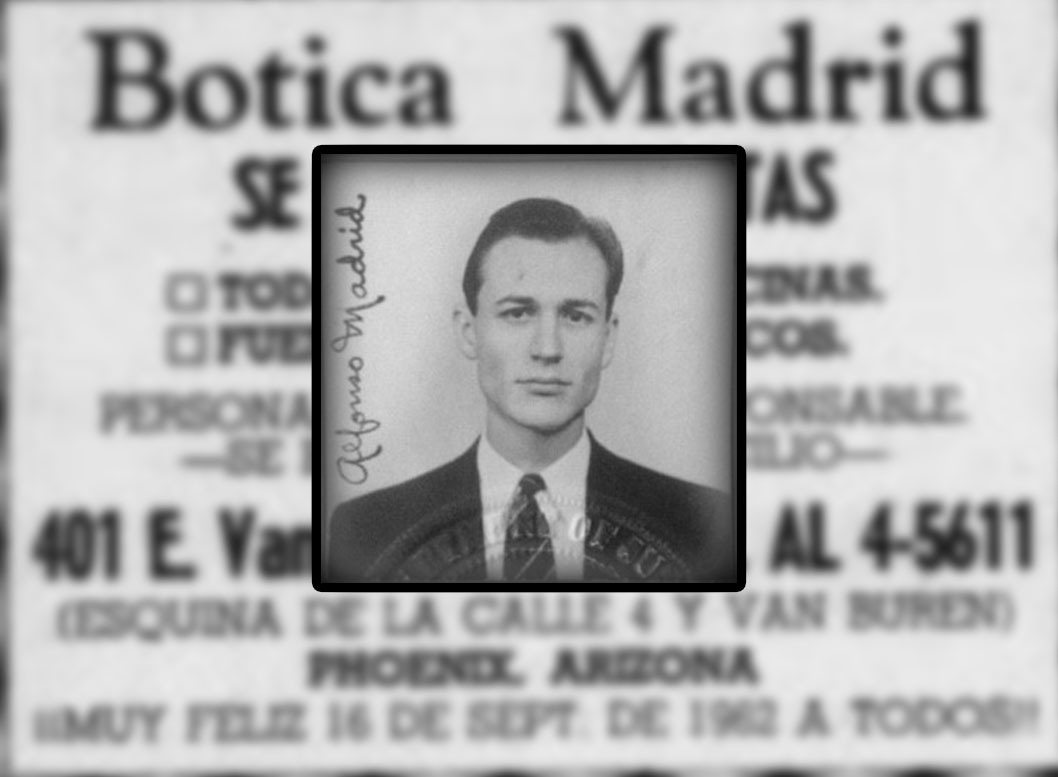 Burke sold the business at 401 E. Van Buren Street to Alfred Madrid around 1953. Alfred formed a partnership with Tony Sierra, a University of Arizona pharmacy school graduate, and also a former employee of Beverly Burke. They called their store Madrid-Sierra Pharmacy. That partnership lasted about six years before dissolving.

Alfred kept the store as Madrid Pharmacy until he retired around 1971. In the 1970s, the popularity of pharmacy soda fountains began to die down with the rapid growth of fast food restaurants. And that was the end of the building being an after-school hangout.

Various businesses continued to operate there until the north half of that block was sold to the Roman Catholic Diocese of Phoenix. In 1990, this infamous hangout along with other buildings on the block were leveled to make way for the church’s expansion.

Today, the site is part of the Diocesan Center but the memories of that hangout linger.

About the author: A local historian and writer, Donna Reiner continually looks for pieces of Phoenix’s history that will make for an interesting story. This one began at the behest of Alfred Madrid’s daughter, Linda.