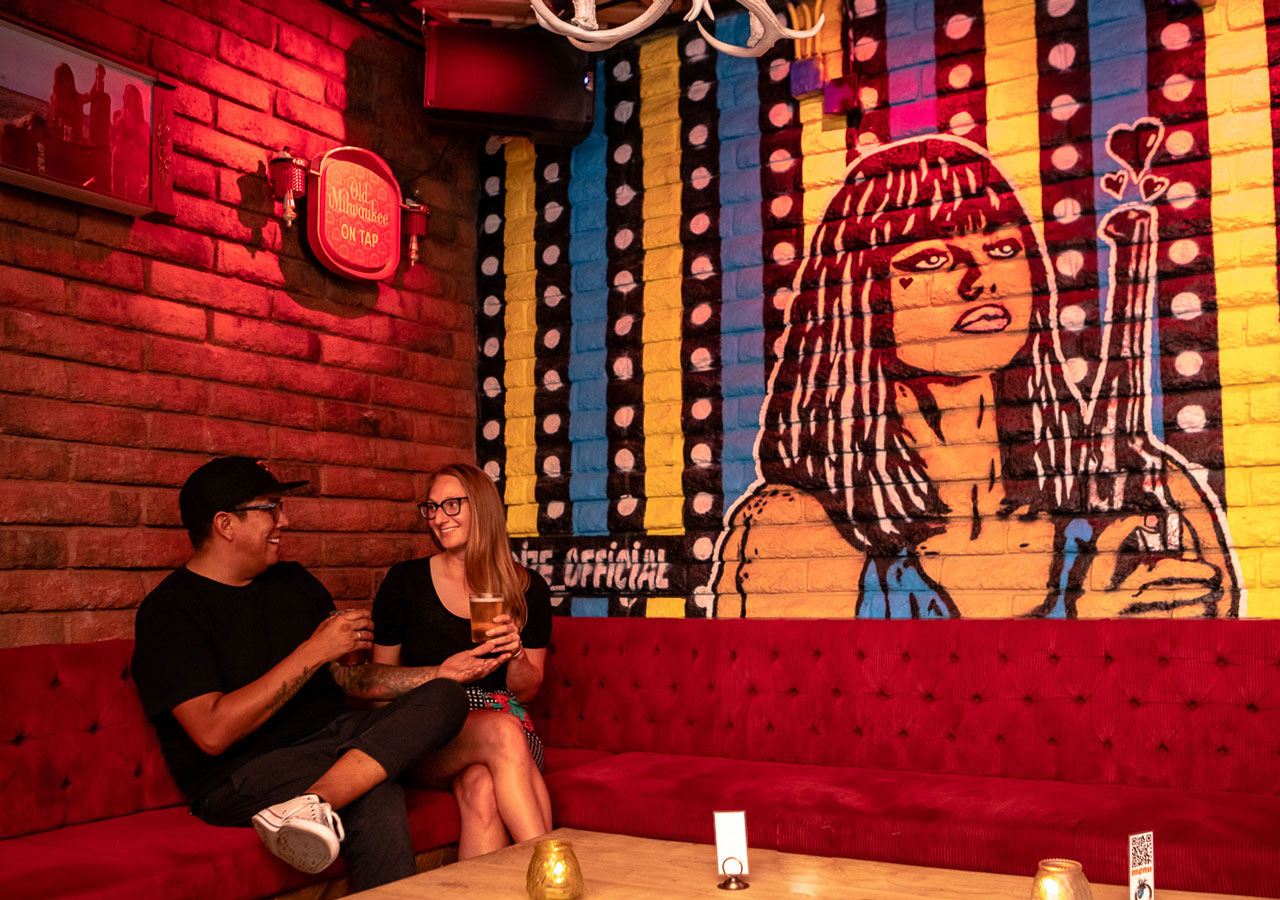 Cheers for beers! After modifying the format last year due to the pandemic, one of the most anticipated downtown tasting tours is returning. The eighth annual Urban Ale Trail is taking place on Saturday, Oct. 23 from 1 to 5 p.m. and will include more than two dozen participating bars, breweries and restaurants, each one bringing a different beer-centric flight and bites to the table.

Most of the participating establishments are located in the downtown core, but there are a few gems located not too far down the road in the Roosevelt Row Arts District. 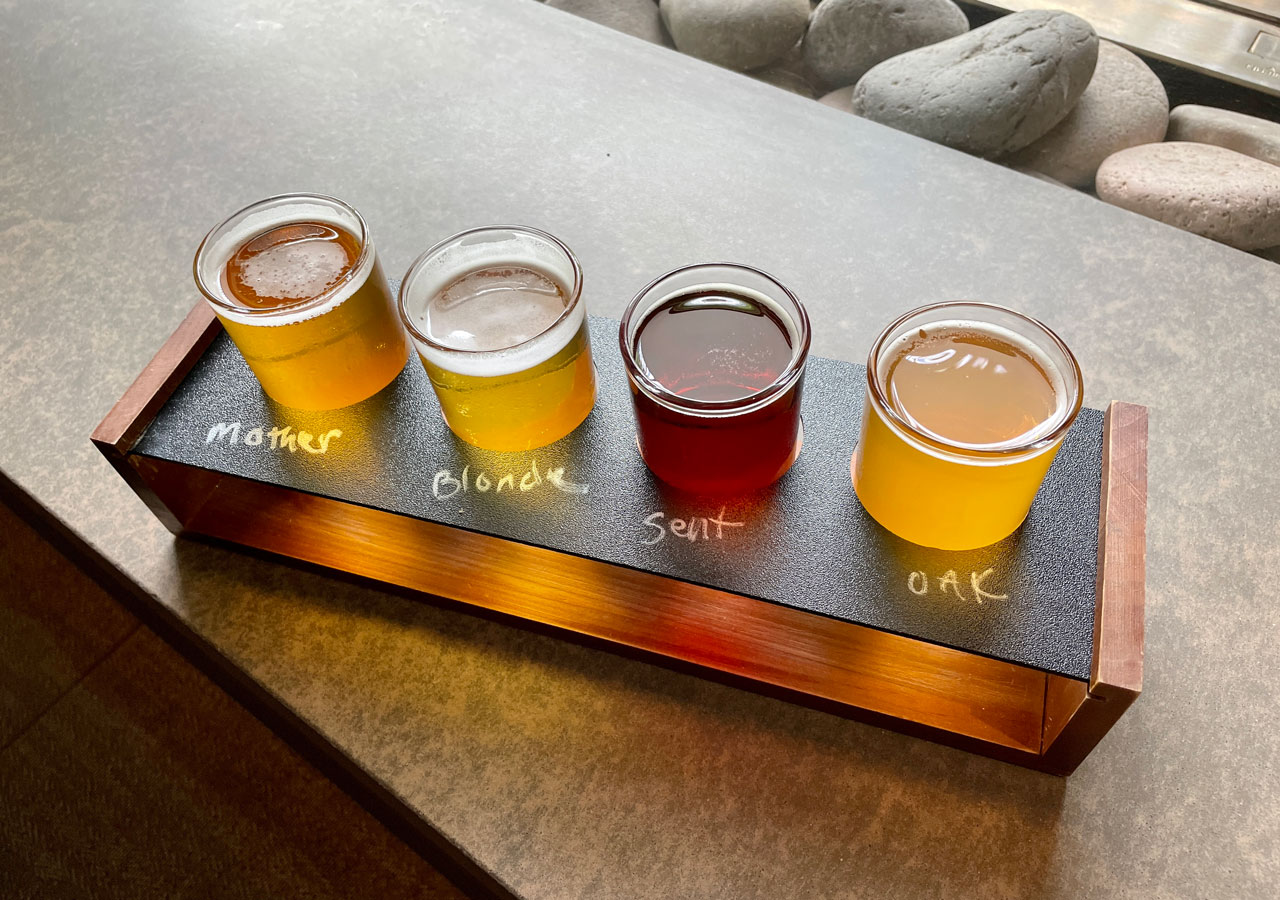 With all the brand new concepts that have recently opened up in the past year, and plenty of old favorites, I was excited to get a sneak peek of what’s to come on this year’s boozy trail.

Me and a couple of friends kicked things off at Dust Cutter, a Southwest-meets-contemporary bar and restaurant located inside the Renaissance Hotel. The beer list featured an impressive amount of local-to-Arizona breweries, ranging from Oak Creek Brewery in Sedona to Mother Road in Flagstaff to Barrio Brewing Co. in Tucson. 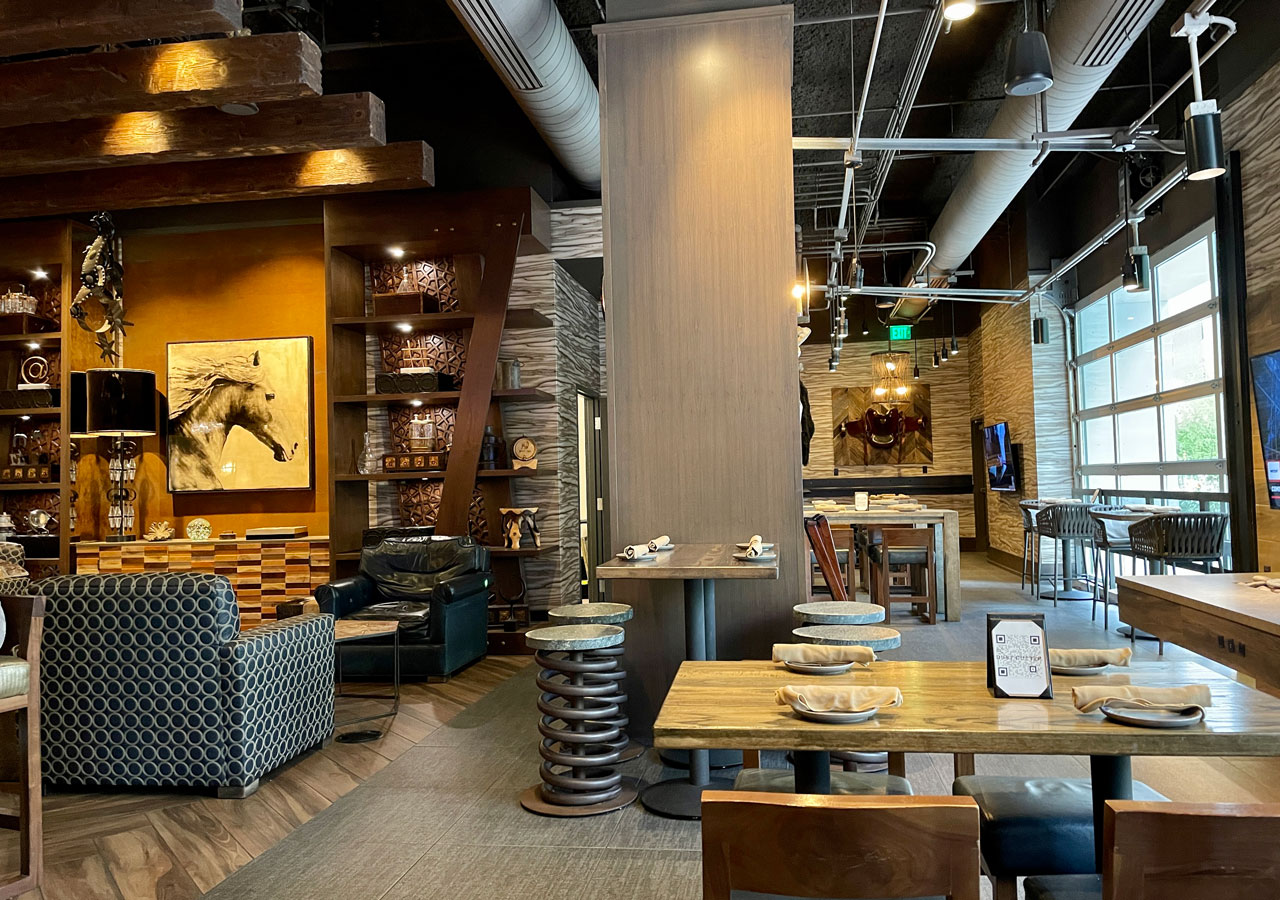 I decided to go with the flight of four beers, which was the perfect option to taste-test a variety. For those non-beer drinkers, they have spirit-forward cocktails, including “Burn the Breeze-Ride at Full Speed,” which incorporates mezcal (a personal favorite) and a diverse wine list. As for food, we dove into the AZ Dust Storm Fries, which hit the spot in terms of crispy texture and savory flavor. 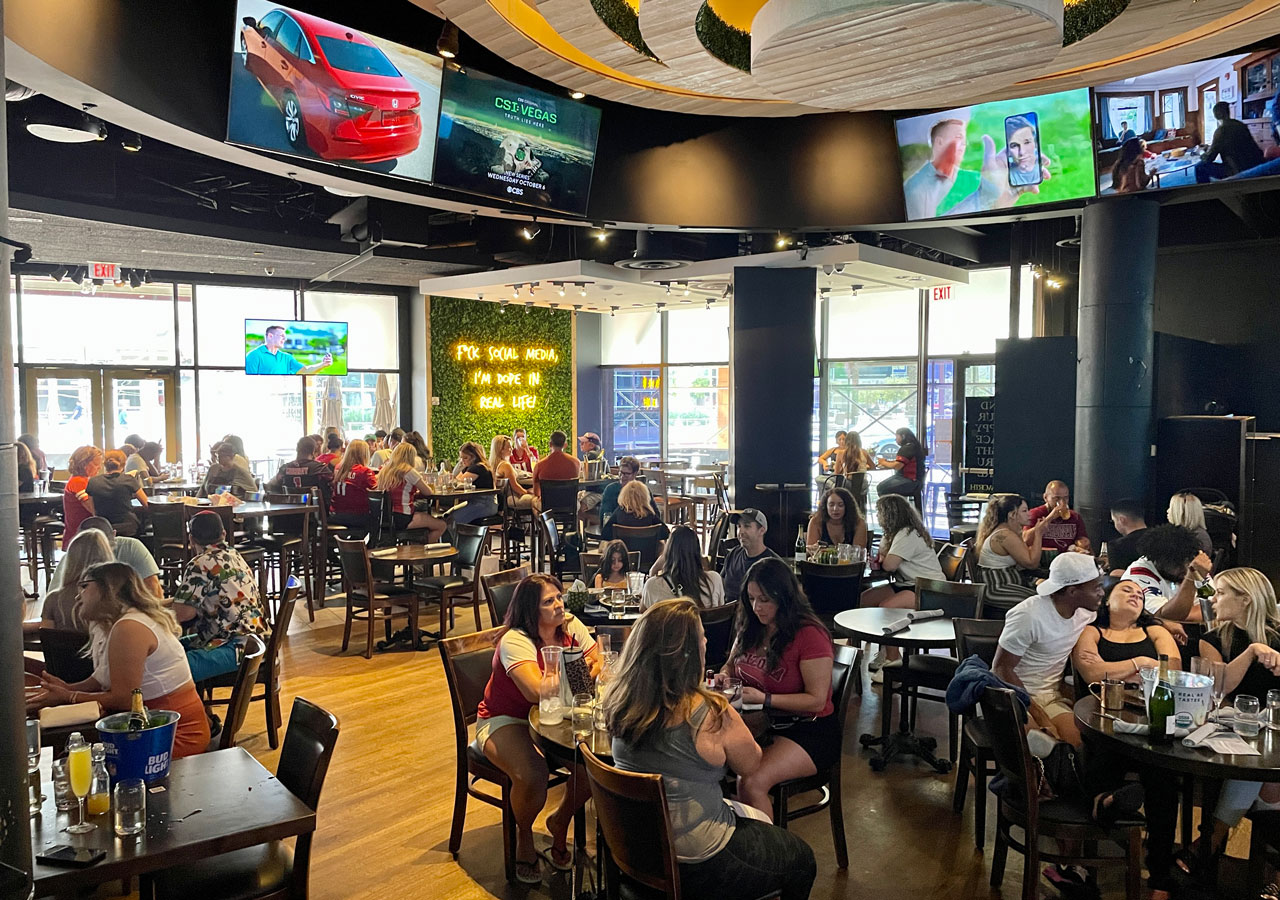 Located across the street from Footprint Center, The Ainsworth is a go-to spot on game days. (Photo: Skyler Scott)

About a four-minute walk away was The Ainsworth across the street from the Footprint Center. This spot was bustling with football fans and game-day energy. After perusing the drink menu, we went with an assortment of libations including a craft beer, the “Sidecar” featuring Hennessey and Grand Manier, and one of their classic cocktails, the “Pineapple Delight” served in an actual pineapple. This is the ideal spot for tasty apps and a fun drink or brew to pair with it. Not to mention, everything from the food, drinks and restaurant as a whole is highly Instagrammable. 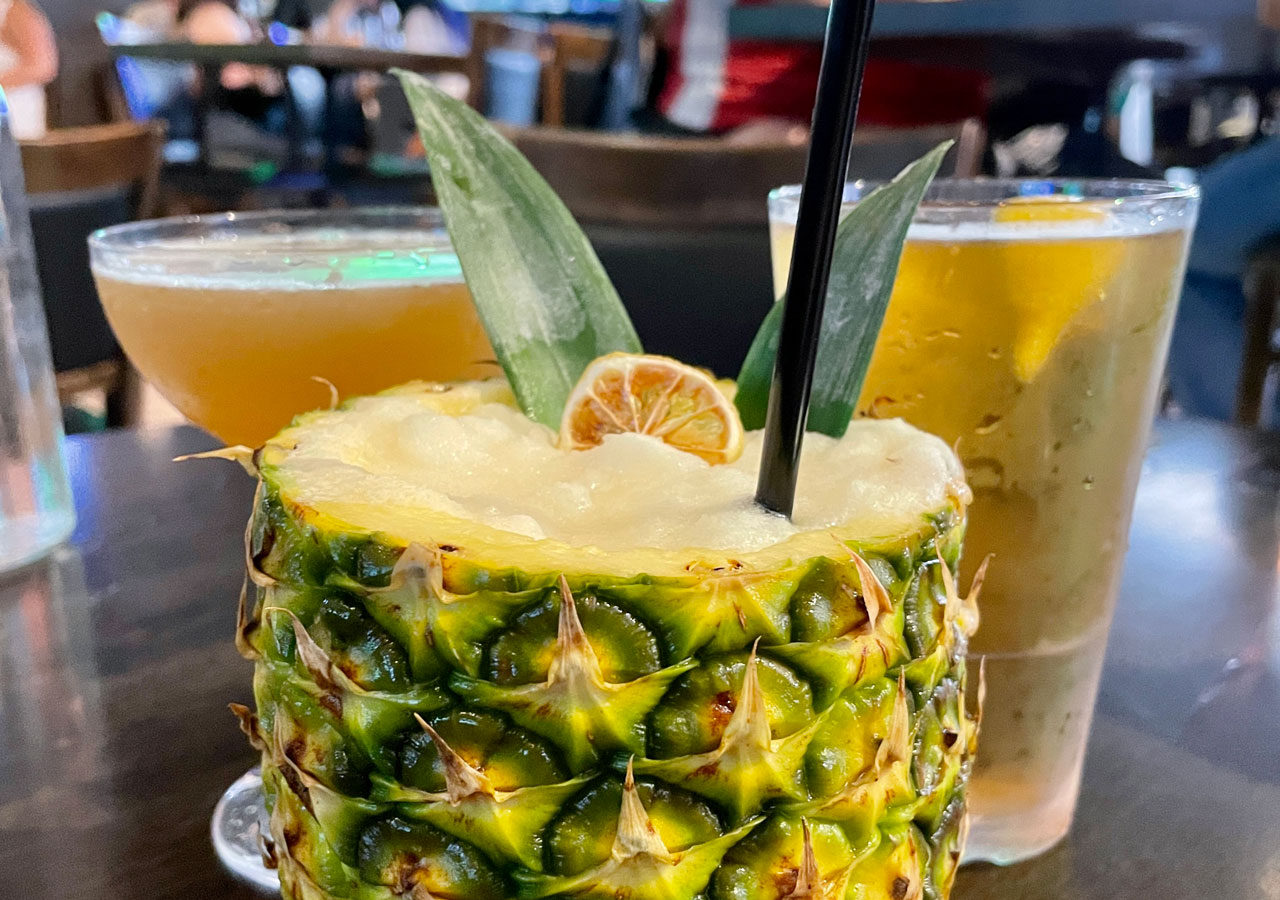 One of The Ainsworth’s classic cocktails is the “Pineapple Delight,” served in an actual pineapple. (Photo: Skyler Scott)

We wrapped up our downtown visit with dinner and drinks at The Strand Urban Italian, which was one of the first restaurants to open up at CityScape in 2012 and is still highly successful today. This was another spot that had only local beers on draft and I paired a Lumberyard Hefeweizen with a traditional Caprese for a light starter. The Penne Alla Vodka was the perfect robust and flavorful pasta dish and the Prosciutto and Fig Pizza had just the right balance of sweet and salty. 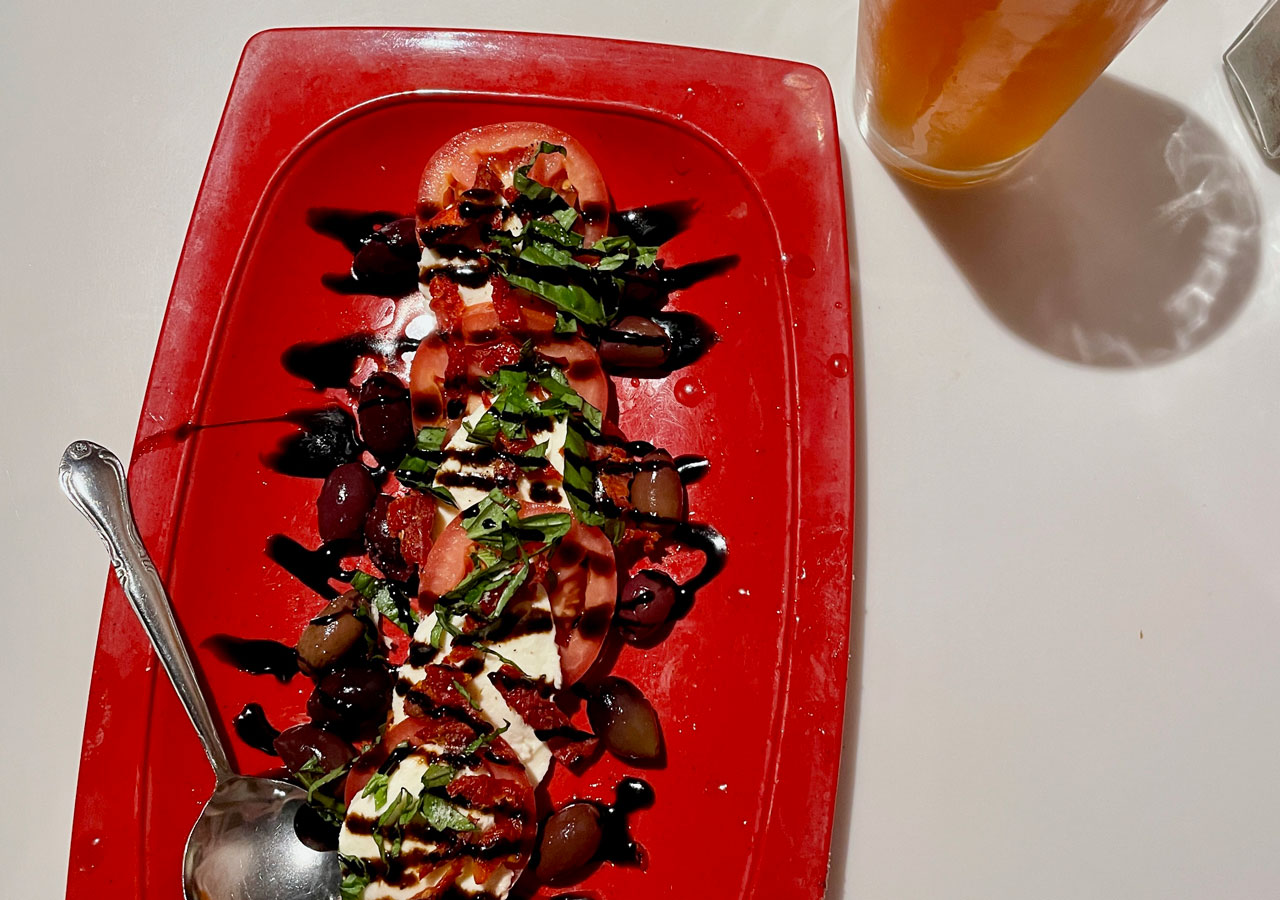 The Caprese salad is the perfect light starter at The Strand Urban Italian. (Photo: Skyler Scott)

After making my way down to Roosevelt Row, I had to stop at one of the few breweries that actually brews their beer on-site, Greenwood Brewing. This stylish female-owned destination is continually serving up seasonal favorites like the Harvest Diem Spiced Ale, which has perfect notes of fall with a honey cinnamon rim on the glass. The beer list ranges from the lighter end of the spectrum with the Purpose Pilsner to full-bodied options like the Sol Oatmeal Stout. 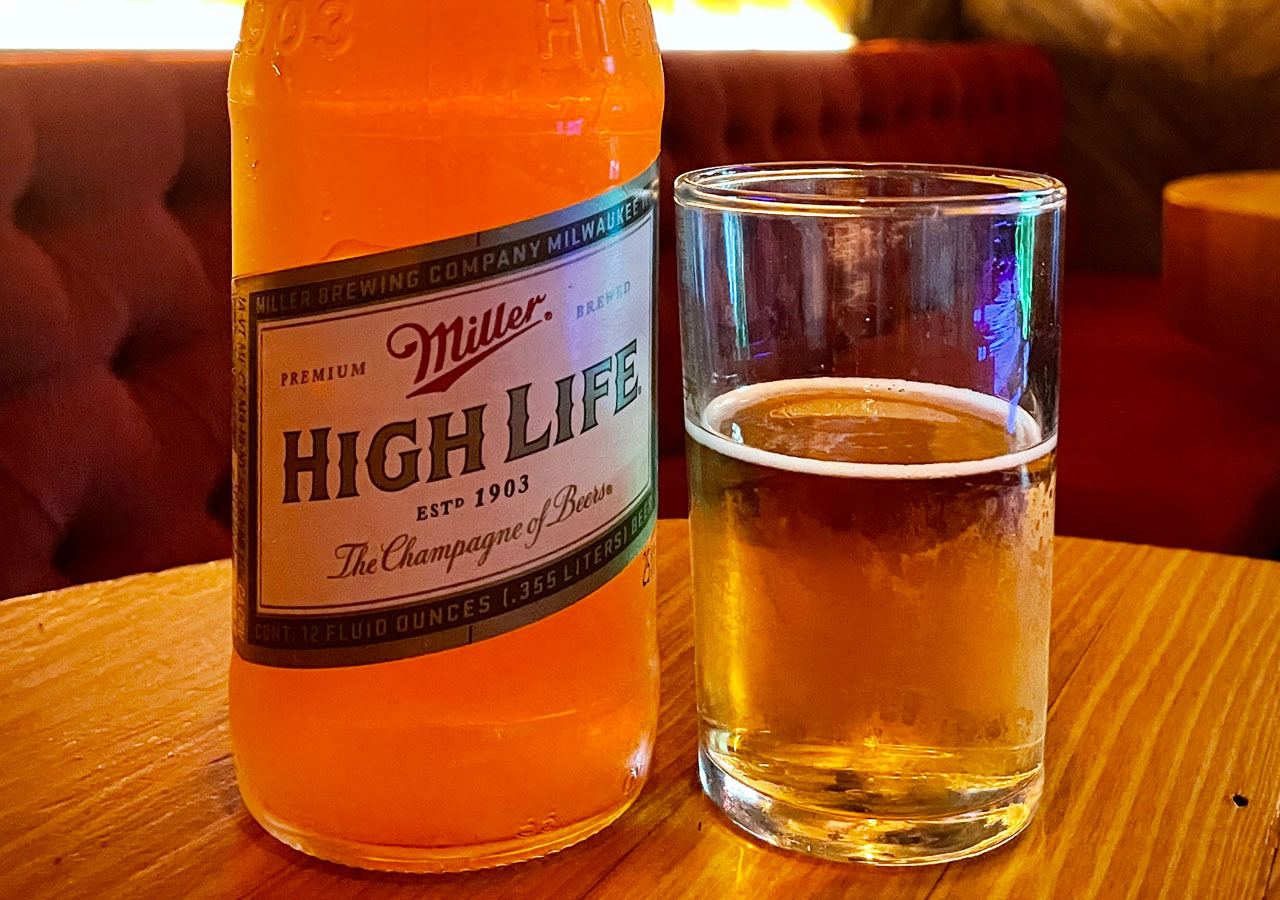 The “Spaghett” at Luckys Indoor Outdoor is a combination of Miller High Life, lemon juice and Aperol. (Photo: Skyler Scott)

Ready for some fun and games, we checked out the Luckys Indoor Outdoor, which features an upscale dive bar setting with yard-style games like bocce ball and beer pong, along with billiards and skee ball.

We refreshed our palates with Sourgarten brews from their sister concept, Pedal Haus, and tried the “Spaghett,” which is a combination of Miller High Life, lemon juice and Aperol. Talk about a delicious beer cocktail! It may sound like a questionable combination, but trust me, Miller High Life has never tasted better. 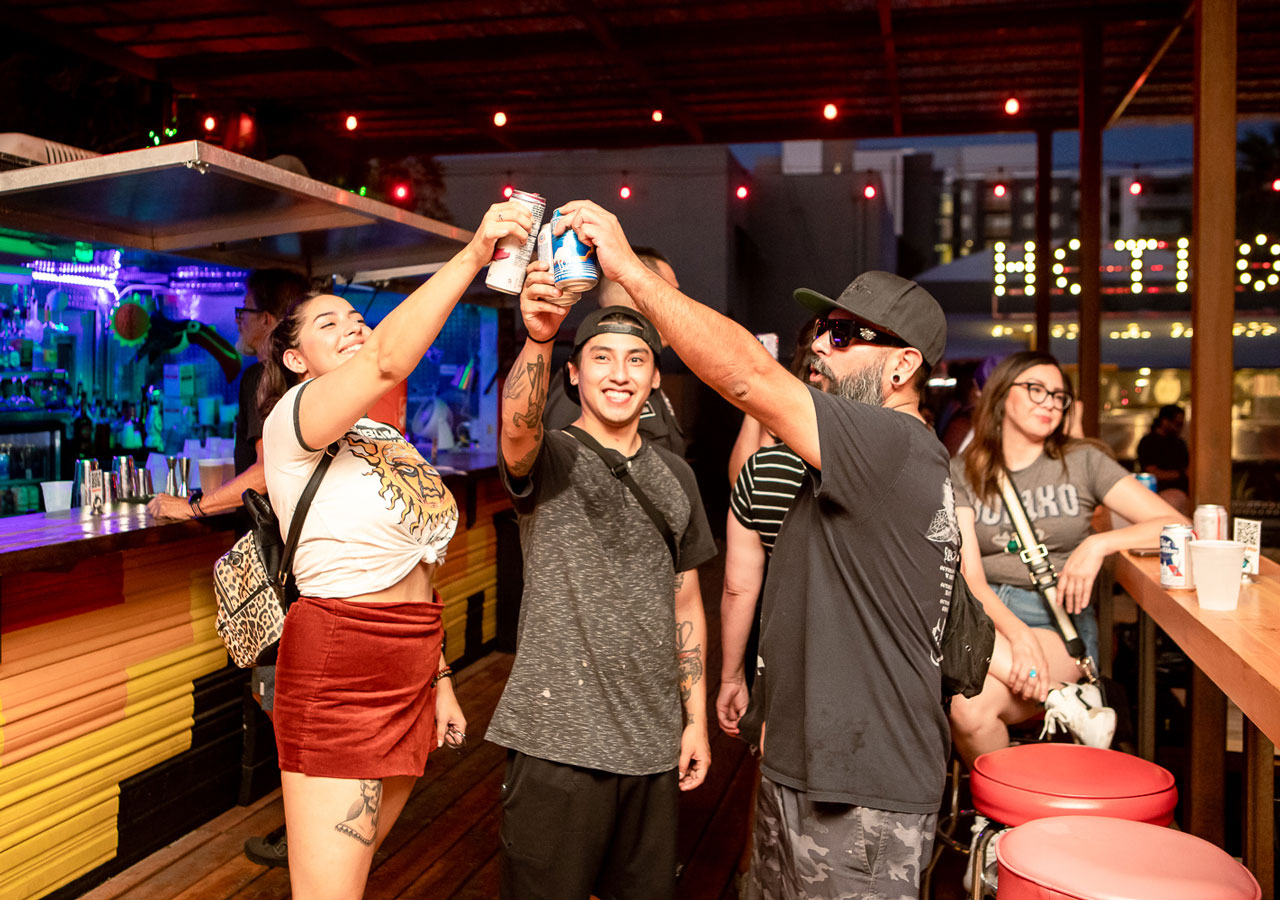 There is much to look forward to with this year’s Urban Ale Trail and this is only a small sampling of what to expect. So get ready to taste and sip your way through one of the best craft beer scenes in Arizona. Check out the website for a full list of participants, details on what to know before you go, and keep an eye out for the beer and food pairing menus, coming out October 18.