Strike up the Band: Live Music in Downtown’s Early Years 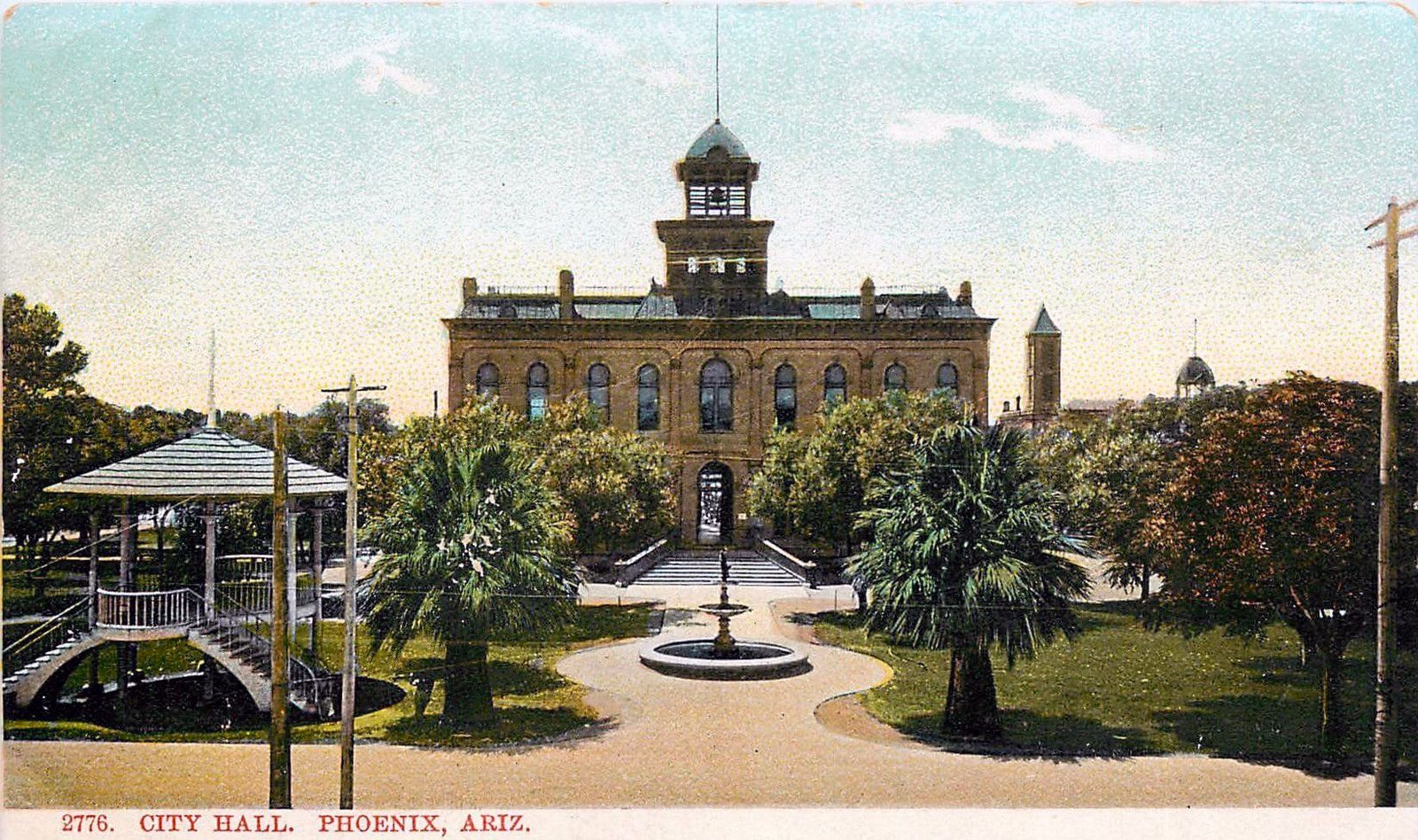 Phoenix’s first bandstand was located at City Hall Plaza (pictured in the early 1900s), elevated in the left corner of this historic postcard. (Postcard courtesy of: Donna Reiner)

I grew up in a small agricultural community in California and learned to play the flute. Marching in parades was the highlight of my early band days. But one thing our community lacked, while I lived there, was a central park with a bandstand for summer concerts. In fact, I don’t remember even knowing about an adult band that performed, especially during the summer months.

What a shock it was to discover that there were such bands and concerts in Phoenix’s Library Park in the early 1900s. And why may you ask is this important to know? Communities across the nation, in the late 19th and early 20th centuries, once loved band music so much that they would go to a local park to be entertained.

Remembering of course, there were limited types of entertainment in those days. These concerts were generally free, and attendees often brought a picnic basket full of scrumptious goodies to make an afternoon of it.

Yes, Phoenix did have such a band. In fact, several bands over the years. And yes, Phoenix had a number bandstands and band shells.

Some may remember the Encanto Park band shell, which burned down a number of years ago. But the first bandstand was in the historic downtown area, and was typical of those seen on a commons in the east.

Phoenix’s first bandstand was prominently situated in the City Hall Plaza on Block 23, where residents could bring blankets and gather on the lawn. It was adequate for quite some time, but as the various bands that wanted to perform got larger and wanted better facilities, the city took notice. 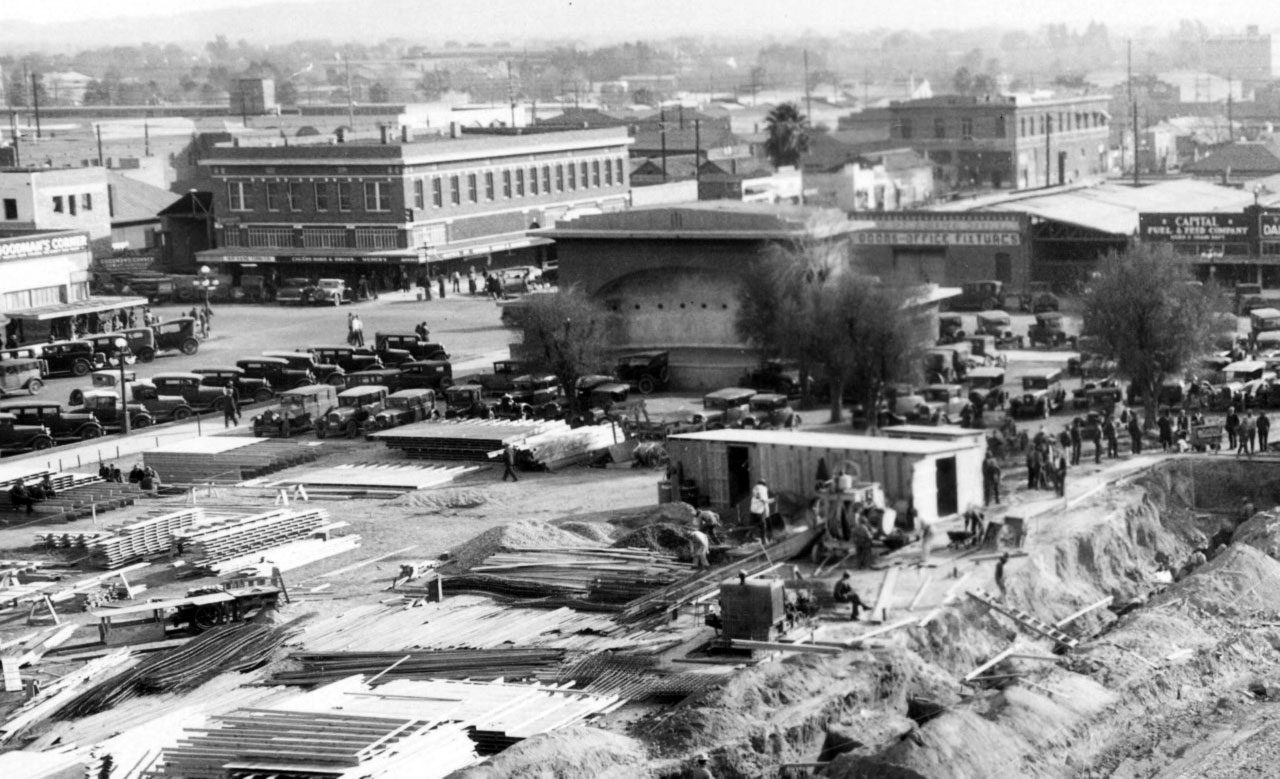 This is the bandshell attached to the Municipal Rest Room, which was demolished in the late 1930s. The lumber is for the construction of the Fox Theatre. (Photo: S. Charles Lee Papers, 1919-1962, UCLA Digital Library)

So when the Municipal Rest Room (that’s a whole different story) was constructed on the northeast corner of Jefferson and Second Street in 1916/1917, the entire back side of the building included an alcove with a circular platform. It was a marvelous new bandstand. A 1920 issue of “American City” even mentioned that there were benches and lawn shaded by “umbrella trees.”

The city then hired George Pheby in early 1920 to design a new and even larger bandstand for Library Park (the lawn area to the east of Carnegie Library) at 1101 W. Washington Street. This would be a marvelous structure with its back to Jefferson Street facing north. One newspaper article claimed that there was room for 6,000 people.

The most amazing part of this structure was the sounding board that Pheby designed. Apparently, the acoustics were so excellent that one could “hear the most delicate pianissimo tone of a woodwind instrument from any place in the park.”

Pheby’s design impressed other communities across the nation, and even New Zealand, and he gladly sold his plans. Unfortunately, other than one photo in “The Arizona Republican,” no picture has appeared yet of Pheby’s famous bandstand.

While it was demolished sometime after the library moved to its new site on the northeast corner of Central Avenue and McDowell Road, the memory of those outdoor band concerts linger on.

About the author: Donna Reiner has spent more than half her life in Arizona and cannot think of any other place to live. A historian and writer, she’s also a trained classical musician and plays flute in the “new” Phoenix Pioneer Band. She wishes a downtown bandstand still existed.