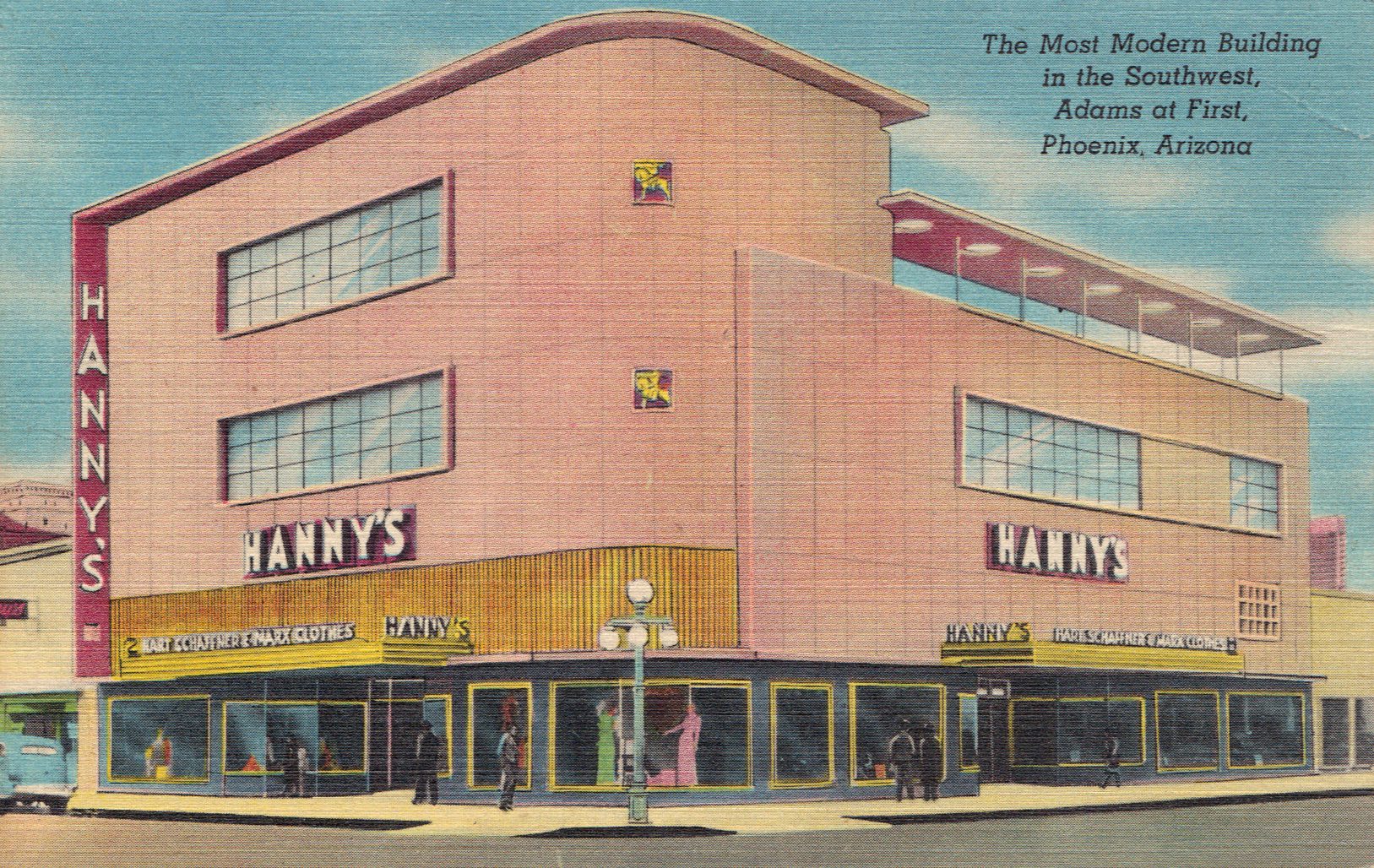 Back when shopping for fancy threads in Phoenix could only mean a trip downtown, store entrances were powerful enticements to pull in potential customers from the sidewalk. First impressions were critical as pedestrians made split-second decisions on whether to enter a business.

Stores in high-pedestrian areas encouraged customers to step on some of their most elegant signs, literally. This advertising underfoot, so to speak, consisted of customized terrazzo floors in store entrances that were bookended by display windows that featured the retailer’s most popular merchandise. 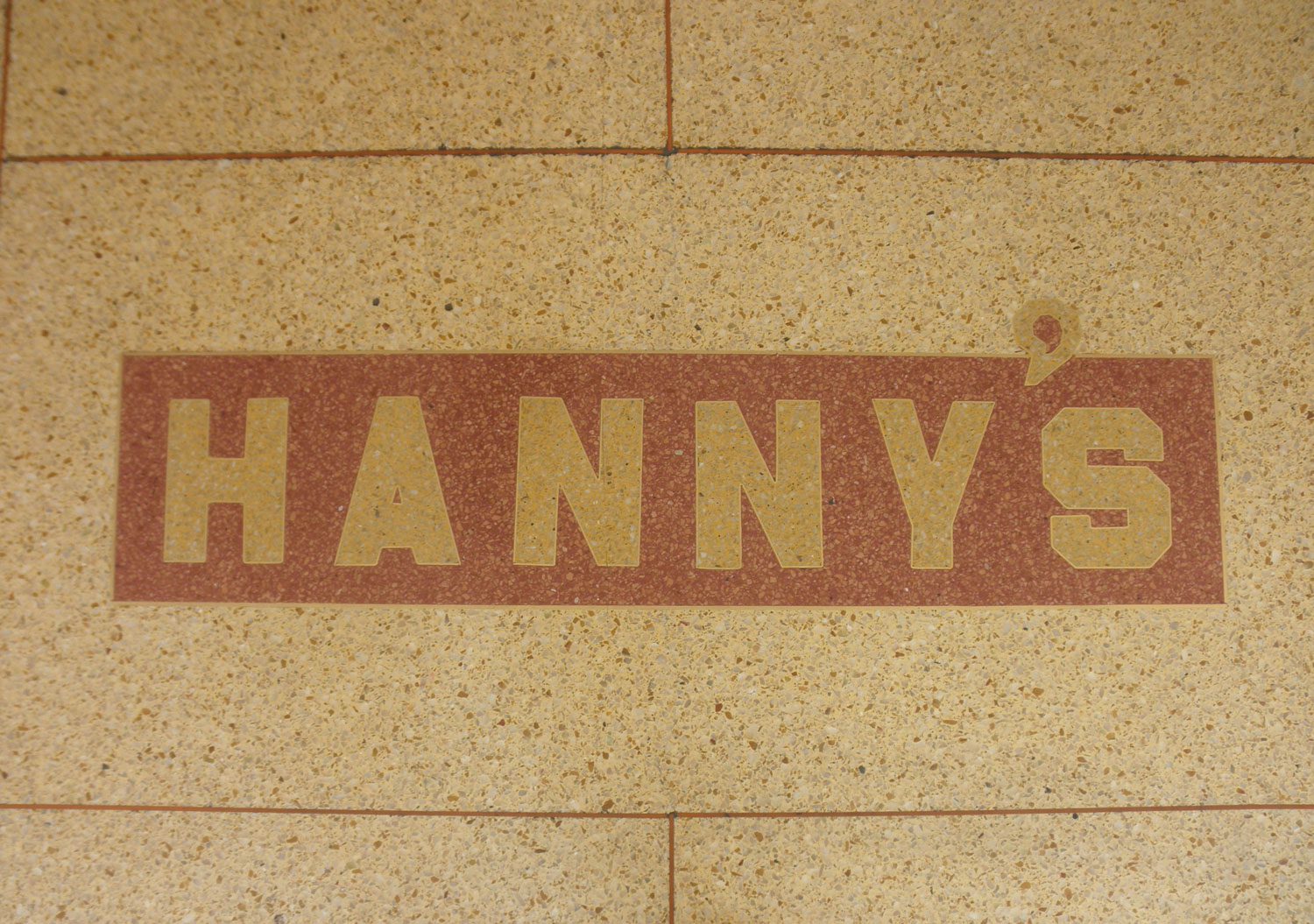 An outstanding example of these architectural entry features in Downtown Phoenix is Hanny’s, an International Style building located at the southwest corner of Adams and First streets that was built in 1947.

Designed by the Phoenix architectural firm of Lescher and Mahoney, the building featured contrasting rectilinear forms with curvilinear surfaces. Del Webb constructed the original structure, and Homes & Son built a third-floor addition in 1953.

“So advanced is ‘The Hanny’s Store’ in every aspect of concept and construction, that it will wear its new look proudly and gracefully for many years to come,” stated an article that announced the business opening in the Arizona Times newspaper. 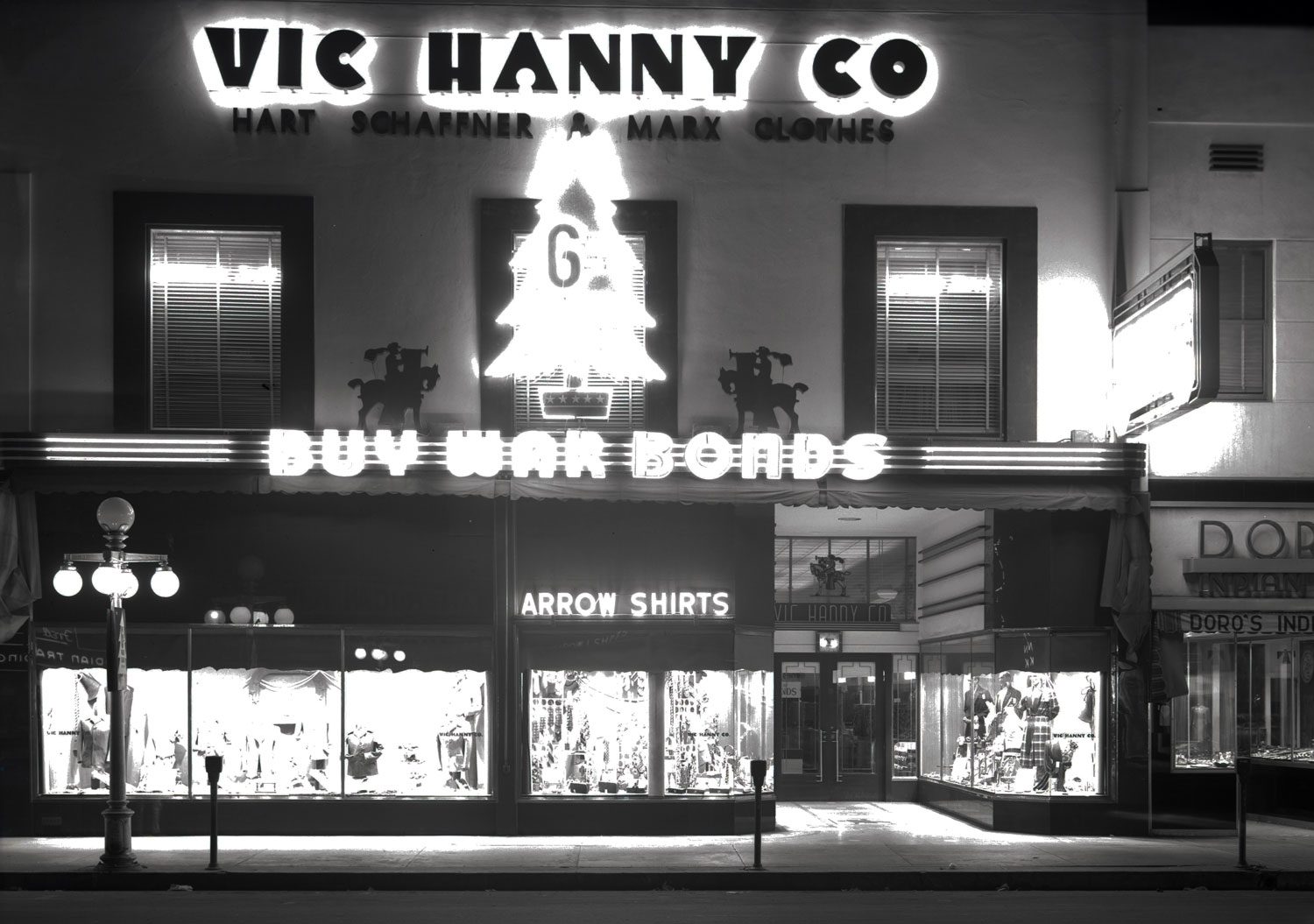 Terrazzo entryways such as Hanny’s helped turn pedestrians into patrons with their beautiful color combinations and classy ambiance. Embedded in the terrazzo floors were elements that might include the business initial, emblem, name, function, scenes and geometric patterns. Brass strips demarcated different floor sections, which also provided room for expansion and contraction. 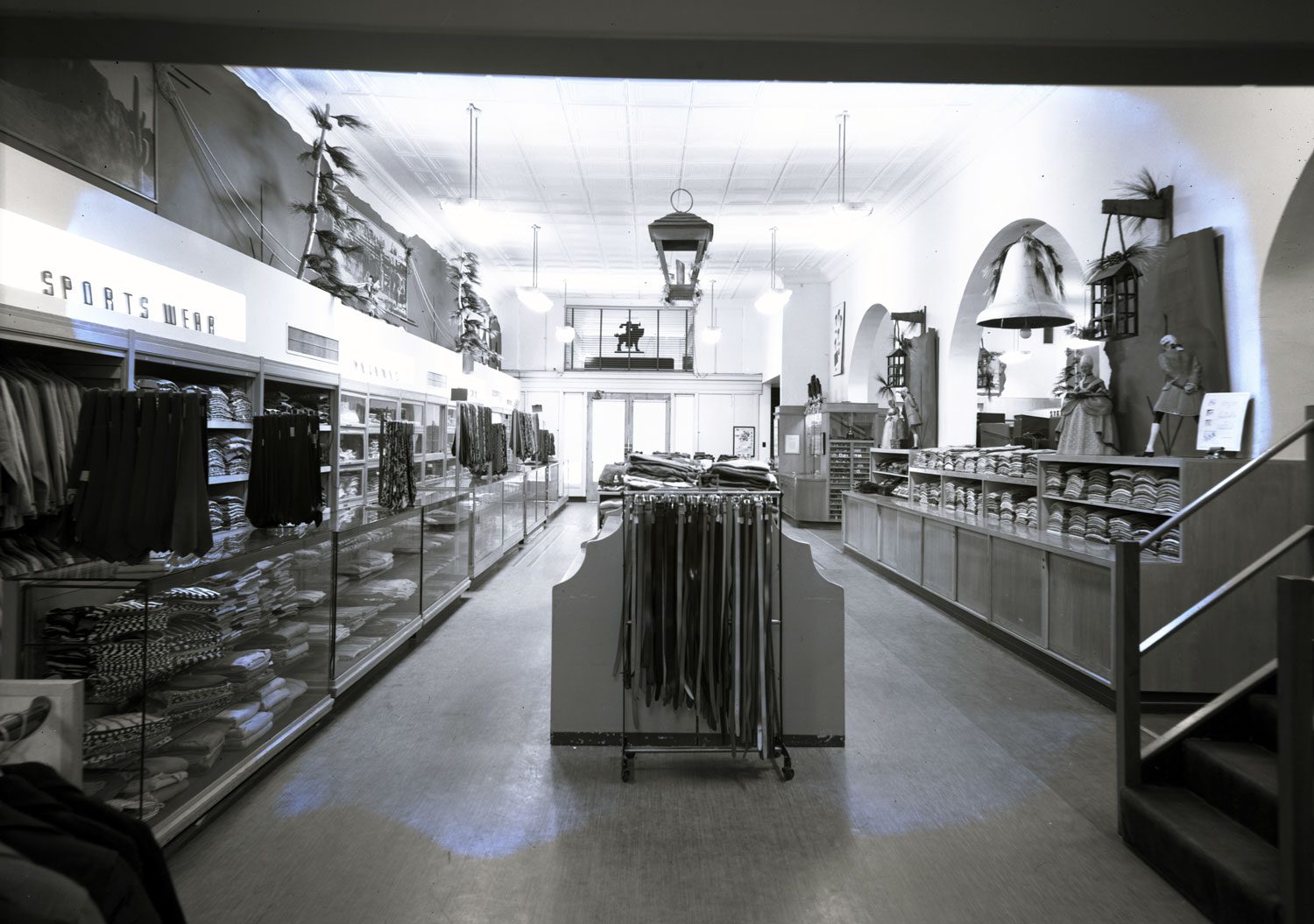 Terrazzo has long been used in construction. Made using otherwise discarded marble chips, in ancient times the pieces were bound together with clay and goat milk. Modern terrazzo entryways are created with cement and an aggregate of quartz and marble, then sanded and buffed. Terrazzo is practical for high-volume walkways as it’s durable and easy to clean, and it’s a “green” product because it utilizes waste products.

Proprietor Vic Hanny had initially opened his men’s department store at the site in 1912. Dubbed Phoenix’s “Stetson headquarters,” the business had an almost 75-year retail run, including 39 years in its new building, before closing its downtown store in 1986. 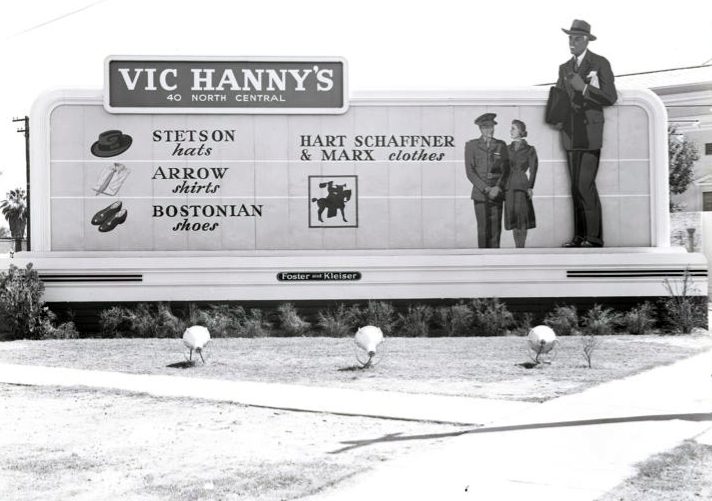 After sitting vacant, the building was eventually refurbished and reopened as a swank restaurant and nightspot in 2008. Much of the department store’s interior was left intact. Hanny’s new owner, Milwaukee restauranteur, Karl Kopp, retained the terrazzo entryways, which were featured on complimentary postcards provided to customers with their bills.

Many long-lasting terrazzo floor signs have, not surprisingly, outlived the businesses they advertised. But a few lucky survivors such as Hanny’s have been adaptively reused along with their buildings.

So, when gazing up at some of Arizona’s historic buildings, don’t forget to look down. You might find yourself standing on a stunning terrazzo floor that skilled artisans from an earlier era created. And after all these years, it’s still the perfect complement to elegant evening footwear.