The Adams: A Downtown Hotel With a 125-Year Legacy 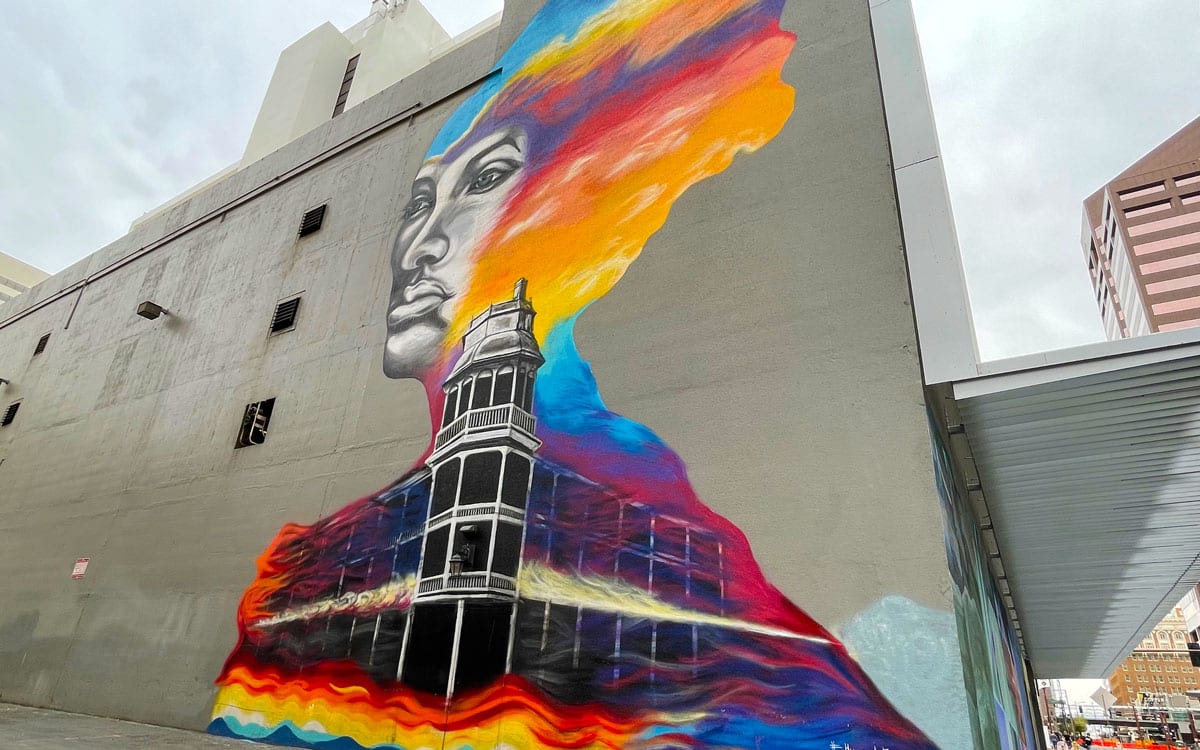 Located on the north wall of the Renaissance Phoenix Downtown Hotel, this mural pays tribute to the hotel’s legacy, which dates back to 1896 and was rebuilt twice. It also memorializes the life of a historic figure, Malinda “Malindy” Curtis, whose spirit is said to inhabit the alley to this day. She was reportedly the madam of an infamous nearby brothel, and lived quite a colorful life. (Photo: Fara Illich)

One downtown hotel best embodies the spirit of Phoenix, the city that sprouted from the ruins of the Hohokam civilization. The Hotel Adams has been destroyed twice, only to rise from its ashes at the northeast corner of Central Avenue and Adams Street.

To add to its mystique, the hostelry that is now appropriately named the Renaissance Phoenix Downtown Hotel retains a little-known portion of its previous incarnation. This secret space has been transformed into a swank setting known for its artisan cocktails. 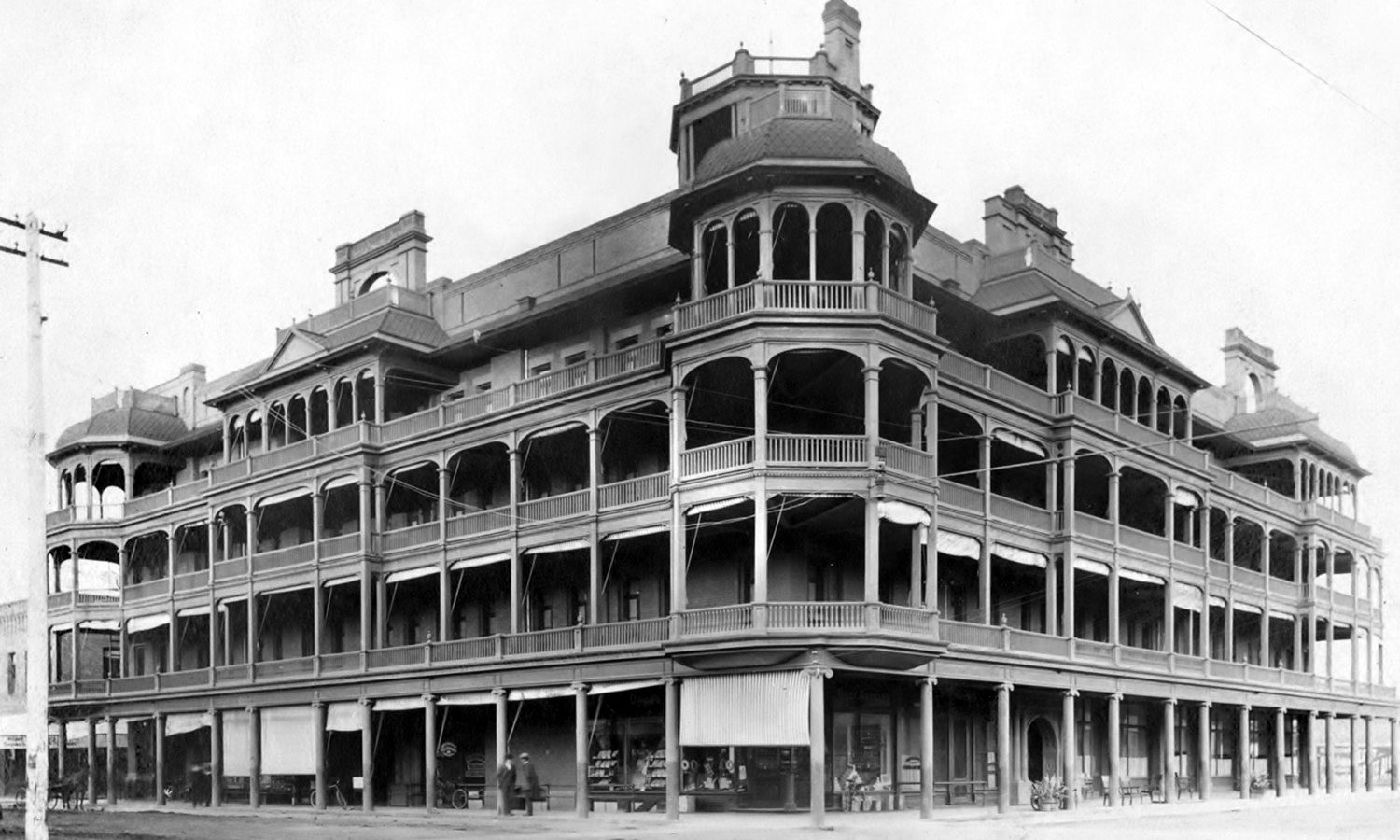 The original Adams Hotel was built in 1896 when Arizona was still a territory.

The hotel’s story dates back to 1894 when Arizona was still a territory. Phoenix was a city of only 5,000 residents when attorney J.C. Adams arrived from Chicago. Unimpressed by Phoenix’s rudimentary accommodations, he used his financial connections to build the city’s first luxury hotel.

The elegant Adams Hotel was a four-story, 200-room, wooden building that brought immediate respectability to the dusty frontier city. “It’s a handsome structure of complete equipment and lavish appointments,” proclaimed The Arizona Republican in 1896. 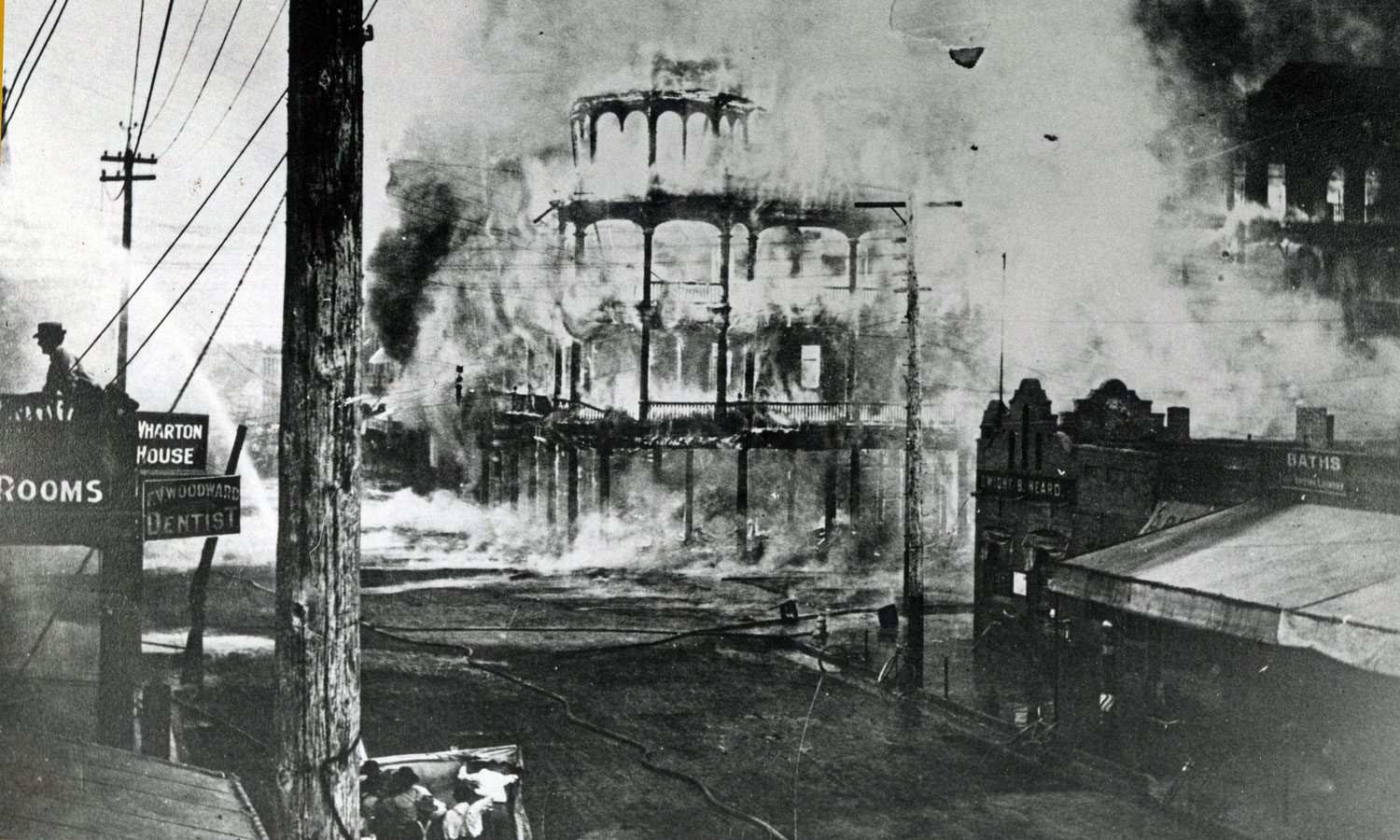 The Queen Anne-style building extended over the sidewalks to form a colonnade, while the top three floors had balconies. Many rooms included private bathrooms, an extravagance at the time. Fireplaces provided heating, and a primitive cooling system featured electric fans to blow air over 300-pound blocks of ice in the lobby.

The stylish hotel was the site of presidential visits, elegant social events, business meetings and political deals. In 1910, however, it was destroyed in a blaze, which was called the city’s most spectacular fire. 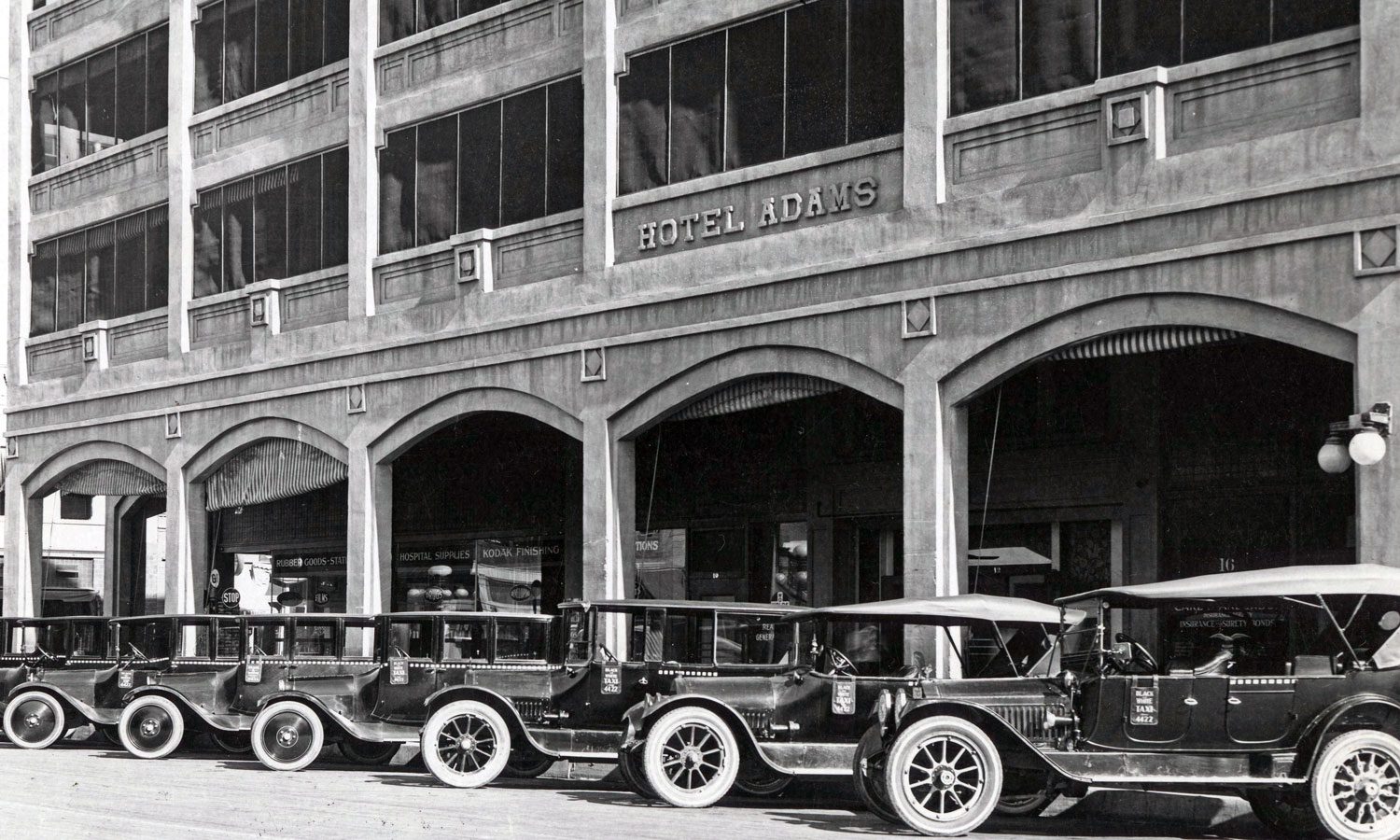 At the site, a five-story Mission Revival-style building was soon constructed of fireproof, reinforced concrete. Eighteen months after the fire, in time for the statehood celebration in 1912, the renamed Hotel Adams opened.

During World War II, the Hotel Adams instituted a rule that there was always to be an available room for a serviceman. When German prisoners of war escaped from their camp at Papago Park in 1944, one fugitive took a liberal interpretation of this policy. 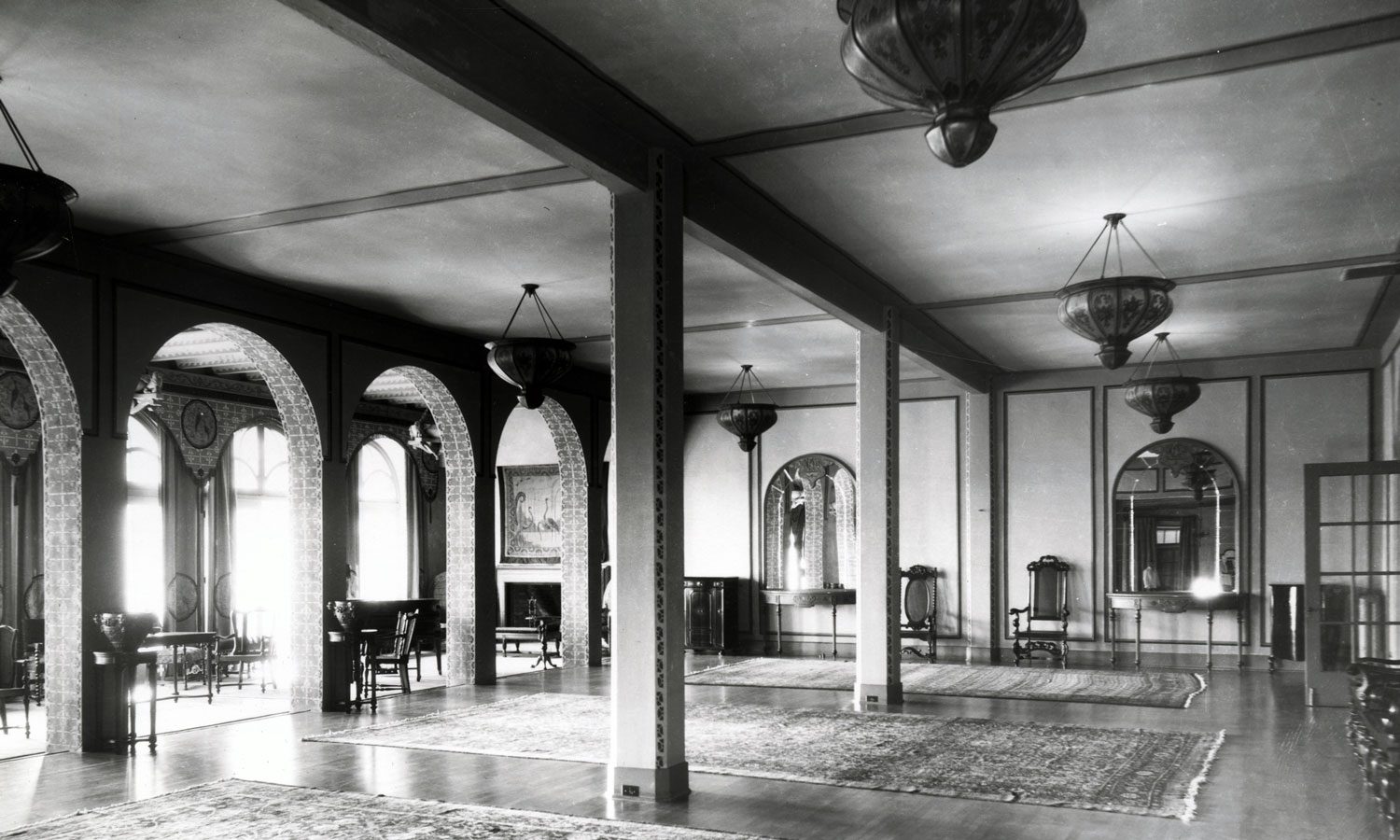 After the hotel burned to the ground in 1910, a five-story, Mission Revival-style building was constructed of fireproof, reinforced concrete. It reopened in 1912 and, its lobby (pictured here in 1920) again became the city’s meeting place. (Photo: McCulloch Brothers Inc. / Arizona State University Libraries)

“He was apprehended after relaxing in the hotel lobby,” says Rhonda Benston-Showman, a longtime bartender at the hotel.

The hotel continued to be the place where politicians plotted Arizona’s future. “The Adams was as important a location for legislative business as was the State Capitol,” says Athia Hardt, press secretary for governors Babbitt and Mofford.

During the Cold War, the Hotel Adams touted itself as the Phoenix building “most able to withstand an atomic attack.” But downtown was on the decline, and the hotel’s popularity ebbed. 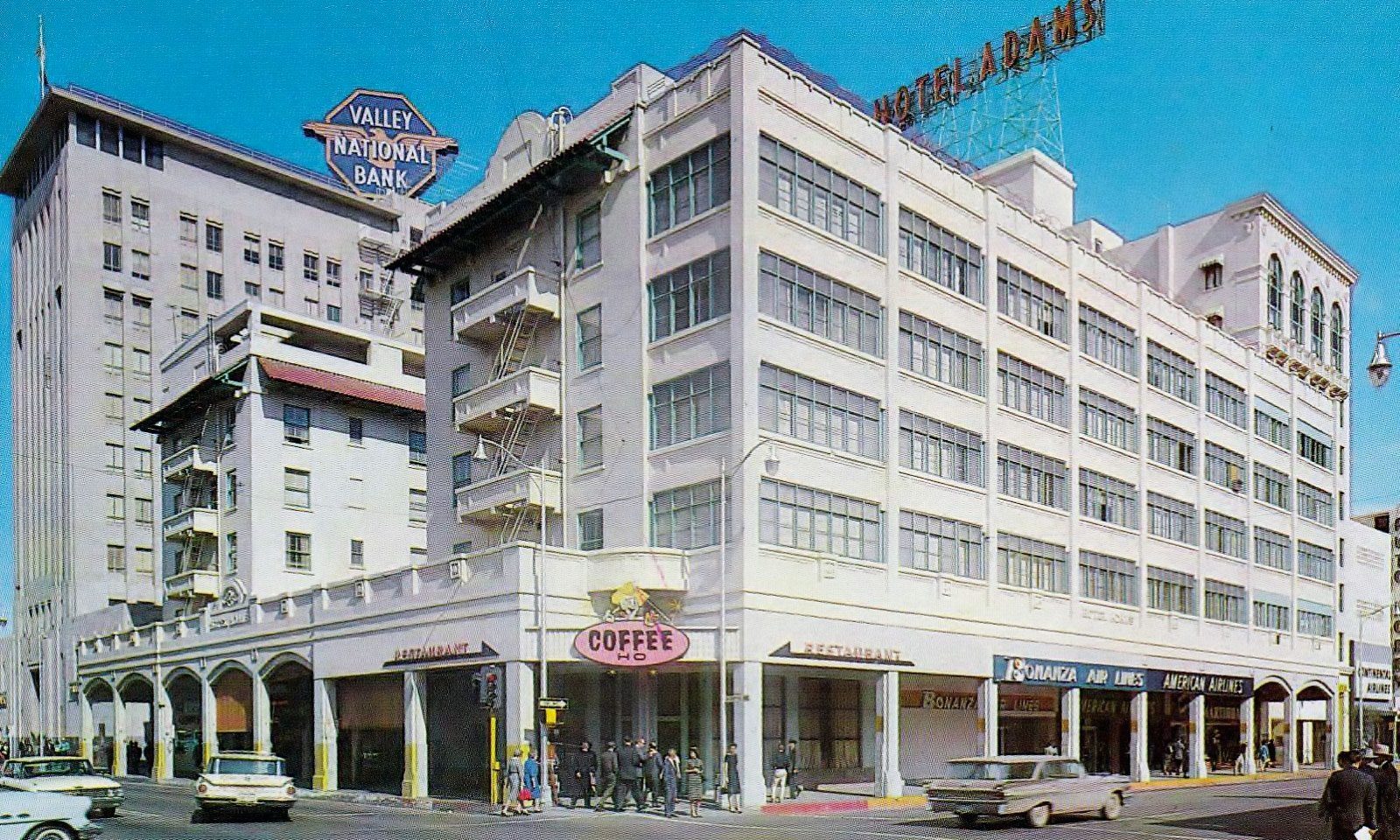 In 1973, the owners decided to raze the Hotel Adams and replace it with a modern hotel to support the new Civic Center.

A few years later, the 17-story, 538-room Adams Hotel opened on the site. Sometimes referred to as the “cheese grater” building, it is now called the Renaissance Phoenix Downtown Hotel. However, the hotel was built directly on the previous foundation.

Concrete walls poured in 1910 for the hotel’s first rebirth encompass a basement area. Today’s patrons descend stairs from the alley leading to Melinda’s Alley, a clandestine hangout noted for its rotating cocktail menu. There, guests are encouraged to toast the hotel’s remarkable 125-year legacy.