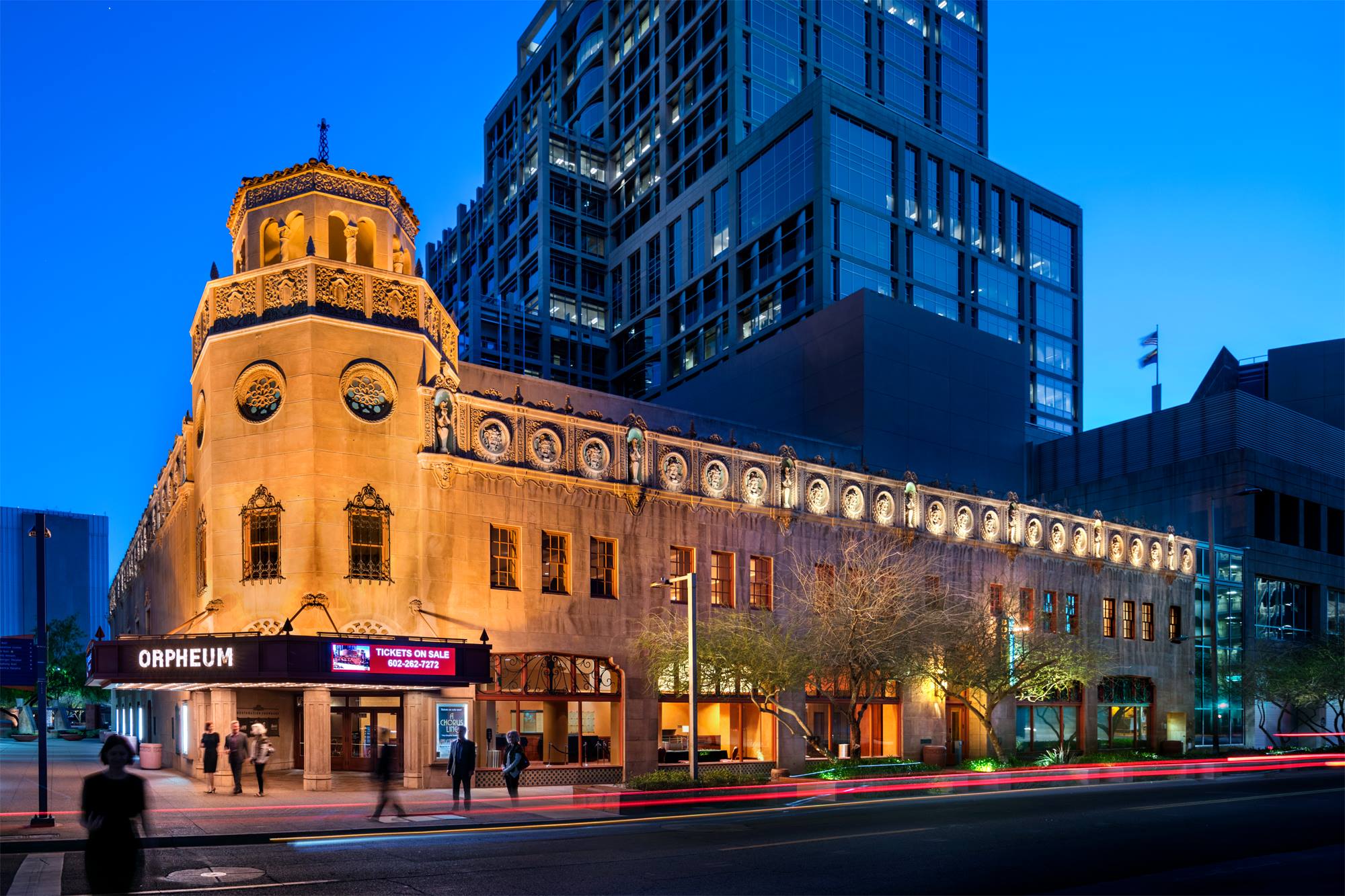 In a “streaming age,” where movies are available just about anytime, anywhere – including in the palm of your hand — the Orpheum Theatre is inviting film-lovers back into the theater.

With nothing quite like sitting under a silver screen, the Orpheum is a place “where history and technology collide,” according to Jacqueline Davis, marketing and communications manager for the Orpheum, Phoenix Convention Center and Symphony Hall.

“Guests get to enjoy classic films at a 93-year-old historical venue, inside of an audience chamber that creates an illusion of sitting in a Spanish villa, with a state-of-the-art sound system,” Davis said. “Nothing in the Valley can top this experience.”

Equipped with new, state-of-the-art projection and sound equipment, Friends of the Orpheum Theatre, along with Downtown Phoenix Inc. and the City of Phoenix, are introducing a new movie series at the historic theater, just in time for summer blockbuster season. 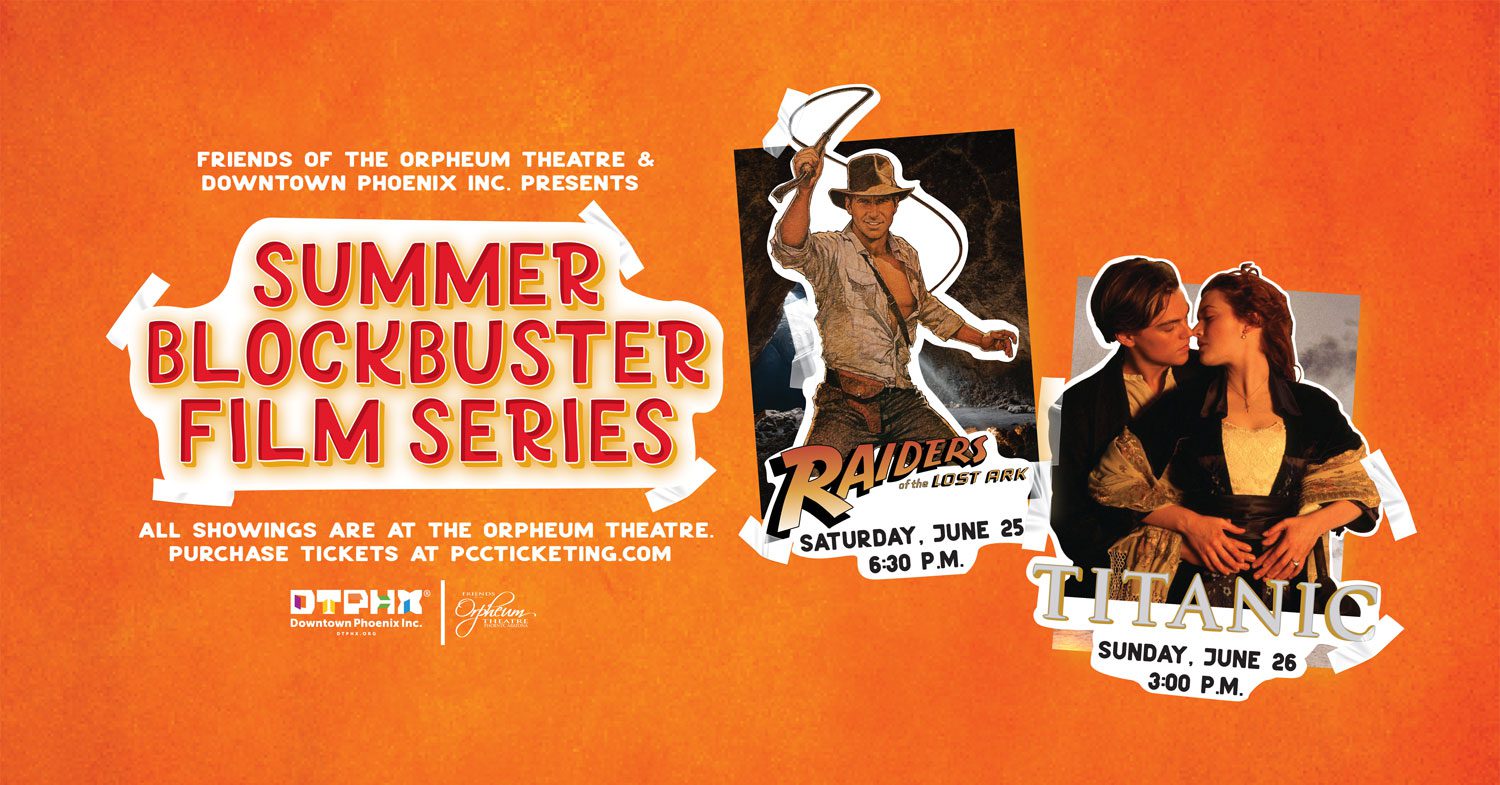 “For the first 40 years, 1929 to 1967, of its existence, the Orpheum/Paramount was primarily a movie theater,” said Ray Combe, a Friends of the Orpheum Theatre board member. “I joined the ‘Friends’ in 1994, when we moved to Phoenix, and have always wanted the theater to return to its roots.”

The City of Phoenix, which owns and operates the theater, upgraded the projection and sound system in 2020, a significant investment that made its re-transformation into a movie house possible.

In addition to motion pictures like The Classics: Film Series at Orpheum Theatre, which launched last year and is slated to return in the fall, the Orpheum hosts an eclectic mix of programming including national-touring Broadway productions, concerts, comedy shows, Spanish-language performances and much more. From large-scale ticketed productions to small, intimate gatherings, there’s a little something for everyone.

There’s also a lot to learn and discover. Now in its ninth decade, the Orpheum is included in the National Register of Historic Places, and feels like a journey through Phoenix history just by stepping through the doors.

Built in 1929 in the Spanish Revival style with Spanish Baroque architecture, the theater features intricate murals, moldings, grand staircases and a Mighty Wurlitzer Organ. After falling into disrepair in the ‘70s, the City of Phoenix purchased the Orpheum Theatre in 1984, and began a 12-year, $14 million restoration.

“The theater has history,” Combe said. “The beauty of the building, both inside and out, impresses all who visit. In today’s multiplex theater, the only thing that is impressive is usually the snack bar.”

You won’t find stale popcorn odor at the Orpheum, according to Jacqueline Davis with the City of Phoenix, just pure nostalgia, and hopefully “that feeling of experiencing something beautiful for the first time.”

Summer Blockbuster Film Series – click the links below for tickets

We know you have Instagram
#DTPHX
The N. Porter Saddle and Harness Company was famou

Expect an ever changing downtown skyline in the ne

The Classics are BACK! See familiar movies like yo

📢 GIVEAWAY CLOSED! 📢 Many of @phxmagazine Be