Community Voices: Together We Can End Homelessness in Arizona $25 at a Time 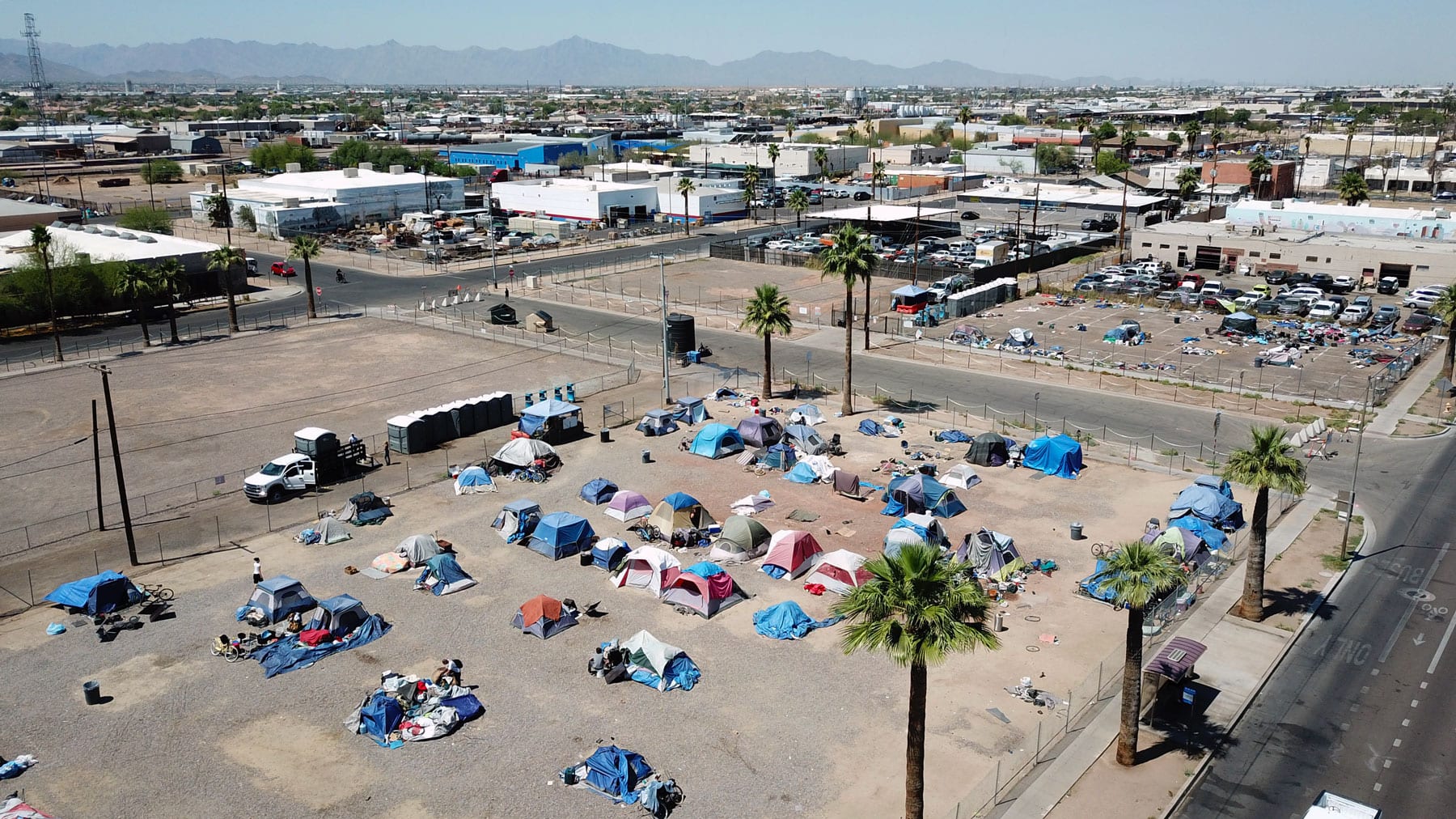 Nearly half of the 1,225 people experiencing homelessness in Downtown Phoenix were not staying in shelters during the 2020 Point-In-Time Homeless Count, a 107 percent increase from 2019. That means they were staying on streets, in tents, cars, or other areas not meant for human habitation. (Photo: Fara Illich, 2021)

About the author: Howard Epstein is a Phoenix-based executive for Bank of America, specializing in real estate assets and sales for over 30 years. He is board chairman of the nonprofit Arizona Housing Inc., and founded the Arizona Housing Fund in 2019.

Thousands of people in Arizona — many of them single-parent families with children, veterans, and the elderly — simply don’t make enough money to afford a permanent place to call home. With our state’s population skyrocketing, and rents keeping pace —  not to mention the detrimental impact of the pandemic on far too many households — things are getting worse, not better. I founded the Arizona Housing Fund in 2019 with the support of many of my colleagues, and the simple goal of raising money to build more affordable housing. And over the past year and a half, I have met, Zoomed, emailed, and spoken with dozens of companies and individuals across Arizona about the purpose of the Arizona Housing Fund and how they can get involved.

What has surprised me most is that so many of the people I meet with have no idea how bad the homelessness issue has gotten in our state. They don’t see it every day, and when they hear the numbers and learn that every night 7,000 -10,000 people in Arizona are sleeping in their cars, staying on friends’ sofas, or seeking shelter on the streets, they are shocked. Once they get past the shock, they are ready to jump in and support the cause. In fact, I haven’t had one person tell me they don’t want to get involved after learning about the need. It’s never a question of if. It’s simply figuring out the how. Fortunately, that part is pretty easy. 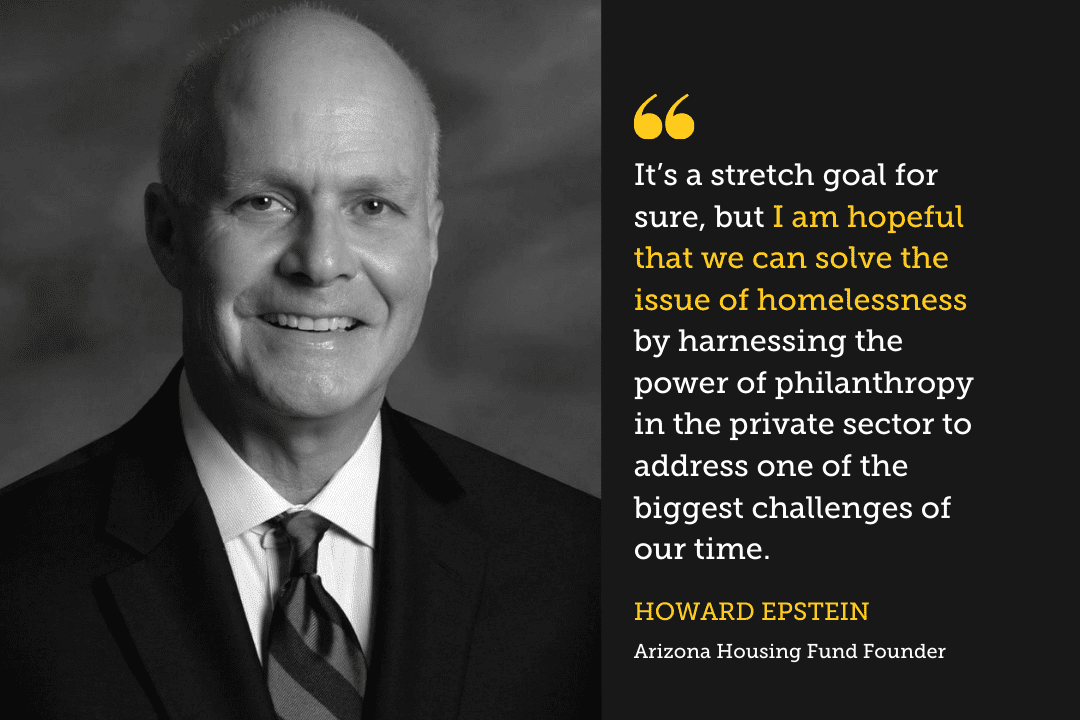 So how easy is it? We took a page out of the playbook of so many nonprofits and charitable organizations who have been raising significant sums of money for years, simply by asking people to round up or donate $1 at the cash register. The Arizona Housing Fund is set up the same way. We ask that when a home is sold, everyone involved in the process (real estate agents, home buyers, home sellers, the title company, escrow company, mortgage company) donates $25 or more to a fund that will be used to provide grants to established nonprofits who have a successful track record building and operating permanent, supportive housing communities. Anyone who has bought or sold a home knows that $25 is a pretty insignificant number compared to the amount of the entire transaction. So it’s easy to say yes. In fact, it feels great to say yes. A small amount multiplied has the potential to truly make a dent in the state’s shortage of more than 160,000 affordable homes.

And the spirit of goodwill is catching on. Homebuilders like Meritage Homes, residential real estate brokerages like North&Co., and title companies like Pioneer Title Agency are saying “Yes, you can count on us to donate every time we sell a home!”

According to Zonda, a company that tracks national housing data, there were 175,382 sales of existing homes in Arizona, and 27,807 sales of new homes in 2020. If every one of these sales generated just one $25 donation, we would raise $5 million in a year. If we keep that up, in ten years, we’ll have $50 million… and in 20 years, $100 million. It’s a stretch goal for sure, but I am hopeful that we can solve the issue of homelessness by harnessing the power of philanthropy in the private sector to address one of the biggest challenges of our time. 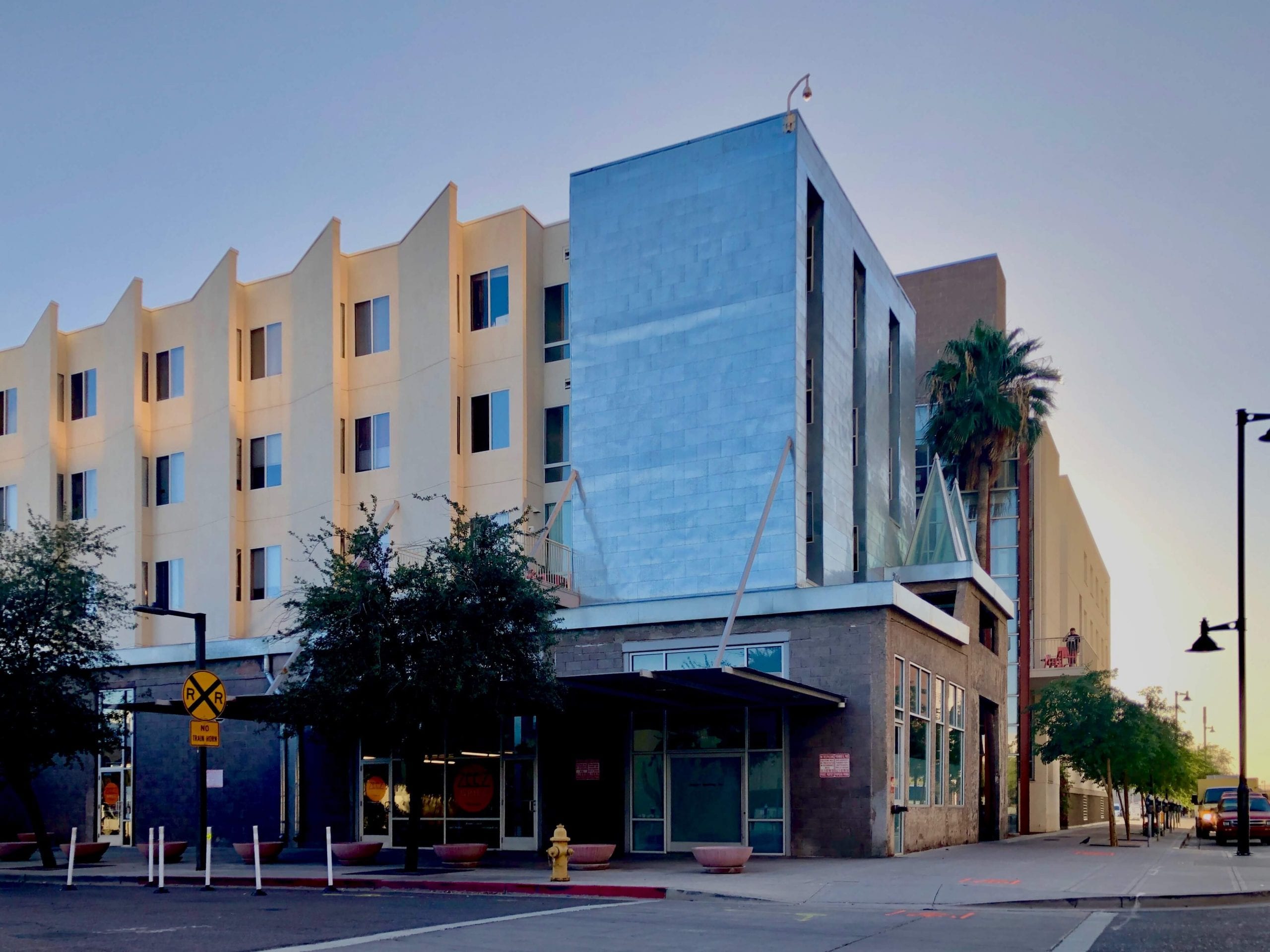 The founder of the Arizona Housing Fund, Howard Epstein, currently serves as the board president of Arizona Housing Inc., a local nonprofit that owns and operates 600 affordable housing units in Phoenix, including this one in downtown at 209 W. Jackson Street. (Photo: Fara Illich)

Beyond the Escrow Donation Program, anyone can simply make a donation to the Arizona Housing Fund, which is housed at Arizona Community Foundation. And every cent of every dollar will go directly to funding more affordable housing.

So far, we have raised over $600,000, and we expect to announce the grant application process later this year. I invite anyone interested in partnering with the Arizona Housing Fund to visit arizonahousingfund.org and follow us on Instagram, Facebook, Twitter and LinkedIn. If the private sector can find a way to fix this problem, we can ensure a safer, healthier community by making sure everyone can afford a place to call home.

About this series: Led by Phoenix Community Alliance — Community Voices is a series about the impact of homelessness in Downtown Phoenix, and commonly-held myths, stereotypes and misperceptions of the issue.