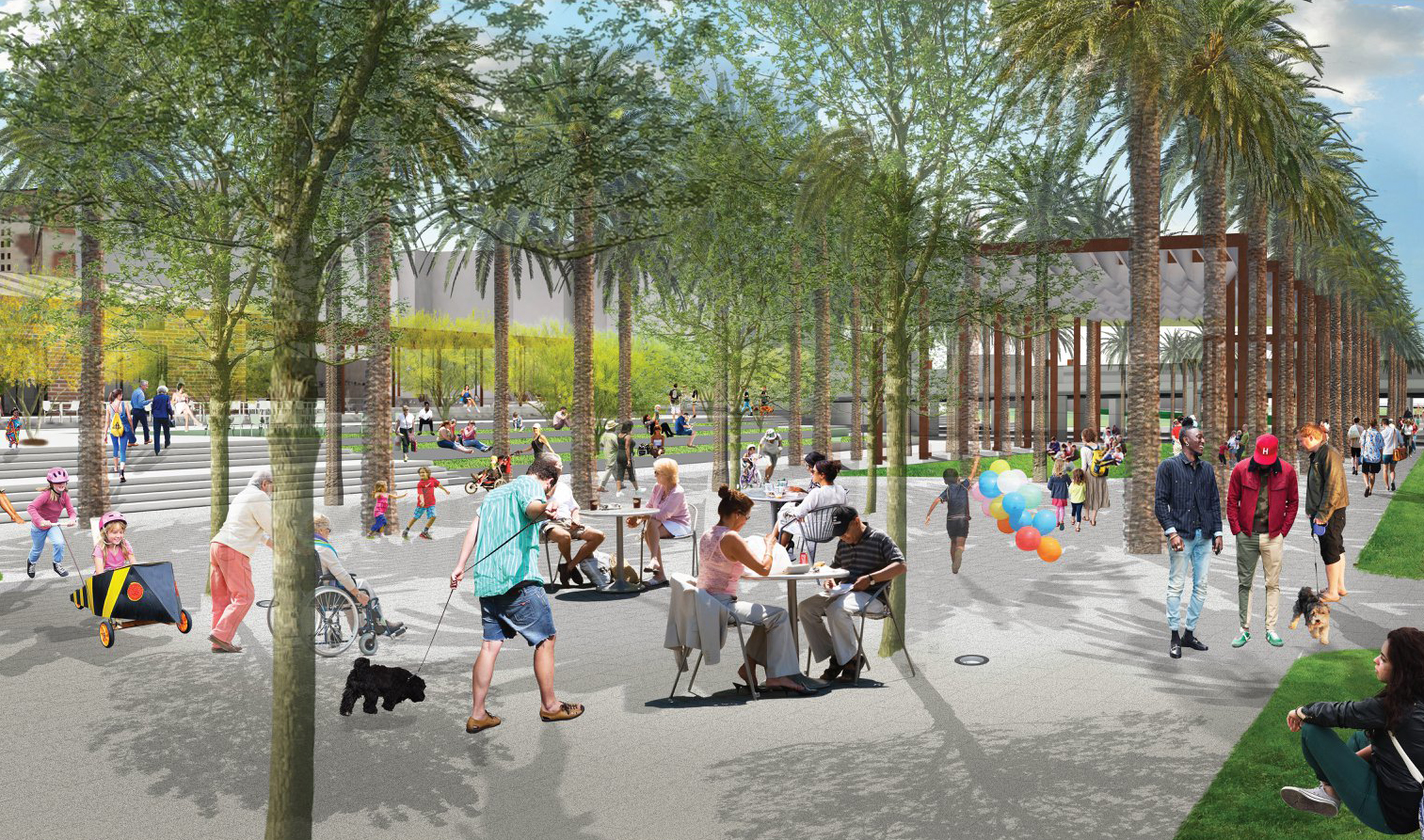 With a price tag of $100 million, the revitalization of Hance Park signifies a major investment in the future of Downtown Phoenix – and Phoenix Community Alliance (PCA) and Hance Park Conservancy have stepped in to lead fundraising efforts.

In partnership with the Phoenix Parks and Recreation Department, the three organizations envision a world-class, signature destination that incorporates cultural amenities, entertainment and green space.

Built atop the Interstate 10 tunnel and commonly referred to as deck park — Hance Park is home to annual events like McDowell Mountain Music Festival, the St. Patrick’s Day Faire, Chinese Culture and Cuisine Festival and many others.

But according to a survey by Arizona State University, many Phoenix residents don’t even know where it is.

To solve this, the revitalization plan calls for smaller, interconnected features that will draw people into the 32.5-acre park on a daily basis, while still allowing for large-scale events.

When the park is finished, it could have a $6.6 billion impact over a 30-year period, according to an analysis conducted by the Hance Park Partner Coalition. 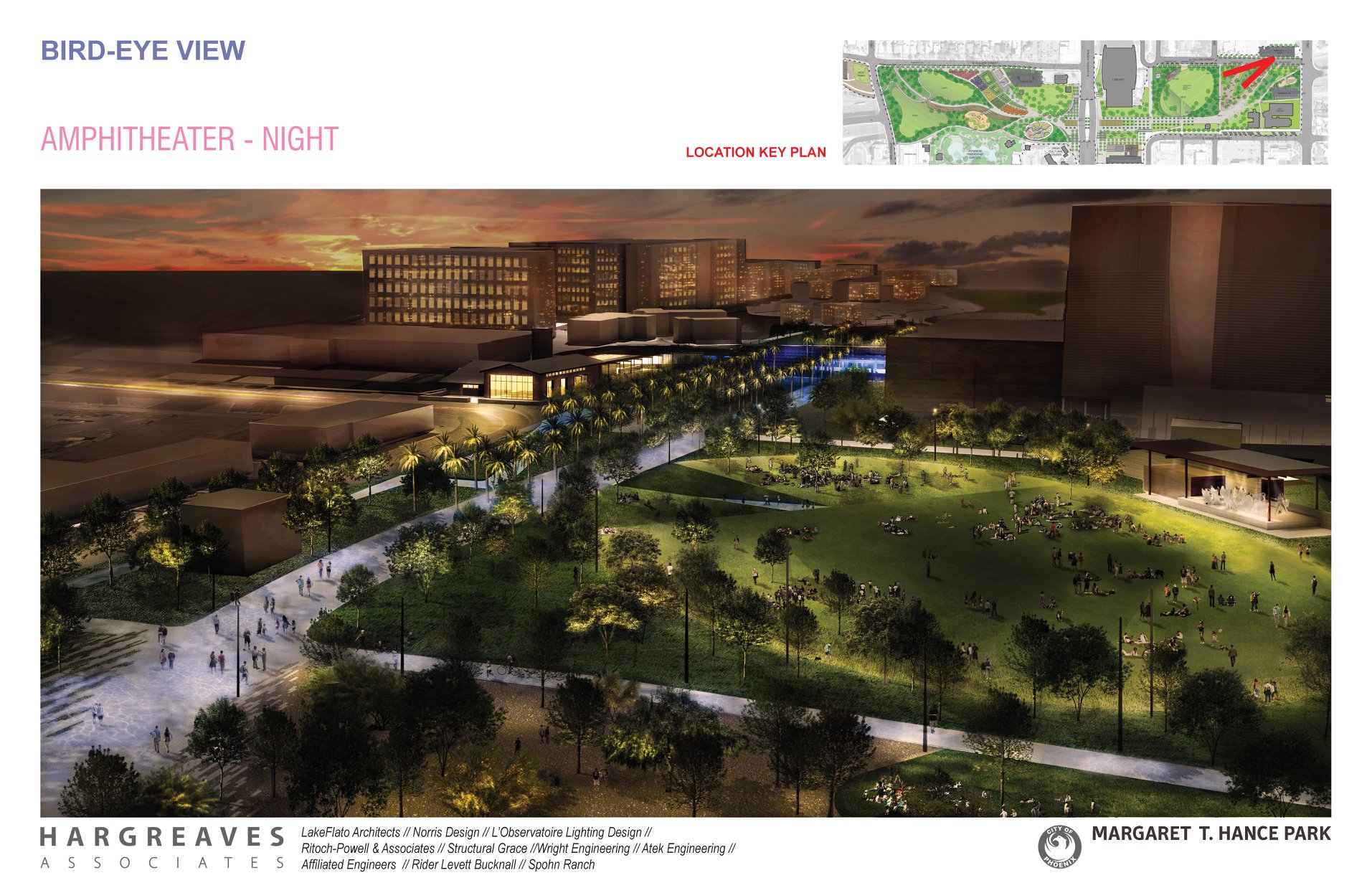 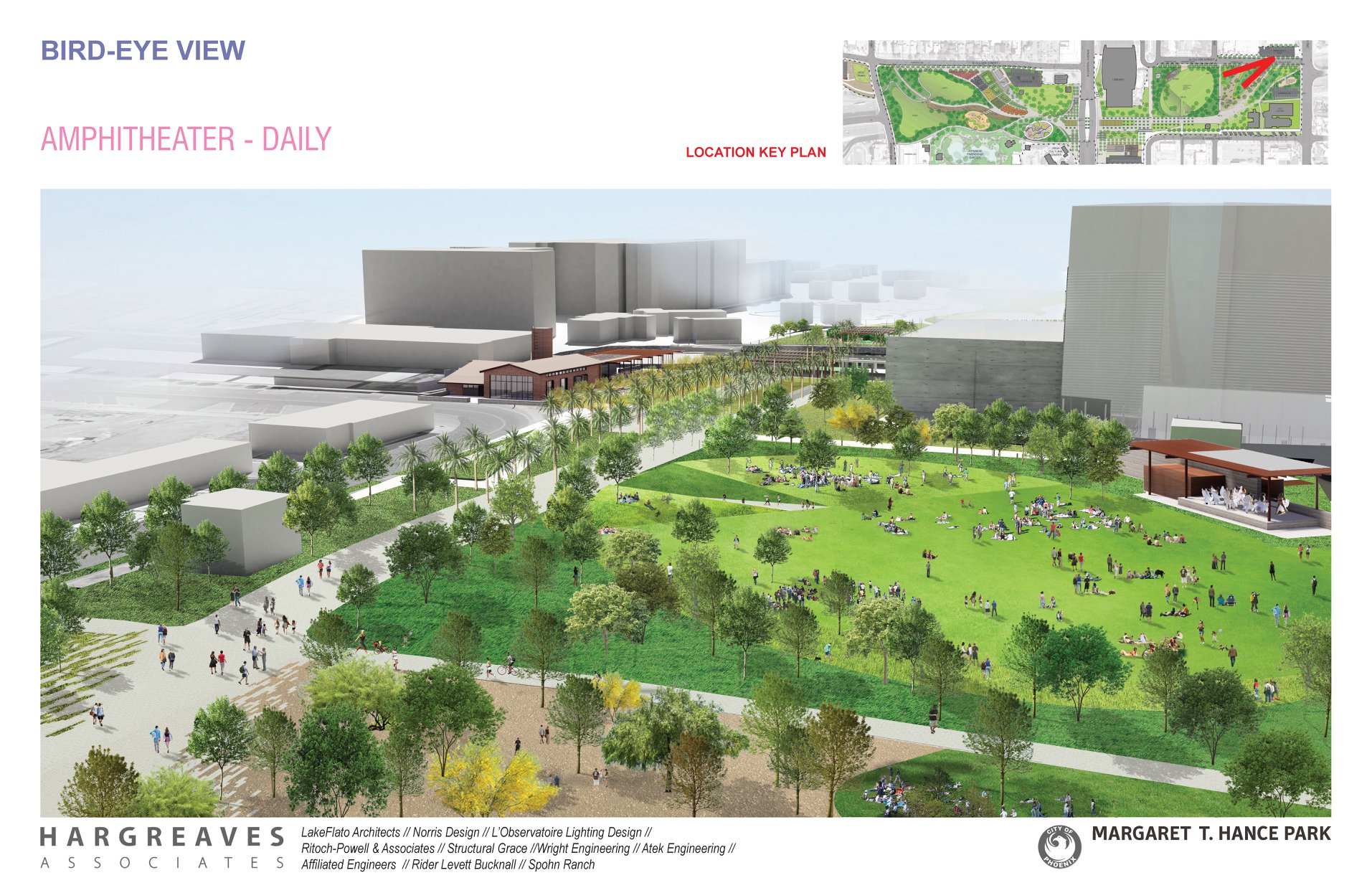 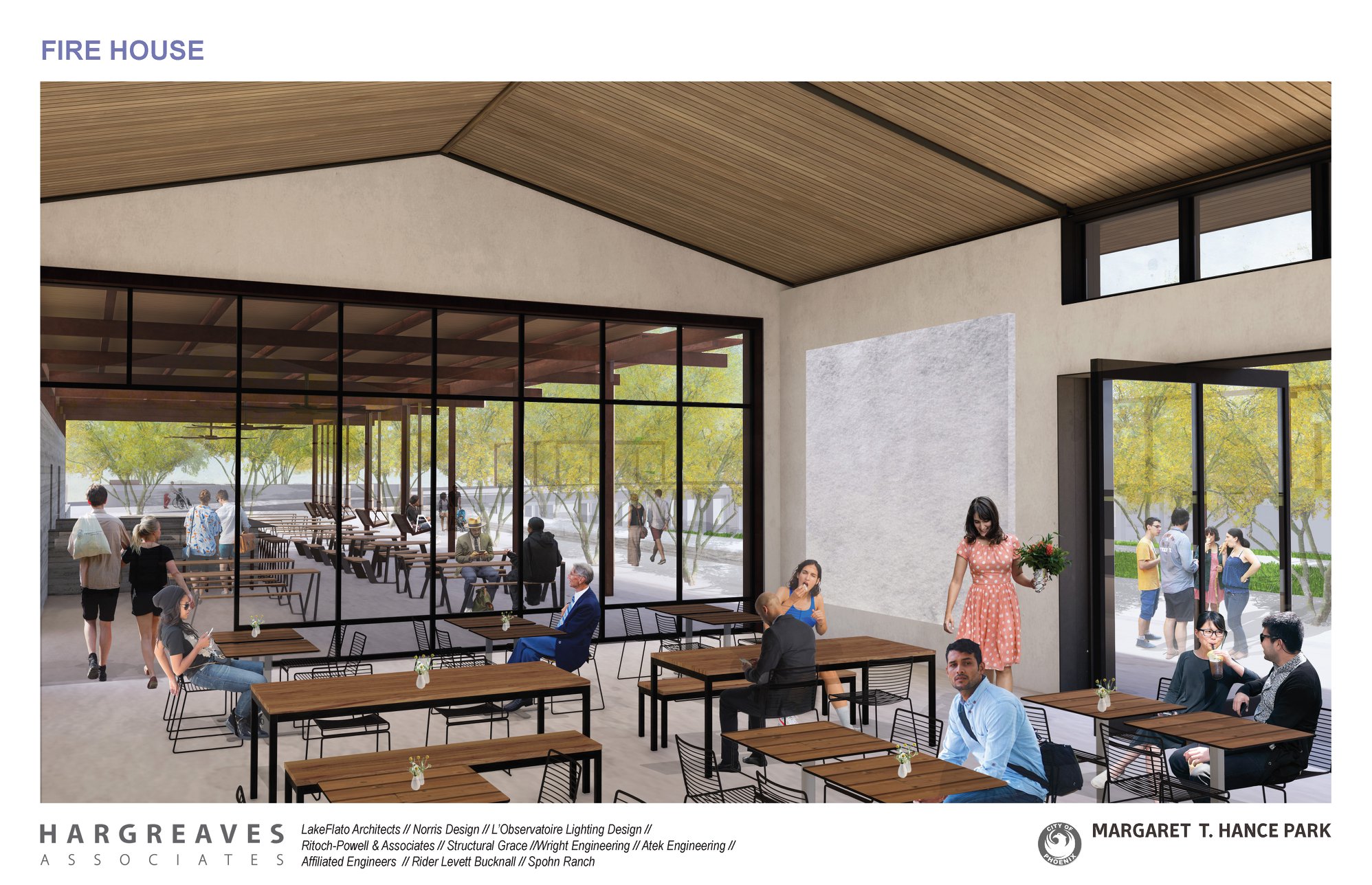 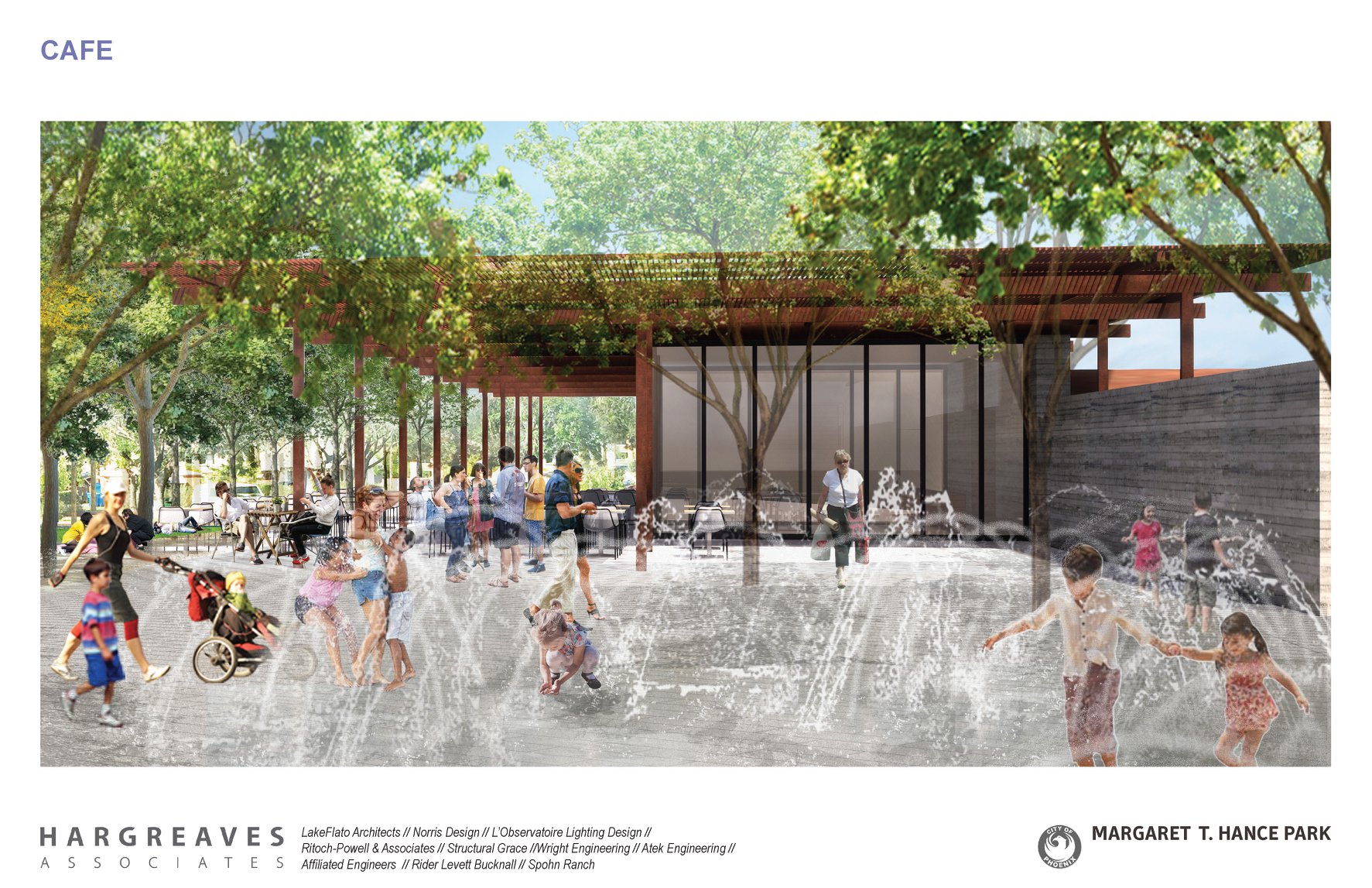 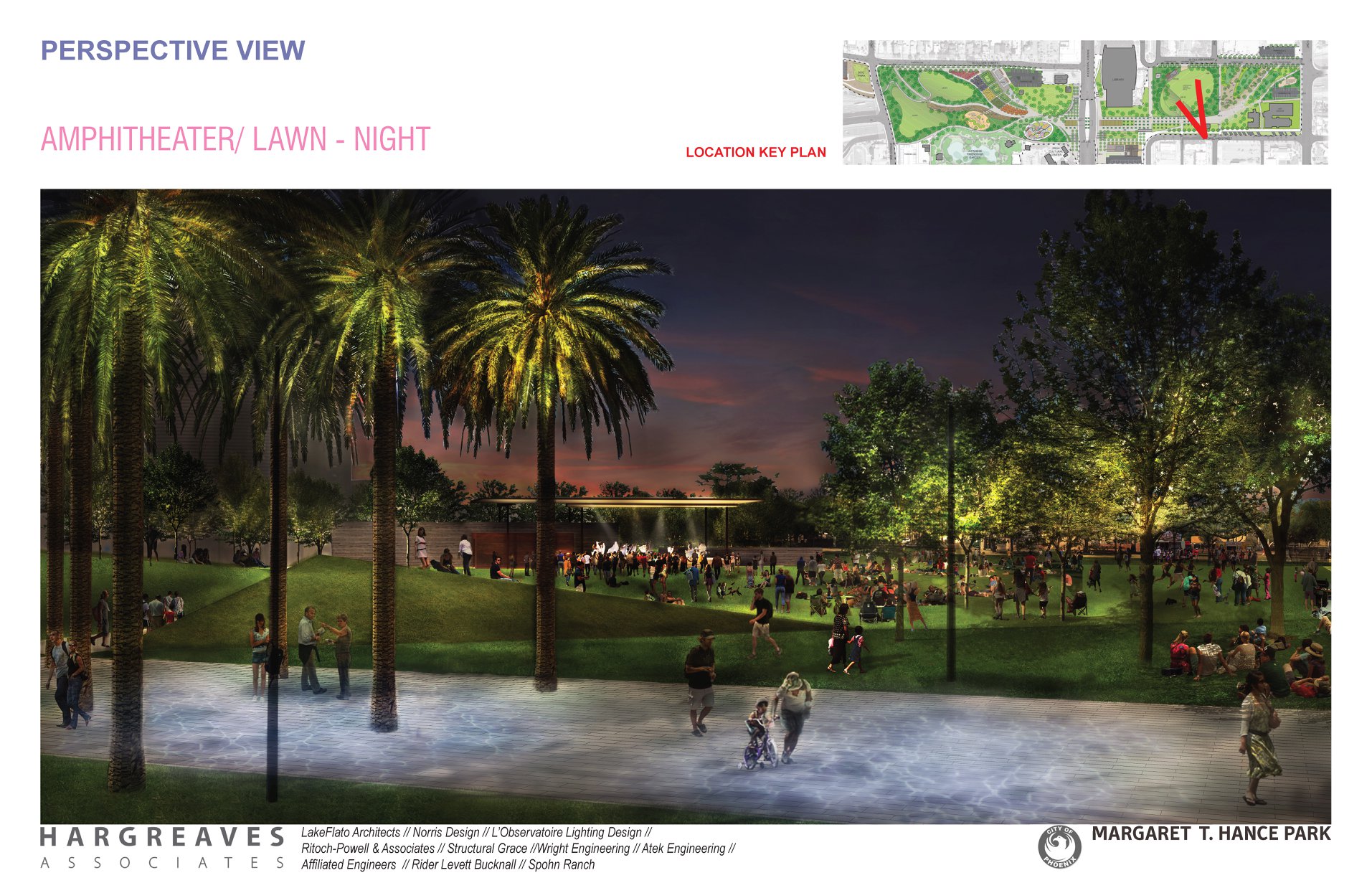 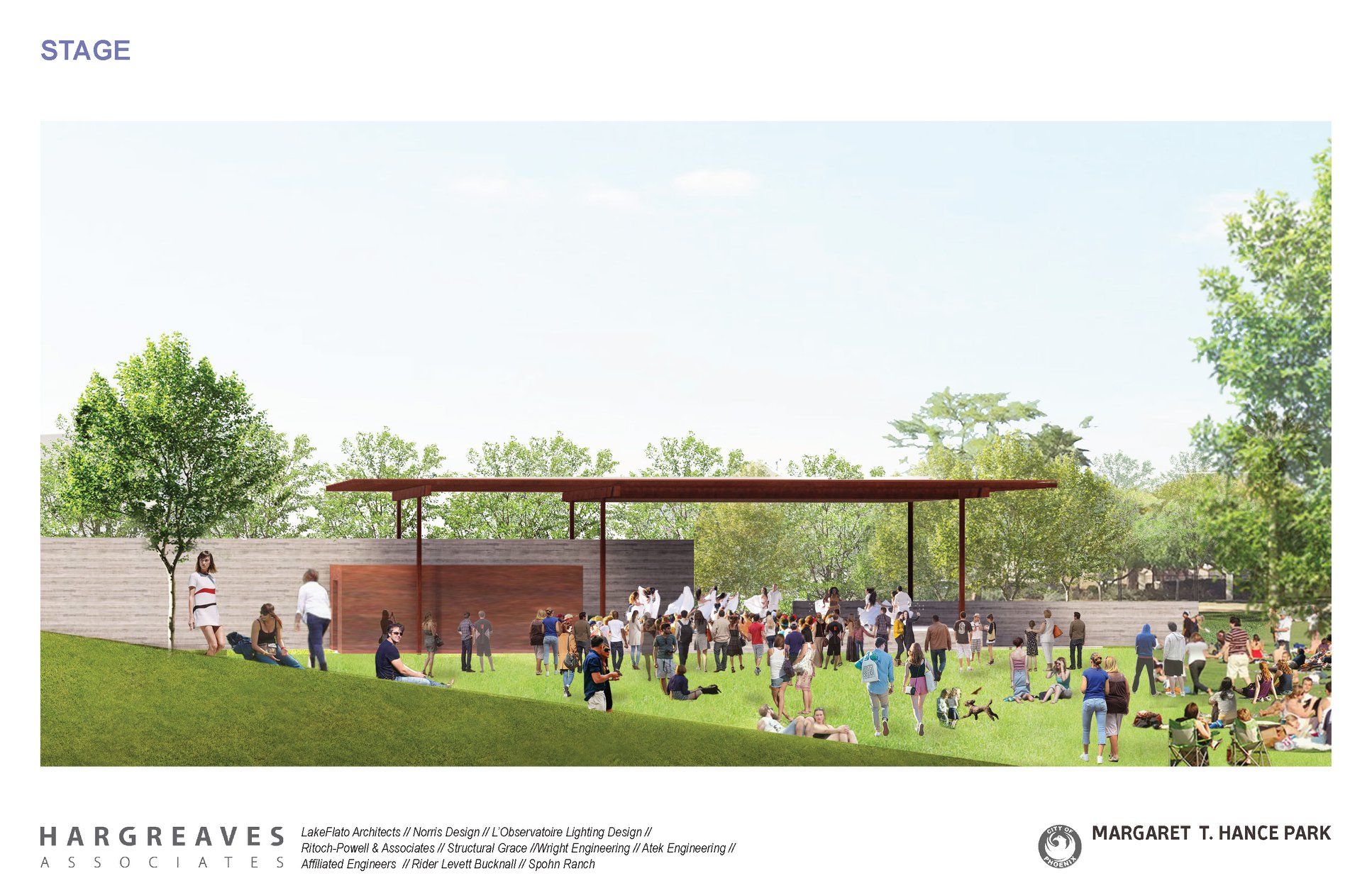 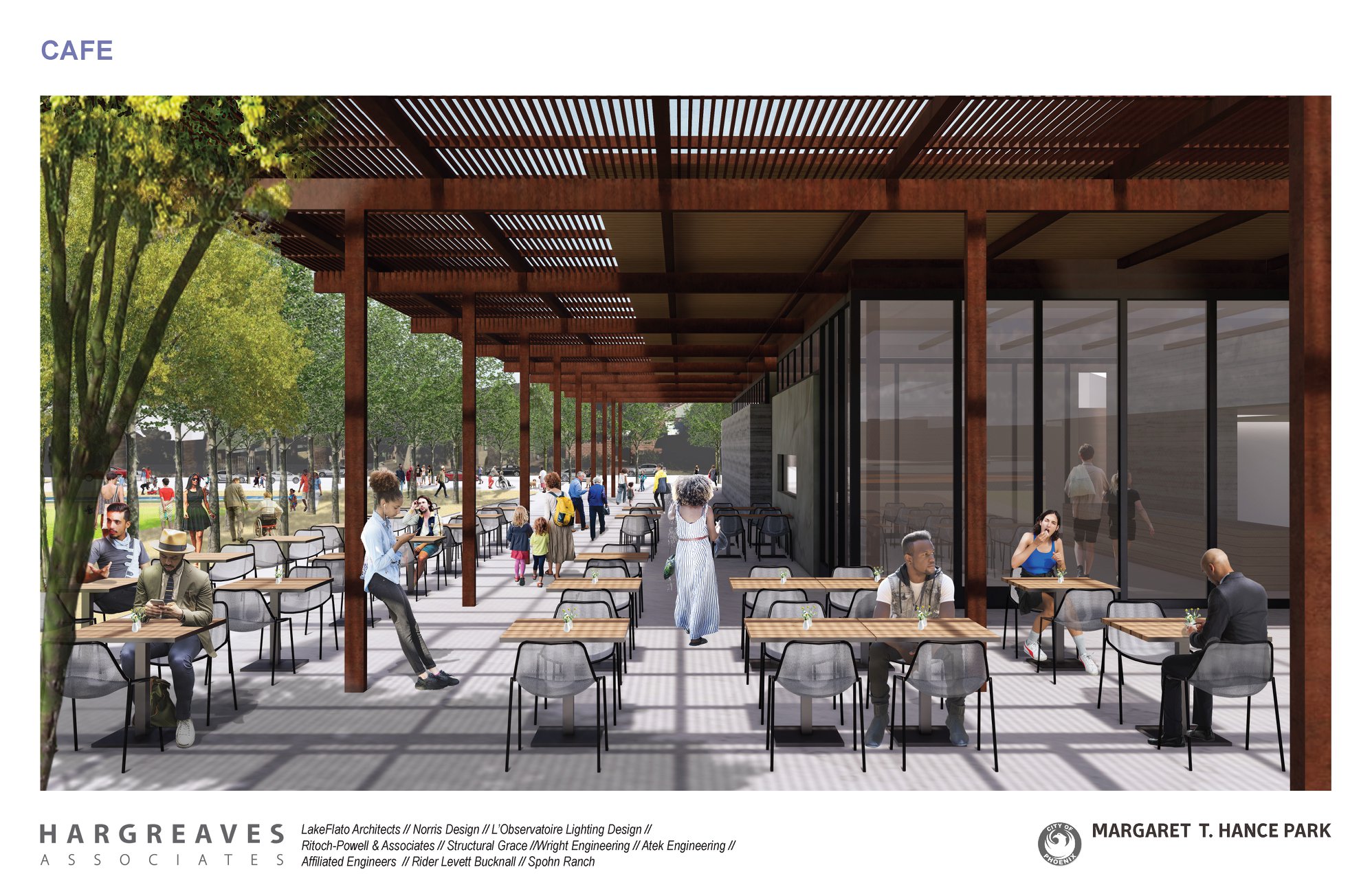 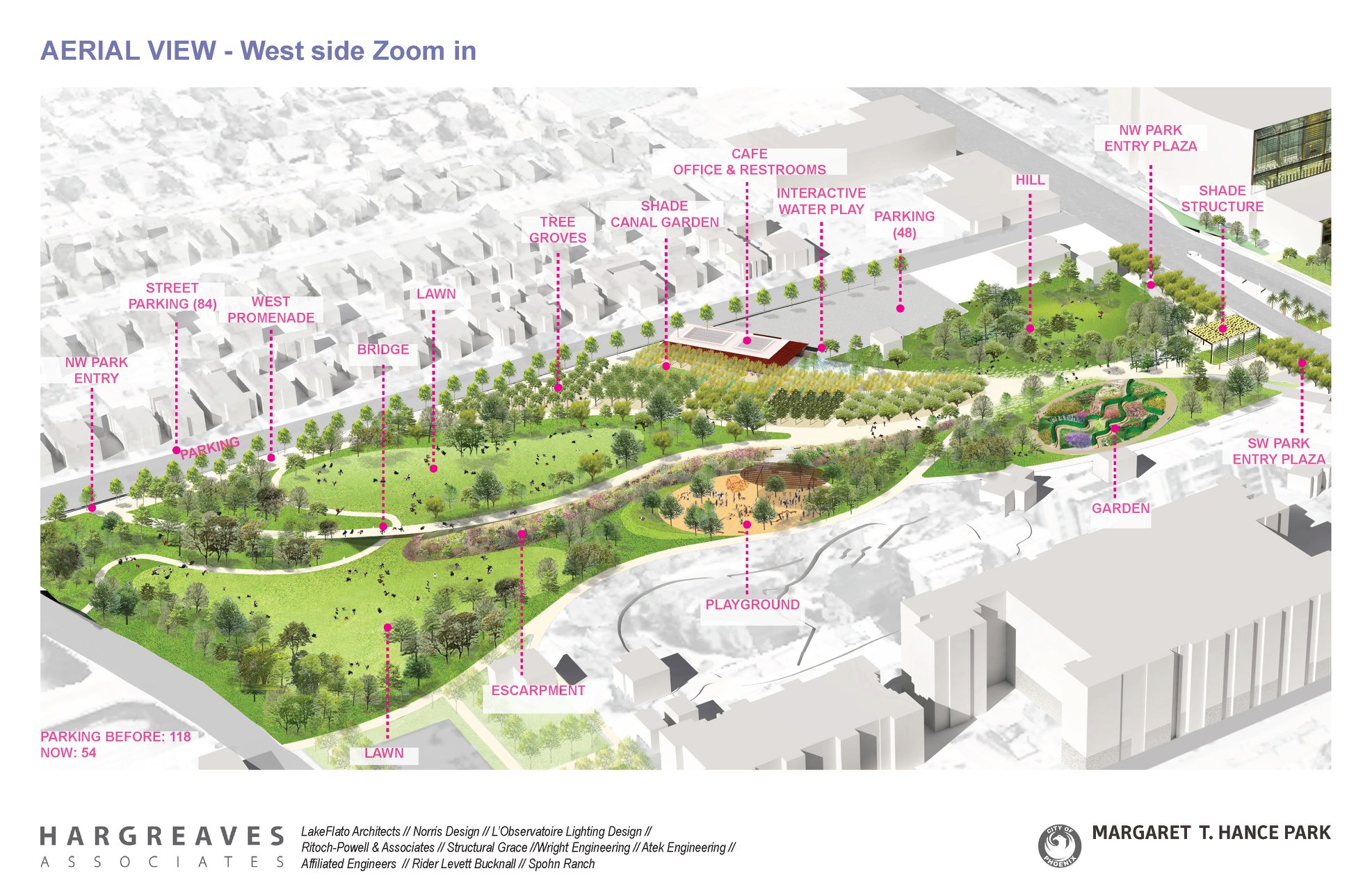 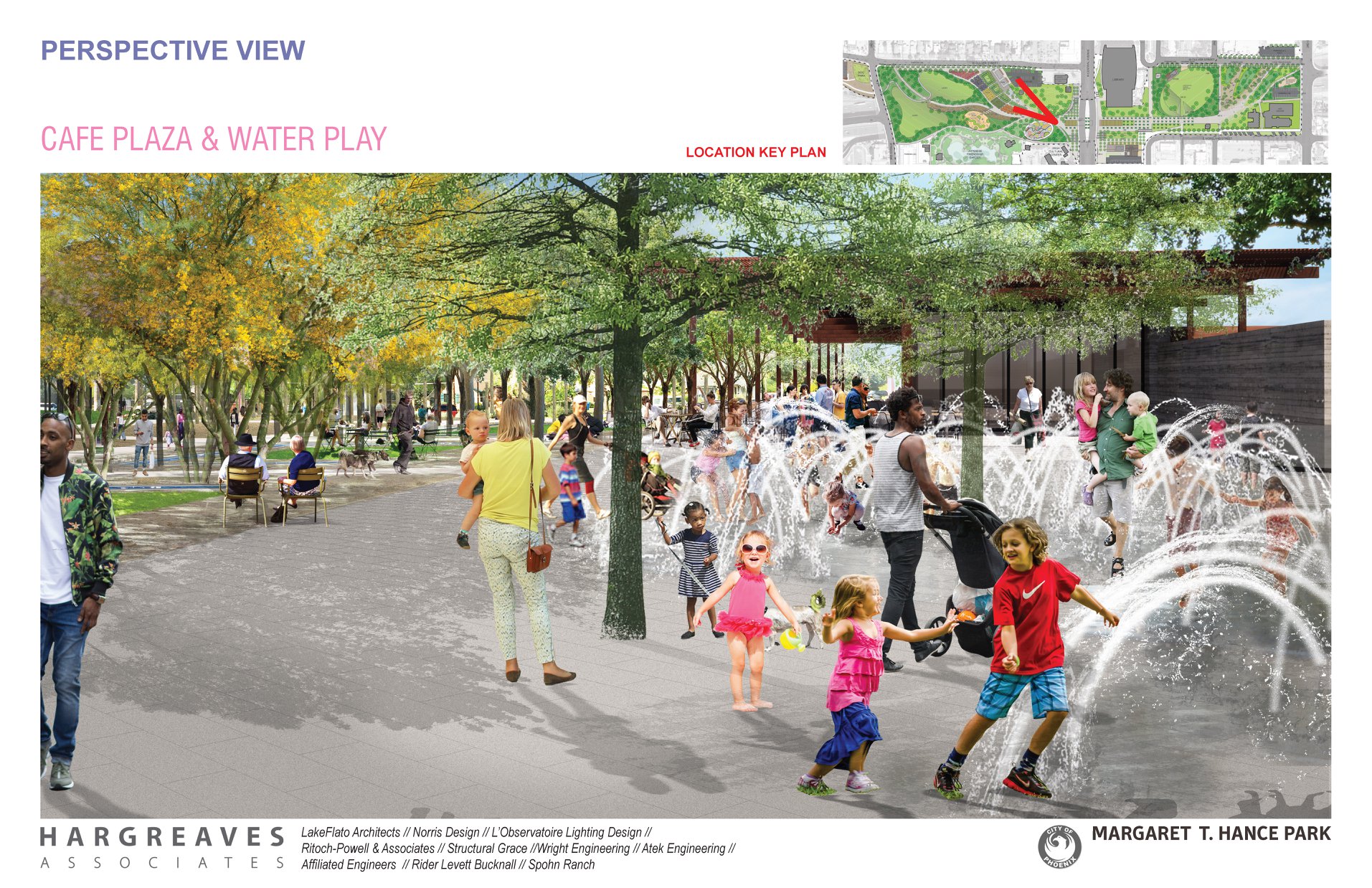 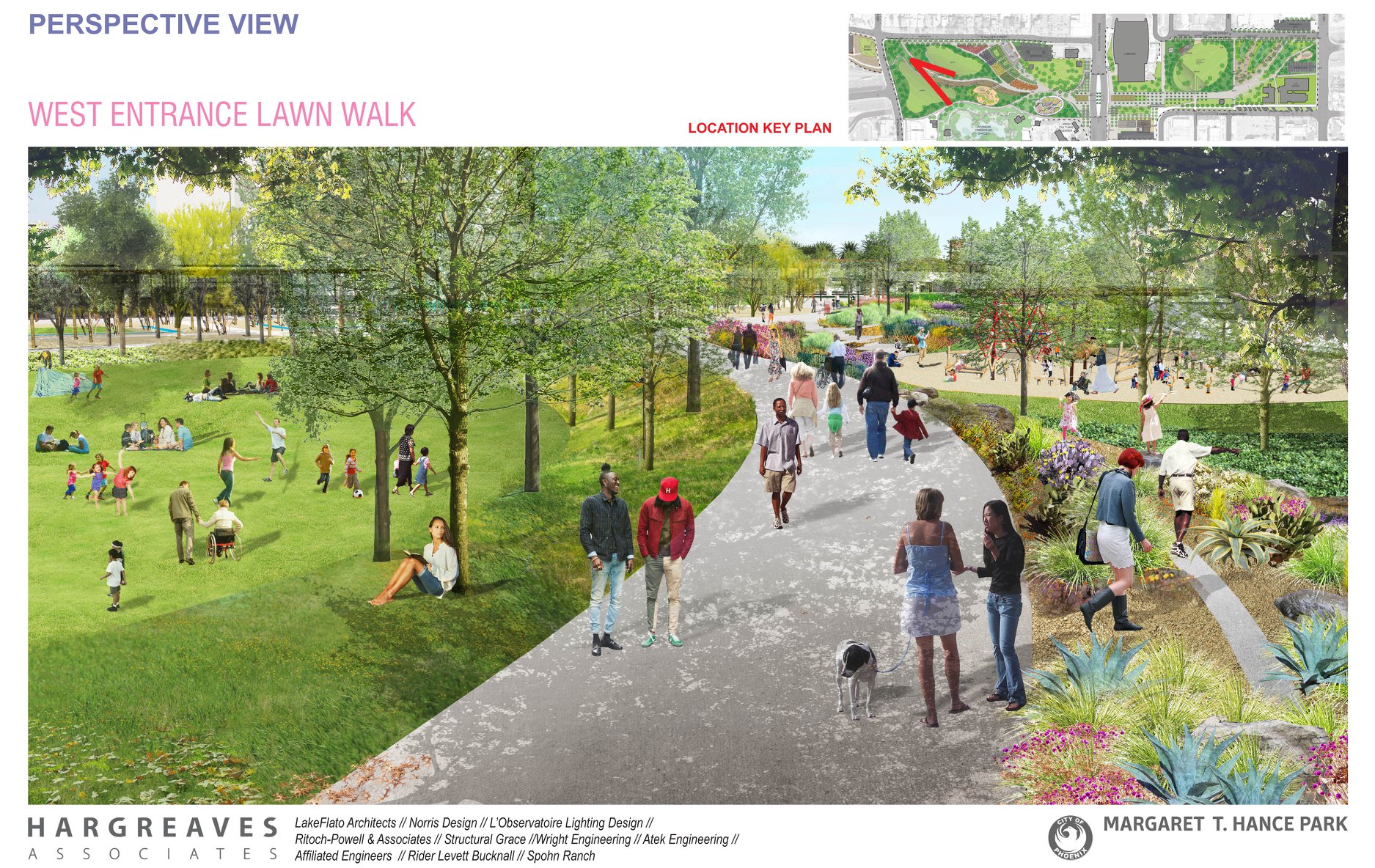 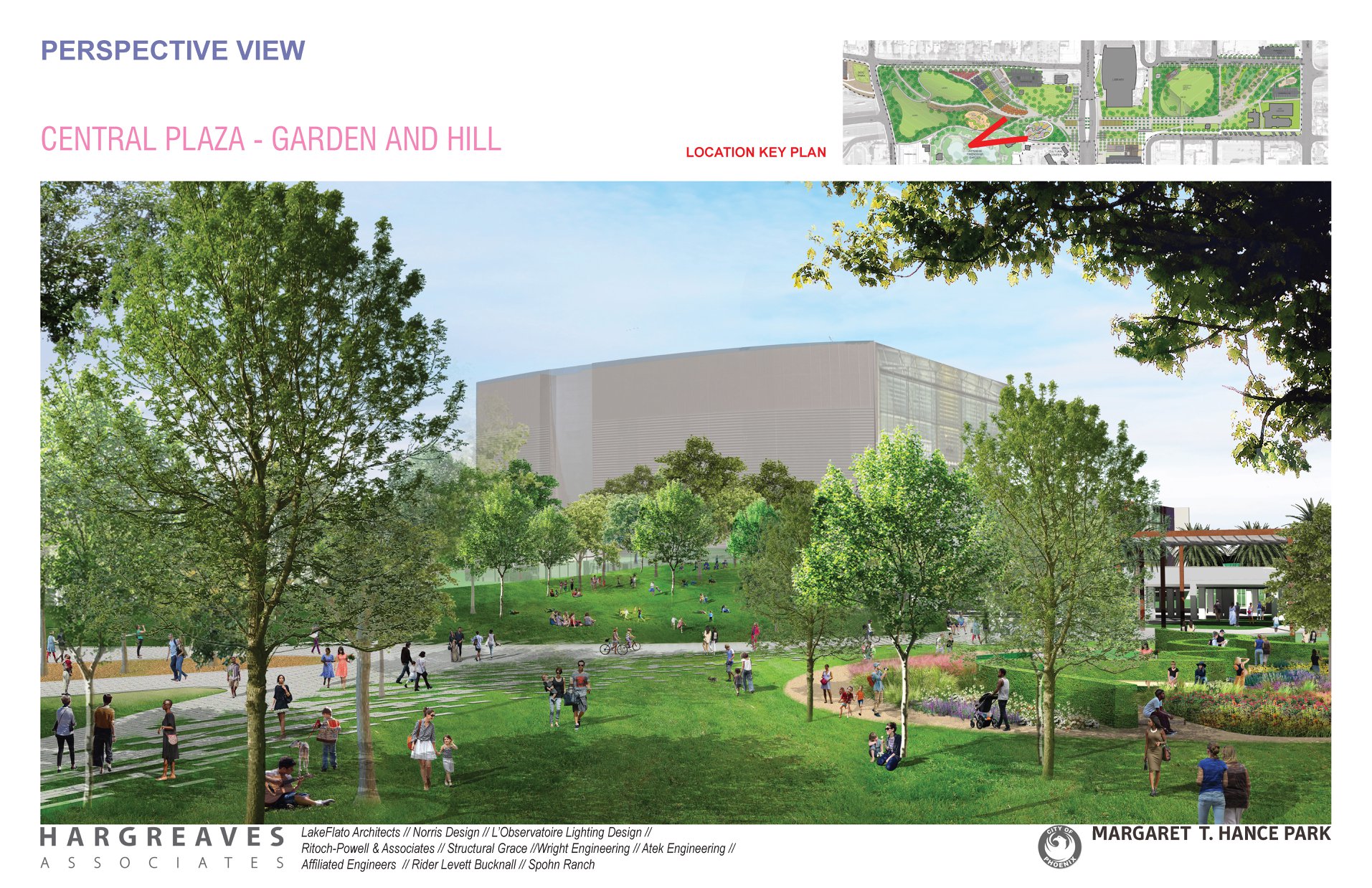 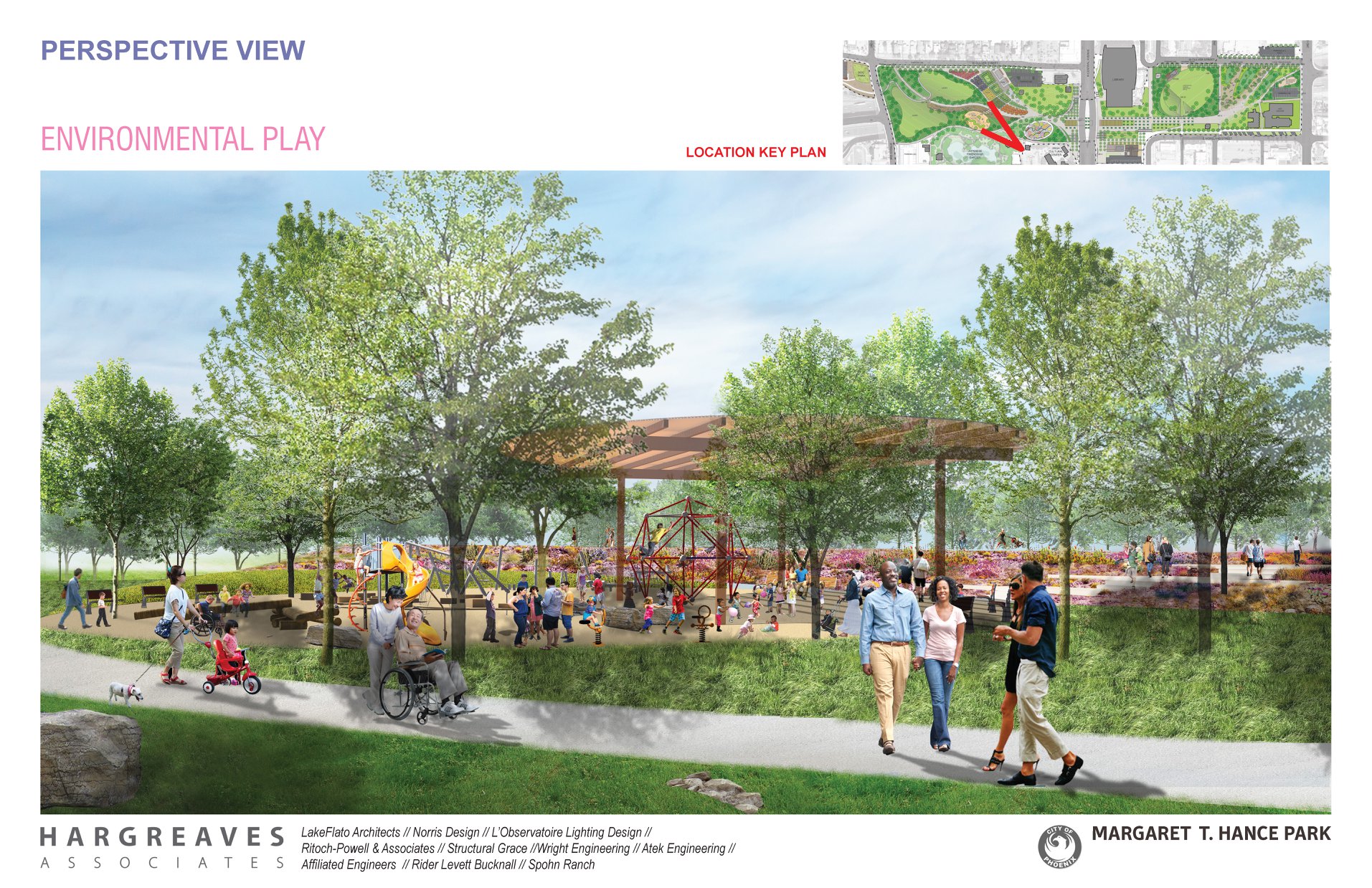 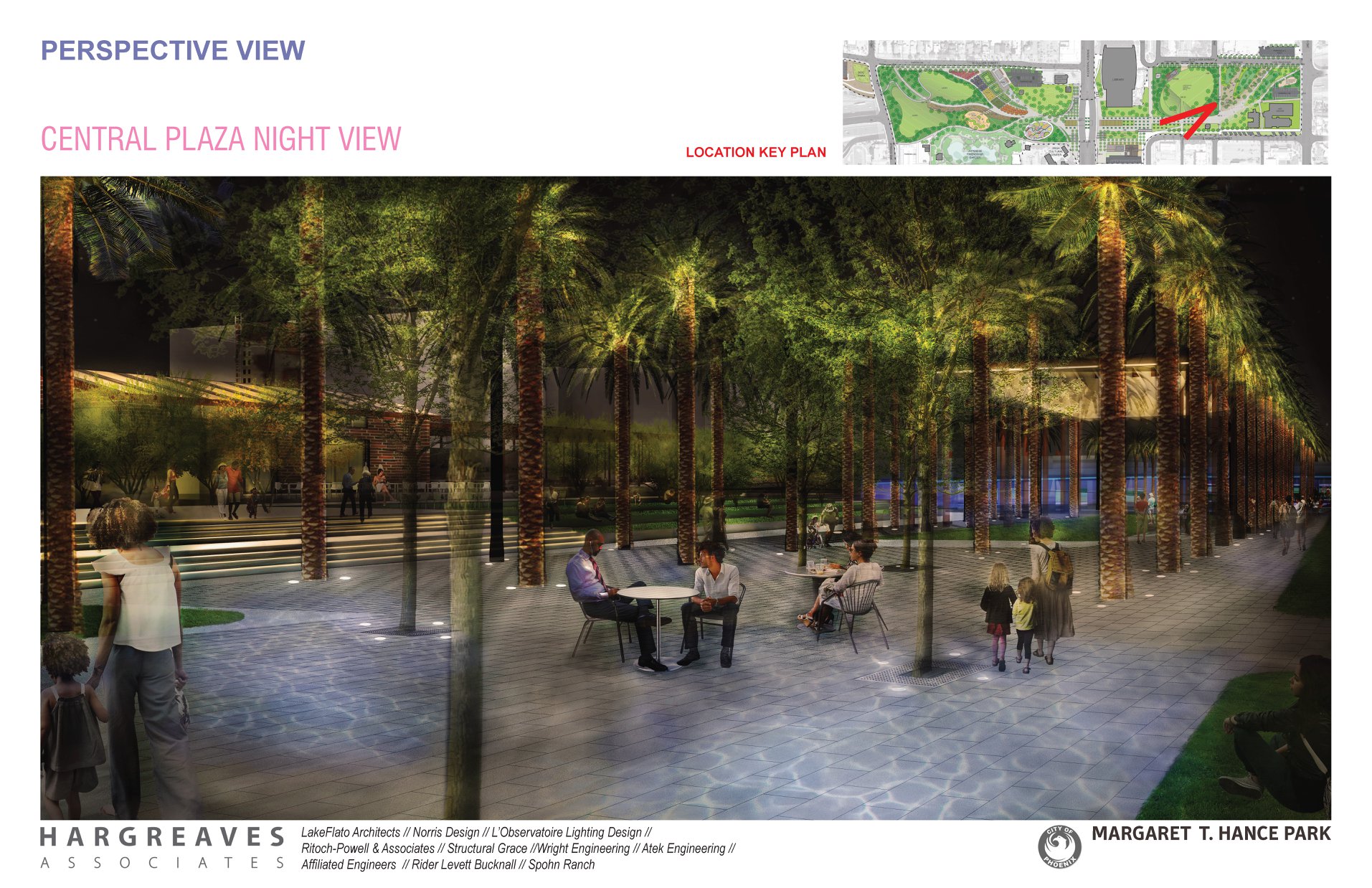 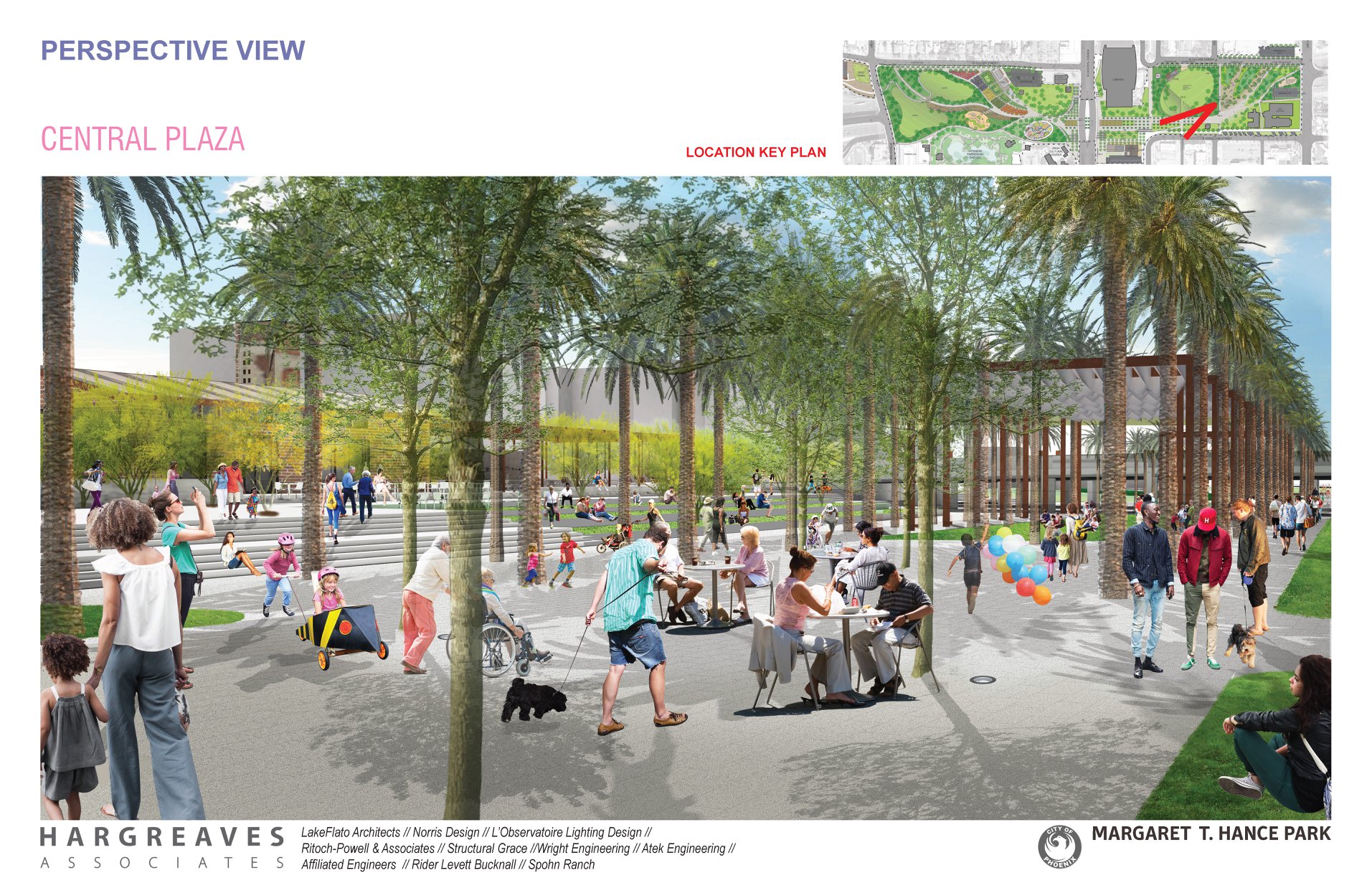 In addition to social and community benefits, the untapped economic potential really attracted the attention of PCA, according to Lazarus.

For the past 35 years, PCA members have driven development of Phoenix’s built environment and addressed critical urban issues. For example, the organization helped raise the funds necessary to build Steele Indian School Park, brought the Human Services Campus coalition together, and was instrumental in the Phoenix Biomedical Campus land deal – just to name a few.

“The heart of Phoenix is still missing a central gathering place for the larger community,” she said. “Hance Park has the potential to be our crown jewel.”

Right now, PCA is in the quiet phase of fundraising, according to Preuss, but there’s a lot to be excited about.

True North Studio recently signed on as the first donor – which is the development company behind the Ro2 project and Hotel Cambria on Roosevelt Row – with additional donor agreements in the works.

In addition to seeking dollar amounts, there are more than two dozen assets available for sponsorship, ranging from the entire playground set, which is slated to be the biggest in Arizona, to individual bricks and benches.

So in a sense, there are opportunities for the entire community to have a role in rebuilding the park, according to Lazarus.

“We’re looking at the world right now,” he said. “We want diversity – not just big donors, but we want everyone to get involved and feel like they have a stake in the future of the park.”