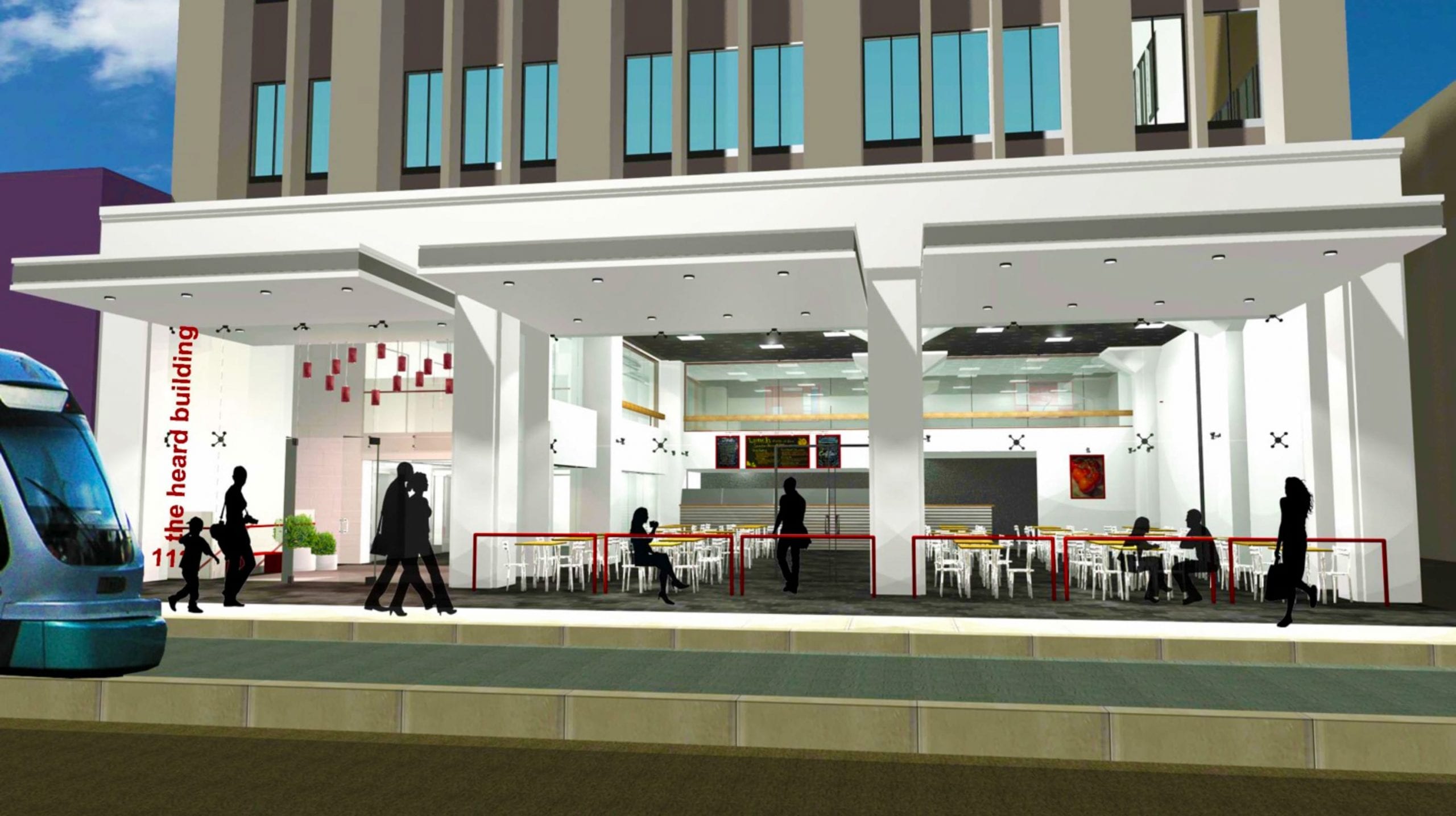 Just sit back for a moment and picture the office spaces of yesteryear — dropped ceilings, asbestos tiles, lots of private offices and a sea of cubicles.
The Heard Building, which is a historic midrise located on Central Avenue between Monroe and Adams streets, possessed similar amenities.
Aside from cramped, dated offices, the rest was used as file storage for a number of law firms, according to Mark Stratz, the leasing broker for the building and vice president of Cushman & Wakefield Phoenix.
“The challenge was a lot of vacant spaces and older tenant improvements — so dropped ceilings and an old infrastructure that today’s user is just not interested in,” he said.
In 2013, the building owner decided to change all that. Chris Rudel, the proprietor since 2000, decided to bring in the architectural expertise of Winslow and Partners with the goal of attracting young entrepreneurs, creatives, tech companies and startups. 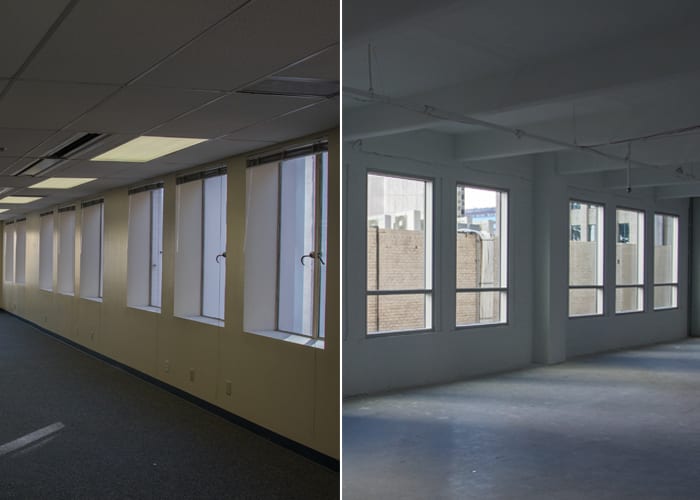 A transitional look at two different floors of the Heard Building — one recently updated (right) and the other in progress. (Photo: Fara Illich)

Winslow and Partners helped Rudel initiate an “innovation think tank,” which is basically a facilitated brain-storming session with entrepreneurs — getting a feel for what potential tenants are looking for. With the help of Jenny Poon, founder of Co+Hoots, Kimber Lanning of Local First Arizona, Donald Keuth, president of Phoenix Community Alliance and others, they came up with some design concepts. None of which conjured images of a Class A skyscraper filled with cubicles and corner offices.
Instead, it’s a totally different look and feel — loft-style or converted warehouses with big windows, high ceilings, exposed brick, wood or concrete and lots of open, community space.
“Entrepreneurs want to live, work and have fun in downtown,” said Kali Mota, associate AIA at Winslow and Partners. “They’re looking for something like this, that’s historic, that has a patina and some personality.”
The Heard Building has great bones in a great location, but Mota said they just needed to open it up, make it a little more hip and bring in some much-needed light. 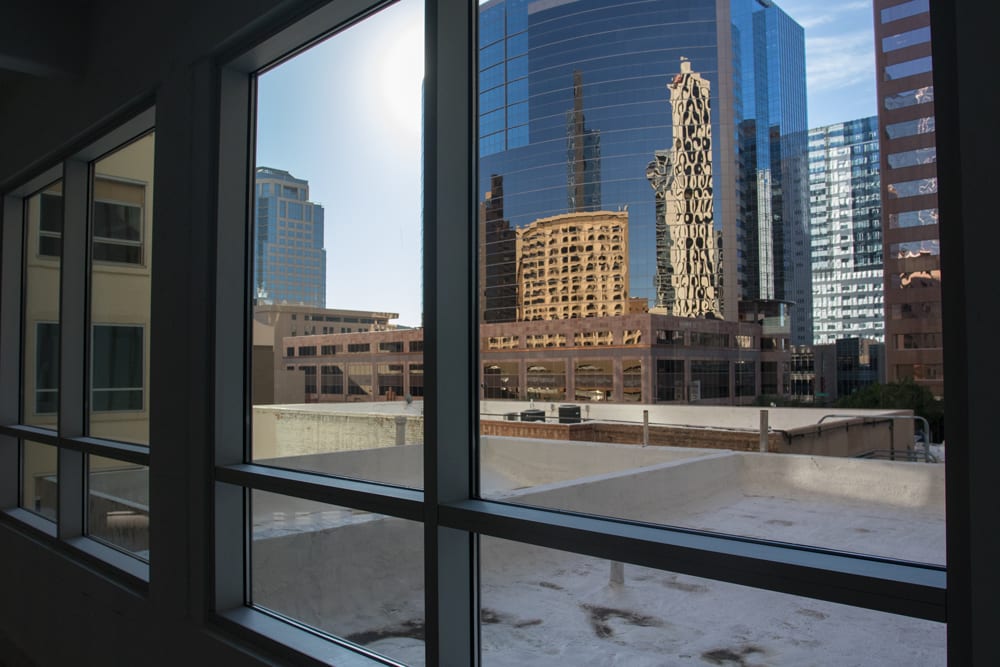 A south-facing look at the downtown skyline through new windows, most of the windows on the east side retained the original historic mechanisms and actually open up to Central Avenue. (Photo: Fara Illich)

Rudel stopped renewing the file storage leases and started focusing on new, larger windows — saving much of the original, operable mechanisms. Coupled with asbestos abatement, a fresh coat of paint on the outside and a brand new mezzanine and lobby area — which spills onto the street — they arrived at something very relevant and desirable in today’s market.
While the change is dramatic, the majority of the renovations consisted of simply stripping everything down to the bare bones. The exposed ceilings and walls, comprised entirely of cast-in-place concrete, provide that gritty, cool and unmistakably historic look, which Mota said they absolutely wanted to preserve. 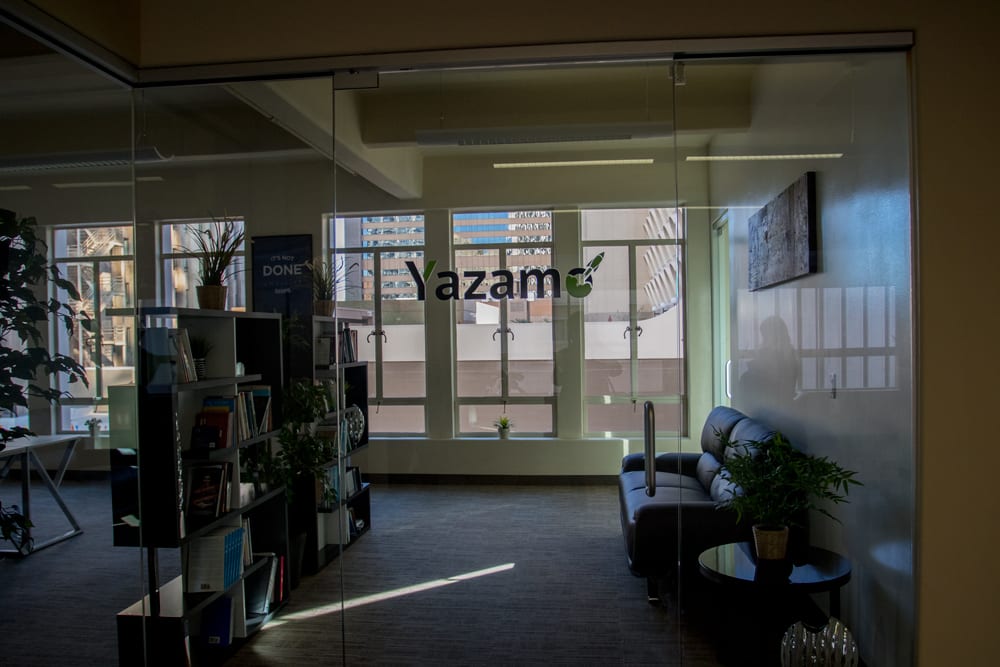 “One of the things that Winslow Partners likes to study is human behavior and why trends happen,” she said. “One of the things that we discovered is that not only millennials, but everybody, is looking for authenticity — I think that what’s really attracting this new market downtown.”
Numerous tech and startup companies, including Uber, Allbound Inc., Galvanize, Inspire Data Solutions LLC, Gainsight Inc., Giftcard Zen and others, either moved to Downtown Phoenix or announced plans to move in 2015. After the first phase of renovations, the three-year-old digital marketing company Yazamo set up its offices at The Heard back in March.
The fact that tech companies gravitate toward Downtown Phoenix isn’t a fluke, according to David Krietor, President and CEO of Downtown Phoenix Inc. The high concentration of 20-and 30-somethings make this a talent pool ripe for the picking. 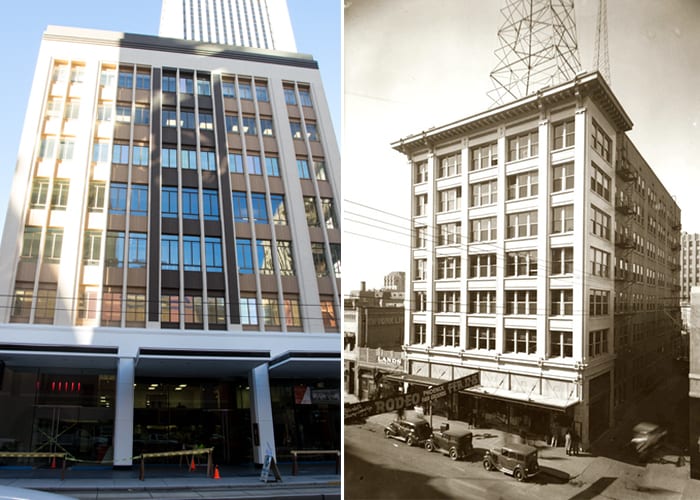 The Heard Building under renovation in 2015 (left) and pictured in the 1930s, during its heyday. (Photos: Fara Illich and Arizona State University Archives)

“Technology employers who have tended to aggregate on these suburban freeways are now looking at their labor force and the intellectual energy that will drive their businesses forward,” he said,” and they see it coming from a group of people who want to be in more of an urban area.”
The lack of parking at the Heard Building doesn’t seem to bother potential tenants either, according to the think tank findings. Walking, biking or taking public transit like the light rail, which runs adjacent to the building, are all perfectly viable options. 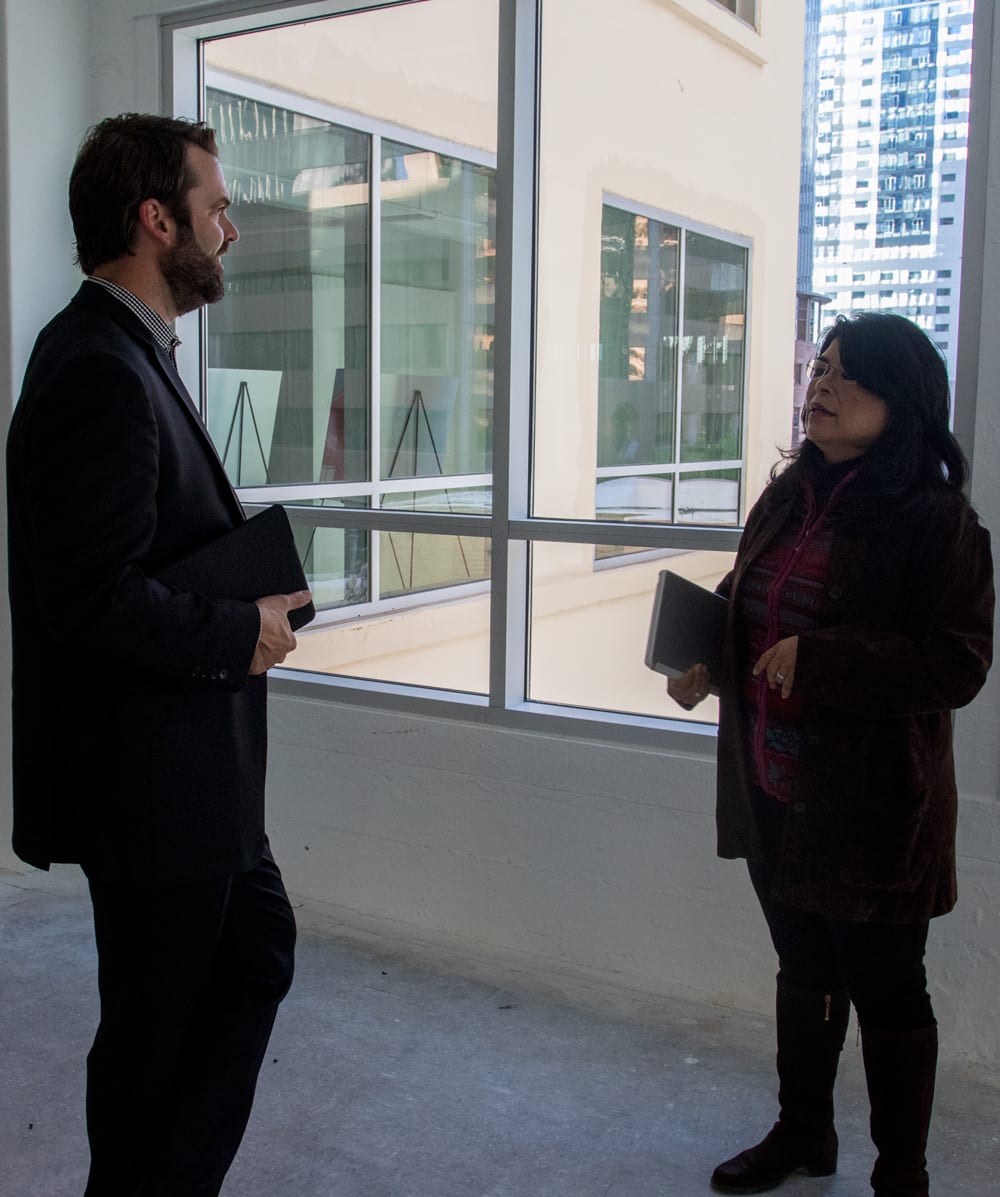 With less reliance on parking spaces for every employee and the help of the city’s Community and Economic Development Department, which manages a downtown parking pool, Rudel found nearby garage spaces with monthly availability, making it easy to appease car commuters as well.
In fact, Winslow and Partners, which is led by Mota and Paul Winslow, liked the renovations and parking arrangement so well, they decided to move their offices onto the third floor.
Mark Stratz said renovations on the entire building should be completed by Jan. 1, 2016, and space is still available. Lease negotiations are already underway with an international tech company for the fifth floor and an announcement is expected soon.
“When you think about Phoenix versus Seattle, Portland, San Francisco, Denver — this has been happening for 20 years and it’s just now hitting Phoenix,”  he said. “With the new tenants we’re seeing, the industries that are finally growing in Phoenix, they all want to be here.”
We know you have Instagram
#DTPHX
Take a peek inside the brand new coffee concept co