Have You Heard? The Dressing Room is Now Open in Roosevelt Row 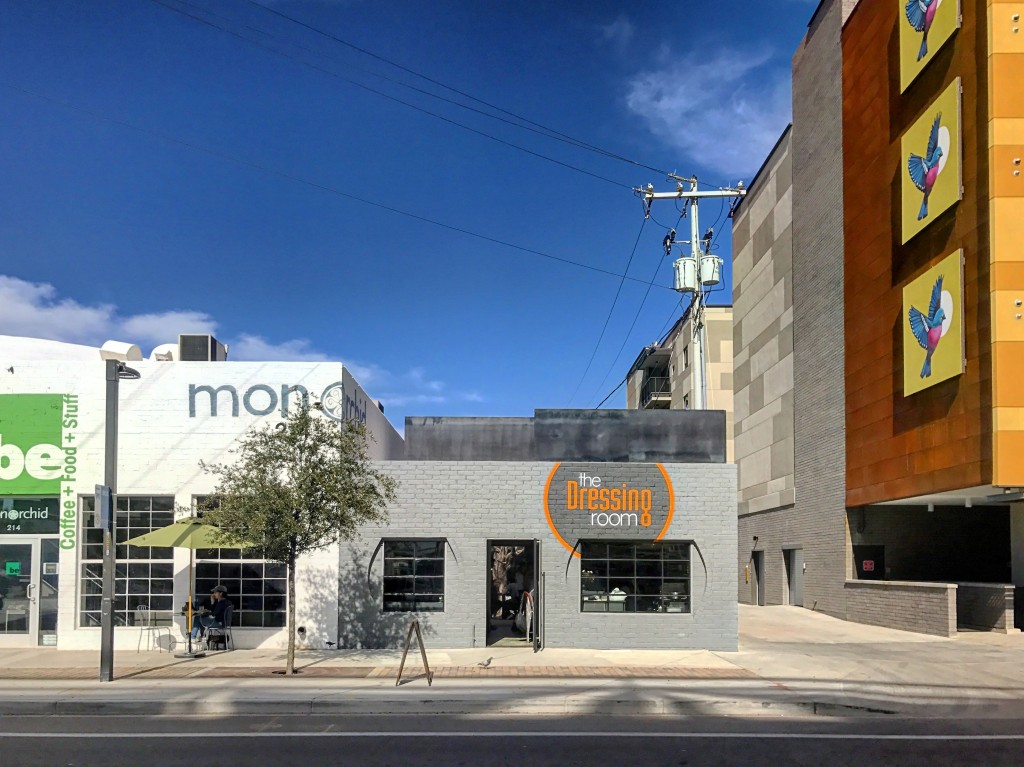 (Photo: Lauren Potter)
Almost three years in the making, The Dressing Room recently opened its doors in Roosevelt Row, serving up a delectable menu of food, beer, wine and cocktails.
Sandwiched between monOrchid gallery and iLuminate apartments, the space may be small, but its impact on the community has been huge.
Most recently, the building was used as a rehearsal space for local band Wooden Indian. But in a former life, the space was used as a dressing room for one of Phoenix’s earliest drag bars – which later became GreenHaus Gallery and Boutique. It was demolished in 2015 despite strong opposition from the historic preservation and LGBTQ communities.
As an homage to the building’s past, owners Troy Watkins and Kyu Utsunomiya named their restaurant concept The Dressing Room. They’re also the guys behind neighboring Be Coffee.
Their new restaurant combines a diversity of dishes, art and an outdoor alley-turned-patio space to create a new neighborhood hangout in the heart of Roosevelt Row. 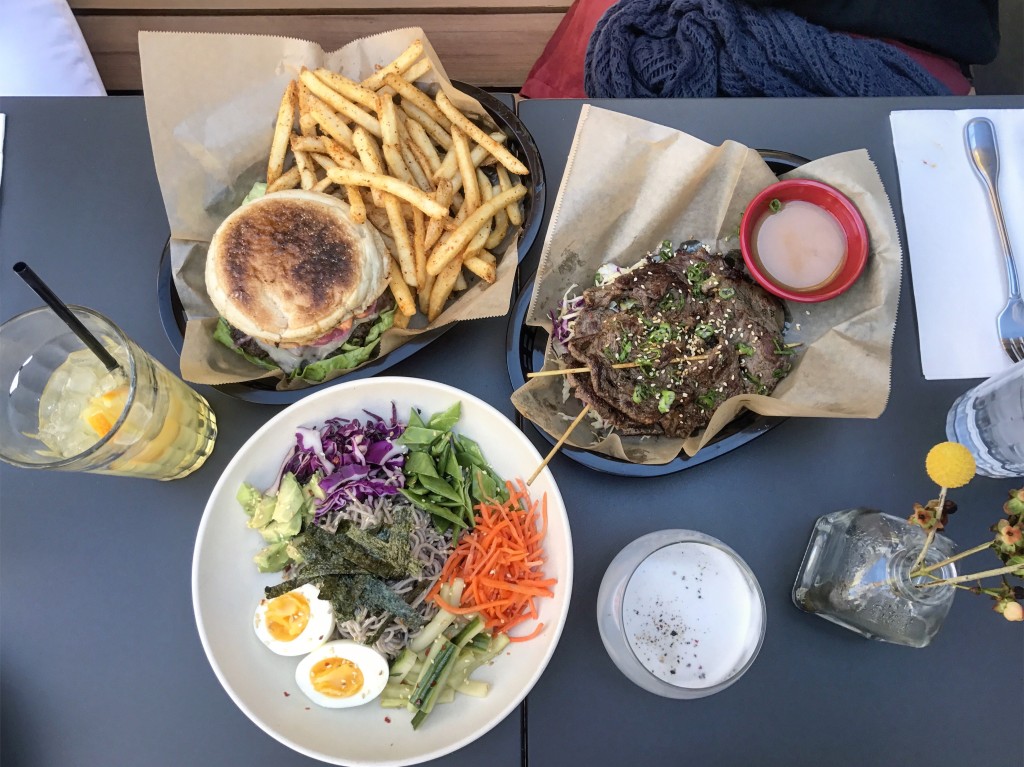 From beer battered shrimp and chips to Korean Yakitori beef skewers, soba noodle salads, burgers and more, The Dressing Room’s dishes appeal to a broad range of palates. Food prices range from $3 for a side of fries to $10.50 for the signature RoRo Burger, which is served on a locally made MJ Bread English muffin. Pints of beer are $6 and cocktails range from $8-11. And for all the day drinkers: happy hour is every day from 11 a.m.-6 p.m. Not pictured above is the churro ice cream sandwich. (It was sinful. And we’d totally do it again.) 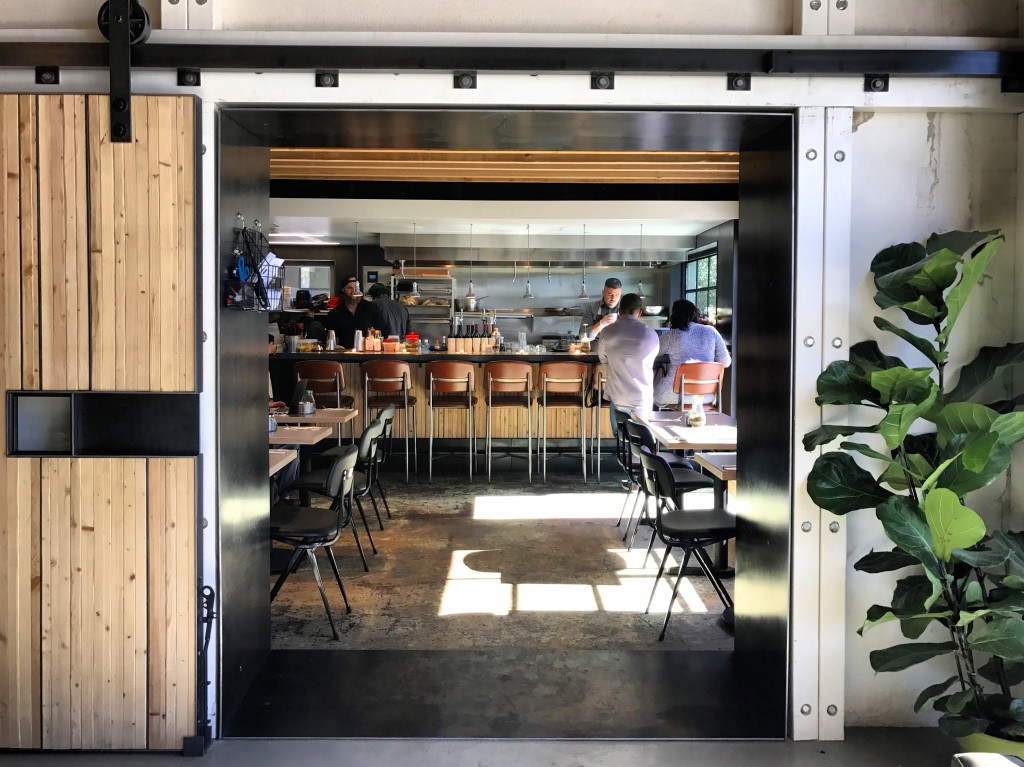 Local architect Mark Ryan took the lead on The Dressing Room’s interior, creatively combining the Be Coffee space with the new restaurant by cutting through the wall and creating a doorway between the two. The interior space has a raw, industrial feel with exposed brick and wood beams, steel window framing and original concrete flooring. Quirky vintage glassware-turned-terrarium centerpieces made by local plant life boutique The Bosque adorn each table, adding an unexpected pop of creativity. 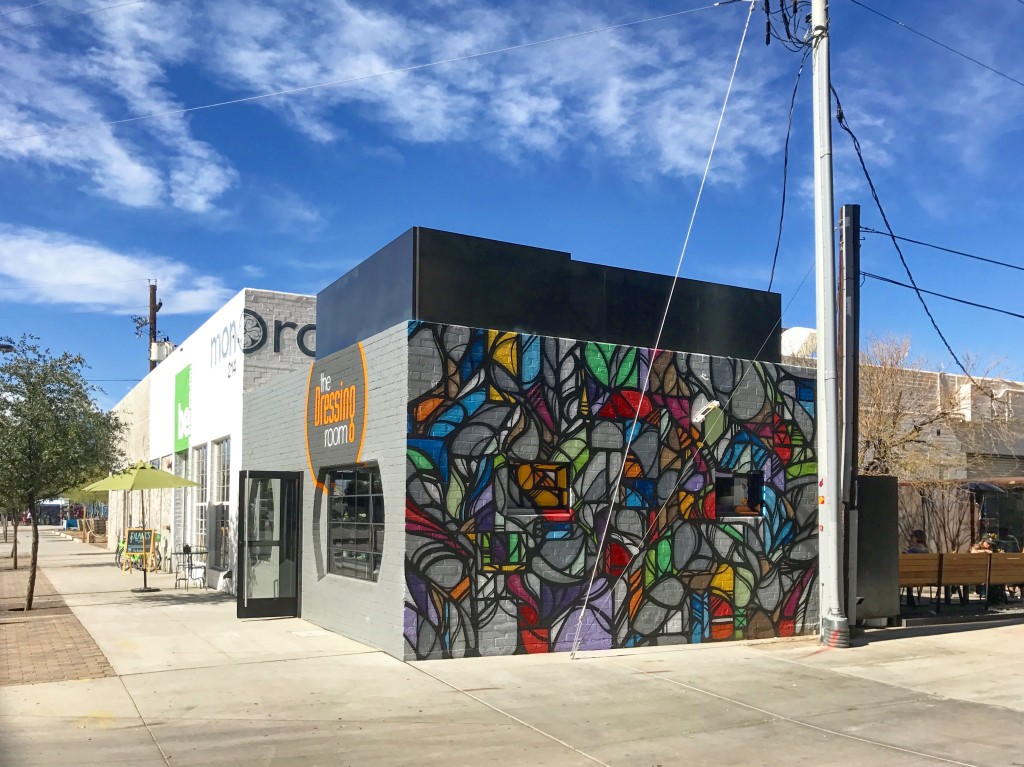 After an all-over coat of grey, local artist JB Snyder pained a new mural on The Dressing Room’s exterior alley wall where one of his works previous existed. We also hear that a second mural, by local artist Andy Brown, is slated for the courtyard wall. 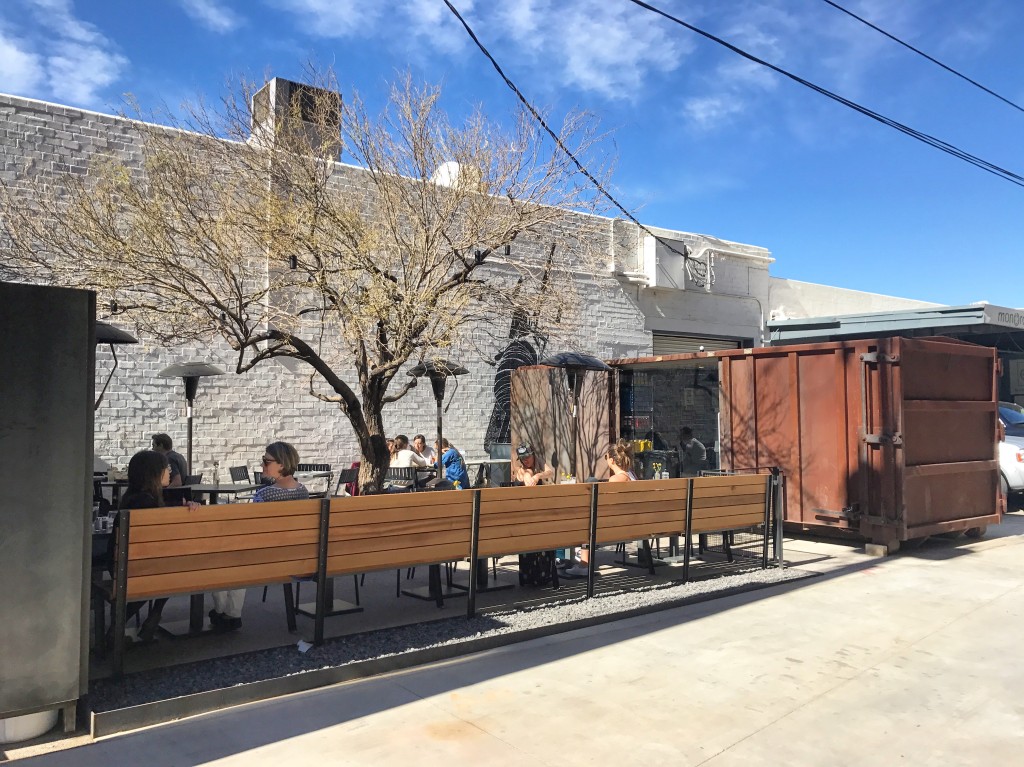 The Dressing Room’s alley-turned-courtyard is one of its best assets. The outdoor area features a mesquite tree for summer shade, lights that hang from the branches for dining after dark, and a rusty, reclaimed industrial dumpster, converted into a prep kitchen.
We know you have instagram
#DTPHX