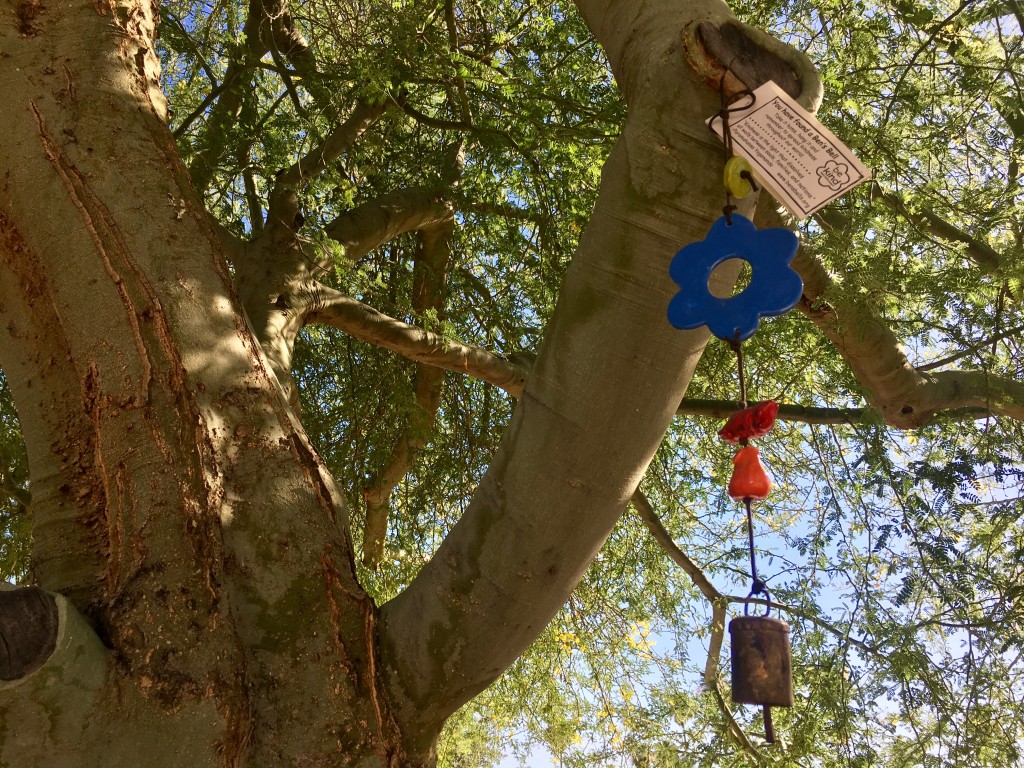 Keep an eye out the next time you are walking around the Valley. You too could find a Ben’s Bell. (Photo: Leah Goldberg)

Since opening in 2015, the Ben’s Bells Project has been giving Phoenix locals a chance to volunteer through simple and artistic methods. The nonprofit’s presence on Roosevelt and Fourth streets aims to spread a message of kindness in Downtown Phoenix.
At the Ben’s Bells studio, volunteers can participate in crafting wind chimes, which all feature a signature bell on the bottom. Bells are then hung at parks, schools, hiking trails, and other public places for the community to find and take home.
The only way to own a Ben’s Bell is by finding it around town. Ornaments and mini bells, which have the same colorful design as the signature Ben’s Bells, can be purchased at studios or online.
“We like to say that Ben’s Bells find you,” said Christy Brown, manager of the Ben’s Bells Phoenix studio.
By making and hanging Ben’s Bells, the nonprofit strives to spark kindness and put a smile on the face of someone who may have needed it the most. Its founder and executive director, Jeannette Maré, created Ben’s Bells by turning her pain into a movement of intentional kindness.
Maré, a Tucson native, started the nonprofit after her 2-year-old son, Ben, passed away. To cope with their loss, Maré and her family began to channel positive energy into painting and creating wind chimes. They did this in their backyard studio eventually handing them out to friends and later turned the idea into the nonprofit we know today, Ben’s Bells. 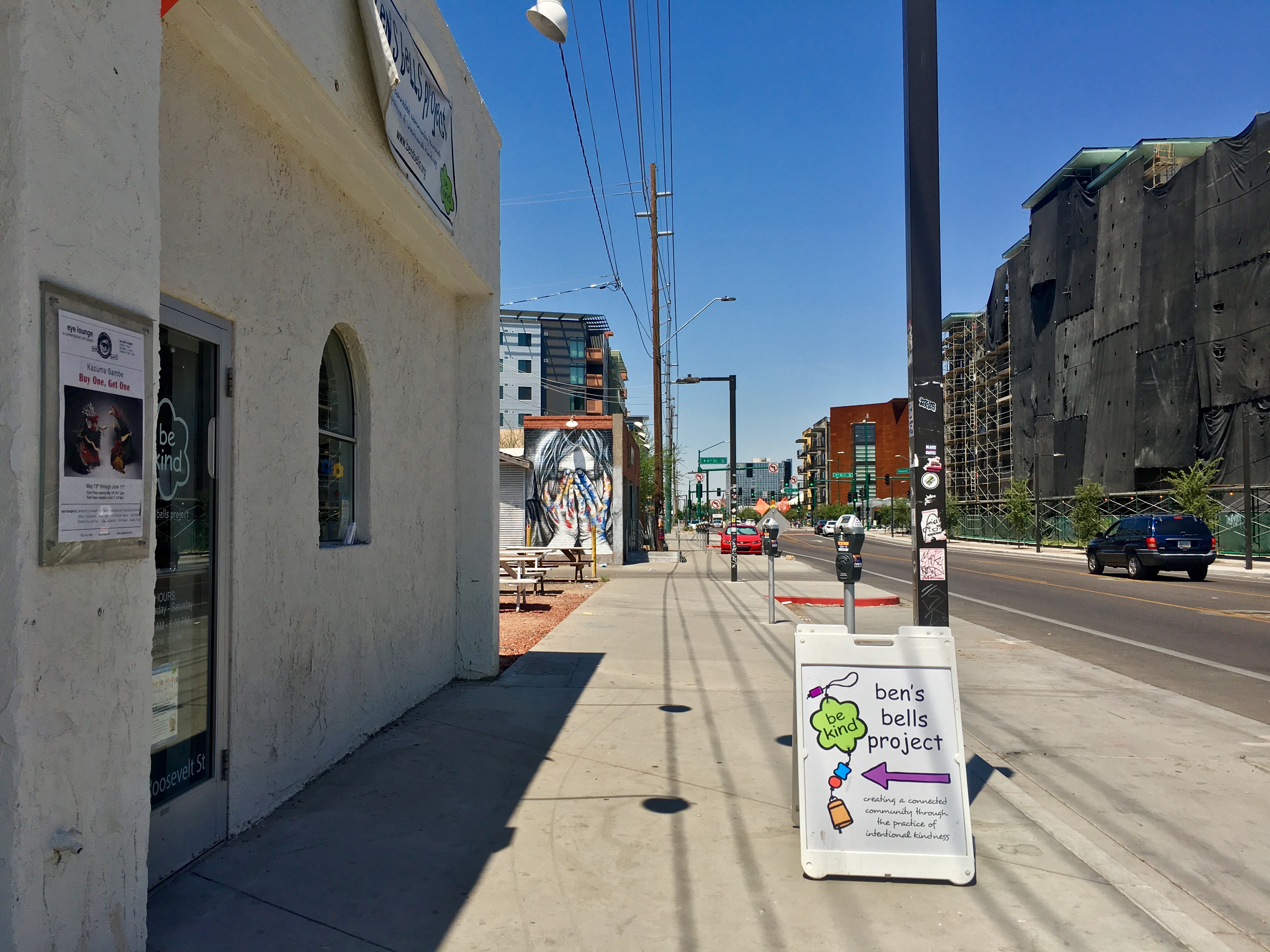 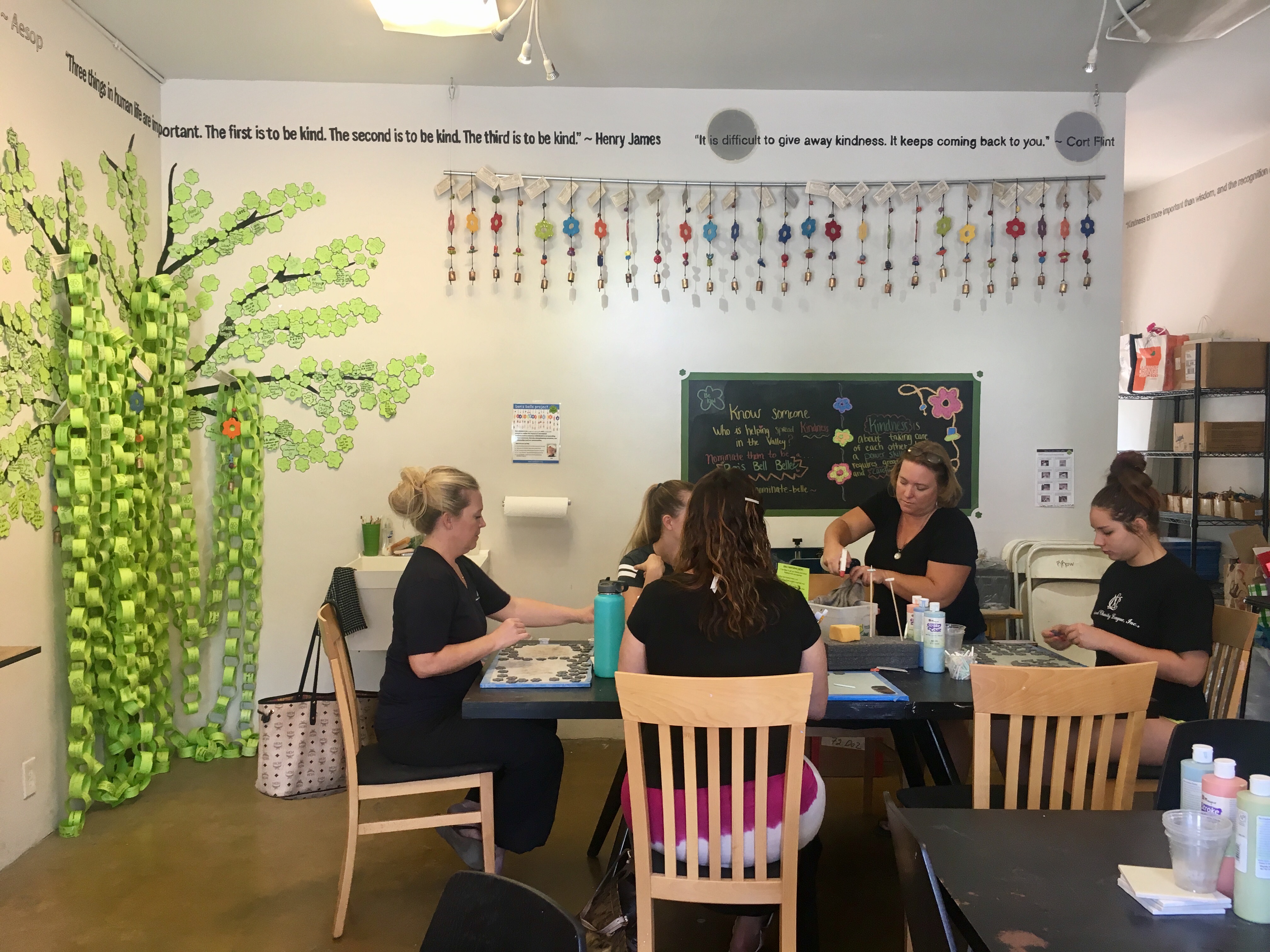 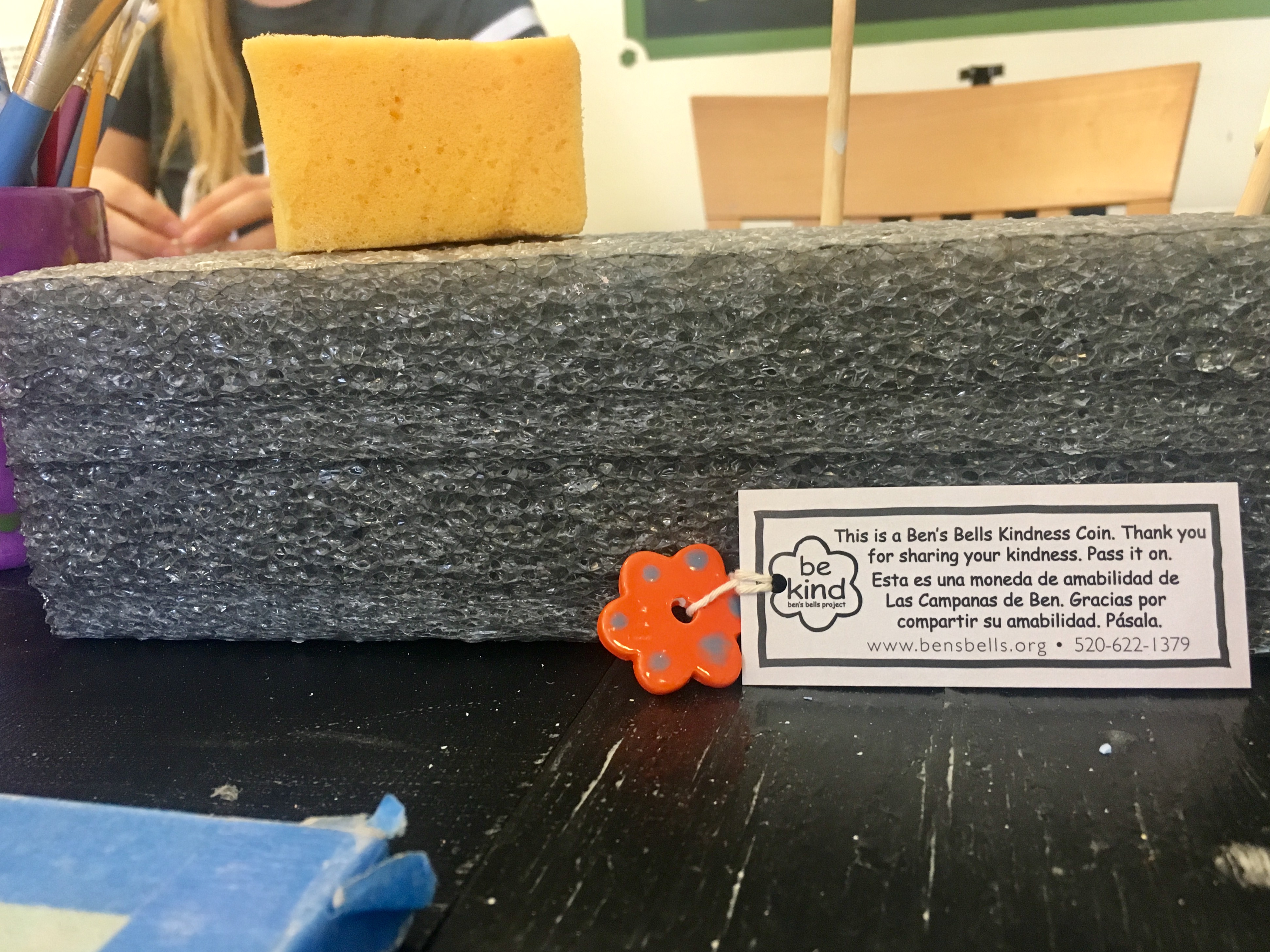 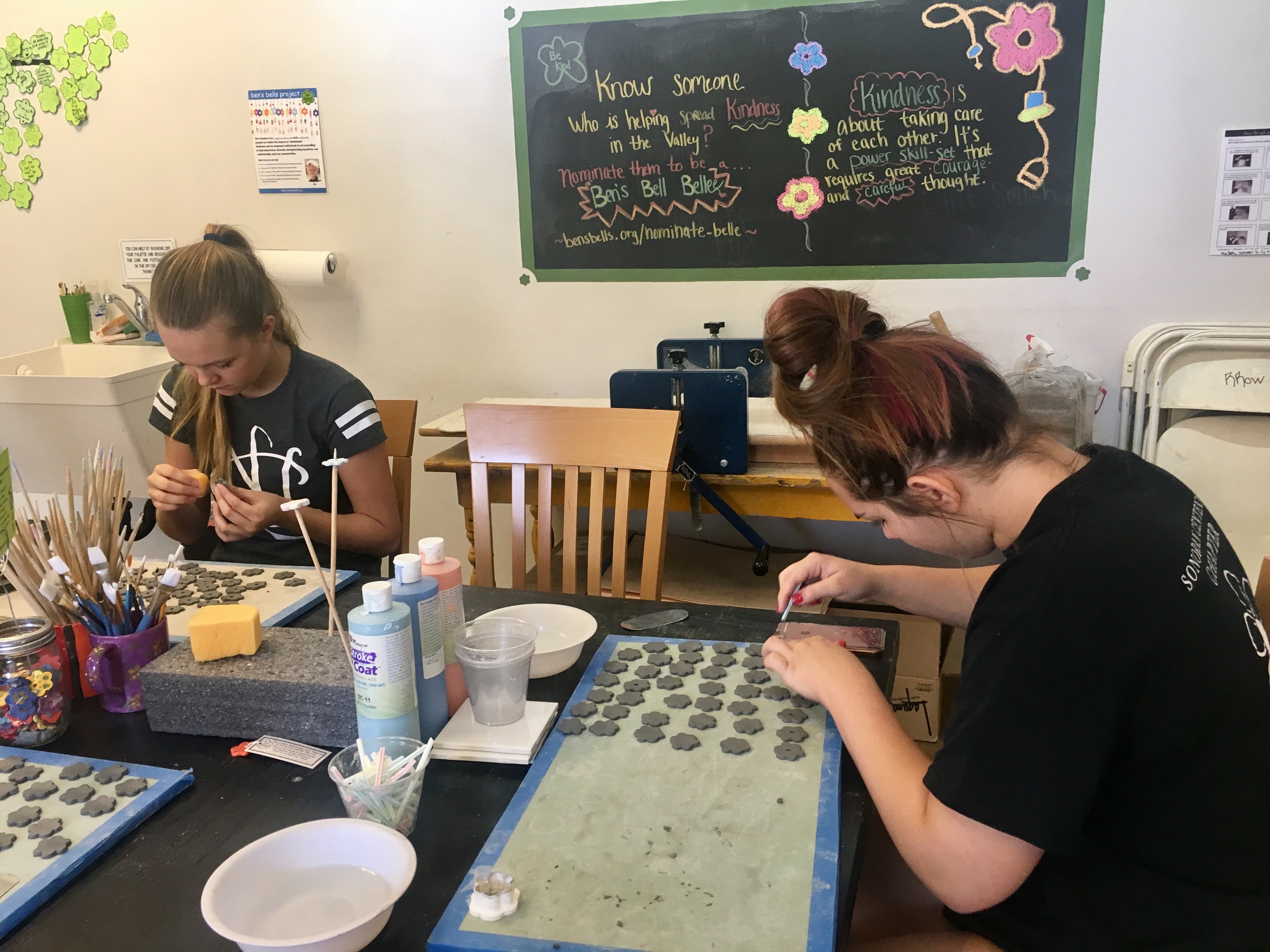 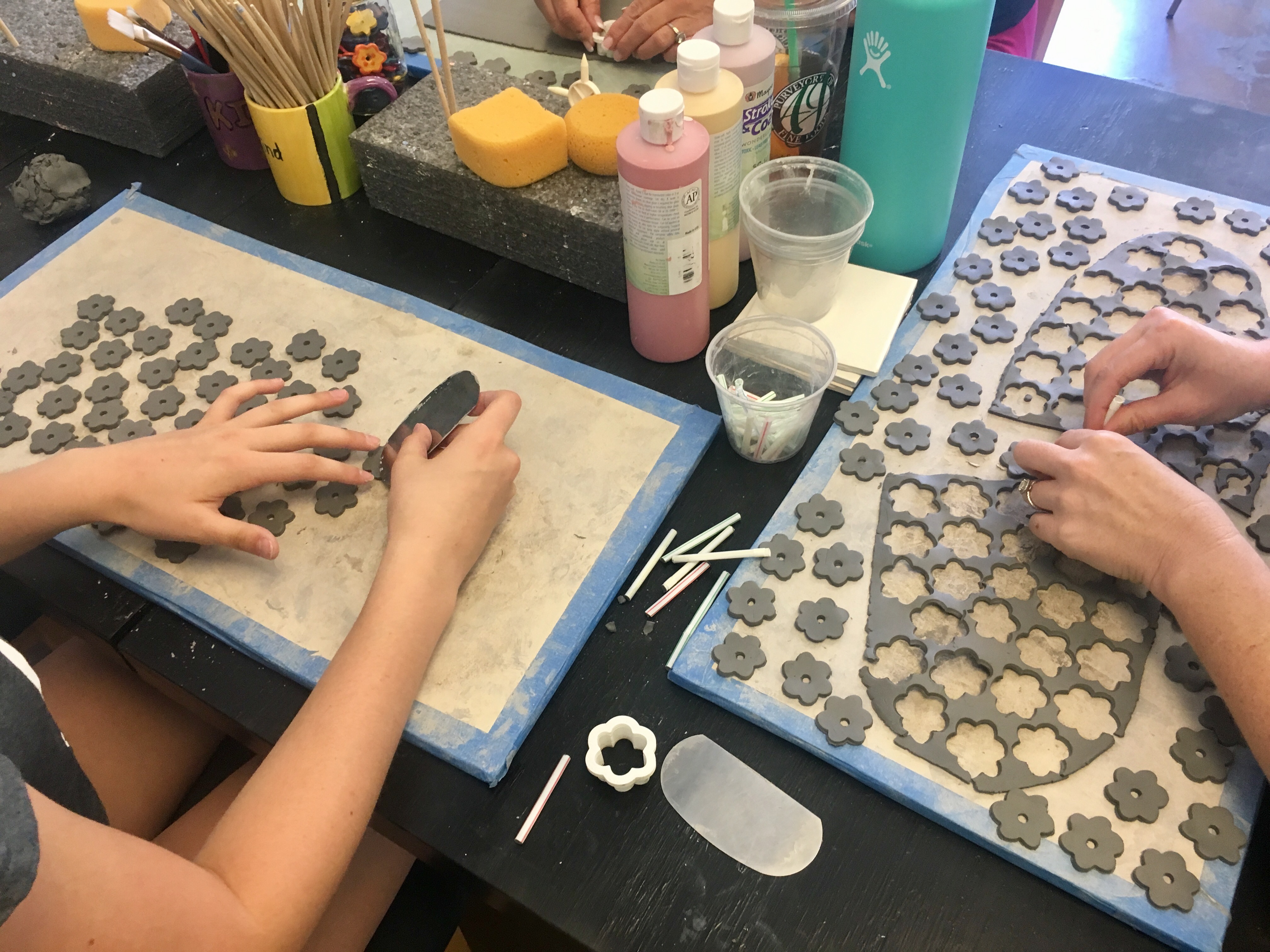 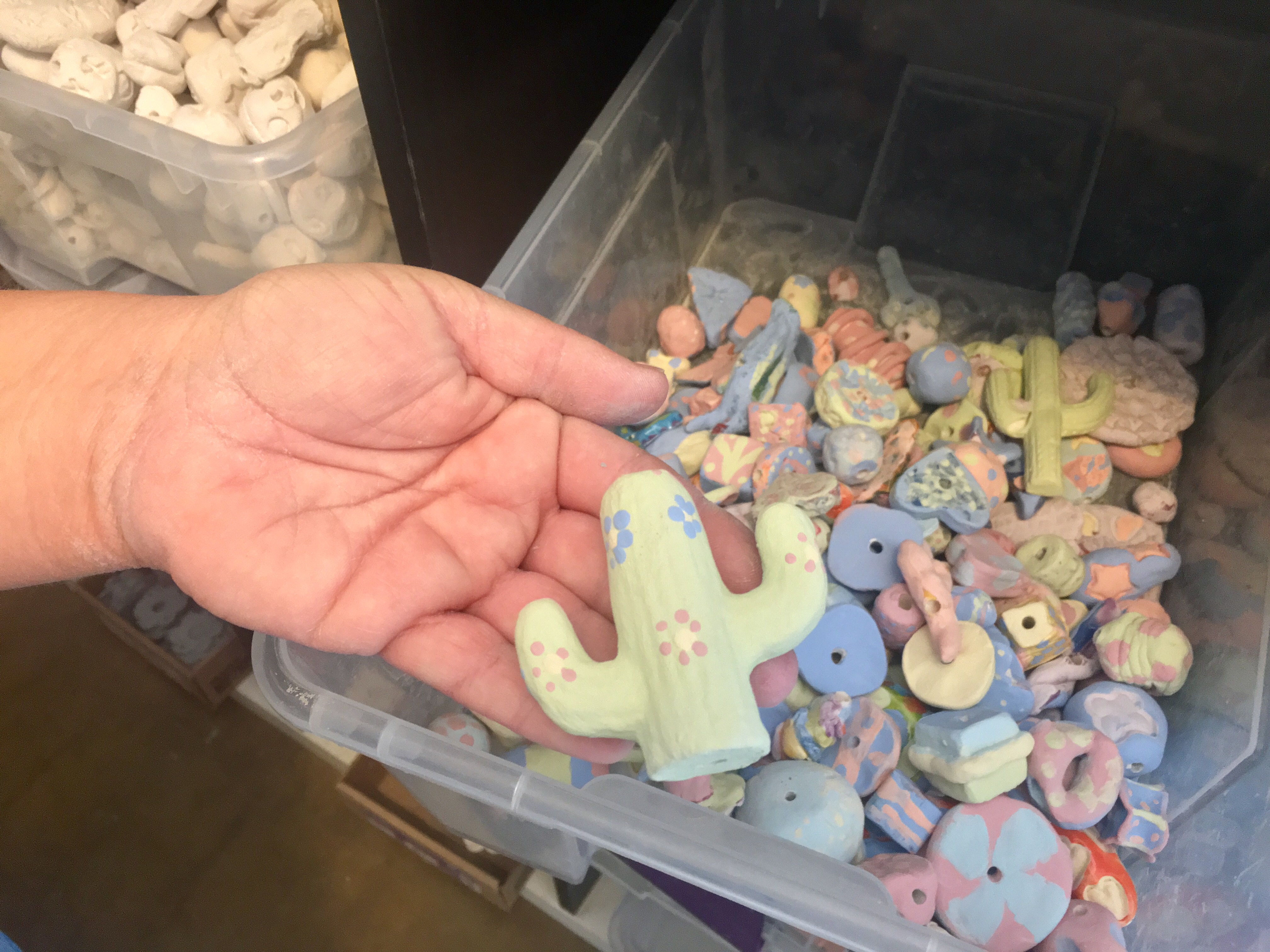 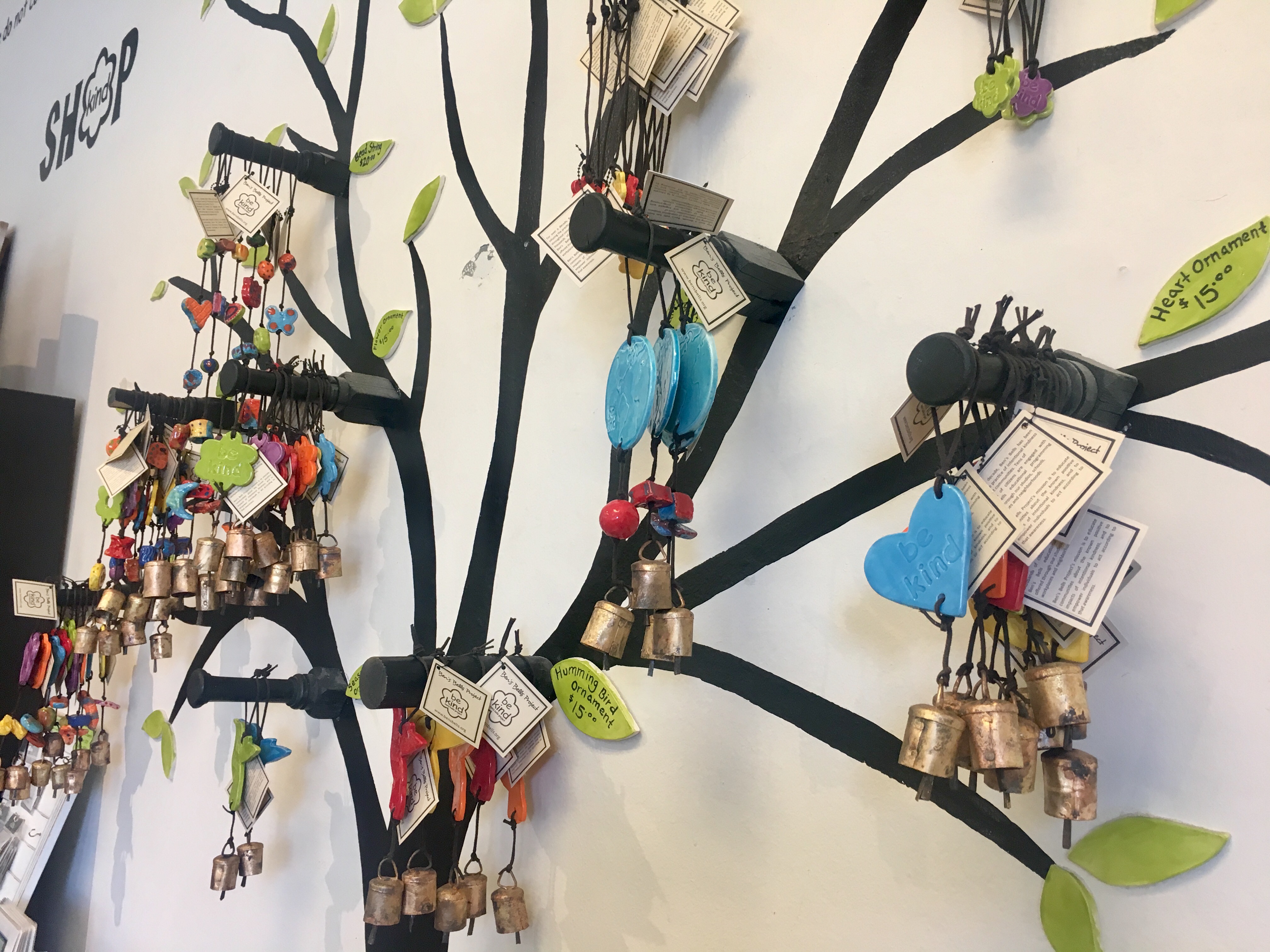 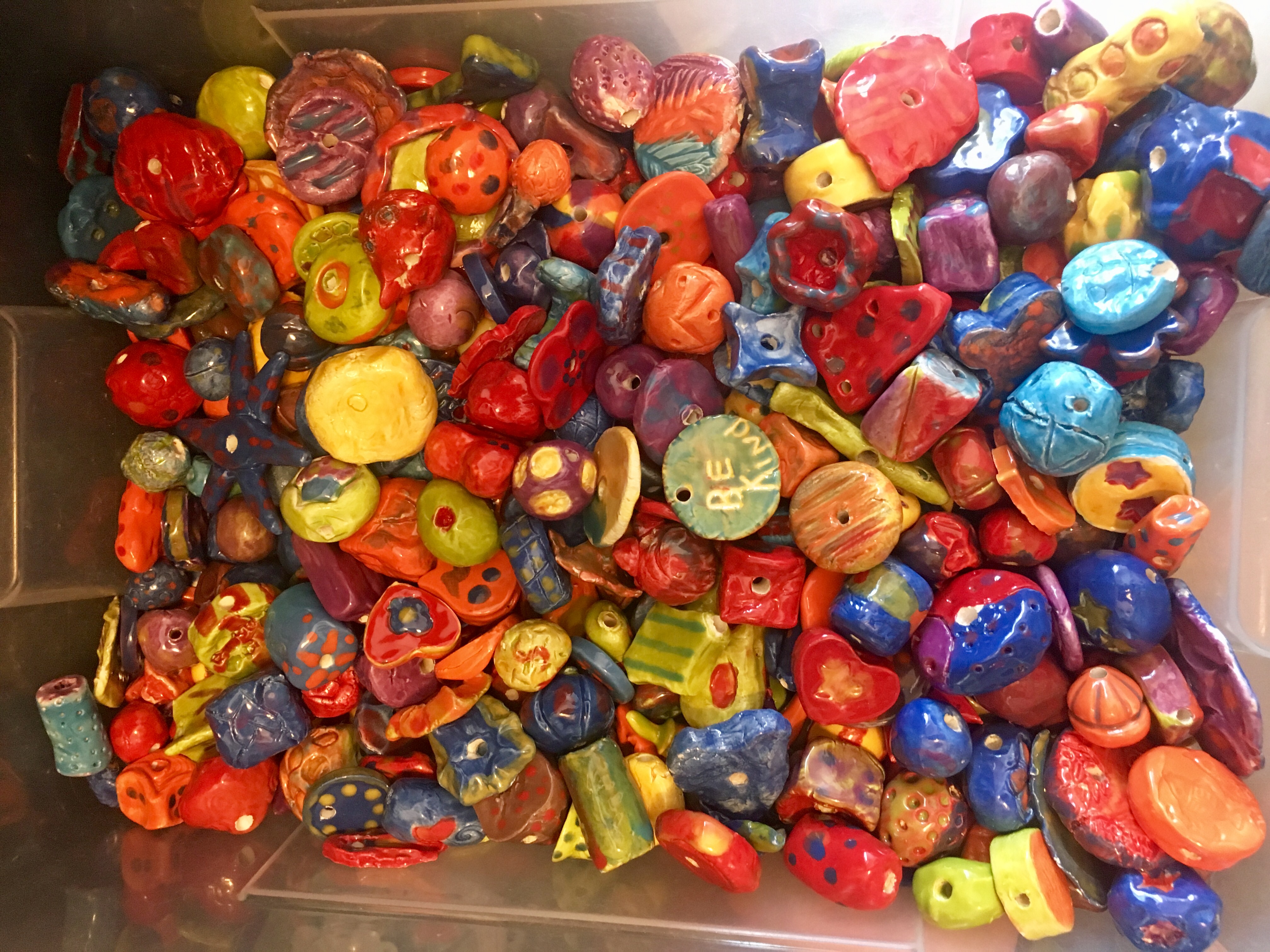 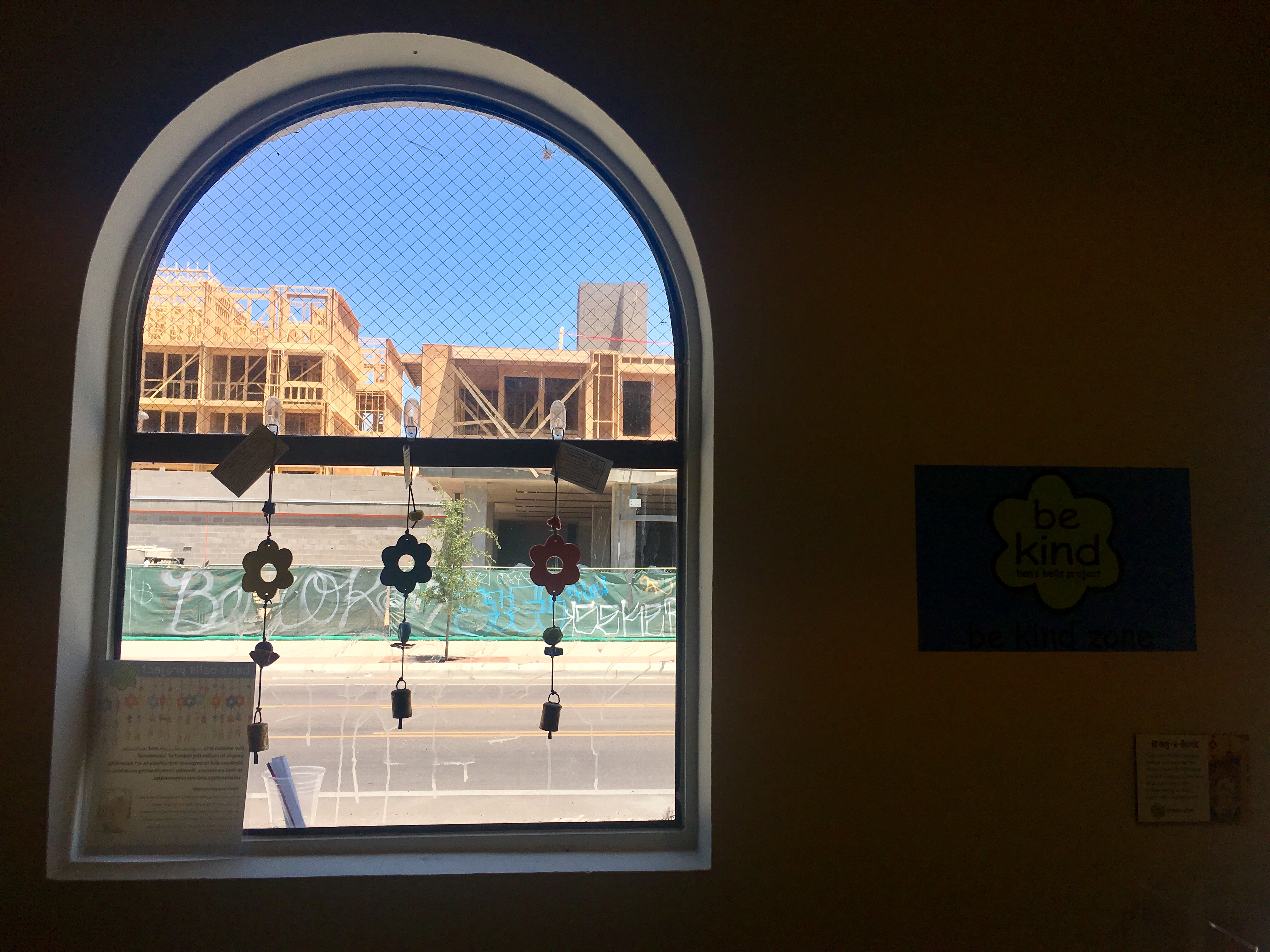 When it comes to being a Ben’s Bell volunteer, the concept and mission is simple. Anyone (with any level of artistic skill) is welcome to stop by during studio hours, Wednesday through Saturday, to paint and mold beads from clay. These beads are then strung together vertically with a Ben’s bell at the base for its signature style.
By the time one bell is complete, about 10 different people have participated in constructing it.
“Whether that is creating the pieces out of clay, painting and assembling, it is kind of this neat symbol of people coming together and making something,” Brown said.
As the studio gets busier, even during these summer months, Brown said that it is comforting to see different groups of volunteers interacting in the tiny workspace borrowing paint and exchanging stories.
The Ben’s Bells studio is a quaint and comfortable environment, and usually produces about 100 to 150 bells per month.
The Phoenix studio is the newest of the four locations including their headquarters in downtown Tucson, a studio at the University of Arizona, and the Bethel, Connecticut studio.
To reach people outside of the studio, Ben’s Bells brings educational workshops and curriculum to businesses, schools and other organizations. They provide specific “Kind Colleagues” workshops where businesses and employees can learn about developing a more positive work climate. The nonprofit also provides K-12 teachers with monthly materials needed to practice intentional kindness through its free “Kind Campus” curriculum.
“You can’t help but take this in and hopefully infuse that into your life,” Brown said about seeing the community embrace Ben’s Bells. “I definitely think that Phoenix is seeing a kind movement.”
The Phoenix studio is open Wednesday through Saturday from 10 a.m. to 6 p.m. and until 9 p.m. on First Fridays. Small donations are encouraged and walk-ins are welcome on these open studio days. Groups with six or more are suggested to try out a Group Experience craft event where you can even have Ben’s Bells come to you.