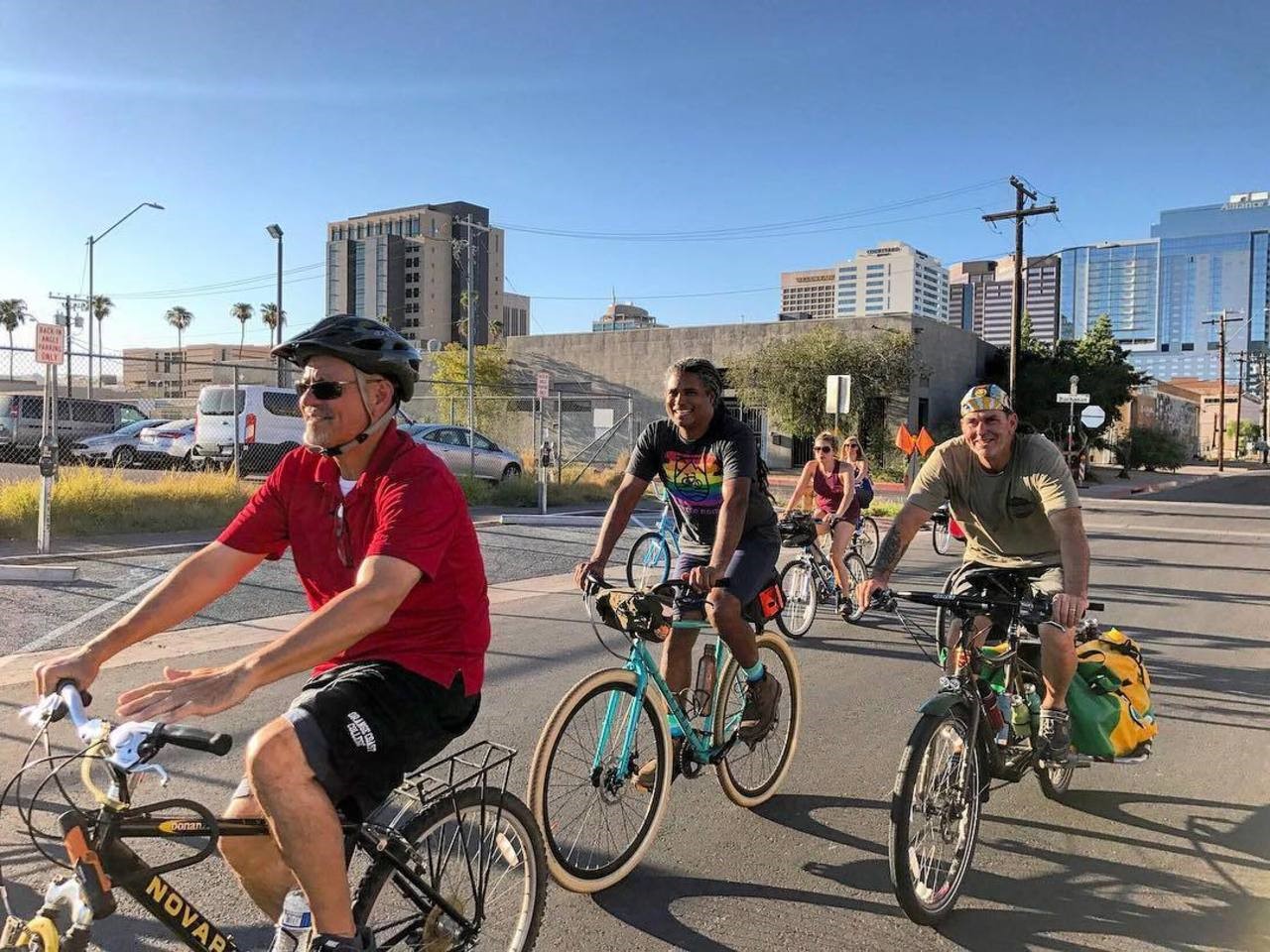 Downtown Phoenix is getting ready to roll out new artist-designed bike racks, and the design prototypes will be unveiled during Art Detour 30.
In December of last year, 28 local artists submitted their portfolios to the Pedal to the Metal: PHX Bike Rack Project, an urban arts initiative spearheaded by Downtown Phoenix Inc., Artlink, the City of Phoenix’s Street Transportation Department and Office of Arts and Culture. From that initial call to artists, four local artists were selected to submit concepts to the project, which will net 50 new bike racks for downtown and the central city. From those four presented concepts, two designers were selected by a panel of experts to move on to the project’s fabrication stage.
The bike rack project and its winning artists will be celebrated Saturday, March 17 during the Pedal to the Metal: Bike Art Show. Part of the Downtown Core’s Art Detour 30 programming, the show will give the public its first opportunity to see prototypes of the new bike rack designs, and talk to the artists responsible. It will also feature a showcase of local bike culture-inspired art curated in partnership with Megaphone PHX, and remain installed throughout the month of March. Original works will be available for purchase.

Jennyfer Stratman
Jennyfer Stratman grew up in Phoenix and is a graduate of Arizona State University. She entered academia as a ceramicist and with each passing semester, the scale of her creations grew, and the material limitations of working with clay ultimately led her to the university foundry. This opened a door into another world of creative possibilities, profoundly changing her artistic direction. She began replacing fired clay with larger-scale bronze, steel and mixed media sculptures. Today, she is a full-time sculptor, with studios in Phoenix and Melbourne. Stratman is represented by galleries in the United States, England and Australia, and her sculptures are held in public and private collections across the globe.
Allen Wang
Allen Wang is currently attending Arizona State University and is an avid bicyclist. He was drawn to the project as someone who uses bike racks a lot as a bicycle commuter, and feels like they’re either one of two things: hard to use or ugly to look at. As an industrial design student, he wanted to create something that was both beautiful and functional. Gaining inspiration from the mountain ranges surrounding Phoenix and the unique, austere beauty of the desert landscape, he set out to create something that will look great in the urban environment, without tangling handle bars, wheels, brake cables or seats.