Roosevelt Row, the Phoenix Warehouse District and Downtown Core continue to attract a number of infill and high-rise residential development projects, in addition to an eclectic mix of new restaurant and retail options. But there’s a surprising new hot spot for downtown development.

Dubbed “Roosevelt South” by the City of Phoenix, the area between Roosevelt and Van Buren streets, Central Avenue west to Seventh Avenue, is the single most popular area for downtown residential activity.

Within this small neighborhood, nine major projects and 2,500 residential units are currently in the pre-development and construction phases.

Offering everything from three-story townhomes on Sixth Avenue to a 25-story, 558-unit highrise on the southwest corner of Van Buren Street and Second Avenue — this activity translates into thousands of new residents in the next few years. 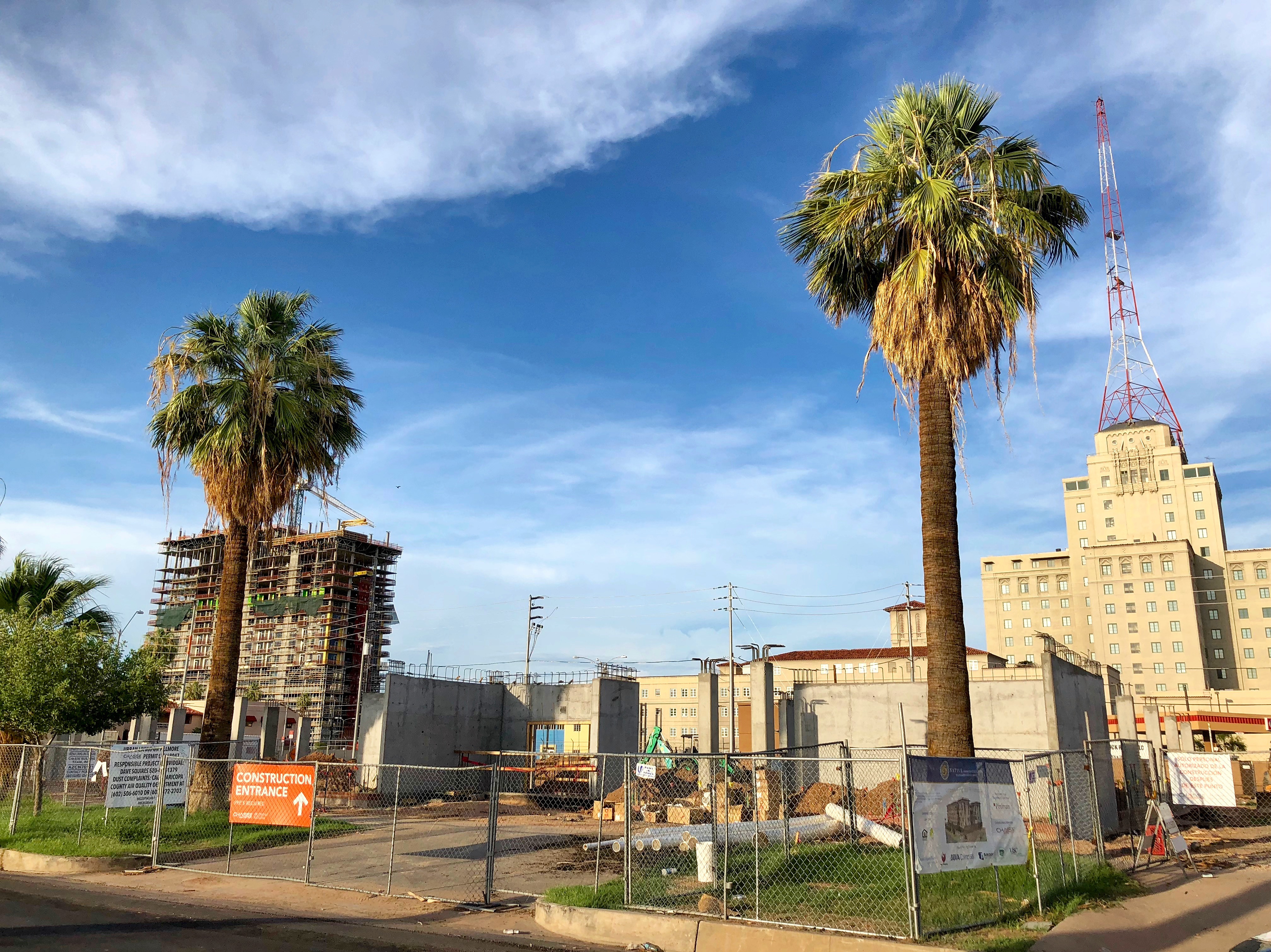 The majority of new residential construction is market rate, but West Downtown offers numerous affordable housing options, with a new one on the way at Second Avenue between McKinley and Fillmore streets. (Photo: Fara Illich)

“I’ve walked around this neighborhood many, many times, both at night and during the day, and what it’s missing is people,” said Dan Klocke, executive director of the Downtown Phoenix Partnership.

Between the roadway configuration changes on Third and Fifth avenues, new bike lanes, residential construction, and the ground-floor retail accompanying these projects, it’s going to create a more vibrant neighborhood feel, according to Klocke.

Roosevelt South is dotted with historic buildings like the H.M. Coe House, Westminster Apartments, the Charles Pugh House, and Lofts at Fillmore. Pockets of historic character, mature, tree-lined streets, proximity to the Downtown Core, and restaurants like Cibo and The Vig make it attractive for residents. 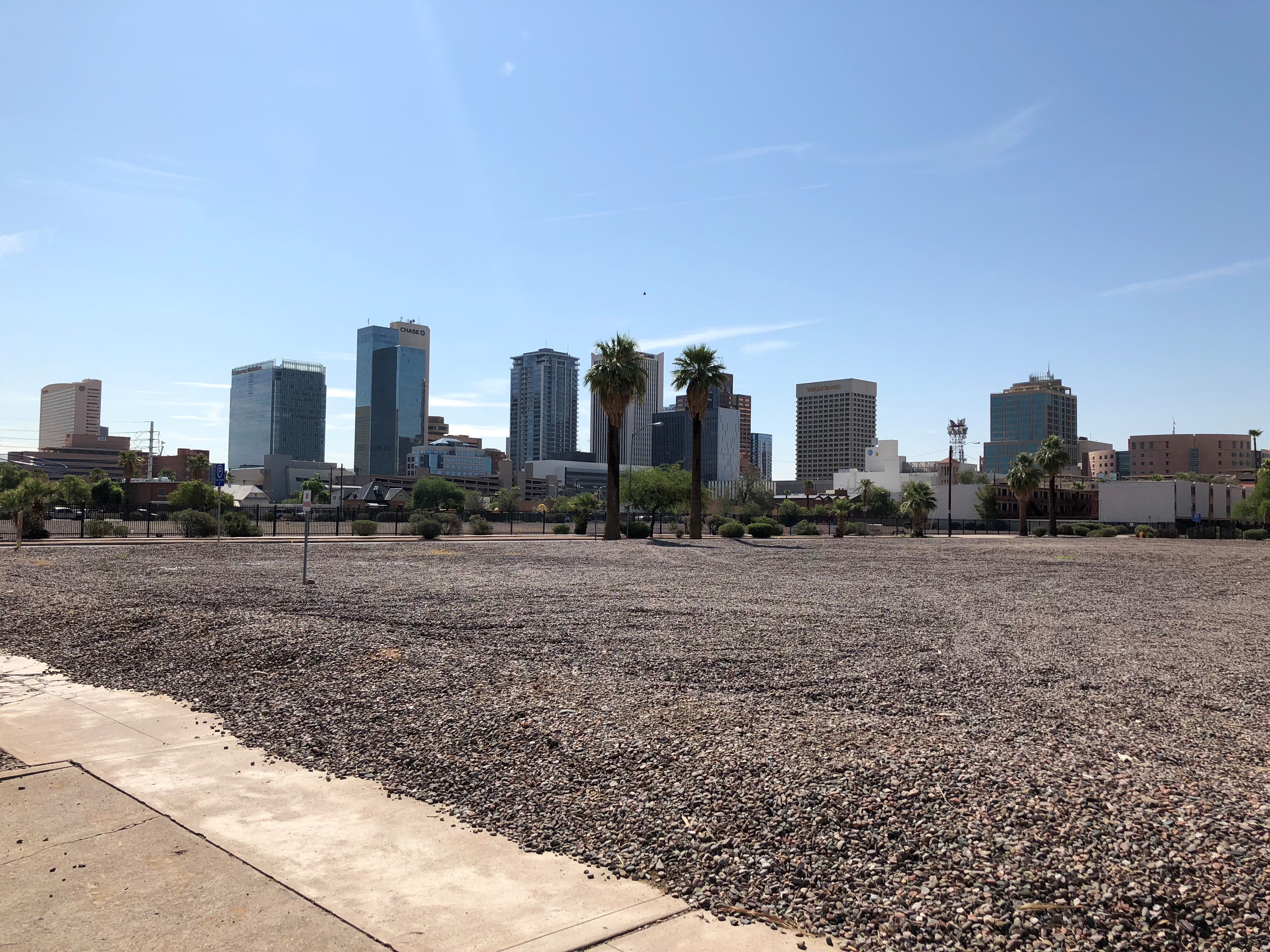 The Fillmore is a proposed development along Fillmore Street between Fourth and Sixth avenues. The first phase is expected to finish in 2020. (Photo: Fara Illich)

The gravel-filled swath of land covering 7 acres along Fillmore Street between Fourth and Sixth avenues offers perhaps one of the largest infill opportunities. The proposed project dubbed “The Fillmore” will add 712 apartment units, ground-floor retail, and streetscape improvements over the course of two phases. The first phase is expected to finish in 2020.

The majority of new construction is market rate, but overall, this area offers one of the most diverse mixed-income housing inventories in downtown, with more affordable units on the way.

Native American Connections is in the construction phase of an affordable housing project on Second Avenue between McKinley and Fillmore streets, which is expected to conclude in 2019. It will feature 60 apartment units – bringing the total number of affordable housing units in the area to more than 600.

So what’s driving this growth? In suburban development, the housing subdivisions are built first, and restaurant and retail amenities follow. But the opposite is true for urban development, according to Klocke.

Restaurant and entertainment options like Crescent Ballroom, The Van Buren and State 48 Brewery are helping to invigorate this area, which in turn, catalyzes residential demand.

The momentum took decades to build, largely through efforts by neighborhood groups, historic preservationists and the City of Phoenix. But mixed-use and mixed-income residential density is finally coming to the western part of downtown.