Hotel Developments and Renovations: More than 4,000 Rooms in Downtown Phoenix by 2020 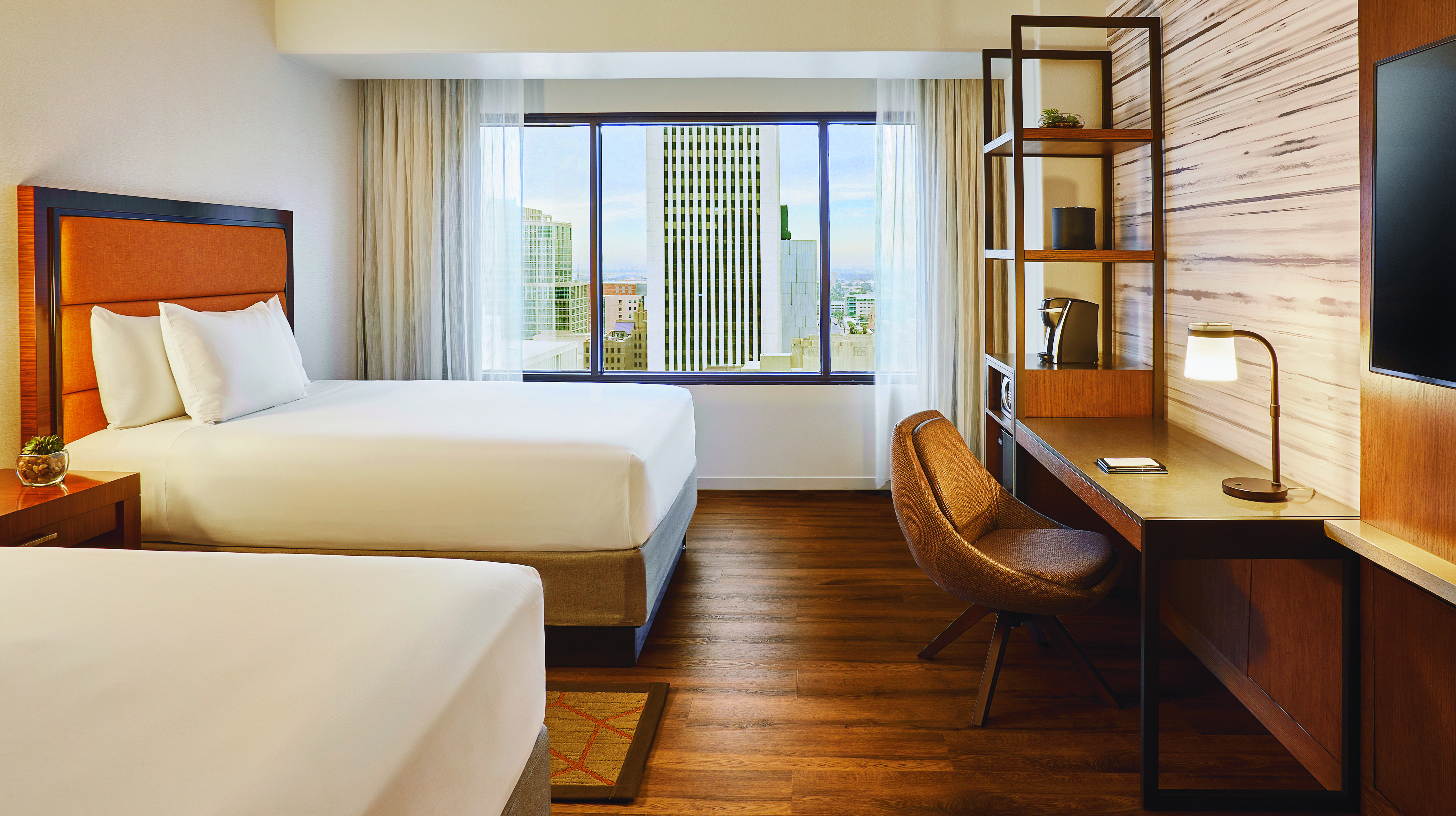 The surge of development in Downtown Phoenix is not slowing down anytime soon. With the Cambria hotel coming at the end of this year accompanied by extensive remodels of three major hotels, we can expect more than 4,000 hotel rooms in the urban core by 2020.

From floor-to-ceiling room remodels to coworking spaces, you can expect to see some pretty “suite” changes in the Sheraton Phoenix Downtown, Renaissance Phoenix Downtown Hotel and the Hyatt Regency Phoenix — as well as several new hotels planned within the next few years. 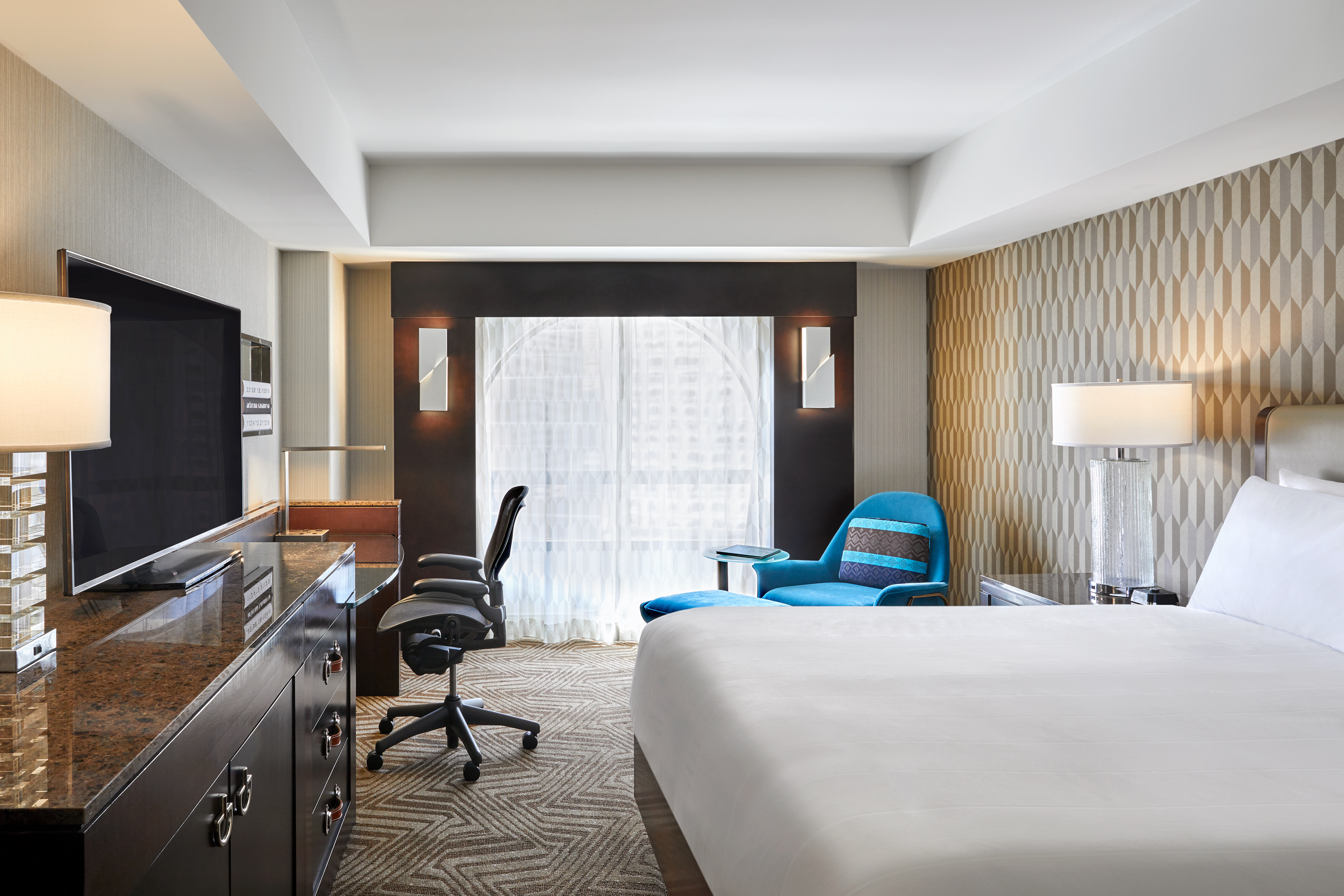 Sheraton Phoenix Downtown, Arizona’s largest hotel, is currently renovating all 1,000 of its rooms. Guests can expect bright, modern rooms that are homey yet incredibly functional.

The rooms are set to be completed by the end of this year — with two floors debuting this week as the first look at Sheraton’s transformation. The hotel will also be getting a completely refreshed lobby with construction starting on Sept. 1.

While the Hyatt Regency Phoenix is working on a floor-to-ceiling renovation of their 693 guestrooms, they’re also adding a new restaurant and market as well as revitalized meeting spaces.

Neighboring Renaissance Phoenix Downtown Hotel completed a $12 million renovation on their lobby and exterior in 2017 and has now shifted focus to remodeling their guestrooms rooms — splitting the construction between this summer and next.  The Renaissance rooms will get fresh carpet, wall coverings, lighting, window treatments and walk-in showers. 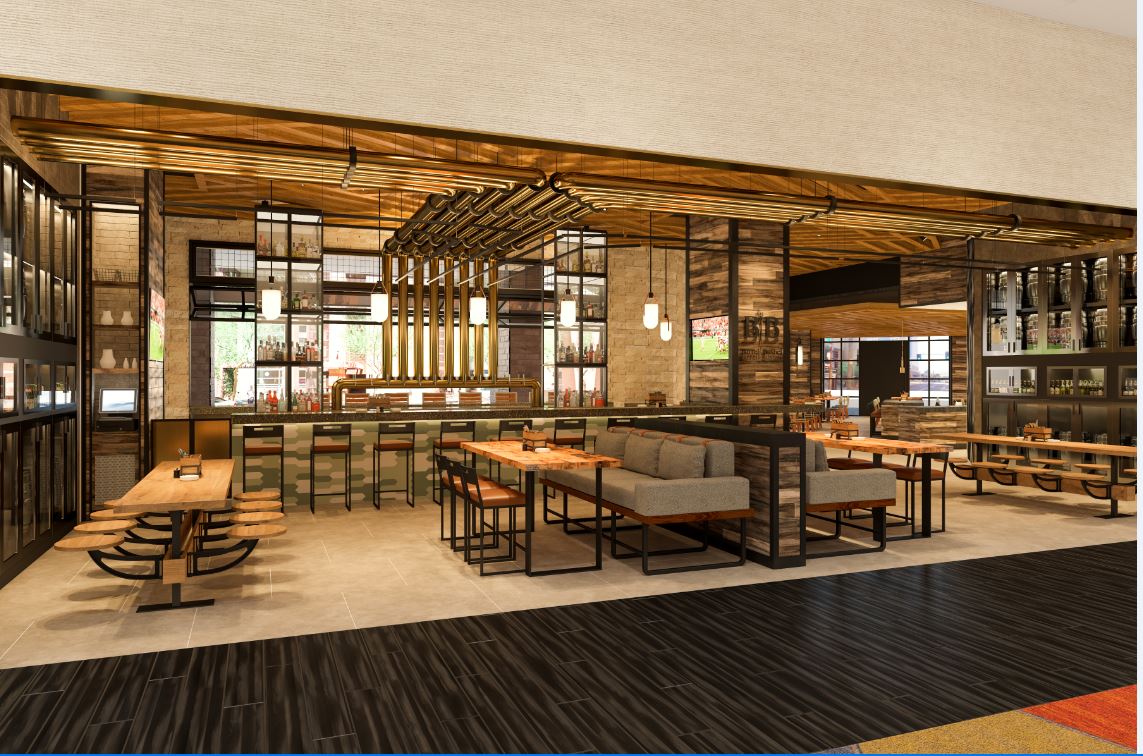 Locals and visitors can also look forward to new restaurants, meeting areas and places to hang out while in DTPHX. This is perfect timing in anticipation of nearly one million Phoenix Convention Center visitors this year, the Super Bowl in 2023 and the NCAA Final Four in 2024.

The Hyatt Regency Phoenix will be adding a perfect people-watching patio on Adams Street as well as an expanded market, three new meeting rooms and an expanded rooftop courtyard.
The former space of Networks Bar & Grill at the Hyatt Regency Phoenix is currently being replaced by Bushel & Barrel — set to open in December of this year. Downtown will also get a new restaurant at the Sheraton Phoenix Downtown that will serve Spanish-style cuisine.

Additionally, Sheraton Phoenix Downtown’s lobby will feature a Coffee Bar/Bar that allows guests to decide when they want coffee and when they want cocktails, as well as coworking spaces that are available to guests and the public via the Marriott Bonvoy app.

In other exciting updates, the Renaissance Phoenix Downtown Hotel opened the THRIVE Fitness Center last year with all new equipment. The hotel will also be adding a new mural on its west-facing wall in the next year in partnership with Artlink and Downtown Phoenix Partnership. 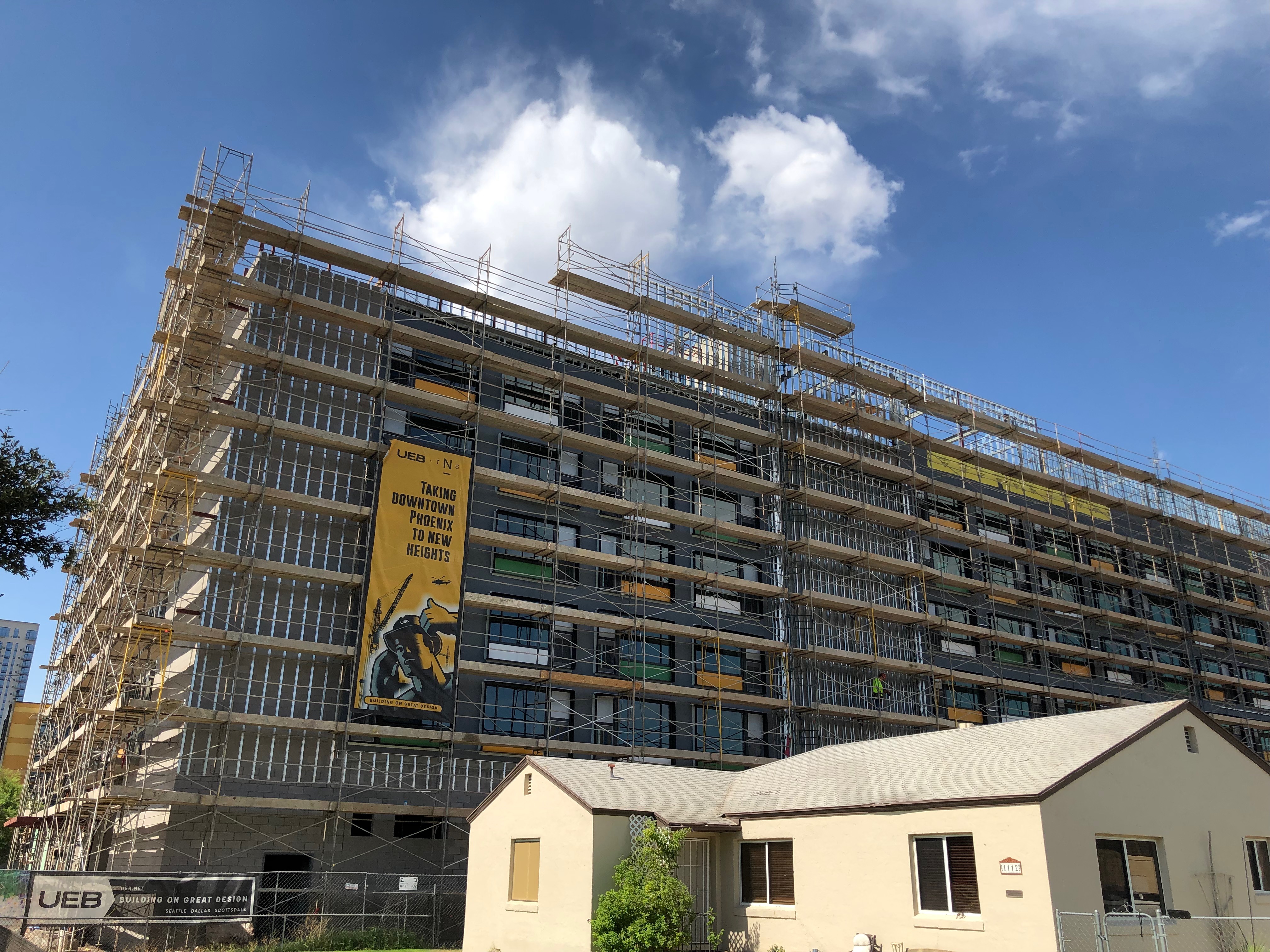 Why does the total number of hotel beds and renovations matter to locals? Because more hotel rooms and upgraded properties make DTPHX increasingly competitive for convention business and mega-events — while also giving Arizonans an exciting reason to get to know downtown all over again.

We’re anticipating 127 new rooms at the Cambria Hotel in late 2019 off Roosevelt Street, and in several years a Godfrey Hotel and Meow Wolf hotel on Roosevelt Row. There are also two proposed hotels in the works at Central Station and Central and Adams and several hotels exploring downtown for possible locations.