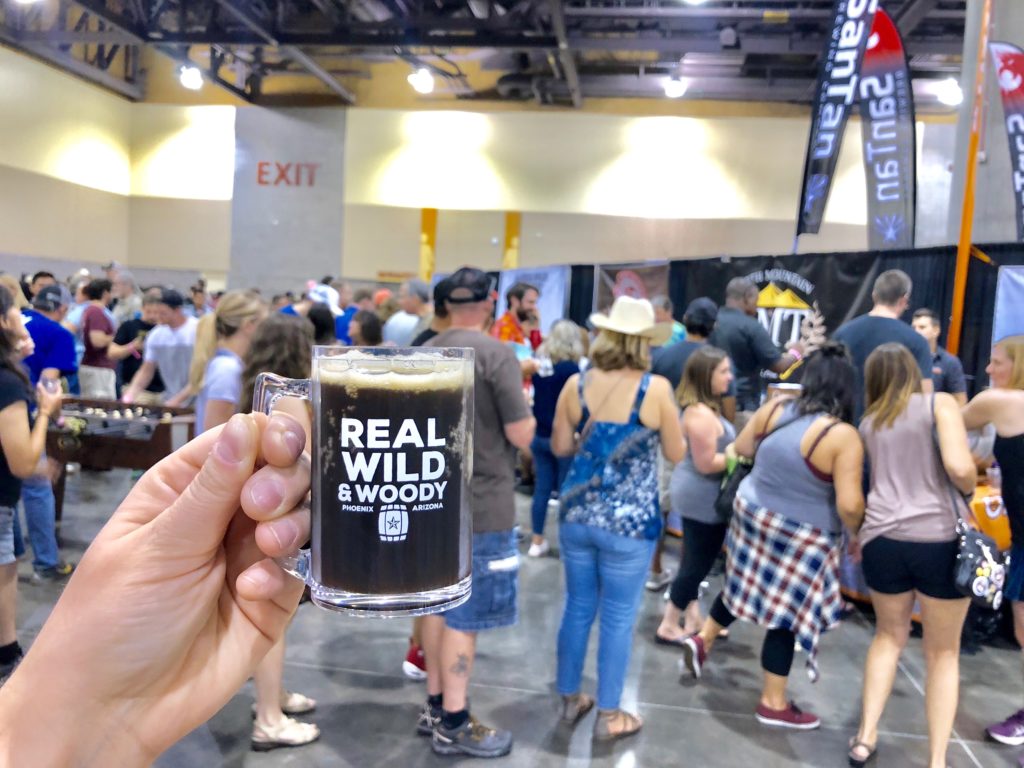 Baby, it’s hot outside! But on Saturday, July 27, the coolest craft beer festival returns to Downtown Phoenix giving craft beer lovers the chance to cool down with a cold brew… or twenty.
The Real Wild & Woody indoor beer festival takes over the lower level of Phoenix Convention Center North Building, bringing more than 75 of the Southwest’s best brewers and 350 craft beers to DTPHX.
Some well-known Arizona breweries — THAT Brewery, State 48 Brewery and Mother Road — will be pouring tasters of rare and unconventional brews prepared especially for this one-day, craft beer symposium.
What kind of beers can you expect? Let’s just say: Expect the unexpected.
As you might guess from its name, the event showcases some pretty wild and unconventional brew styles, and several beers that are unique to this event. So if the sound of cask-conditioned and barrel-aged, seasonal brews, beer cocktails and small batch favorites tickles your fancy, you might want to hop on tickets.
For $60, you get 20 beer samplings and small bites from local restaurants. Designated Driver Tickets are available in limited quantity and are $25 each. This ticket includes small bites only. Oh, and did we mention there’s air conditioning?
If you’re looking to imbibe in style, you may want to snag VIP tickets — the $80 one will get you in the door an hour early to savor your samples with less crowd. For $100, the VIP ticket gets you in early plus a delicious three-taco meal. Both VIP options also get a commemorative barrel glass.
To avoid those pesky online convenience fees, purchase tickets in-person at the ticket office (100 N. Third Street).
Real Wild & Woody
When: Saturday, July 27 from 2 to 6 p.m.
Where: Phoenix Convention Center
Cost: $60 general admission