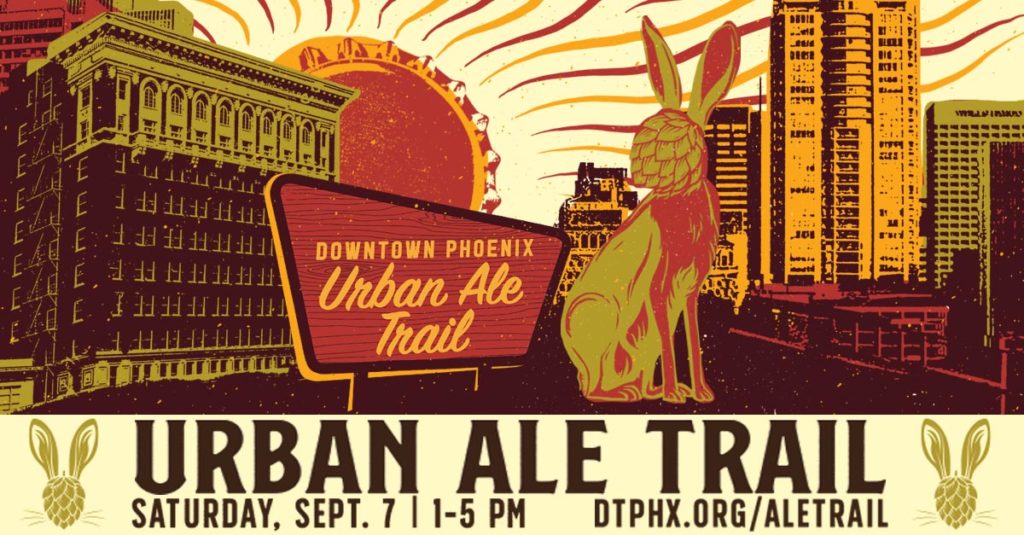 Hey there, hop stuff. Craving a brew or two? Want to spend your Saturday sampling more than two dozen pours? Well then, you’re a lucky rabbit — the Urban Ale Trail returns for its sixth year on Saturday, Sept. 7.
Gather your trail buddies and gear up for a trek through some of DTPHX’s most hopping bars and restaurants. The self-guided, free-to-attend event makes getting between locations easy with plenty of shade (thanks Clean & Green team!), the light rail just a hop away and 10% off two Lyft rides with code “ALETRAIL.”
More than 20 Downtown Phoenix bars and restaurants will be serving three varieties of 4-ounce beer samples for $2 each. Discover a new favorite hangout and make time for public art pit stops while foraging for samples of ales, lagers and specialty beers.
Many locations are serving up AZ brews — including Dust Cutter at the Renaissance Phoenix Downtown Hotel. Try the Achocolypse, a chocolate-infused dark porter from Prescott Brewing Company, and enjoy live entertainment in Dust Cutter’s modern urban saloon. Then, jump on over to Chico Malo for a sample of Lumberyard Brewing Company’s Hazy Angel IPA or imported beers like a Bohemia Clásica or Dos Equis Ambar. Arizona Wilderness DTPHX will be making its Urban Ale Trail debut with plenty of “hoptions”— you get to choose three samples of any AZW brew! Other participating restaurants include The Strand Urban Italian, Willie’s Taco Joint and GenuWine Arizona. 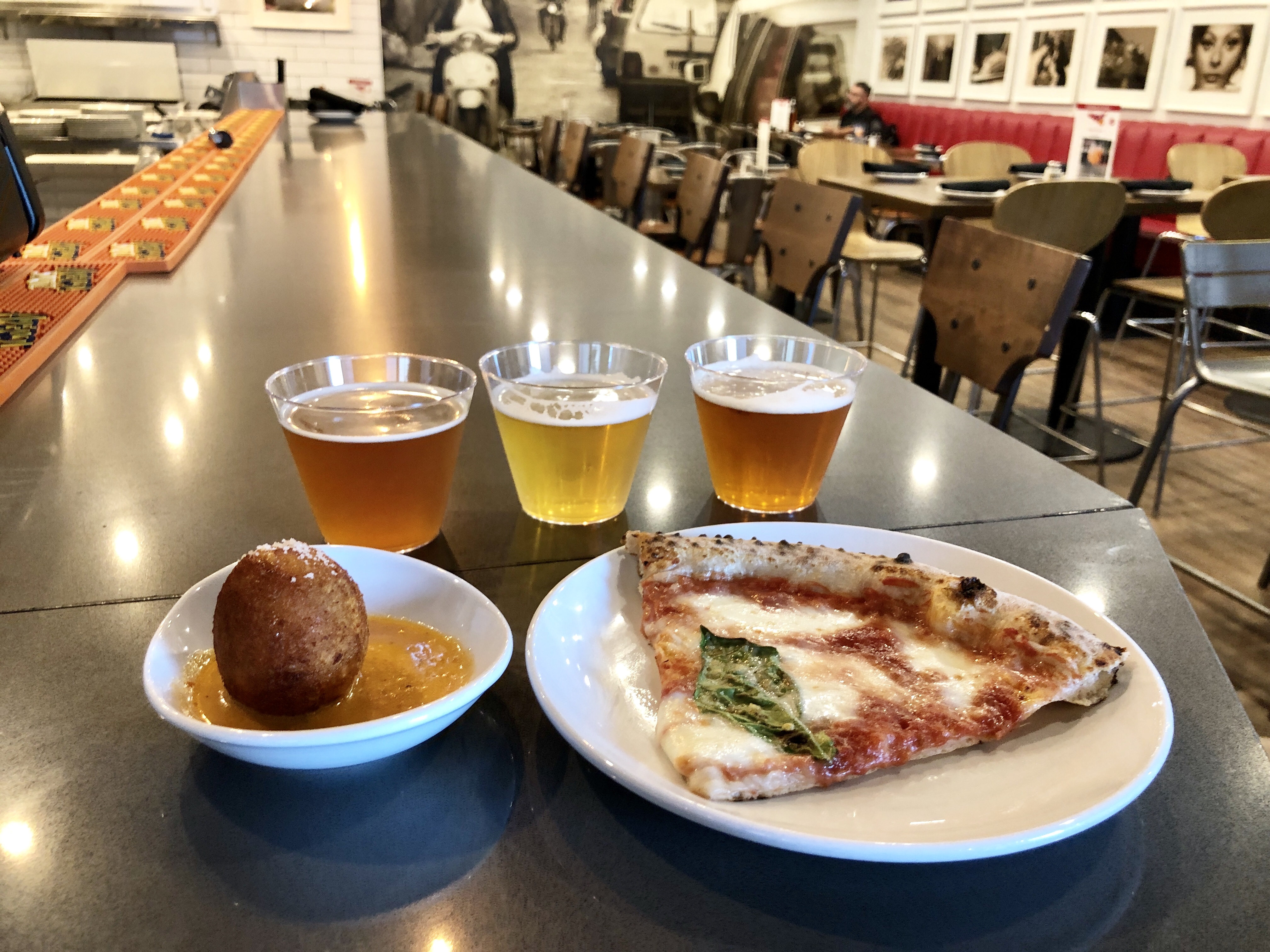 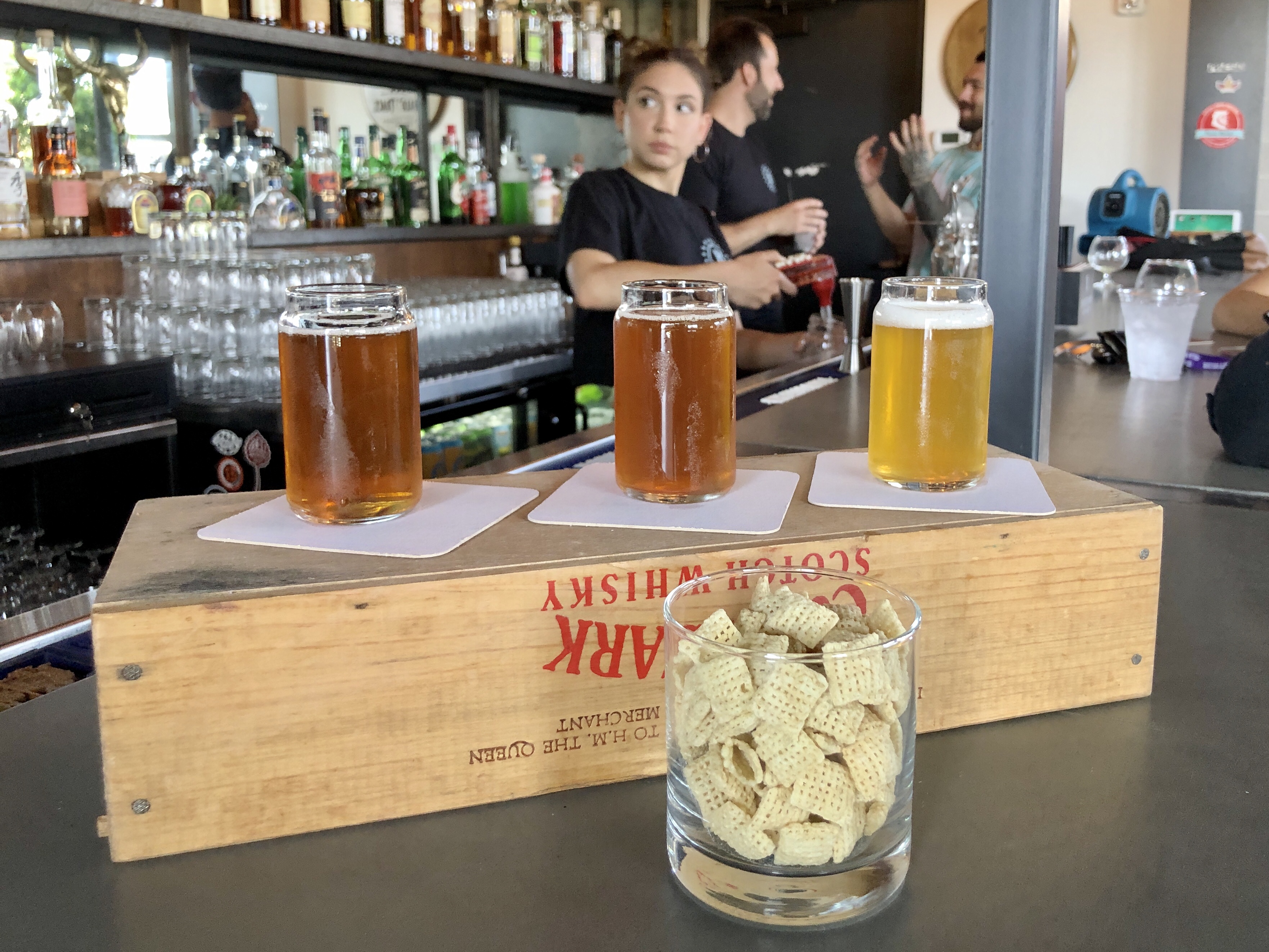 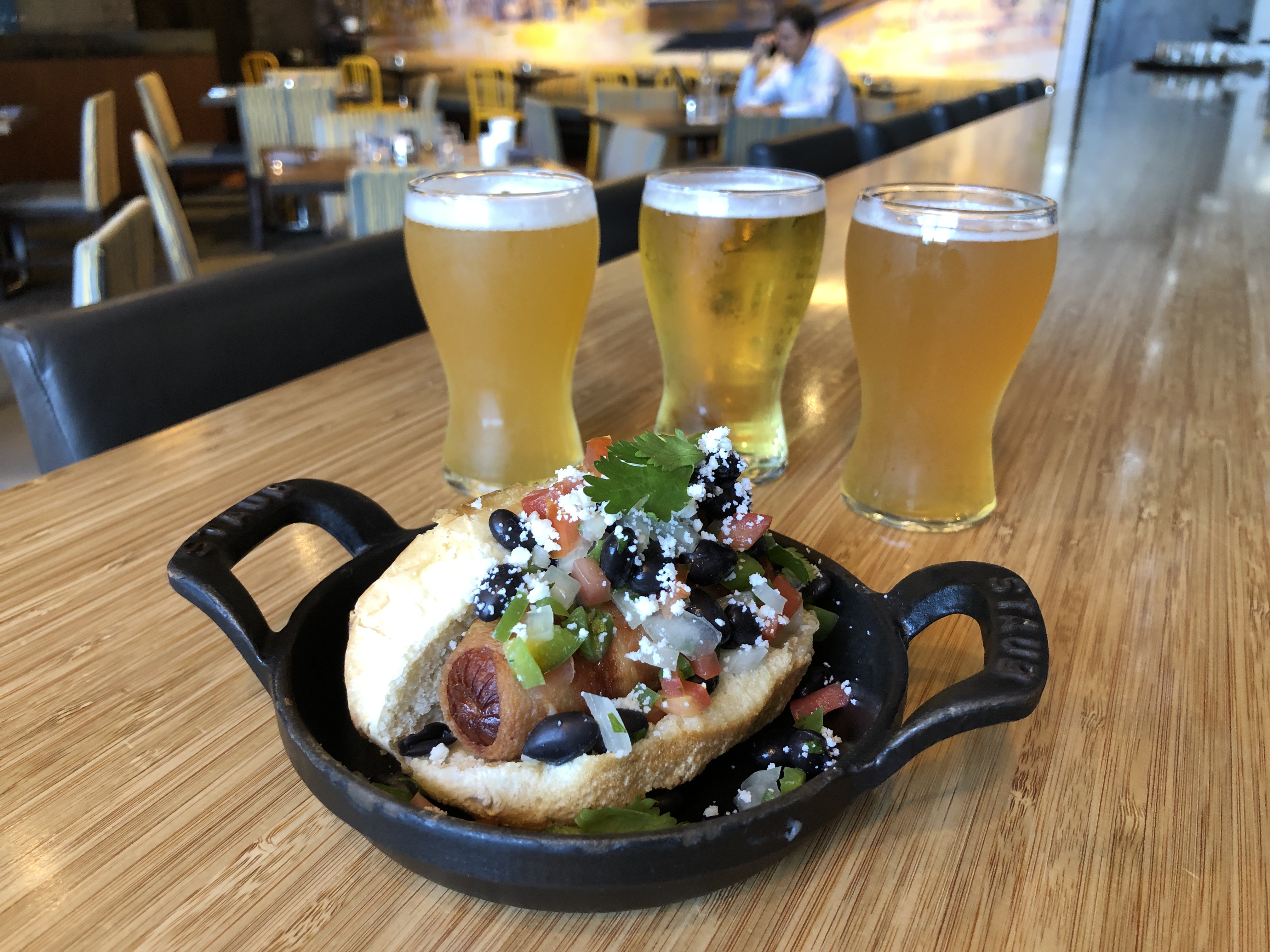 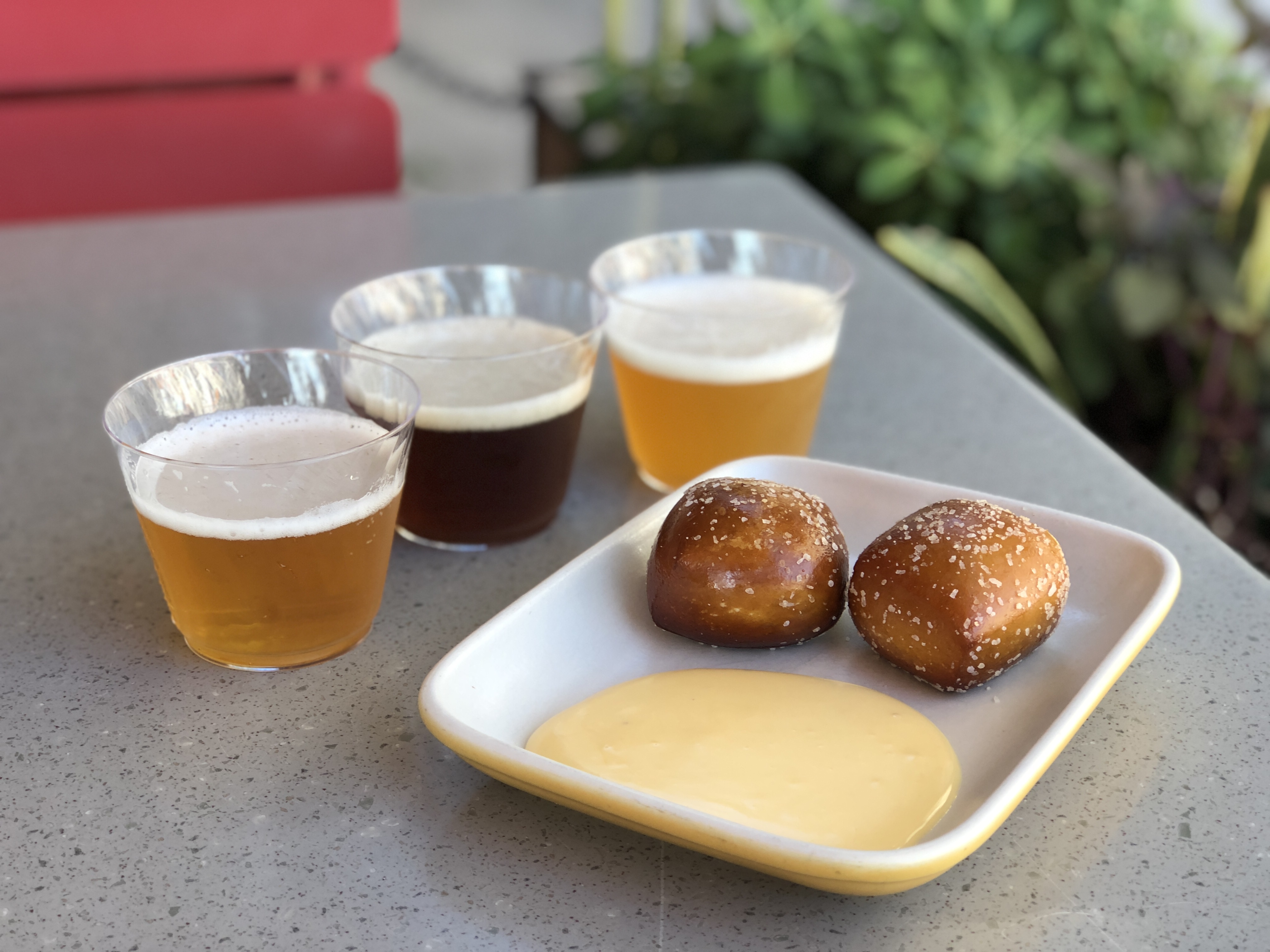 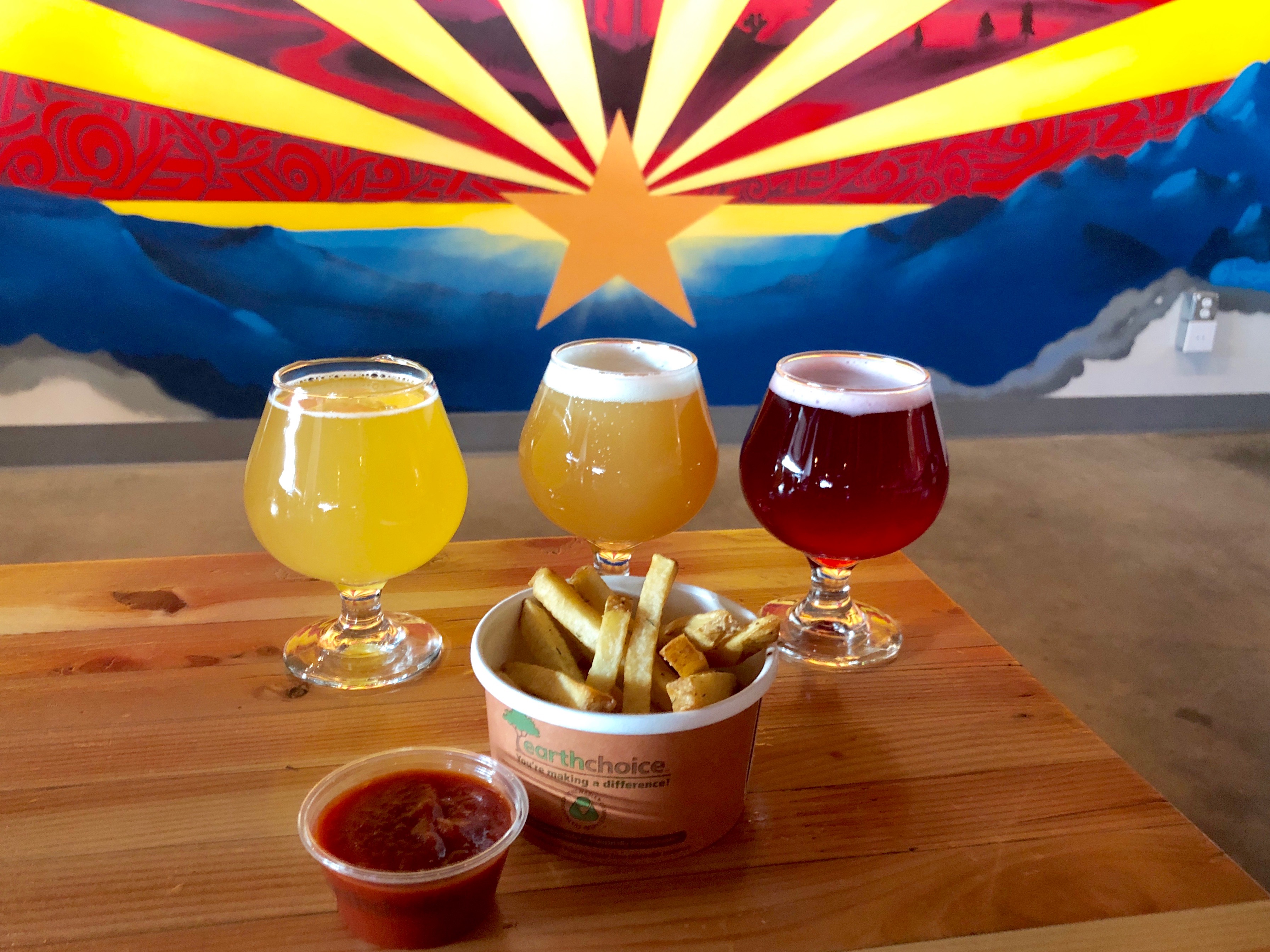 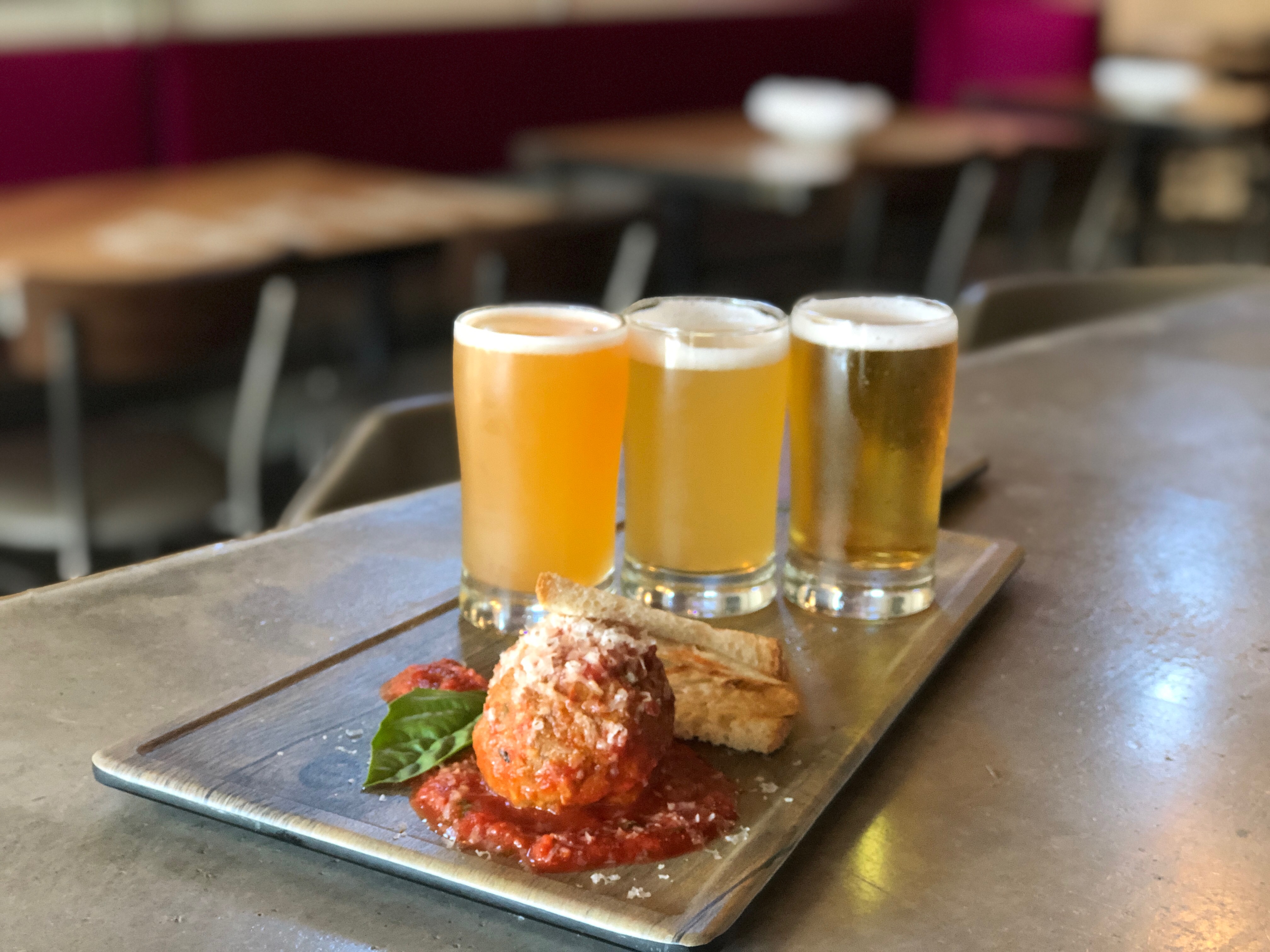 Of course, any experienced hiker knows you need plenty of snacks — and the Urban Ale Trail is no exception. Refuel with a slice of margherita pizza at Pomo Pizzeria or choose from chicken bites, buffalo cauliflower or cheese fries at MATCH Restaurant & Lounge. Each location will have their own complimentary treat while supplies last.
A full list of locations will be updated in the next couple of weeks and a downloadable map will be posted the week of the event. Keep in the know on all things Urban Ale Trail by marking that you’re “interested” or “going” on the Facebook event.
Know before you go:
🐰 No registration necessary — you can start when you want, where you want
🍺 The first 300 people at Patriots Park in CityScape Phoenix will get a free commemorative beer koozie and bottle opener
🐰 Bring cash for samples/tips
🍺 Don’t forget the sunscreen
🐰Please don’t drink and drive (that means bikes, too)