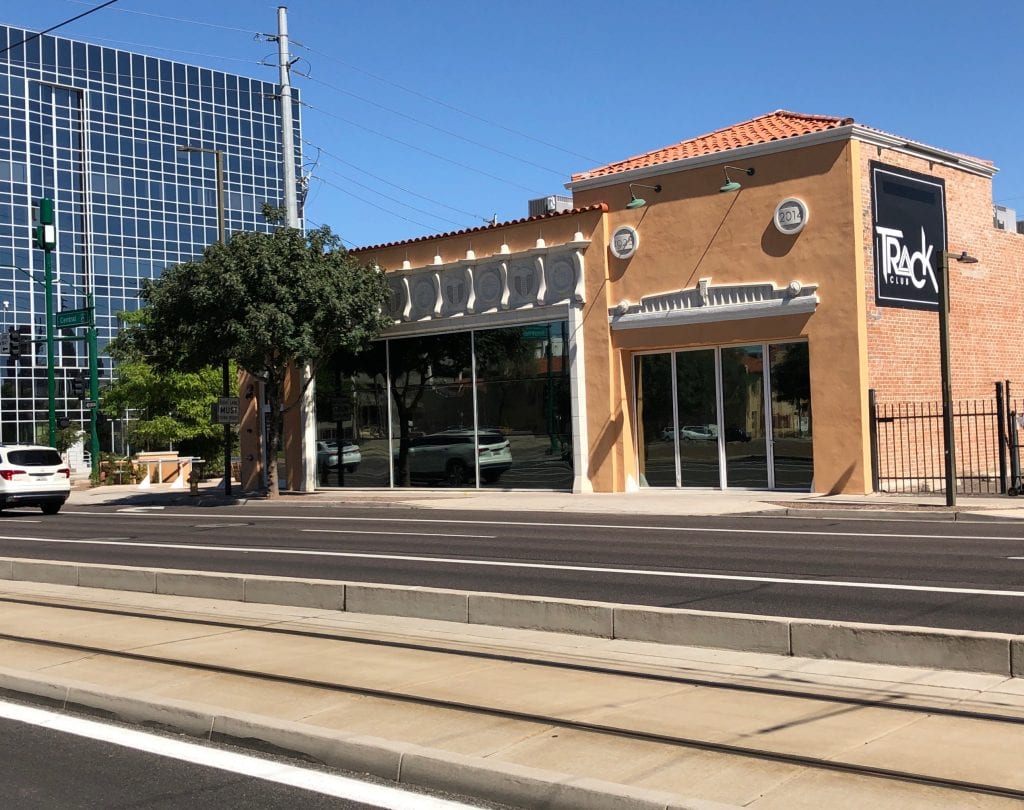 Restored in 2014 and turned into a multi-stall food court, Desoto Central Market closed in 2018 and was purchased the same year by Chuckie Duff, the developer behind a series a downtown historic preservation projects including Gallo Blanco, Gracie’s Tax Bar and Cobra Arcade Bar. Duff partnered with Relentless Beats’ Thomas Turner and Rattle & Rum founder Damon Scott to transform the historic C.P. Stephens DeSoto Six Motorcars building into an ultra-modern club with high-tech effects and a mezzanine level.

Over the past few months, Duff, Turner and Scott have transformed the inside of the space into a white canvas for local art, light shows and of course, musical experiences. EDM fan or not, you’ll want to check out this trendy new space and try one of the 10 tasty cocktails. 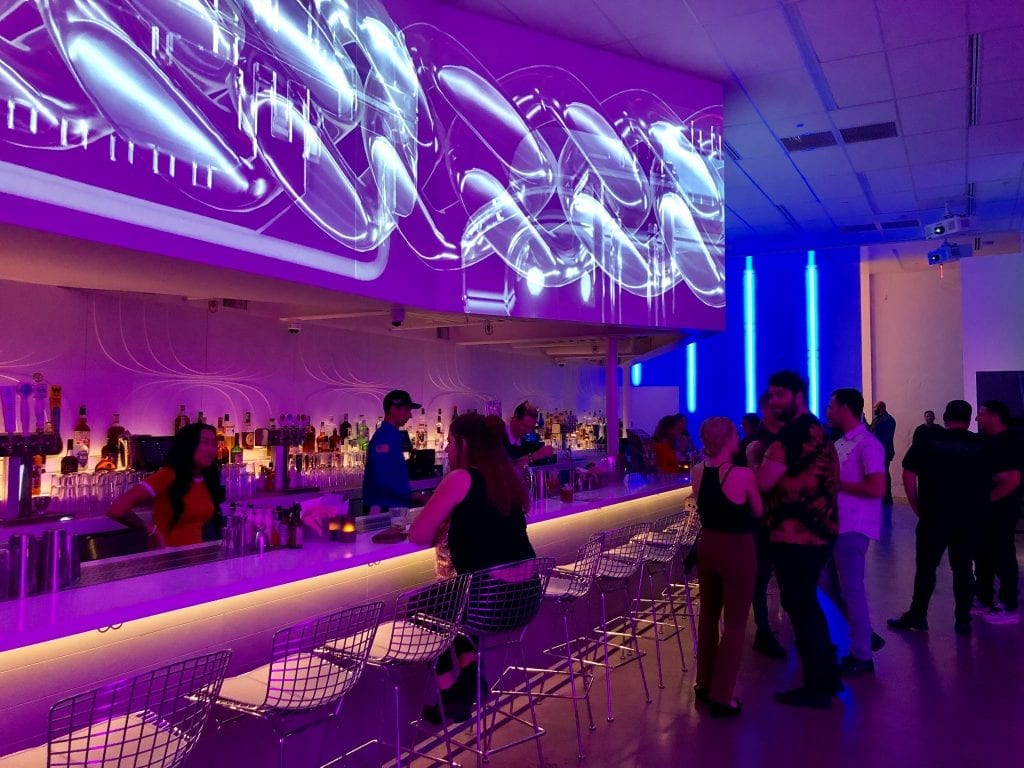 The Track Club Lounge will have local DJs playing six nights a week with no cover. (Photo: Lauren Potter)

Track Club is slated to open in two phases, beginning with the lounge and nightclub. Phase two will start in several months with a remodeled patio and restaurant concept planned. The project is being built by Alexander Building Company and designed by CCBG Architects, Inc. — who kept several DeSoto mementos in the design, including the staircase to the mezzanine level.

Programming in the ticketed nightclub section will be an eclectic mix of DJs and performers three to four nights a week with shows typically running from 9 p.m. to 2 a.m. You can choose between general admission tickets and the VIP mezzanine — which has table service and its own bar. The dance floor in the nightclub can accommodate up to 750 people while the VIP mezzanine can hold 250.

There are four total bars in Track Club with two downstairs in the nightclub, one in the mezzanine and another in the lounge.  The mezzanine level will offer specialty cocktails that aren’t available from the other bars’ menus, while the lounge will feature 10 total cocktails — most of which are under $10.

Track Club’s lounge and patio will be open with no cover from 4 p.m. to 2 a.m. Tuesday through Sunday. A crow’s nest DJ booth has been built over the lounge space — where local DJs will play six nights a week. The space also features local art from Austin M. Sanchez, Josh Bask and Nick Guti. 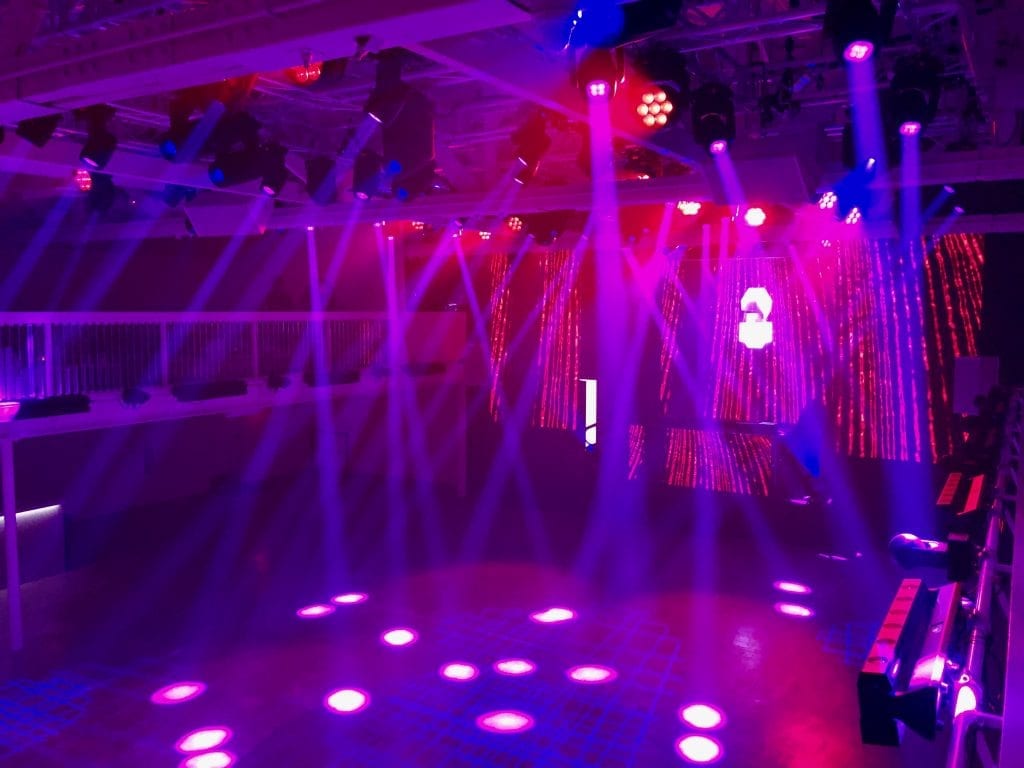 The nightclub is illuminated with 140 moving light heads, a true feat for this size of a club. (Photo: Lauren Potter)

A First Friday performance on Oct. 4 by local DJ Gerry Gonza and other Valley artists will kick off Track Club’s opening weekend. Other shows to look forward to include What So Not on Oct. 5, Kaskade on Nov. 9 and Marc Kinchen with special guest Dom Dolla on Nov. 16.

General admission for the First Friday show is $7, while What So Not starts at $25. Kaskade tickets start at $75 and all current Track Club shows are 21 and up.