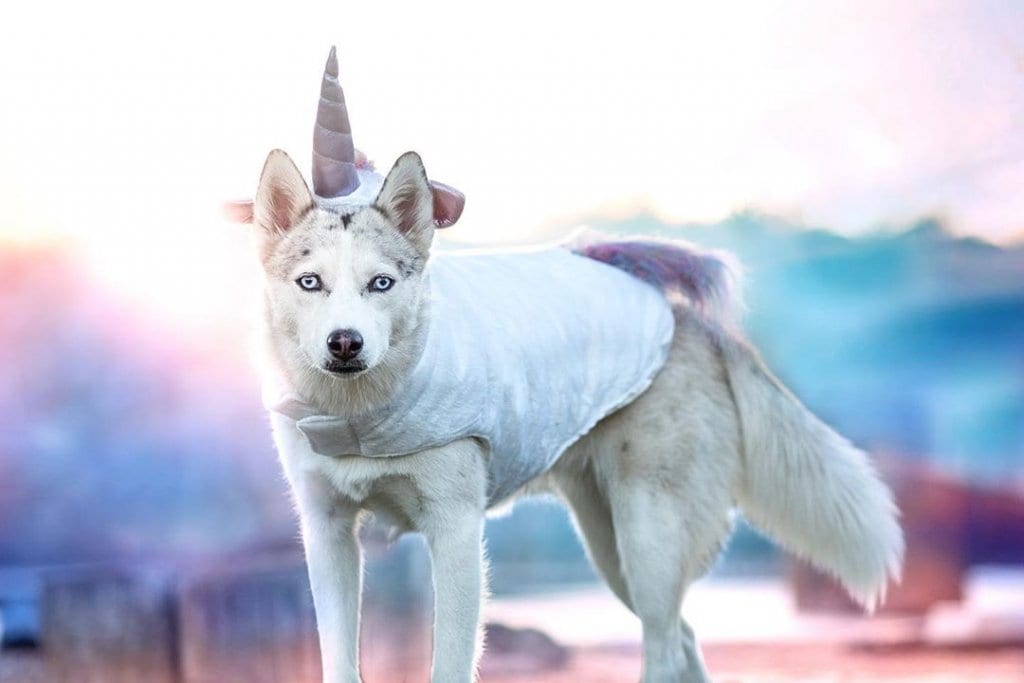 Howl-o-ween Featuring The Big Dog Show will showcase dogs dressed to the nines in competition for the grand prize. (Photo: @kala_the_pomsky)

If you’re a dog lover, it’s probably not too far-fetched to say Sunday, Oct. 27 is going to be the best doggone day ever.

This is your chance to get creative and involve the whole family ⁠— the Downtown Phoenix Inc. and Arizona Humane Society (AHS) event will offer grand prizes to the three pups with the best costumes.

Parade tickets are $30 and can be purchased at the event until 12:45. Proceeds benefit AHS ⁠— who will also have adoptable dogs ready to find their forever home.

We’re unleashing* a whole lot of Halloween fun from 12 to 4 p.m. on Sunday, Oct. 27 on the west side of Margaret T. Hance Park.

Get to the park for lunch and enjoy Dang Brothers Pizza and a cool treat from either Love Acai Bowls, Cuties Lemonade & More or Cantaguas. Dogs Eating Cake will also be serving cupcakes and treats made specially for our furry friends.

The parade starts at 1 p.m. near the Japanese Friendship Garden side of the park, so make sure you’re all checked in and ready to strut before then. A panel of judges will be on the lookout for their favorite costumes — and the grand prize winner will get a photo session at Hatton Pet Portrait Studio. The second and third place winners will also get awards.

In addition to a canine costumed Sunday “funday” in the park, The Big Dog Show will be making its debut — a traveling art installation raising funds for pets in-need around the country. Featuring 20 eight-foot dog sculptures, you’ll be able to see this homage to man’s best friend on the west side of Hance Park during the Howl-o-ween Dog Parade, and throughout the entire month of November. 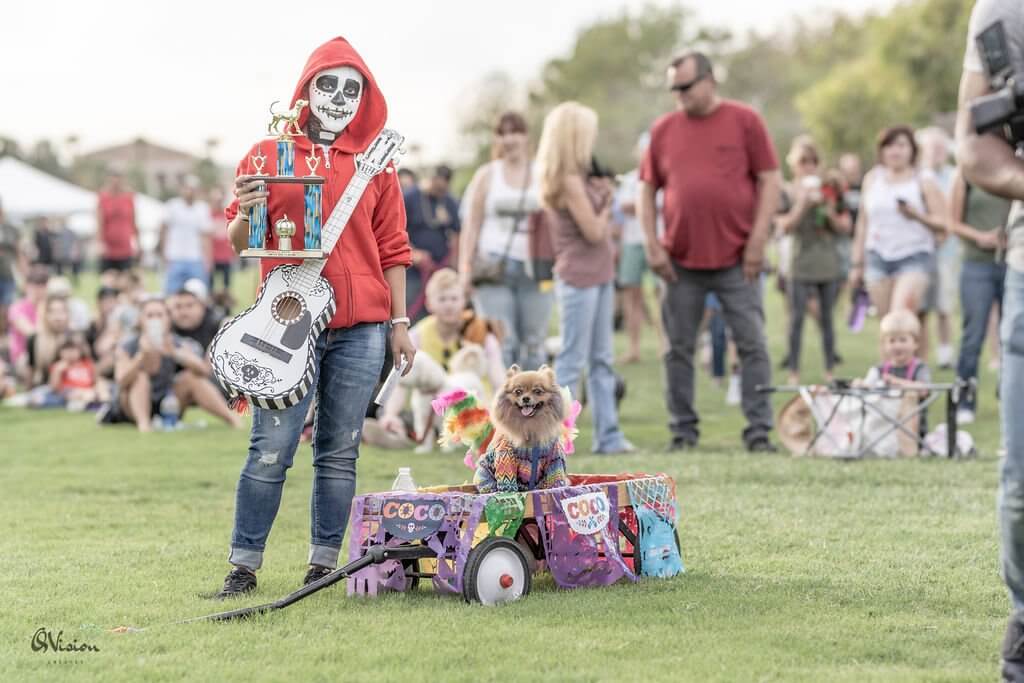 Time to get crafting. The 2018 Howl-o-ween grand prize winner dressed as Dante from Disney/Pixar’s Coco — with their owner as Miguel to accompany. Other costumes we loved last year included a pirate family, a Jurassic “bark” theme and a Rastafarian dog.

Bring your entire family and plan a fun theme. Or, find a less time-consuming costume online. What’s most important is that you and your pup have a good time!

Some of the Valley’s most influential pups will be in attendance.

Look for Clyde the Super Husky leading the parade with his friends, Marley and Mabel, Tilly the Triever and Dire Wolves of PHX. Check out a sneak preview of their costumes below and don’t forget to get your pup registered.