Arizona Housing Crisis: How Home Buyers Can Help With Just $25 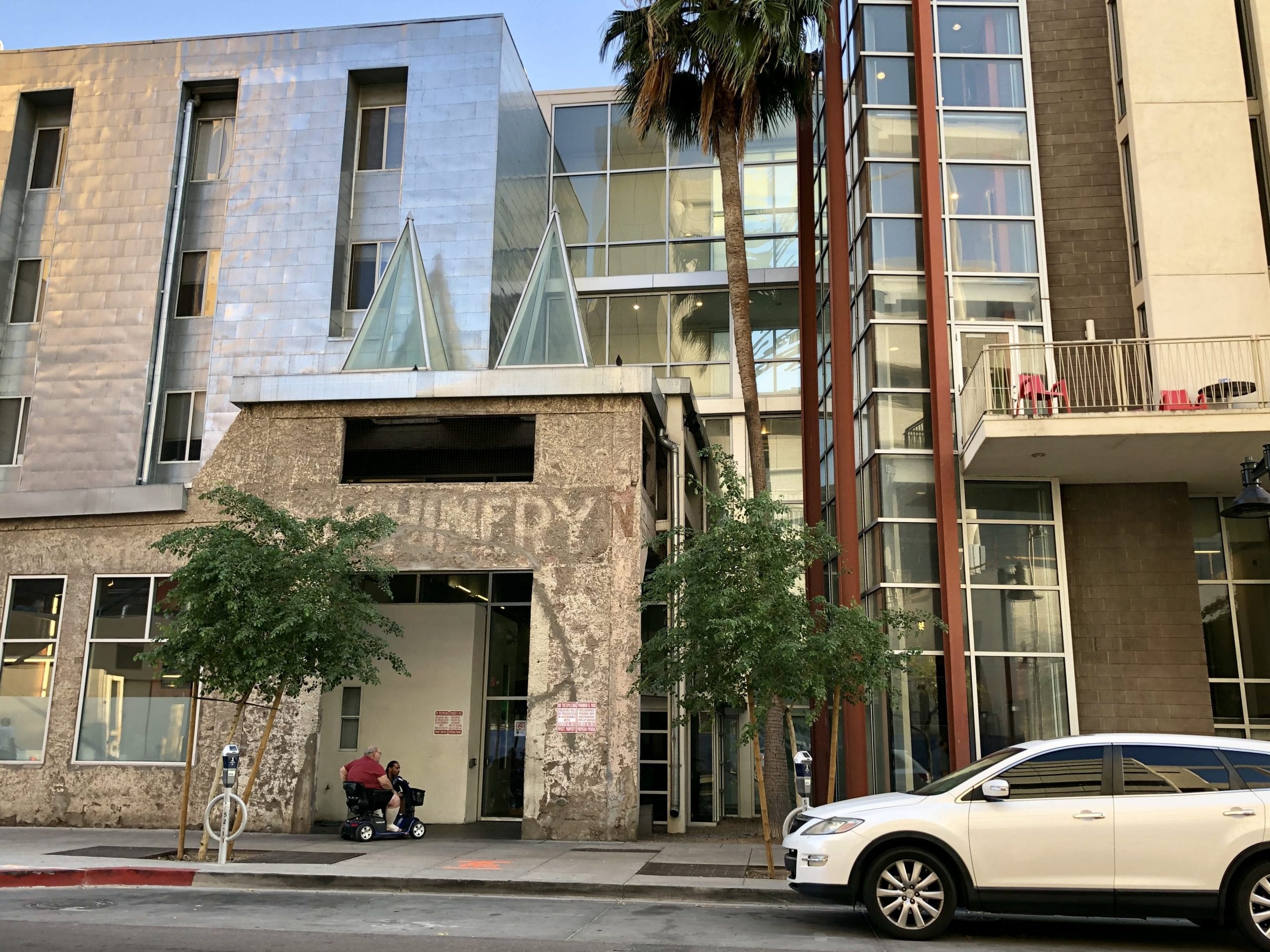 The founder of the Arizona Housing Fund, Howard Epstein, currently serves as the board president of Arizona Housing Inc., a local nonprofit that owns and operates 600 affordable housing units in Phoenix, including this one in downtown at 209 W. Jackson Street. (Photo: Fara Illich)

Buy a new home to help someone get closer to one.

“The beauty of the fund is that it’s going to be sustainable,” Epstein said. “It’s a long-term solution for all the communities in our state. It’s going to help solve a problem that’s going to continue to keep growing.”

The way it works is simple. A $25 voluntary donation is offered during a residential real estate transaction ($100 for commercial), the funds are collected by the Arizona Community Foundation, and then distributed in the form of grants to nonprofit agencies with a proven track record of building and operating permanent, supportive or low income housing units.

By connecting people experiencing homelessness to housing, and in some cases an added layer of onsite services (known as supportive housing), they have a stable platform from which they can address other issues such as employment, health or substance abuse.

Last year, more than 83,000 homes were sold in Maricopa County alone, according to the Arizona Regional Multiple Listing Service. So as the fund grows beyond the Valley, with more partners and participants around the state, it has the capacity to generate a significant amount of money over time.

Donating is easy —  it can essentially get tacked on to closing costs when someone purchases a home or property. Each party involved in the transaction can opt in — including the seller, borrower, lenders and real estate professionals — potentially generating $100 or more in a single residential transaction.

“People love this program because it is a private sector solution and it is all voluntary,” Epstein said. “If the AZHF donation sheet becomes standard in every home sale package, this could profoundly change the trajectory of homelessness in our state.”

For those not involved in a home or property sale — there’s a secure, easy way for anyone to contribute on the website, which is 100 percent tax deductible.

Since the fund launched in August, the Home Builders Association of Central Arizona, the Arizona Association of Realtors, and a number of other nonprofits and financial institutions have pledged support. Meritage Homes, for example, will match buyers’ contributions for every sale in Arizona, and their dollars are already coming in.

Dr. Sheila Harris is a long-time affordable housing advocate, and co-chair of the new Phoenix Community Alliance (PCA) Social and Housing Advancement Committee. PCA is the membership affiliate and advocacy arm of Downtown Phoenix Inc., and the committee has worked with Epstein on the fund since its inception.

“It’s innovative, it’s voluntary, it’s a new way, a new approach to getting additional resources,” Harris said. “That’s the main challenge we’re having with developing affordable housing — we simply don’t have the resources that are needed for it to be produced.”

Arizona’s State Housing Trust Fund, which is the primary state-level funding source for affordable housing projects and assistance, was capped at $2.5 million during the Great Recession. The legislature finally removed that cap and bumped funding up to $15 million this year, but that’s still a fraction of what it once was — $40 million at its height in 2007.

Statewide, Arizona has the third-most-severe affordable housing shortage in the country, according to a 2017 report by the National Low Income Housing Coalition. That means for every 100 people with extremely low income, there are only 25 available houses.

Exacerbated by growing rents, over-extending supportive services, and high eviction rates, many people are at risk of homelessness, especially those on the poverty line.

“Even if you’re lucky enough to get into an emergency shelter, that is a really difficult existence,” Epstein said.  “When you meet someone that finally has their own room somewhere, and they’re actually paying rent and part of a community — it’s just really gratifying.”

In addition to a career in real estate, and a number of connections in that sphere, Epstein is board treasurer of PCA, and currently serves as the board president of Arizona Housing Inc., a local nonprofit that owns and operates 600 affordable housing units in Phoenix, including a project in Downtown Phoenix at 209 W. Jackson Street.