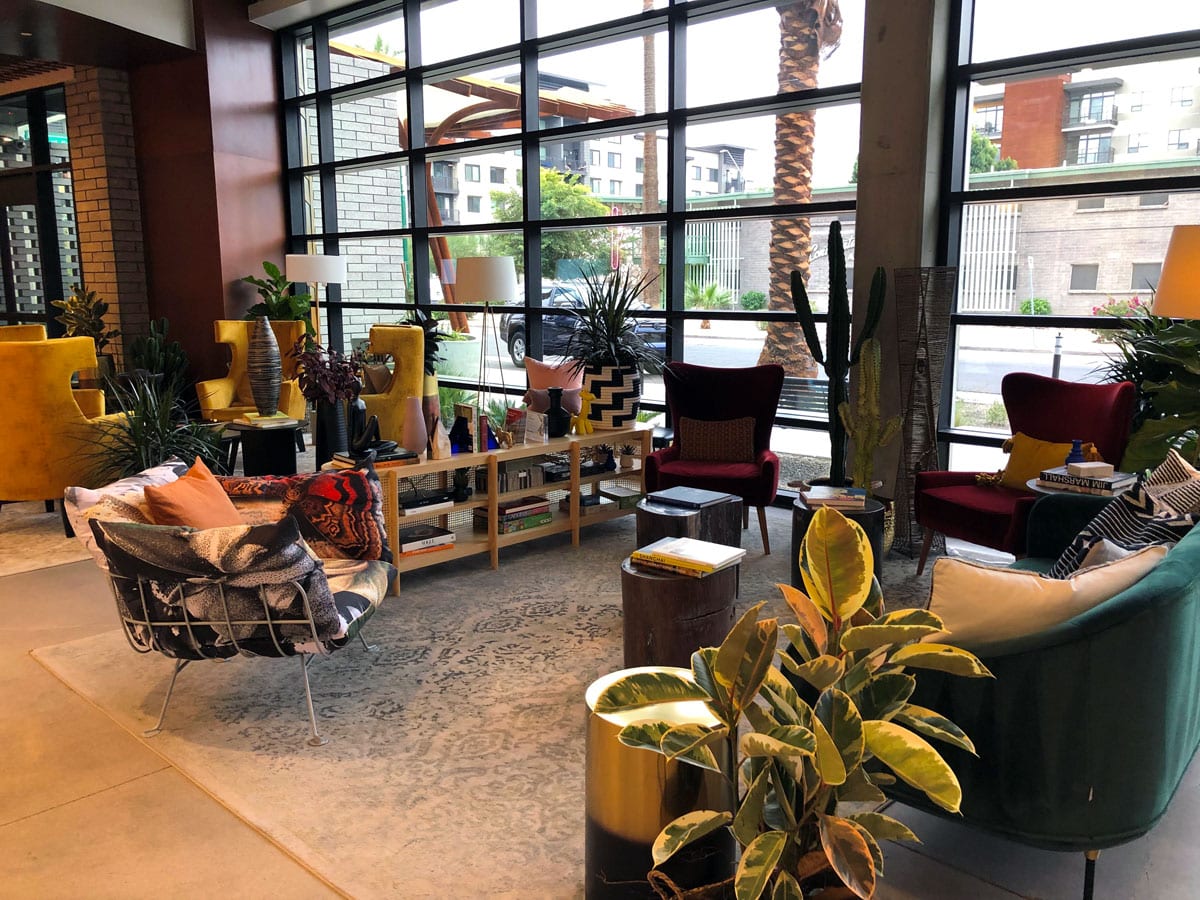 Pops of color, geometric shapes and hints of the natural world fill the interior and exterior walls of the new Cambria Hotel in the Roosevelt Row Artists’ District, which opened in December. 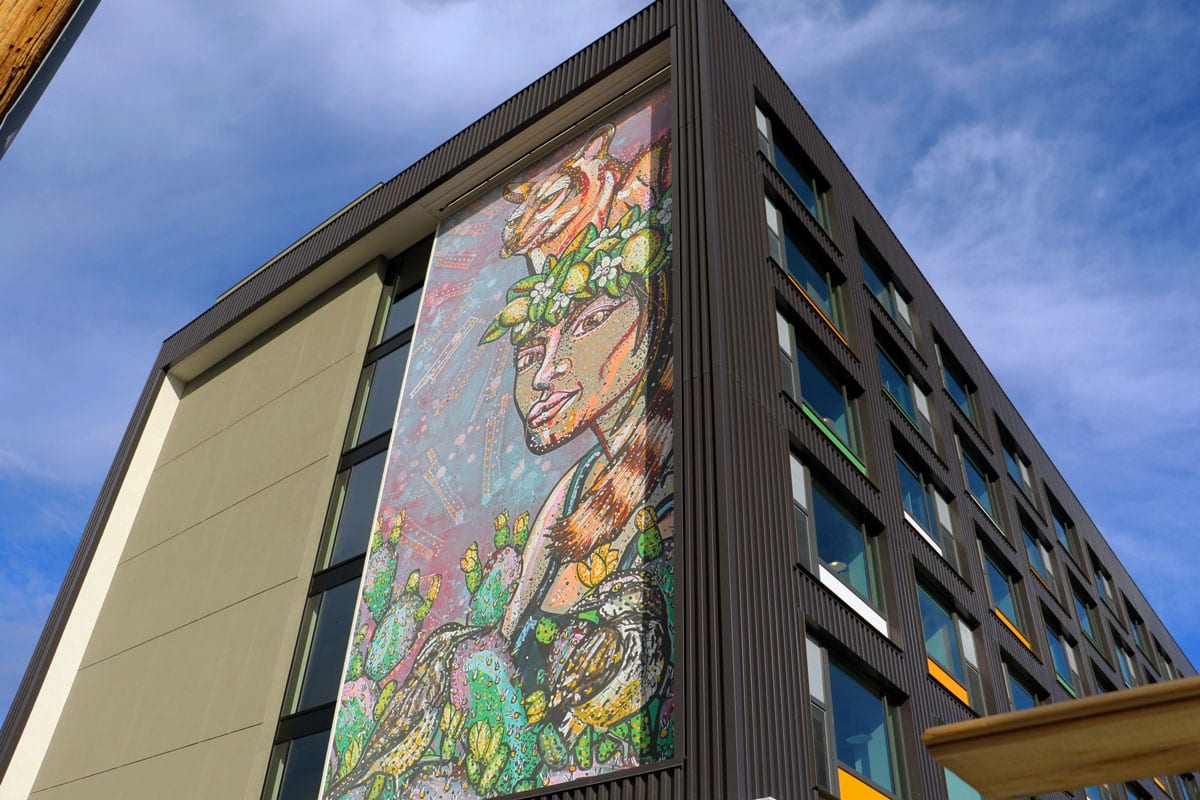 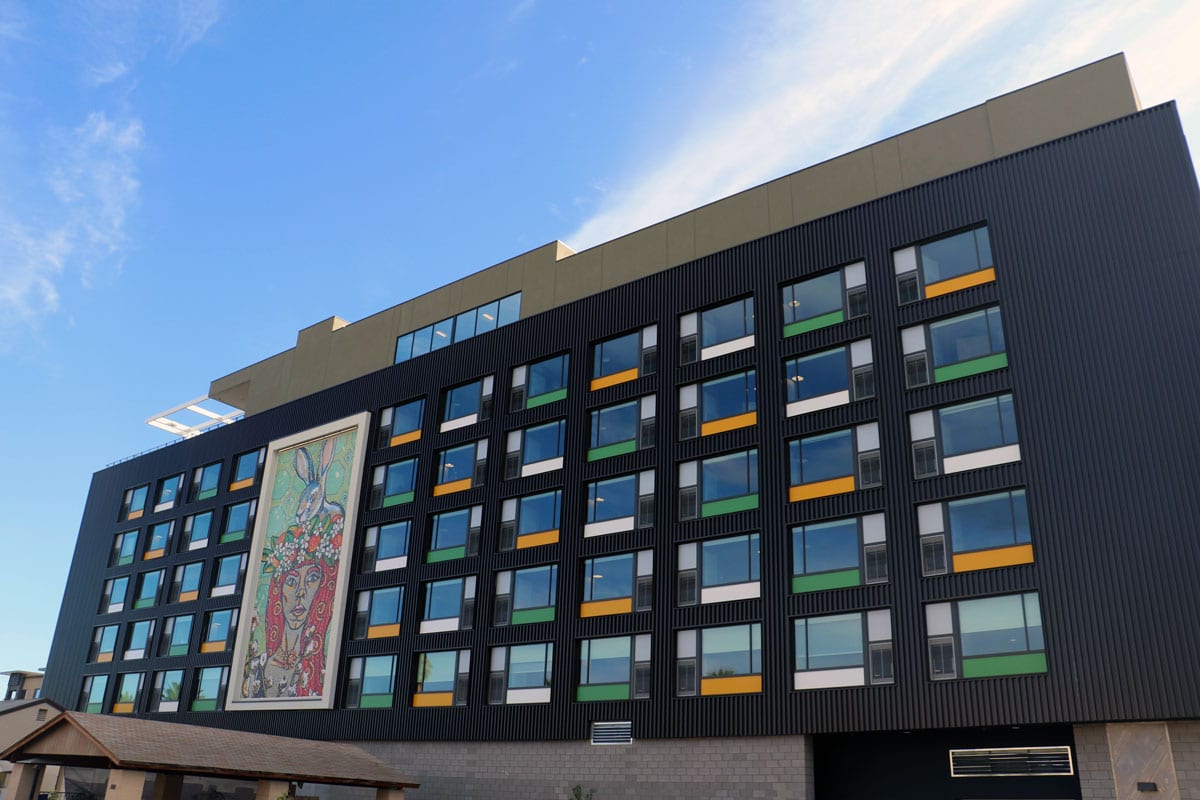 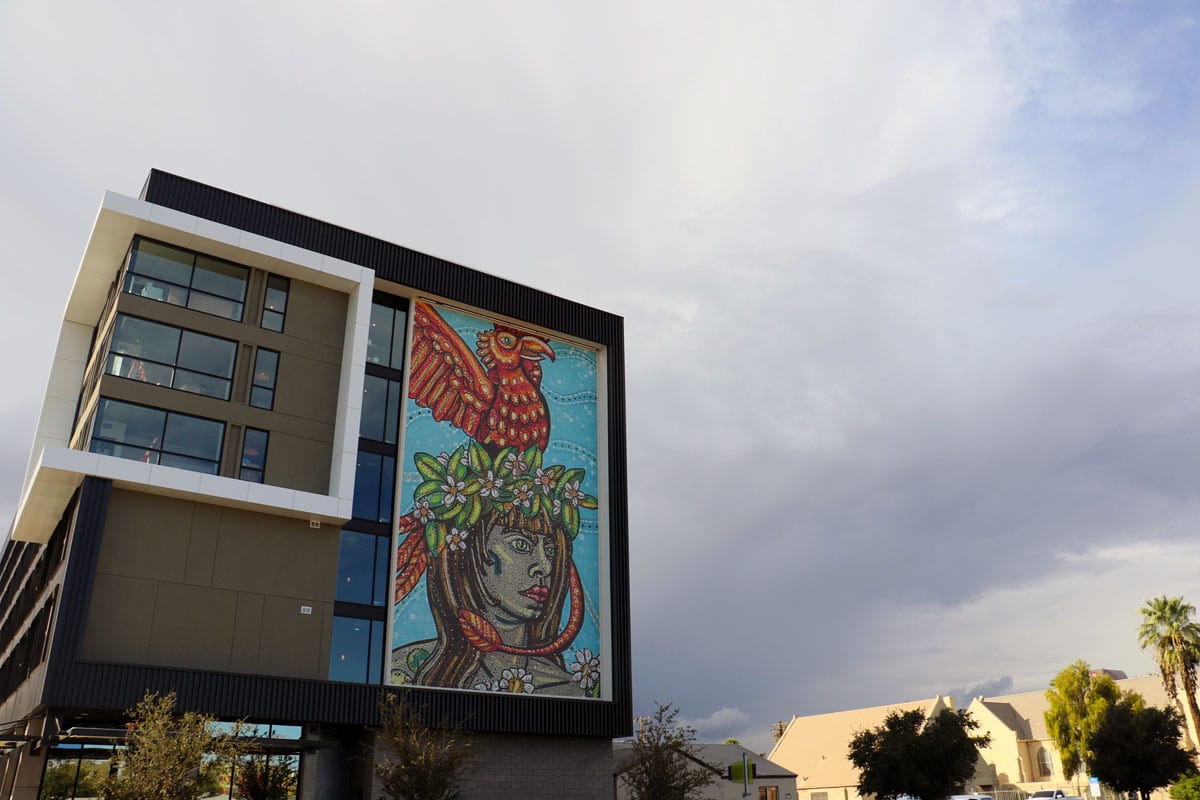 From five-story murals to custom paintings, the hotel’s arts package is worth more than $200,000, according to Dorina Bustamante, who works in community development for True North Studio. 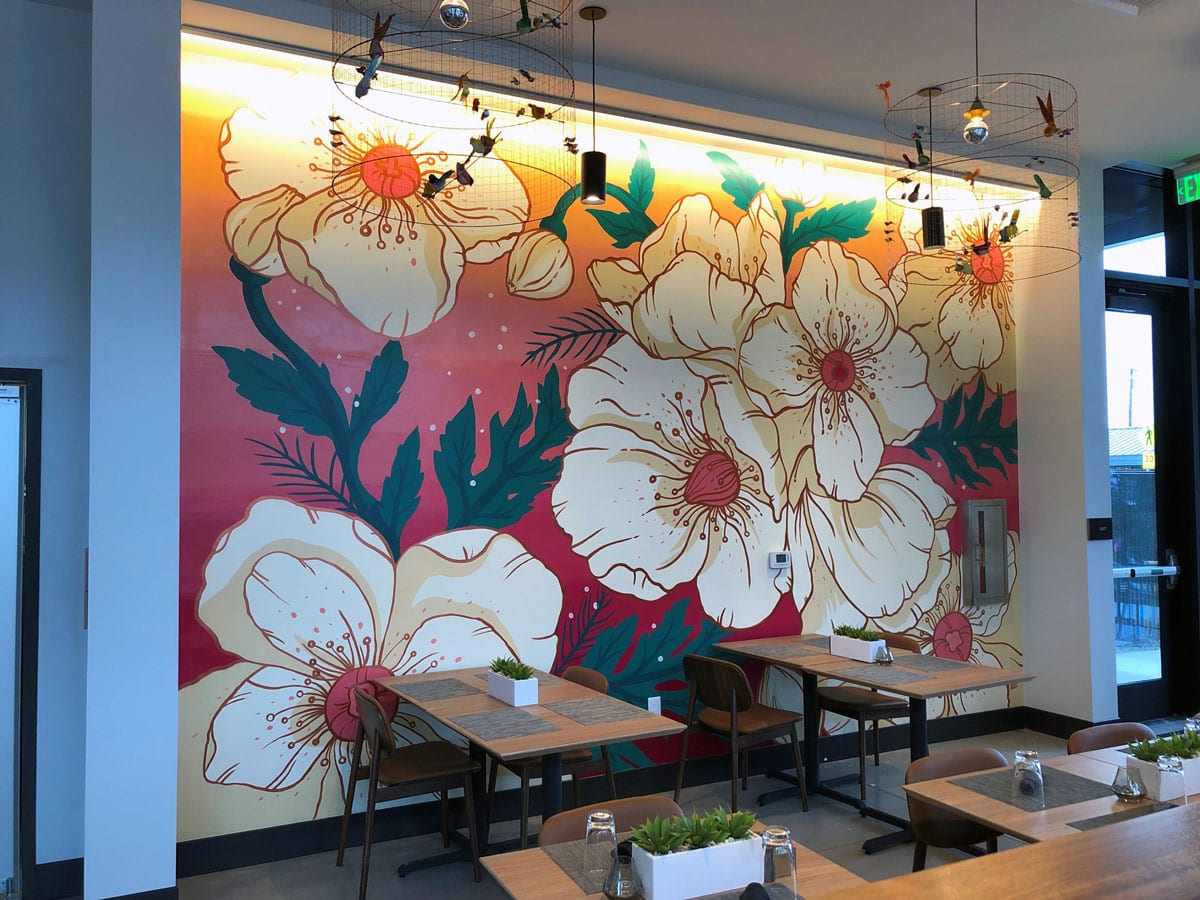 The $26 million hotel is one of at least a dozen other projects in the Roosevelt Row area owned or under development by True North, all with the goal of “embracing, enhancing and amplifying what’s already happening” in the artists’ district, according to Bustamante.

“It feels very welcoming, comforting and chic, but not pretentious; urban but still cozy,” she said. “I think it fits into the context of the neighborhood.” 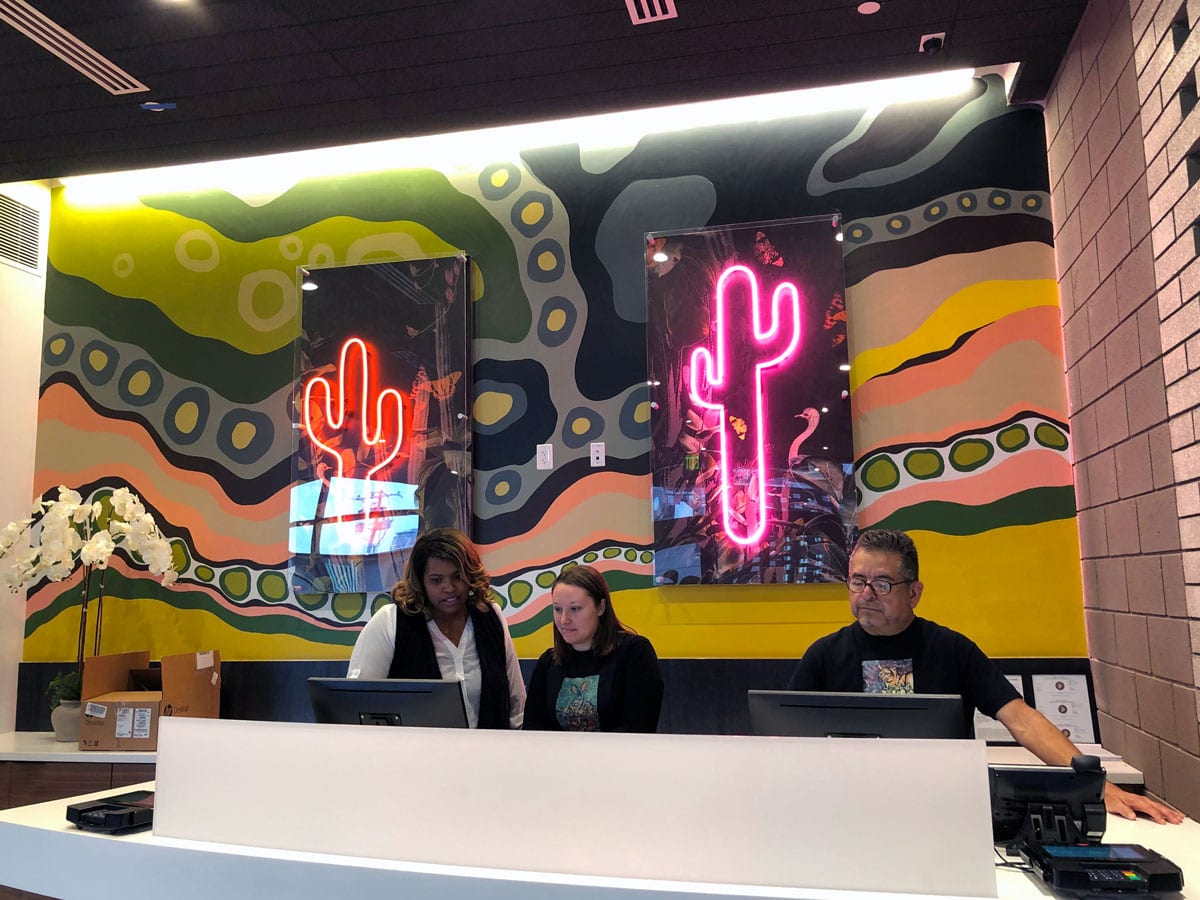 True North Studio worked with Artlink Inc. on a formal call to artists for the three five-story decal murals by Heather Freitas on the exterior walls of the hotel. The original triptych paintings can be found inside the lobby.

Additionally, local artist Craig Randich was selected to create a shade sculpture situated over the hotel’s entrance, and more art can be found throughout the hotel’s public spaces. 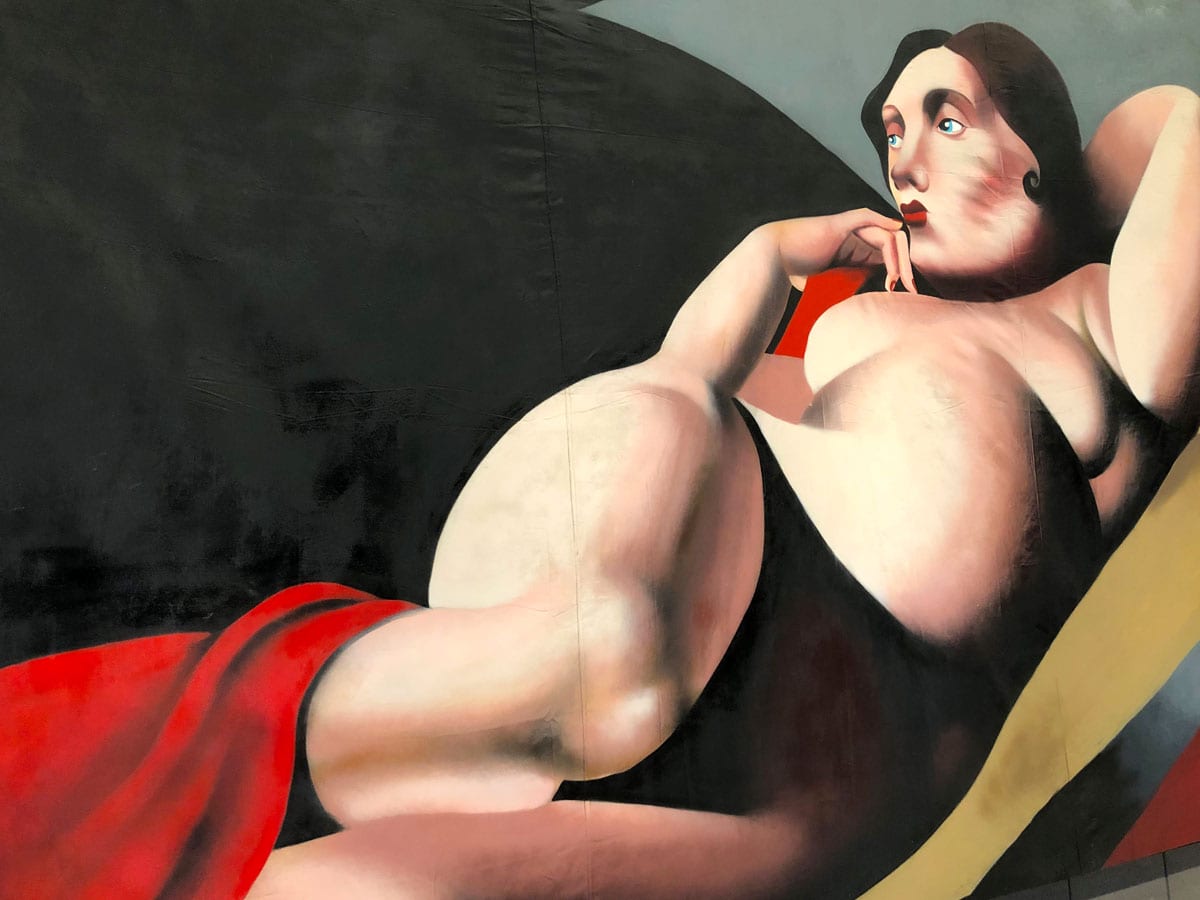 Inside Poppy, Cambria’s ground-floor restaurant, a floral mural by Nyla Lee is spread across the north wall. Another mural of blue faces by Austin Sanchez greets people getting off the elevator on their way to the rooftop bar, where they’ll find yet another colorful, abstract mural by Ashley Macias. 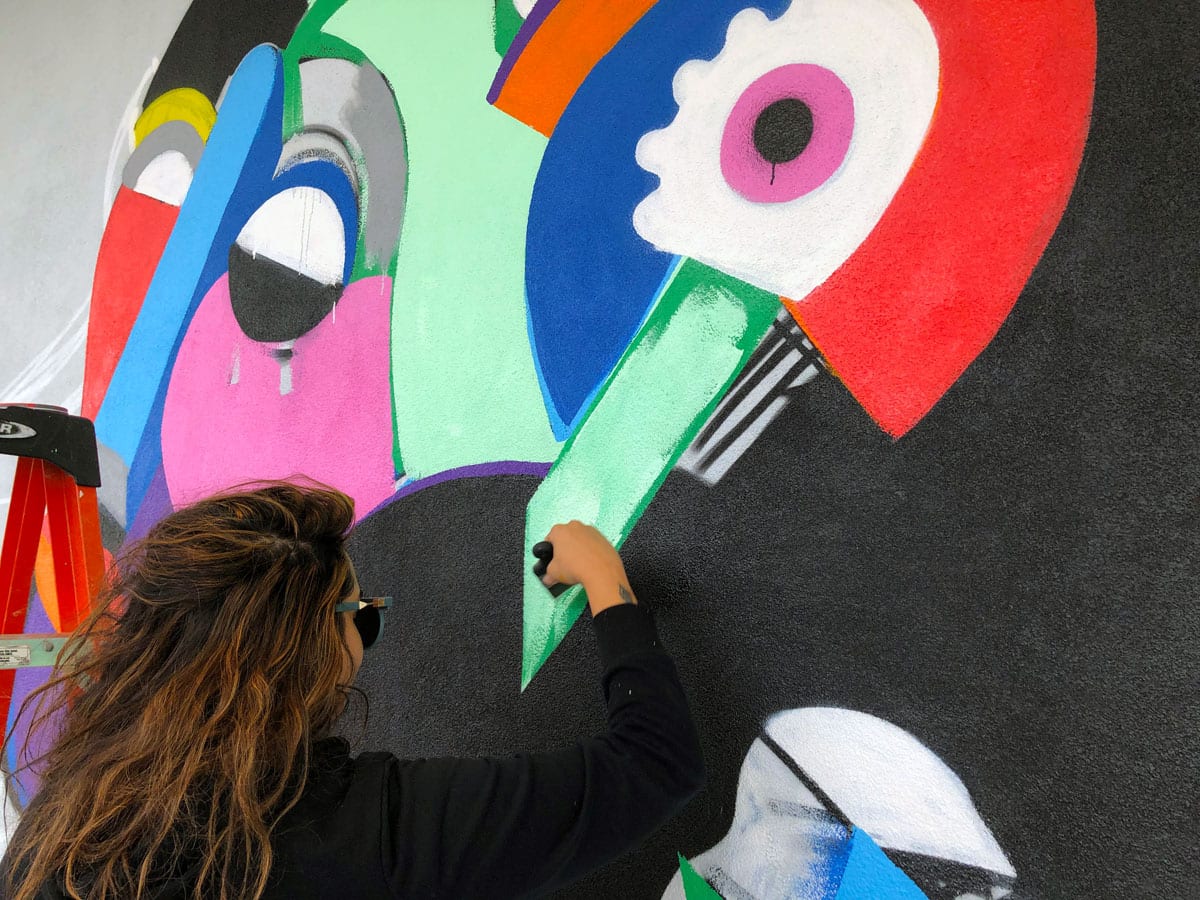 Kayla Newnam painted the wall behind the reception desk with whimsical shapes and earth tones, and additional pieces by Randy Slack, Antoinette Cauley, Tato Caraveo and a number of other local artists can be found throughout the ground floor, which has a gallery feel.

“The way this lobby is designed feels like it lends itself to displaying and showing art,” Bustamante said. “The way the lighting is positioned, the tall ceilings and clean walls — I think it’s going to be perfect for First Fridays and for people to come and see what we have to offer in Phoenix.” 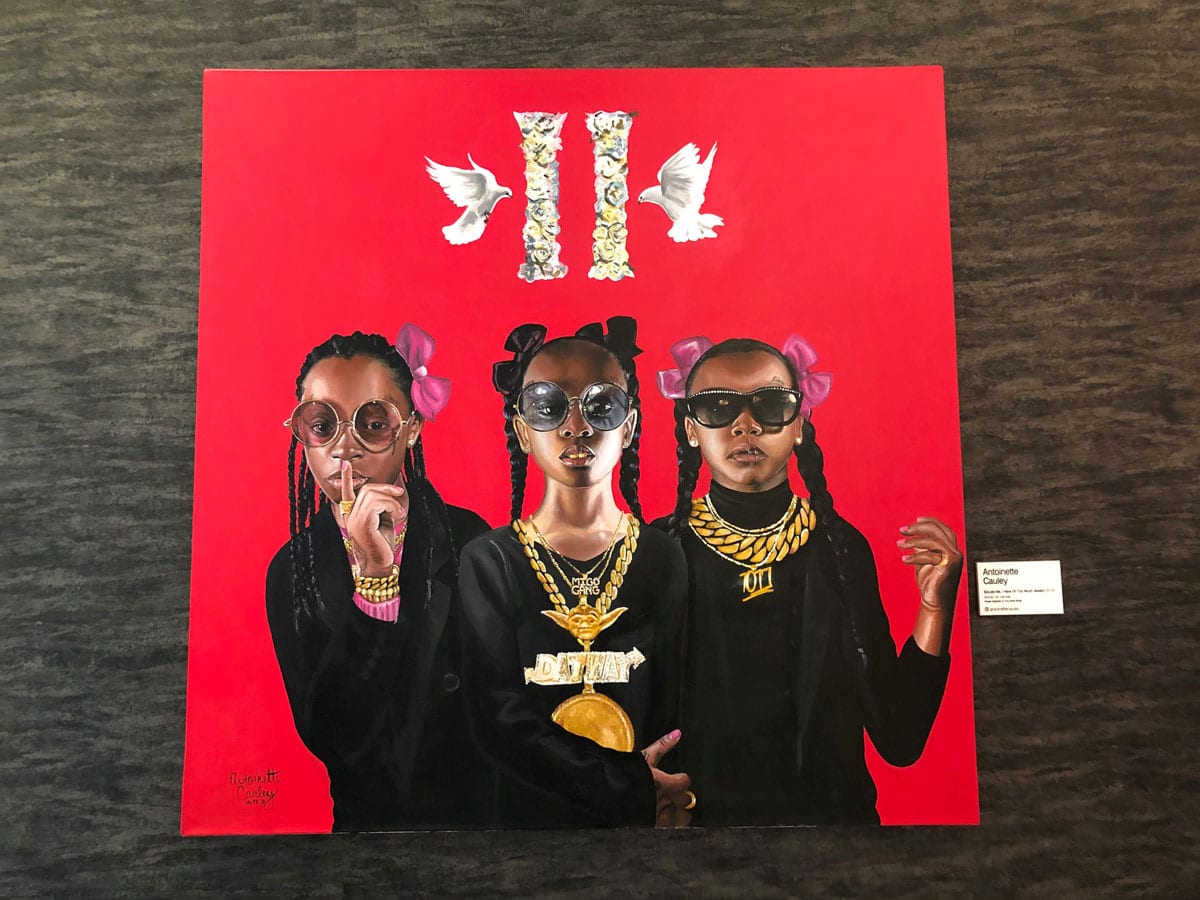 Many of the paintings found on the ground floor of the Cambria, including this one by Antoinette Cauley, were personally collected by Jonathan Vento, development partner at True North Studio. (Photo: Fara Illich)

Known for its First and Third Friday art walks, Cultiveat, Pie Social, and many other community events, Roosevelt Row was named Phoenix’s first “Great Place” by the American Planning Association in 2015. In recent years, it’s grown into a development hotbed, with some of the densest housing in the city, and dozens of bars and restaurants. 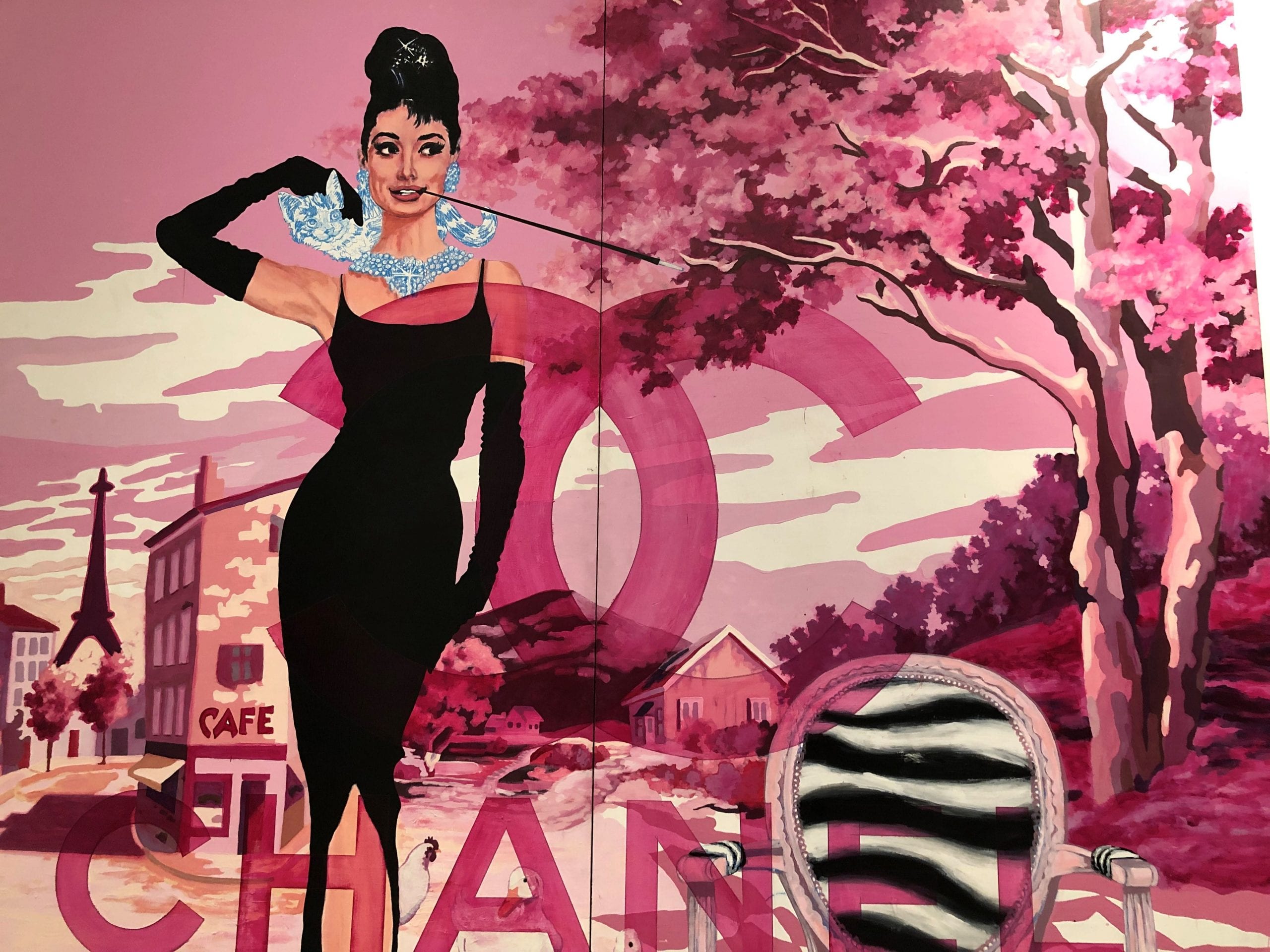 Just across the alley from the Cambria, True North opened Josephine on Jan. 3  — a new restaurant concept in a historic 1919 bungalow with a cocktail bar, Coup de Grâce, in the former detached garage behind the building.