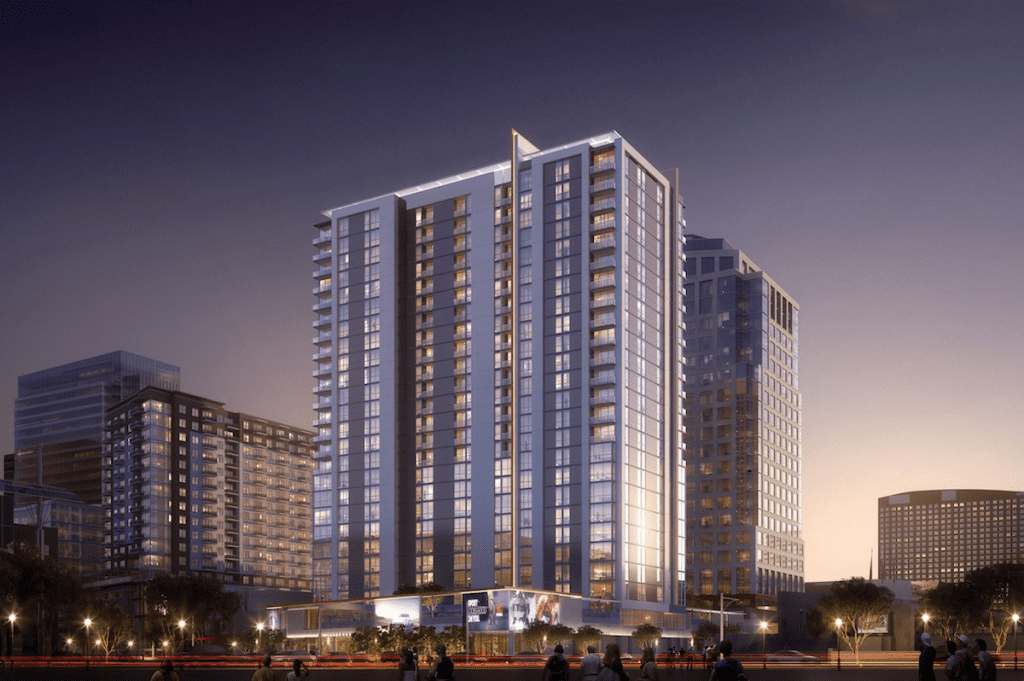 Hines’ 25-story luxury residential tower, Adeline, will be complete in early 2021 at the Collier Center. (Rendering courtesy of: Hines)

Block 23, Talking Stick Resort Arena and Chase Field will be getting a new 25-story neighbor early next year.

Hines, a Texas-based real estate firm, is bringing a luxury residential high-rise to Downtown Phoenix’s Collier Center. The 480,000-square-foot tower will add not only 379 housing units to a growing downtown, but also retail and restaurant space at the corner of Jefferson and Third streets.

Built mostly on vacant land at 222 E. Jefferson Street, the property is named Adeline – after one of Phoenix’s early female leaders who built the Valley’s first mansion. 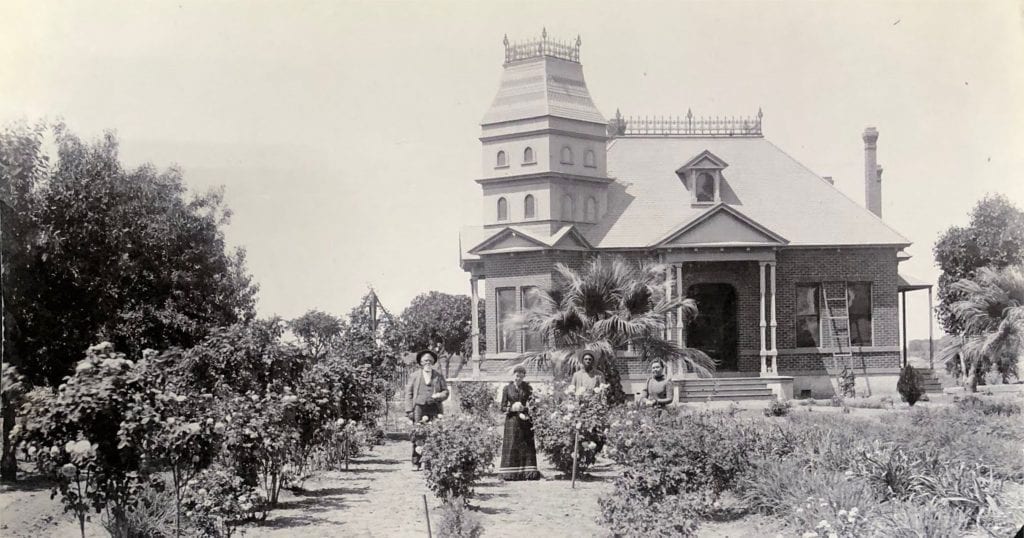 Adeline and her husband, Columbus, built the Valley’s first mansion in 1890 on Central Avenue near the Salt River. Her home had the first rose garden, vegetable garden and orchard. (Photo provided by: ON Advertising)

“Inspired by one of the city’s first great female leaders, the Adeline project pays homage to an important leader in our history, while offering ultra-luxurious interior design with a cutting-edge style, world-class amenities for busy lifestyles and a downtown retreat at an expansive private park,” said Chris Anderson, the senior managing director and Arizona leader for Hines.

Adeline broke ground on January 14, 2020, and construction is expected to be complete in early 2021.

Near two light rail stops and the new Fry’s grocery, “Adeline’s location offers the city’s luxury lease residents unparalleled access to the best of Downtown Phoenix’s transportation, entertainment and business,” according to Anderson.

Other amenities include a dog spa, bike storage, a coffee bar and concierge service located directly next to the main lobby on the street level.

Three levels of underground parking currently exist at the site which will be used for resident parking. Hines will also renovate 10,000 square feet of existing Collier Center office space.

Additional residential properties expected to break ground this year include Central Station – a redevelopment of the downtown bus transit center that will have 321 residential units – and Duo on Fillmore, a 254-unit apartment complex on Fillmore Street and Third Avenue. Currently, there are 3,072 housing units under construction in greater downtown.

“The skyline of Downtown Phoenix is dramatically changing,” said Christine Mackay, community and economic development director for the City of Phoenix. “Hines’ Adeline multifamily project is the first in a new series of high-rise towers that will remake what people think about Downtown Phoenix. This project sets the new standard for appearance and quality amenities others will want to emulate.”

Leasing for Adeline will begin in 2021, with an expected 75 studios, 179 one-bedroom apartments and 125 two-bedroom residences. Phoenix-based SmithGroup is the architect and Whiting-Turner, also based in Phoenix, is the general contractor.